Accessibility links
Map: How Joe Biden Defeated President Trump In 2020 Election Remarkably few counties shifted in the 2020 election, which saw sky-high turnout. The president's base voted in big numbers in rural areas, but Biden's gains in the suburbs propelled him to victory. 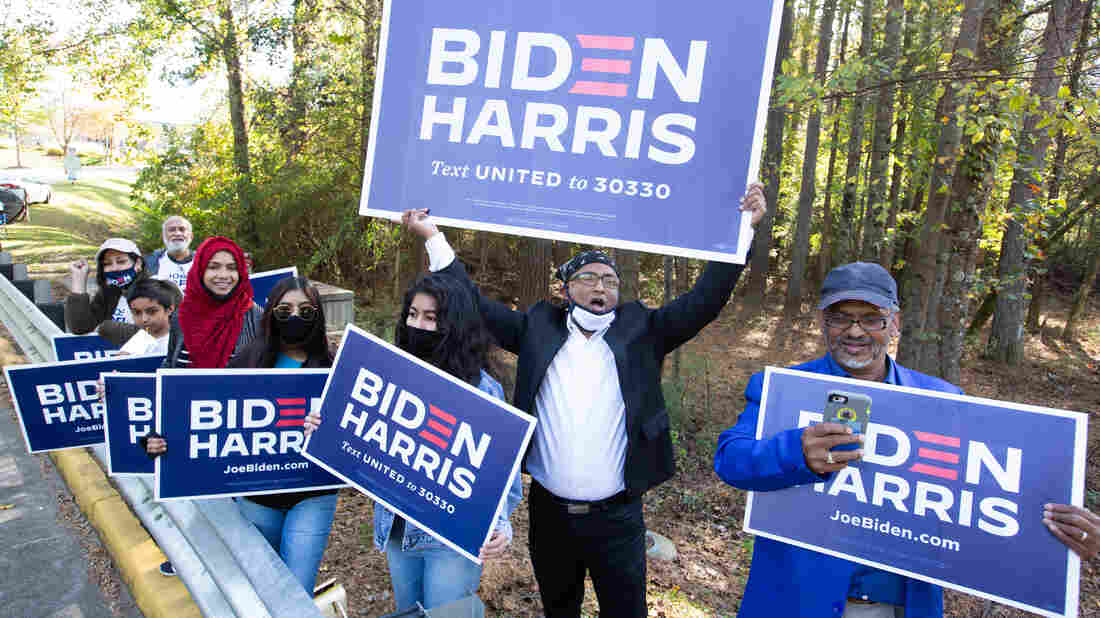 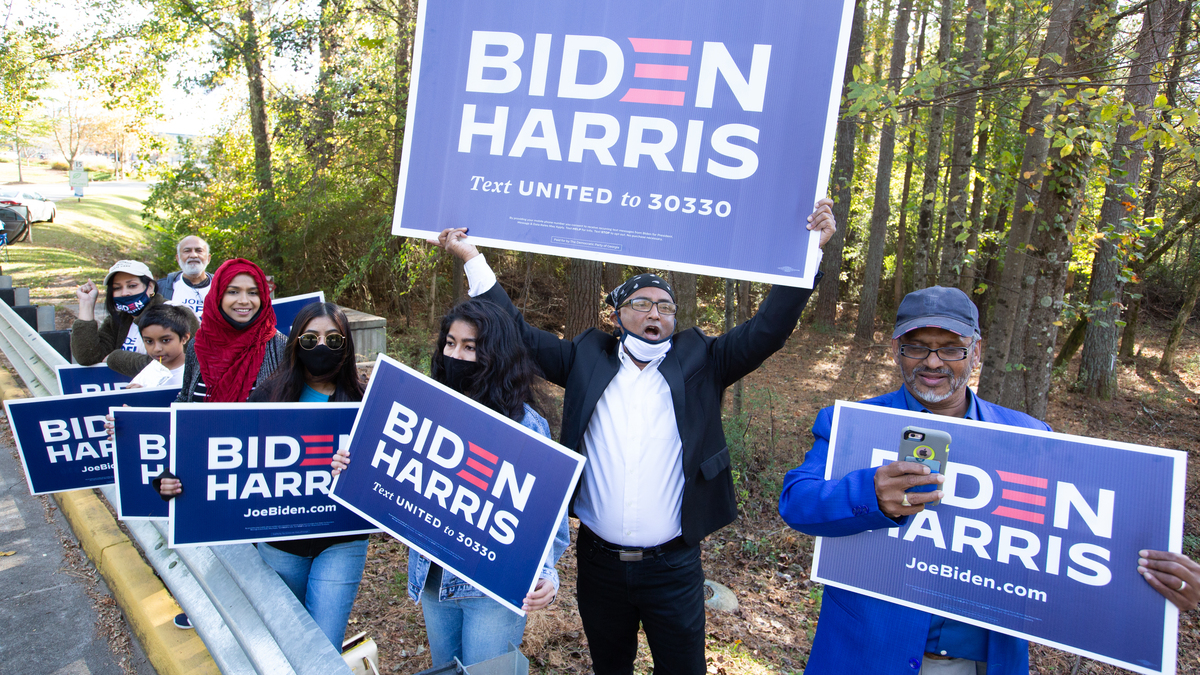 There was a debate in the runup to this year's presidential election about whether it would be a base election or a persuasion one. In other words, what would matter more for a candidate — turning out one side's core voters, or winning over undecideds and wavering supporters of President Trump?

Based on an NPR analysis of the more than 3,000 counties, it was, in fact, mostly a base election with some key persuasion in Democratic-leaning suburbs that went for Joe Biden by wider margins than they did for Hillary Clinton in 2016.

In 2020, there have been far fewer counties that flipped from one major party to the other, as compared with four years earlier. In 2016, 237 counties changed allegiances from 2012 — 216 of them went from President Barack Obama to Donald Trump.

Many metropolitan areas with high concentrations of Democratic-leaning voters went more strongly for Biden than for Clinton in 2016, and he blew out margins in populous suburbs in key states like Pennsylvania and Georgia.

But Trump's promise to turn out more voters open to his message worked, too. The president won by even wider margins in many rural areas than he did in 2016.

The result: sky-high turnout. More than 155 million ballots have been tallied, and with the counting still going in some states, that tally could go higher than 158 million. That would be a turnout rate of eligible voters of almost 67%, the highest since 1900.

Trump was the top factor in the 2020 election, and he turned out record numbers of voters — both for and against him.

The overwhelming majority of counties didn't change hands. But voters in many parts of the highly populated Northeast; in cities in key Midwestern states, the West and West Coast; and in many suburban areas went for Biden by wider margins than for Clinton.

And rural areas and many places with high concentrations of white voters without college degrees went even more strongly for Trump than they had in 2016. That was seen as a tall task, given he won a record margin with this core group four years ago.

Trump promised to turn out more of them and did so, but Biden's gains, primarily in the suburbs, offset that turnout. Biden currently holds almost a 6 million-vote lead in the popular vote. Trump lost the popular vote by almost 3 million in 2016.

Notably, Trump also made inroads in counties with significant Latino populations in places like South Florida and South Texas. Those improvements helped Trump win those two big states more comfortably than the preelection polls had shown.

In Texas in particular, it's notable that Biden did better than Clinton had in 2016 in Dallas, Austin, Houston and in some surrounding suburban counties. But that was offset by Trump's gains in South Texas and the increased turnout in more rural areas.

So just looking at the map, the country looks stretched even further apart. Trump remains one of the most polarizing figures in American presidential history, and President-elect Biden inherits a deeply divided nation in the midst of health, economic and racial crises.

Arizona: Every election, most of the vote in Arizona comes from Maricopa County, home to Phoenix. That was no different this year, as more than 60% of the state's vote came from Maricopa. So winning it is key. And that's exactly what Biden did.

Biden became the first Democrat since Harry Truman in 1948 to win Maricopa, which is fast-growing and diversifying. (Note that in the graphic below, Maricopa is listed solely as an urban county.) Biden defeated Trump there, 50% to 48%, or by about 45,000 votes. Biden's statewide margin: a little over 10,000.

Trump actually increased his margins in the rural counties overall, but Biden also gained significantly in Pima County, where Tucson is. There, Biden won by 40,000 more votes than Clinton in 2016.

Michigan: Votes for Democrats in Michigan start in Detroit, or Wayne County. About 1 in 5 Biden votes in the state came from Wayne County. He won it by 32,000 more votes than Clinton did.

Biden made up even more votes in the suburbs, improving more than 94,000 over 2016 just from four counties — Oakland, Washtenaw, Macomb and Ottawa. And more than half of those votes came from Oakland.

Biden actually won Philadelphia by thousands fewer votes than Clinton. But he more than made up for it in the suburbs. In just four counties — Montgomery, Delaware, Chester and Bucks — Biden improved on the 2016 margin by about 100,000 votes.

Trump did gain in some rural counties, but this is one state where Biden did cut into Trump's margins in some redder places, like Lancaster County.

Biden also chipped away in some more rural and suburban areas, even Waukesha, the heavily Republican county. Biden cut into Trump's margin there by 7,500 votes.

Georgia: Like Pennsylvania, Georgia was all about the suburbs around one city, Atlanta. Though The Associated Press hasn't called a winner in the narrowly contested state, Biden rode a demographic wave of change in Georgia to likely become the first Democrat to win it since Bill Clinton in 1992.

Back then, though, Georgia was far more white. Now, it is nearly evenly split between white and nonwhite. Trump won the state by more than 211,000 votes in 2016, but Biden made up for that in and around Atlanta.

Biden won an almost 65,000 wider vote margin than Clinton in Fulton, where Atlanta itself is, but also more than 190,000 in the suburbs of DeKalb, Gwinnett, Cobb, Clayton and Henry counties.