Accessibility links
In 'This Is Not My Memoir' André Gregory Recounts Tales Of Childhood And The Theater The avant-garde theater director and actor pairs up with writer-director Todd London to present the story of his multi-faceted life, full of dramatic ups and downs — and celebrities. 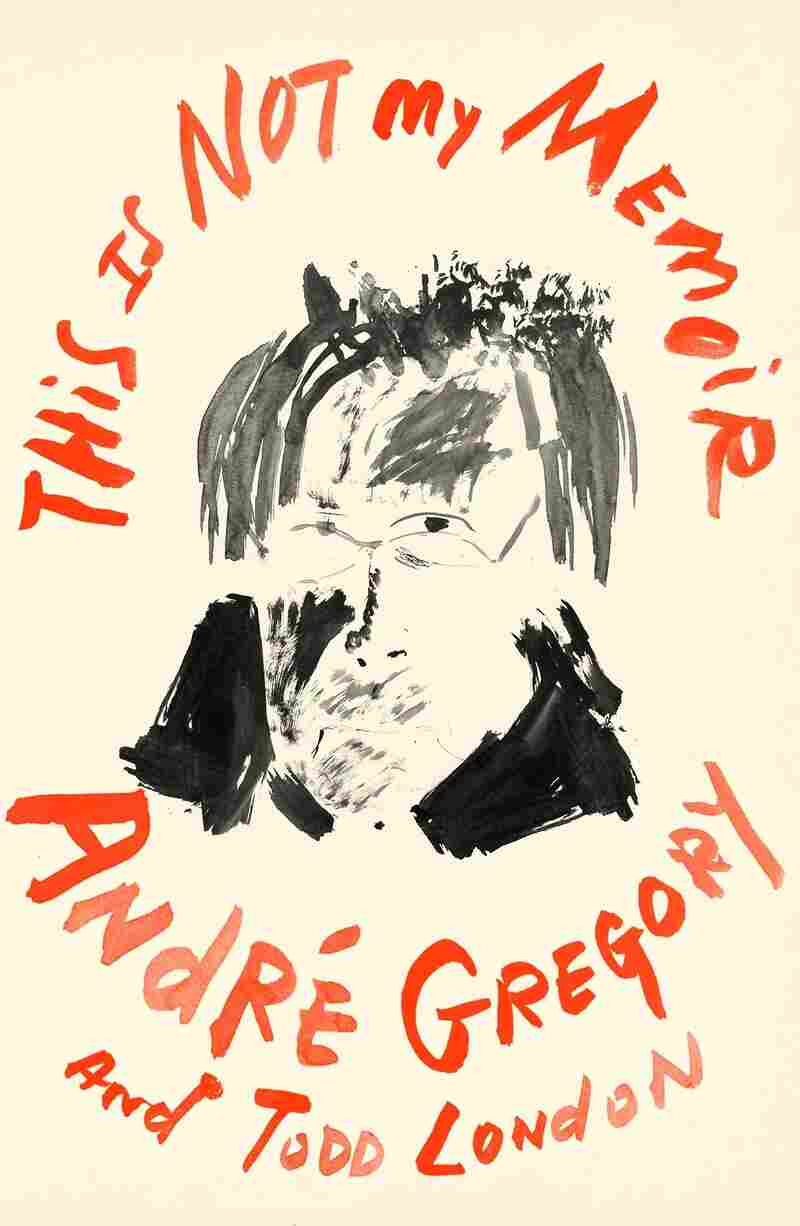 This Is Not My Memoir, by André Gregory and Todd London Farrar, Straus and Giroux hide caption 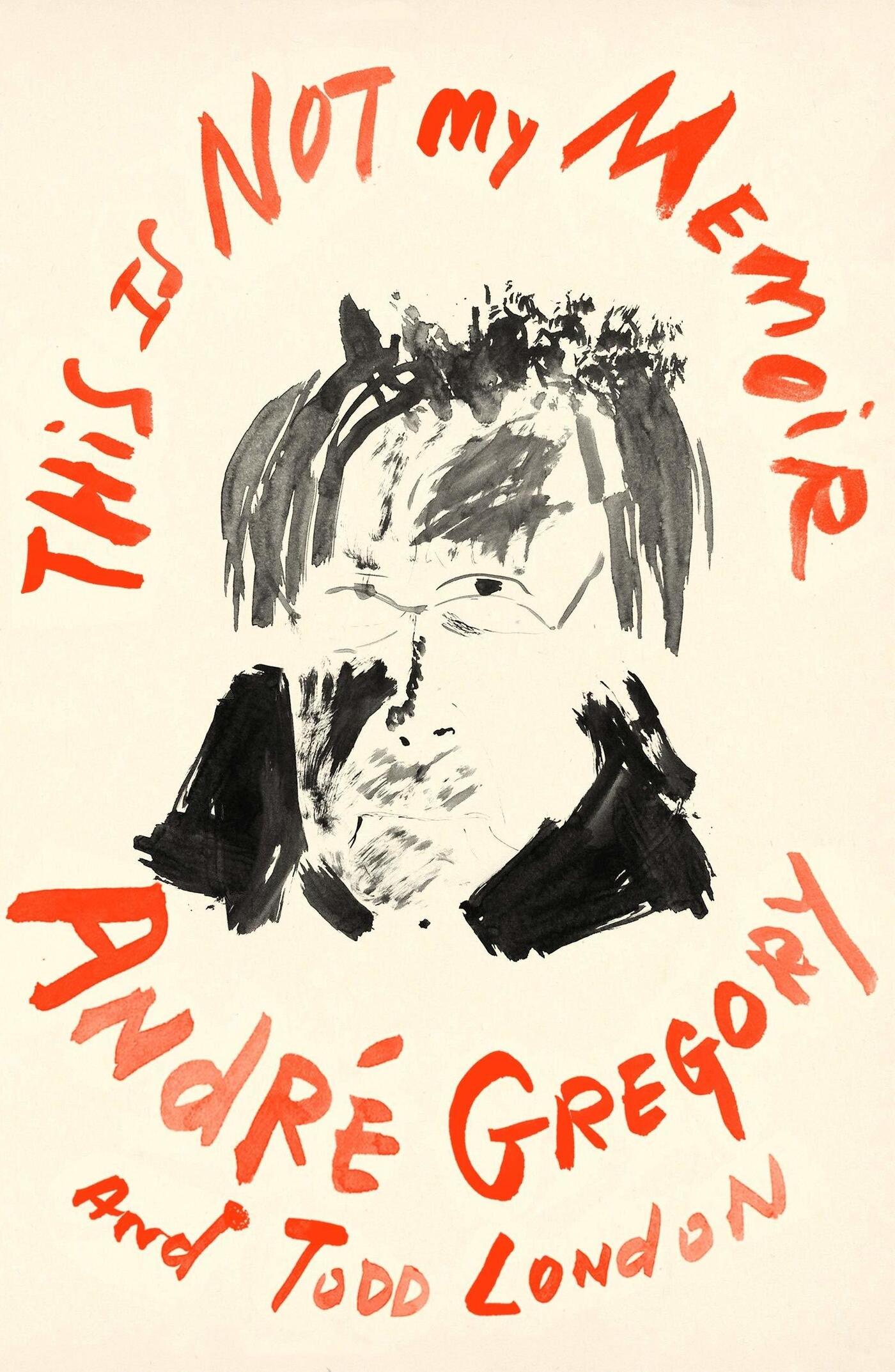 This Is Not My Memoir, by André Gregory and Todd London

As anyone who has seen the 1981 film classic My Dinner with André knows, avant-garde theater director and actor André Gregory is a wonderful raconteur.

His multi-faceted life, full of dramatic ups and downs (and celebrities!), is rich material for memoir. Like the dramatic arts, memoir is a great vehicle for conveying character as well as stories. Yet when urged to write about his life, Gregory said he preferred his "blissful" present to dwelling in the past, and balked at the implied proximity to death. Thus his book's maverick title.

Shaping This is Not My Memoir, the 86-year-old author's first book, into more than just a motley collection of anecdotes was apparently an uphill battle — which explains Todd London's co-author byline and the book's as-told-to flavor. Fortunately, the result, while not perfect, is well worth the effort. Gregory has led an amazing life in the arts, and his behind-the-scenes accounts of the years-long rehearsal processes leading to productions such as Vanya on 42nd Street will be especially fascinating to theater and film aficionadoes.

Gregory's life was interesting even before he found his vocation playing Petruchio in The Taming of the Shrew at St. Bernard's, the tony Manhattan boys' school at which he was otherwise miserable. He was born in Paris in 1934 to Russian-Jewish parents who fled Stalin's Soviet Russia to Berlin, and then fled from the Nazis to Paris, and in 1939, to London and ultimately, New York. Along the way — because anti-Semitism was rampant even in America — they changed their name from Josefowitz to Gregory and tried to pass themselves off as aristocratic White Russians who had survived the Bolshevik Revolution.

Before depression hobbled him, Gregory's father made a fortune wherever he landed. He exported furs to the United States from Russia, and represented Moscow in Berlin for IG Farben, the German chemical company that later developed the Zyklon B gas used in Nazi death camps. Gregory speculates that his father's dealings with Germans before the war were not strictly kosher. In America, he bought up valuable real estate at depressed prices.

Funded by his father's financial success, Gregory led a privileged childhood and a comfortable adulthood. Wartime summers were spent in Westwood, Calif., at a house on Sunset Boulevard rented from Thomas Mann. His parents threw parties packed with celebrities they met through Marlene Dietrich, whom they knew from Berlin. These included the Marx Brothers, Greta Garbo, Fred Astaire, and his mother's lover, Errol Flynn.

But it was not a happy childhood. Gregory comments, "My parents were great survivors, but they were wretched parents, negligent and self-absorbed, petty and often mean." He writes that he has spent much of his life in therapy trying to repair the damage.

Gregory also sought teachers, gurus, and father-figures. He counts among his greatest influences Bertolt Brecht's Berliner Ensemble, where he learned that theater is "not a casual endeavor." He writes that Lee Strasberg, "the guiding patriarch of the Actors Studio and American Method acting," was "an artistic father to me... [but] he was emotionally cut off, just as I was then."

After graduating from Harvard in 1956, Gregory bounced between various off-Broadway and out-of-town stage managing jobs, most of which did not end well. His wildly transgressive productions were often repulsive to both cast and audiences. A show called "Bechch" featured odors so putrid they made an actor vomit. One of his shows, Leda Had a Little Swan, "was, to my knowledge, the first play in Broadway history to close the night before it opened. It also sealed my reputation as a lunatic, an angry young wild man."

Of course there were some successes — including the Manhattan Project's Alice -- but after his beloved company dissolved in 1975, Gregory entered a long fallow period of spiritual quests. His fruitful work with Wallace Shawn on My Dinner with André and later Vanya refreshed his theatrical career, but he says that the loss of his first wife after 33 years together is what really changed him. "I didn't become a part of the human race until I was faced with Chiquita's illness and death," he writes.

Although there are supposedly no second acts in America, Gregory says he got lucky. In 2000, he married filmmaker Cindy Kleine, whom he says "has unified me." Her 2014 documentary, André Gregory: Before and After Dinner makes a nice companion piece to this book. It was Cindy who encouraged him to take up painting, which has become another artistic outlet.

Unfortunately, as Gregory notes, "Happiness never makes as good a story as distress." The latter part of this memoir devolves into mawkish declarations of contentment and life philosophy: "I believe — and this is very, very important to emphasize — that love is all...." Far more interesting is Gregory's takeaway from Vanya. Chekhov, he says, writes about "the very human error of yearning for what you can never have, instead of celebrating what you do have." The reluctant memoirist obviously took note.