Accessibility links
After 7 Months And 1,400 Gallons Of Paint, 1 Seriously Large Painting Is Finally Done Sacha Jafri took over the ballroom of a Dubai hotel to produce the massive work. "The Journey of Humanity" will be auctioned off to fund health and education needs for kids living in poverty. 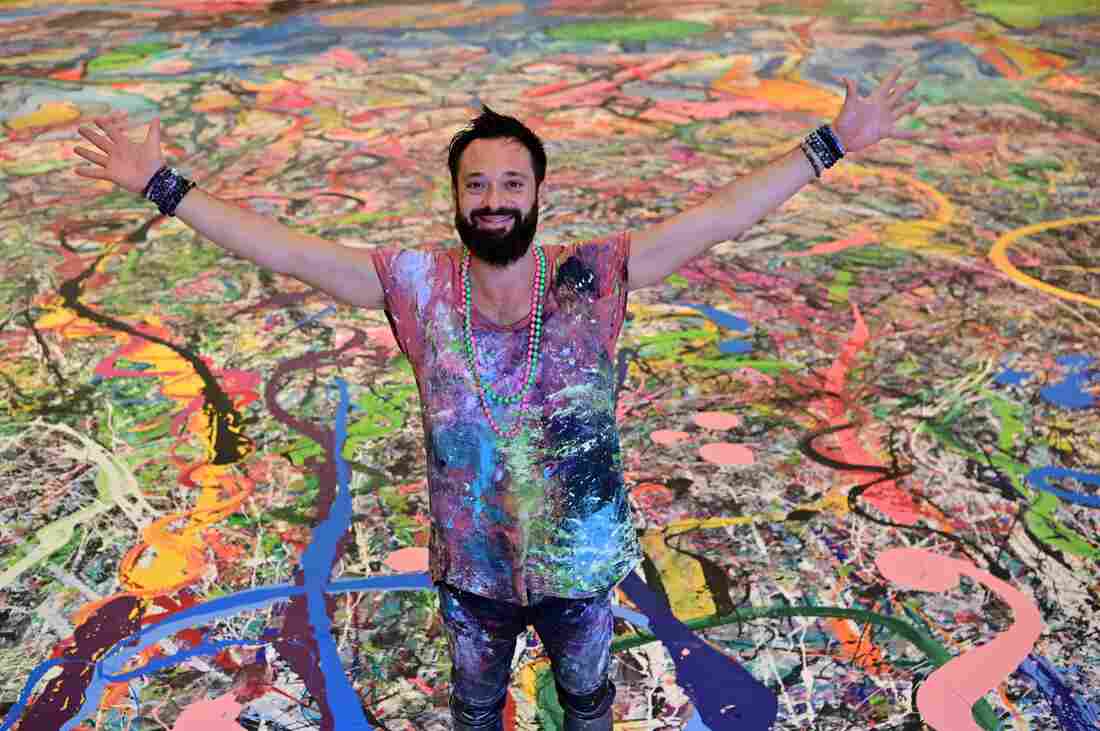 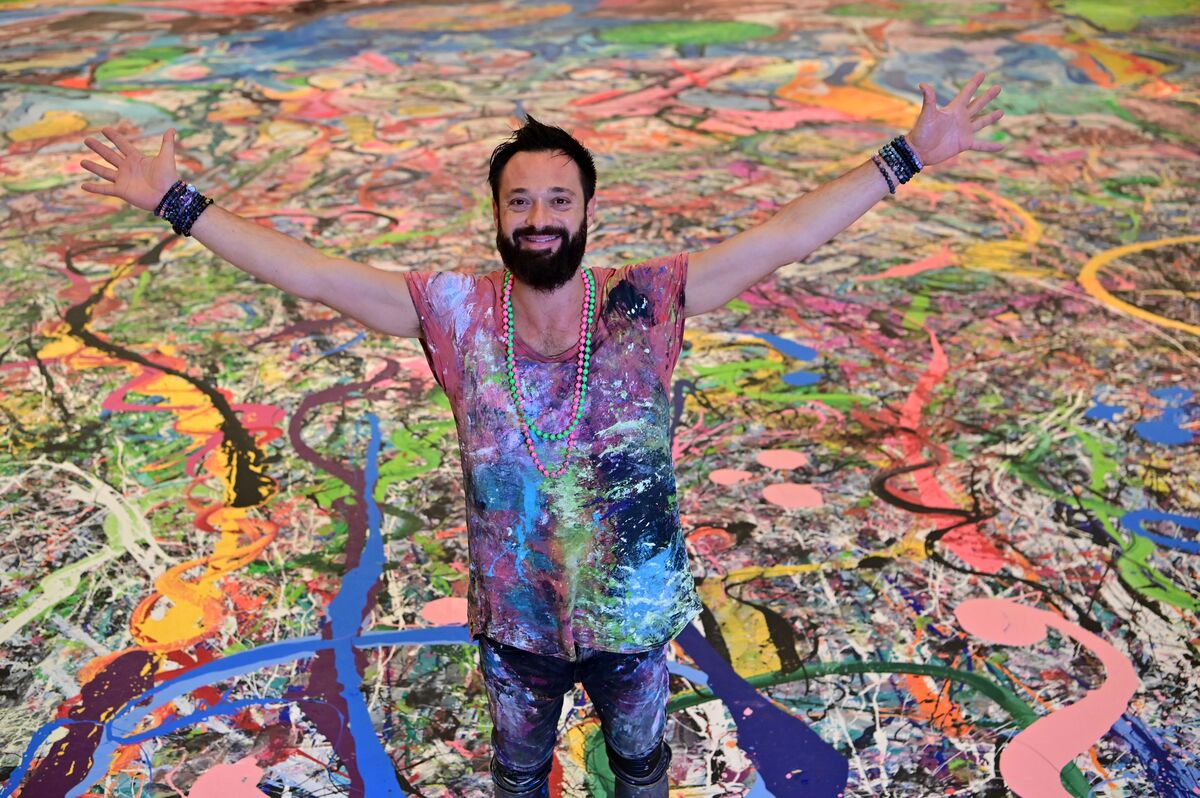 Artist Sacha Jafri, standing on his gigantic painting entitled "The Journey of Humanity," hopes to raise $30 million to fund health and education initiatives for children living in poverty worldwide.

It only took seven months, 20-hour work days and 1,400 gallons of paint, but one of the largest paintings ever to be attempted is now complete.

British artist Sacha Jafri made his final brush stroke this month atop two gutted ballroom floors of Dubai's Atlantis resort, his canvas for the brightly colored oil painting, titled "The Journey of Humanity."

At roughly 17,000 square feet, the painting is about the size of three-and-a-half basketball courts. Jafri says he used 1,100 brushes and more than 300 layers of paint to create the painting.

He couldn't have done it without the help of some smaller artists — he incorporated artwork electronically submitted by children from over 140 countries.

"The child has this beautiful purity and the child is most connected to the soul of the Earth because the child is all about that beginning of life, that purity," Jafri said. "They have the freedom of expression."

The painting is about connection, Jafri said, and is made up of four sections. The first depicts the "soul of the Earth," which flows into the remaining sections: nature, humanity and lastly, the solar system.

Jafri plans to cut the gargantuan canvas into 60 separate panels, each piece a reminder of the artist's philosophy.

"If we can remind ourselves how small we are, we can actually embrace humility. And with humility, we can become truly great," he said.

The panels will be auctioned off at a February charity event to support online learning, health care and sanitation in impoverished communities around the world further devastated by the coronavirus pandemic. He hopes to raise $30 million in partnership with The Global Gift Foundation, UNICEF, UNESCO and Dubai Cares.

NPR's Milton Guevara, Chad Campbell and Simone Popperl produced this story for broadcast. Emma Bowman adapted it for the Web.