Accessibility links
The 'Sonic Genius' Behind Michael Jackson's 'Thriller' Has Died Audio engineer Bruce Swedien, who shaped the sound of several albums with Michael Jackson and Quincy Jones, died Monday at age 86. He also collaborated with artists from B.B. King to Jennifer Lopez.

The 'Sonic Genius' Behind Michael Jackson's 'Thriller' Has Died

The 'Sonic Genius' Behind Michael Jackson's 'Thriller' Has Died 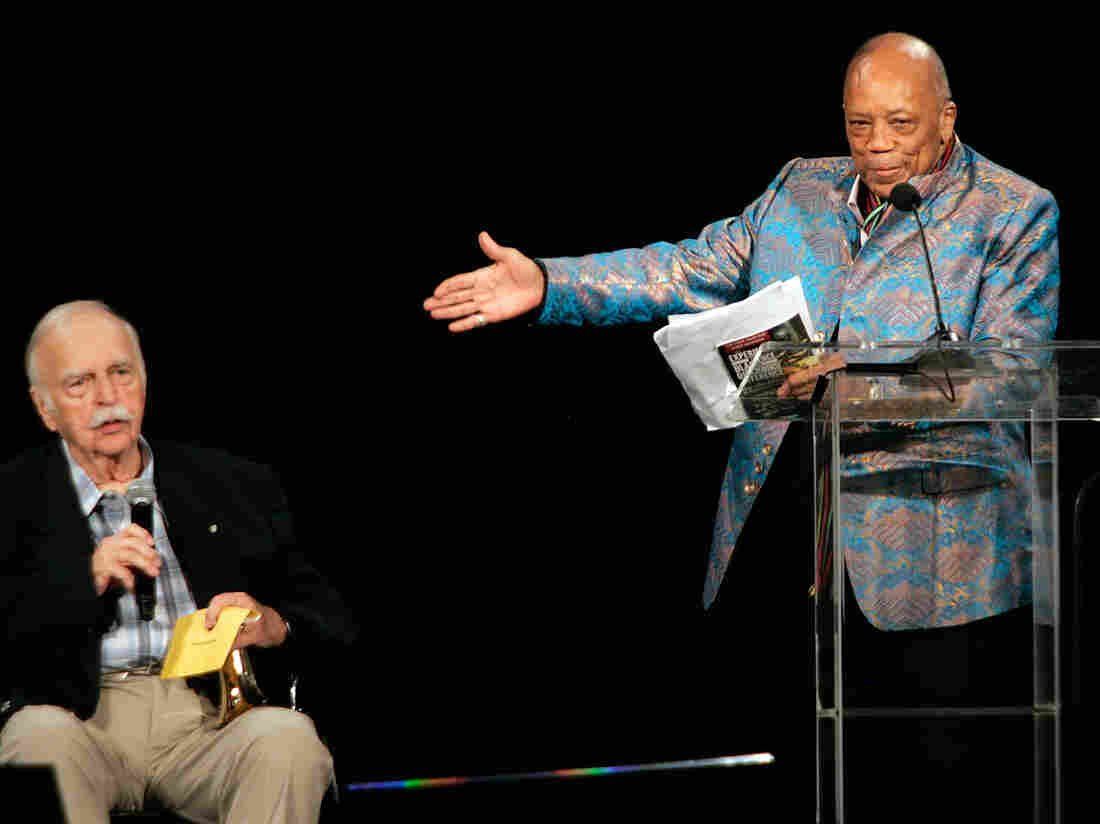 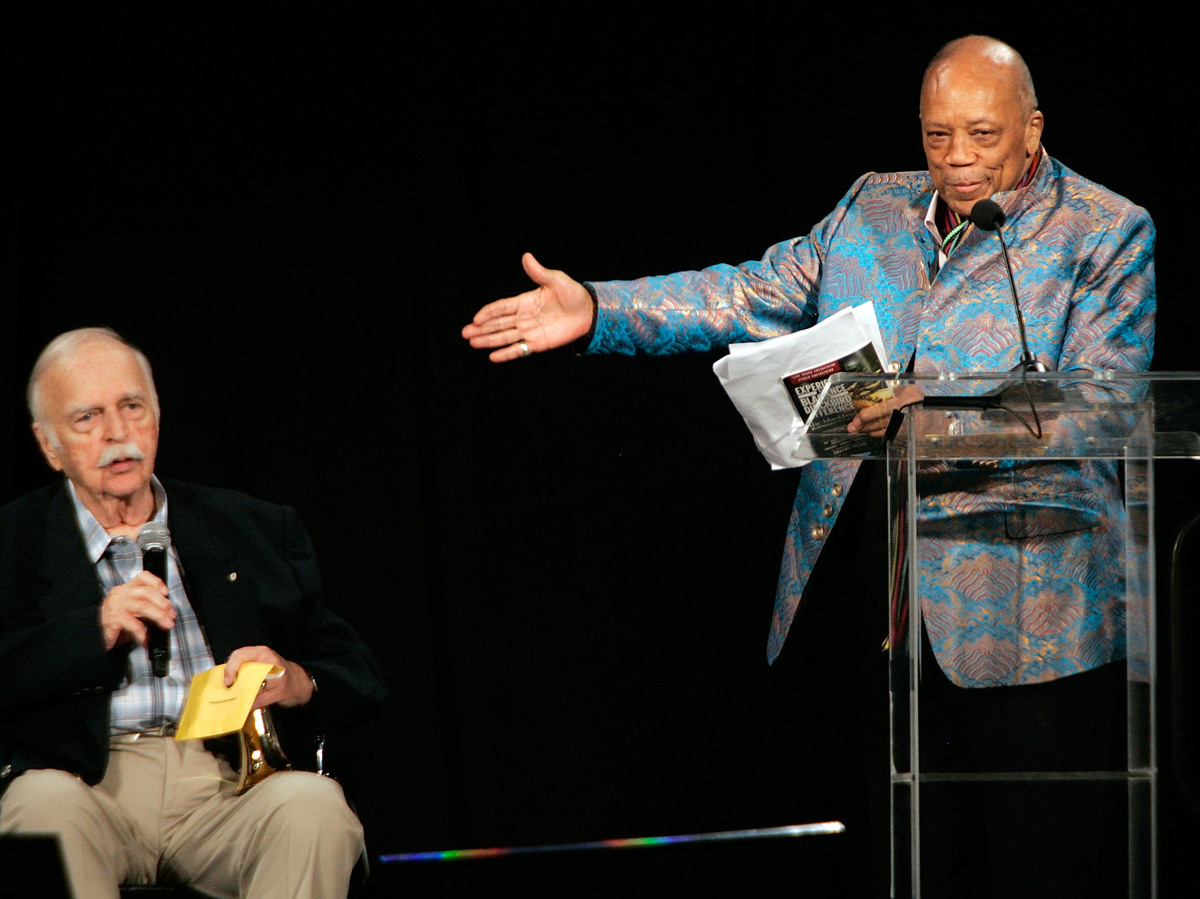 Bruce Swedien and Quincy Jones onstage together, speaking at the Pensado Awards for audio engineering in Culver City, Calif. in 2015.

One of the people most responsible for the unique sound of Michael Jackson's Thriller album has died. Bruce Swedien was 86 years old when he died Monday. His daughter, Roberta Swedien, announced his death on Facebook, saying that her father "passed away peacefully." No cause of death was given.

Over a career that spanned some seven decades, Swedien (pronounced "swi-DEEN") helped shape recordings by everyone from Count Basie to Barbra Streisand — as well as working closely with Michael Jackson and producer Quincy Jones. Along with Thriller, the trio's work together included Dangerous, and Bad — all netting Swedien Grammy Awards for engineering. (Swedien's other Grammy Awards came courtesy of other Quincy Jones projects: 1989's Back on the Block and 1995's Q's Jook Joint.)

On Tuesday, Quincy Jones paid tribute to his close friend and colleague on Instagram. In part, Jones wrote: "There are not enough words to express how much Bruce meant to me ... He was without question the absolute best engineer in the business, and for more than 70 years I wouldn't even think about going into a recording session unless I knew Bruce was behind the board."

Swedien is best known for recording, mixing, and assisting in producing Thriller — one of the best-selling albums of all time. But his career extended far before and past that era. When he was only 21, the Minneapolis-born Swedien was recording the Chicago Symphony Orchestra for RCA Victor.

He soon moved to working for Universal Recording Studios in Chicago, where he worked with many great jazz artists, including Count Basie, Duke Ellington and Sarah Vaughn. His first big pop hit came in 1962 — with Frankie Valli and the Four Season's "Big Girls Don't Cry." It was also during that period that he first met Quincy Jones, with whom he soon worked on The Wiz -- where he met Michael Jackson.