Accessibility links
Space Is Dark, But Scientists Have Found Unexplained Light Scientists have used a NASA probe way out in space, beyond Pluto, to measure visible light that's not connected to any known source such as stars or galaxies. 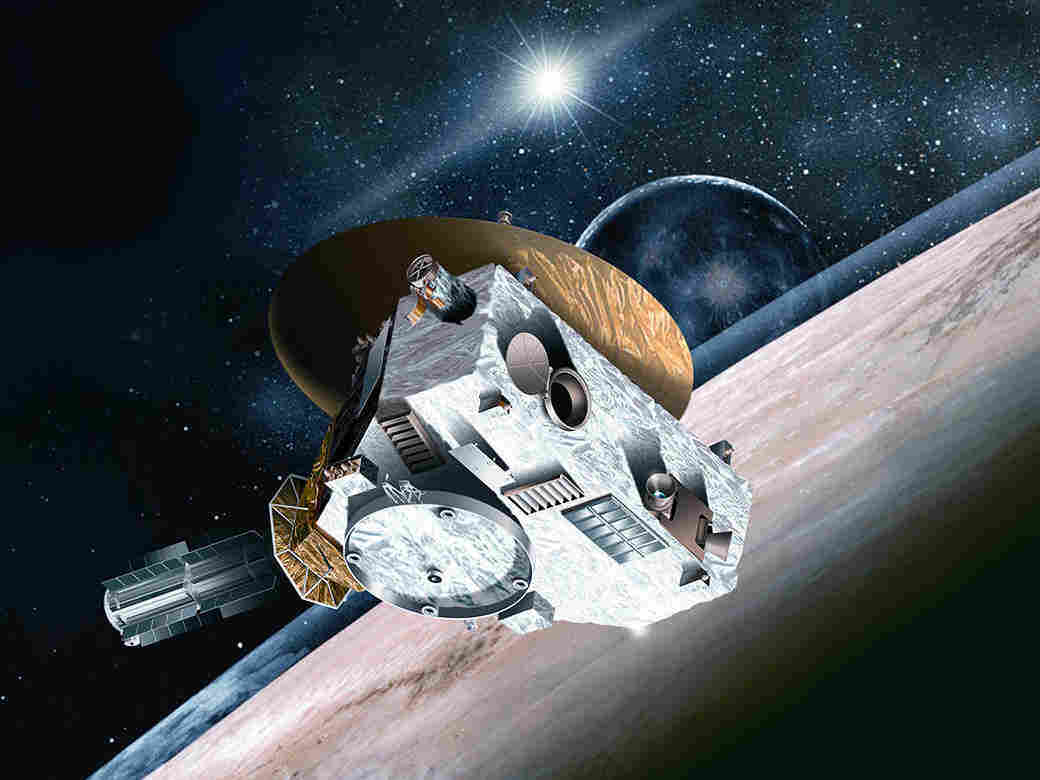 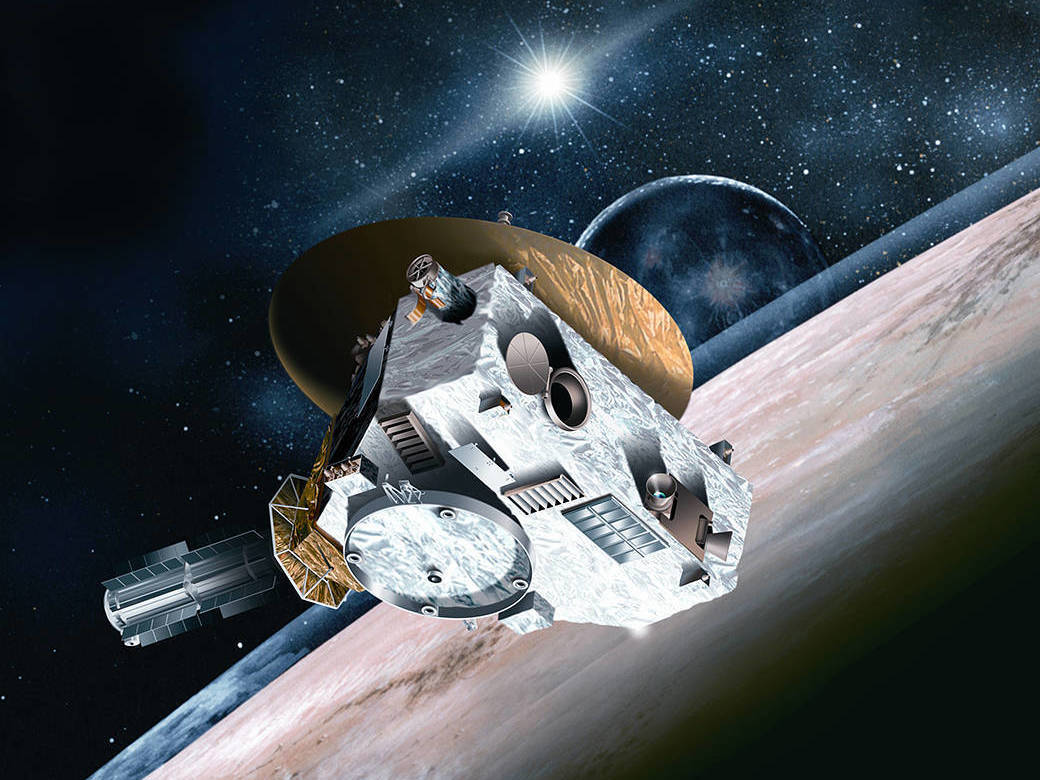 Scientists have used the New Horizons spacecraft, billions of miles from Earth, to measure the darkness of space.

Look up at the night sky and, if you're away from city lights, you'll see stars. The space between those bright points of light is, of course, filled with inky blackness.

Some astronomers have wondered about that all that dark space — about how dark it really is.

"Is space truly black?" says Tod Lauer, an astronomer with the National Science Foundation's National Optical-Infrared Astronomy Research Laboratory (NOIRLab) in Arizona. He says if you could look at the night sky without stars, galaxies and everything else known to give off visible light, "does the universe itself put out a glow?"

It's a tough question that astronomers have tried to answer for decades. Now, Lauer and other researchers with NASA's New Horizons space mission say they've finally been able to do it, using a spacecraft that's traveling far beyond the dwarf planet Pluto. The group has posted its work online, and it will soon appear in The Astrophysical Journal.

New Horizons was originally designed to explore Pluto, but after whizzing past the dwarf planet in 2015, the intrepid spacecraft just kept going. It's now more than 4 billion miles from home — nearly 50 times farther away from the sun than the Earth is.

That's important because it means the spacecraft is far from major sources of light contamination that make it impossible to detect any tiny light signal from the universe itself. Around Earth and the inner solar system, for example, space is filled with dust particles that get lit up by the sun, creating a diffuse glow over the entire sky. But that dust isn't a problem out where New Horizons is. Plus, out there, the sunlight is much weaker.

To try to detect the faint glow of the universe, researchers went through images taken by the spacecraft's simple telescope and camera and looked for ones that were incredibly boring.

Then they processed these images to remove all known sources of visible light. Once they'd subtracted out the light from stars, plus scattered light from the Milky Way and any stray light that might be a result of camera quirks, they were left with light coming in from beyond our own galaxy.

They then went a step further still, subtracting out light that they could attribute to all the galaxies thought to be out there. And it turns out, once that was done, there was still plenty of unexplained light.

In fact, the amount of light coming from mysterious sources was about equal to all the light coming in from the known galaxies, says Marc Postman, an astronomer with the Space Telescope Science Institute in Baltimore. So maybe there are unrecognized galaxies out there, he says, "or some other source of light that we don't yet know what it is."

The new findings are sure to get astronomers talking.

"They're saying that there's as much light outside of galaxies as there is inside of galaxies, which is a pretty tough pill to swallow, frankly," notes Michael Zemcov, an astrophysicist at Rochester Institute of Technology, who was not part of the research team.

A few years ago, Zemcov and some colleagues analyzed New Horizons data in a similar way. Using fewer images, they made a less precise measurement, but it was still compatible with the current results.

He says for 400 years, astronomers have been studying visible light and the sky in a serious way and yet somehow apparently "missed half the light in the universe."

"It's very difficult to turn around and say to the astronomical community, like, 'Hey, guys, we're missing half of the stuff out there,' " Zemcov says. Still, he buys the results: "I think the work is really solid."

So where does the light come from? Perhaps, he says, there are far more small, faint dwarf galaxies and other faint regions on the outskirts of galaxies that instruments such as the Hubble Space Telescope can't detect and so scientists just aren't aware of them. Or maybe there's more dust out there interfering with the measurements than scientists expected.

Or perhaps there's a more exotic explanation — some unknown phenomenon out in the universe that creates visible light. It's even possible it's something associated with dark matter, a mysterious form of matter that exerts a gravitational pull on visible matter but has never been seen directly.

"As a person who studies the universe, I really want to know what the universe is made of and what are all the components of the universe," Postman says. "We would like to think that the components that give off light are something that we can really get a good sense of and understand why there is that much light."

But to do that, Postman notes, it's really essential to understand first how much light there is that needs to be accounted for, and that's where a study such as this one can help.

"It is a new measurement, with the capability that we have because we're in a unique place with a camera that can exploit that neat place," Lauer says.

Still, he adds, "Space is dark." Even after all this analysis, "It's still pretty dark."