Accessibility links
Trump Doesn't Have To Win In Court To Erode Trust In Voting : The NPR Politics Podcast President Trump has found little success in court, though he has continued to sew disinformation online and last night fired a top cybersecurity official who had worked to bolster public confidence in the electoral system. 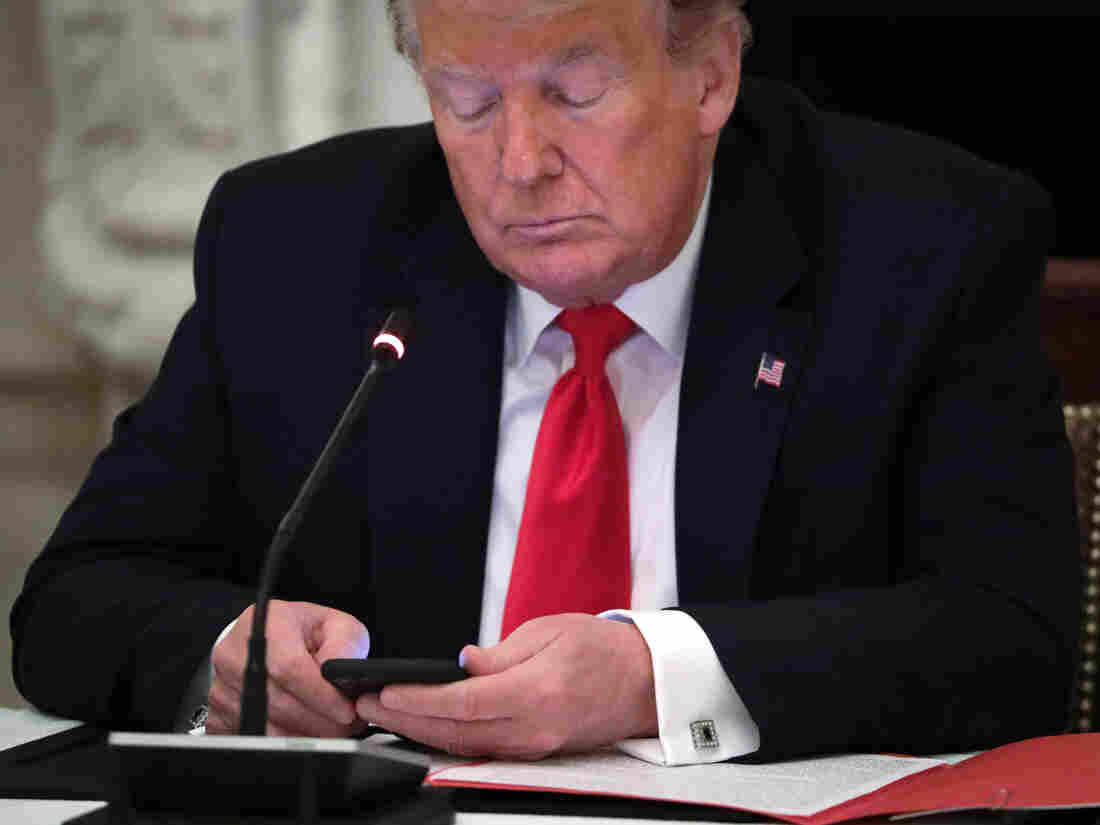 U.S. President Donald Trump looks at his phone during a roundtable at the State Dining Room of the White House June 18, 2020 in Washington, DC. Alex Wong/Getty Images hide caption 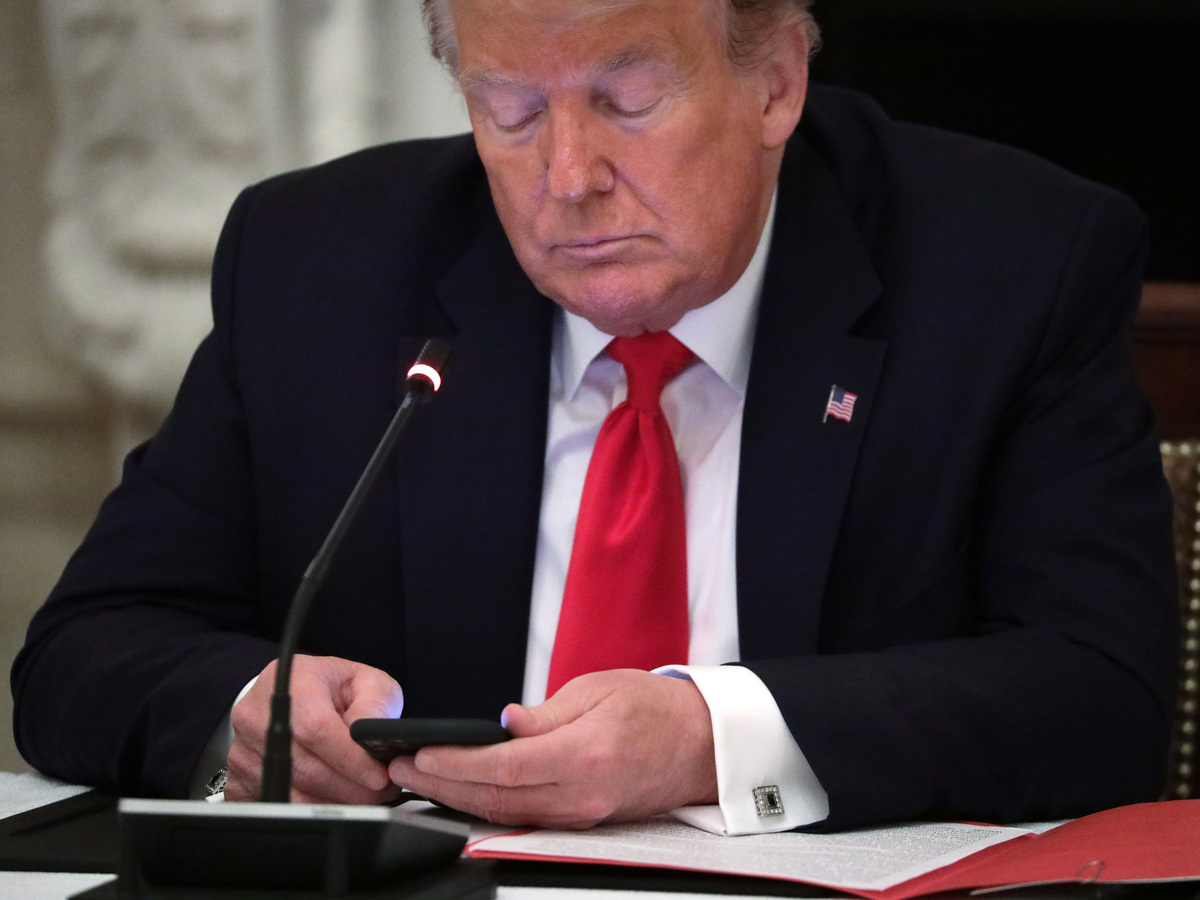 U.S. President Donald Trump looks at his phone during a roundtable at the State Dining Room of the White House June 18, 2020 in Washington, DC.

President Donald Trump lost the election to Joe Biden — a reality that the president continues to deny online, lashing out at those who say otherwise.

On Tuesday night, Chris Krebs, a top cybersecurity official, was fired by presidential tweet after his agency released a statement calling the 2020 election "the most secure in American history."

Georgia Secretary of State Brad Raffensperger, a Republican, told NPR this week that the president's allies, including Sen. Lindsey Graham, have tried to pressure him into throwing out legally cast votes. Graham denies the claim.

Most Republican leaders, including Senate Majority Leader Mitch McConnell, have stopped short of endorsing the president's fraud claims, while insisting that the president can and should exhaust his options in court. Those legal challenges, though, have done almost nothing to advance the president's cause.