Accessibility links
MLB Suspends NY Met Robinson Canó For Doping Major League Baseball has suspended Robinson Canó of the New York Mets for an entire season. He was found to have used an anabolic steroid that's banned by baseball. 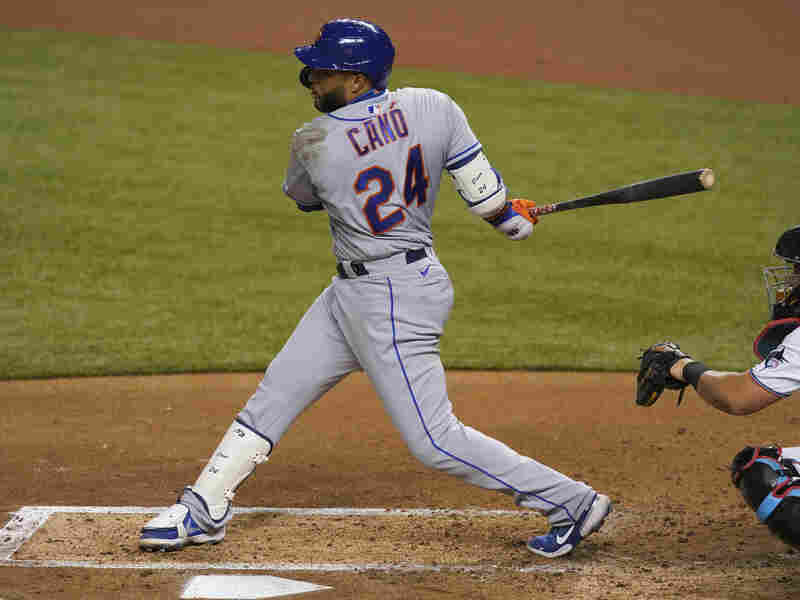 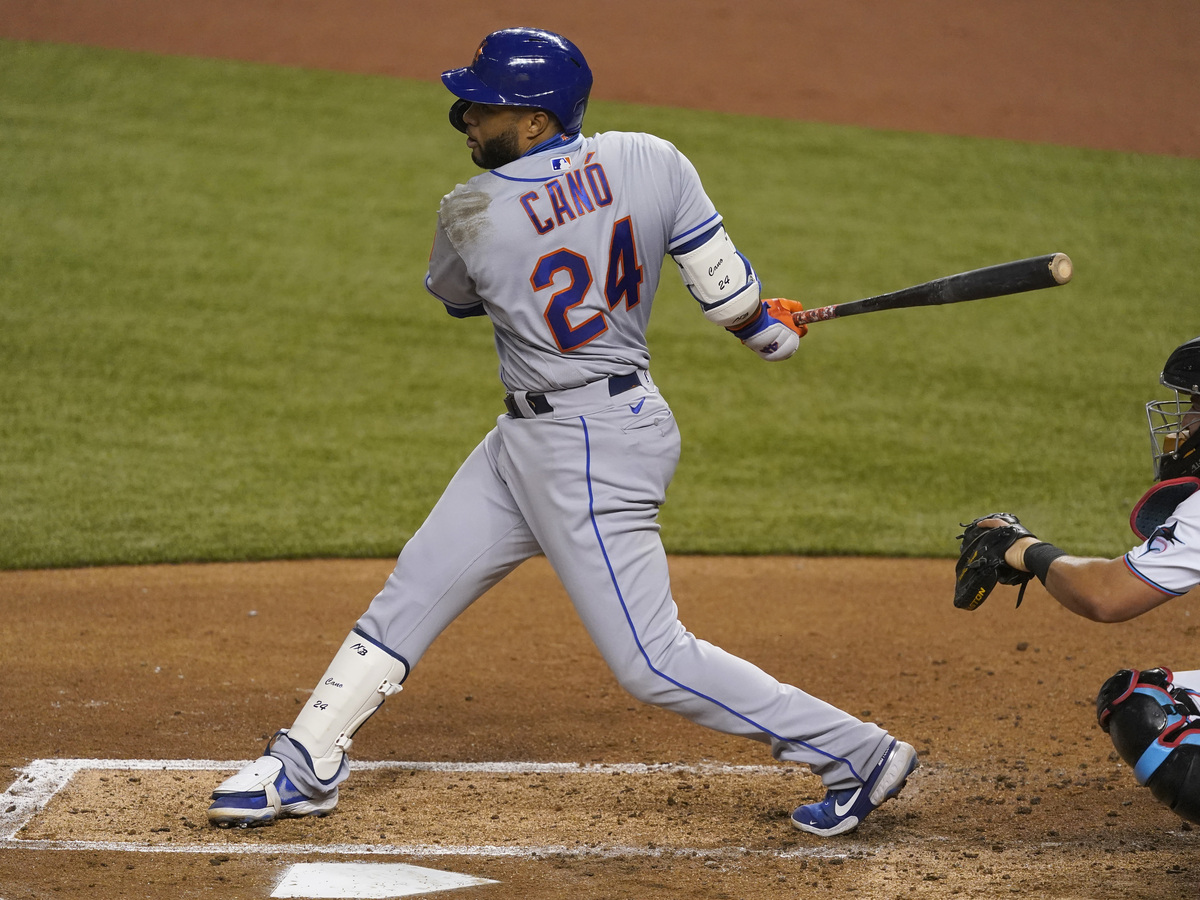 Robinson Canó of the New York Mets bats against the Miami Marlins on August 17, 2020. MLB banned Canó for next season following a positive steroid test.

There's been a significant suspension for doping in Major League Baseball.

MLB announced Wednesday that New York Mets second baseman Robinson Canó will miss all of next season, without pay, after he tested positive for an anabolic steroid banned by baseball.

The punishment is severe because this is Canó's second doping ban. In 2018, he was suspended for 80 games when he was with the Seattle Mariners. That suspension was for using a diuretic, which athletes sometimes take to mask the presence of a performance-enhancing drug.

Canó is 38 and an eight-time All Star. He had what baseball insiders called a rebound season in 2020, after several down years. In 49 games, he hit 10 home runs and had a batting average of .316 in the pandemic-shortened season.

Canó isn't the first to receive a lengthy doping sanction. Most recently, Houston Astros pitcher Francis Martes was banned for all of last season. Others receiving 162-game suspensions include Marlon Byrd in 2016 and superstar Alex Rodriguez in 2014. A-Rod originally was suspended 211 games, but an arbitrator eventually ruled it should be 162. At that time, it was the longest doping suspension in MLB history.

Canó's 162-game suspension during the pandemic raises an interesting question. If, like during this past season, baseball plays a reduced schedule in 2021, will the ban have to be completed by spilling over into the following season?

MLB and the players union reached an agreement that said some suspensions longer than 60 games — the length of the 2020 regular season — would not carry over into the following season. There's no word if this might apply to Canó. With coronavirus cases surging throughout the country, baseball hasn't yet made a determination how long the 2021 regular will last.

As of today, though, he has to serve a 162-game ban for testing positive for Stanozolol. It's a powerful steroid used as a performance enhancer by some athletes. And it has an infamous past in the sporting world. In one of the most notorious doping incidents in Olympic history, sprinter Ben Johnson was stripped of the 100 meters gold medal at the 1988 Summer Games after testing positive for the substance.