Accessibility links
New Climate Satellite Measures Sea Level Rise Space is the best place — maybe the only place — to get a complete picture of how climate change is affecting the Earth's oceans. And what happens in the ocean does not stay in the ocean.

In this animation a radar pulse bounces between the Sentinel-6 Michael Freilich satellite and the sea surface, collecting data on the height of the ocean.

A satellite scheduled to launch from California later this month will measure sea level rise and provide other crucial data to scientists who study how global warming is affecting the Earth's oceans.

Melting ice has already caused sea levels to rise by about 8 inches since 1880, and the trend is accelerating. The Earth's oceans have soaked up the vast majority of the extra heat, and about one quarter of the extra carbon dioxide, that humans have generated by burning fossil fuels.

The new satellite, named Sentinel-6 Michael Freilich after the former director of NASA's Earth Science division, will measure sea level around the globe for the next five years. At that point a second satellite of the same type will take its place, providing scientists with a full decade of reliable data about the Earth's oceans. The mission is a collaboration between NASA and the European Space Agency.

"Sea level is continuing to rise and we can't stop measuring it," says Josh Willis, the mission's project scientist at NASA's Jet Propulsion Laboratory. "Every year, every decade, we're remaking the climate and raising sea levels higher and higher."

The satellite is the latest in a parade of sea level measurement missions going back to the early 1990s. The Sentinel-6 mission, with two state-of-the-art satellites over 10 years, is an indication of how much demand there is for reliable, high-resolution data about climate change.

"We know that the oceans are rising because of human-caused interference with the climate. And, to see that, you really have to see sea level rise over the entire planet," Willis says. "That is what this satellite does best."

In other words, the satellite can tell scientists on Earth how high the oceans are, and how that height is changing over time.

"It's really kind of an incredible feat of technology," Willis says. "We can accurately measure the water level with an accuracy of 1 inch from 800 miles up."

But the higher, hotter water also affects people far from the coasts. What happens in the oceans does not stay in the oceans. For example, ocean currents and temperatures affect weather and fish populations. 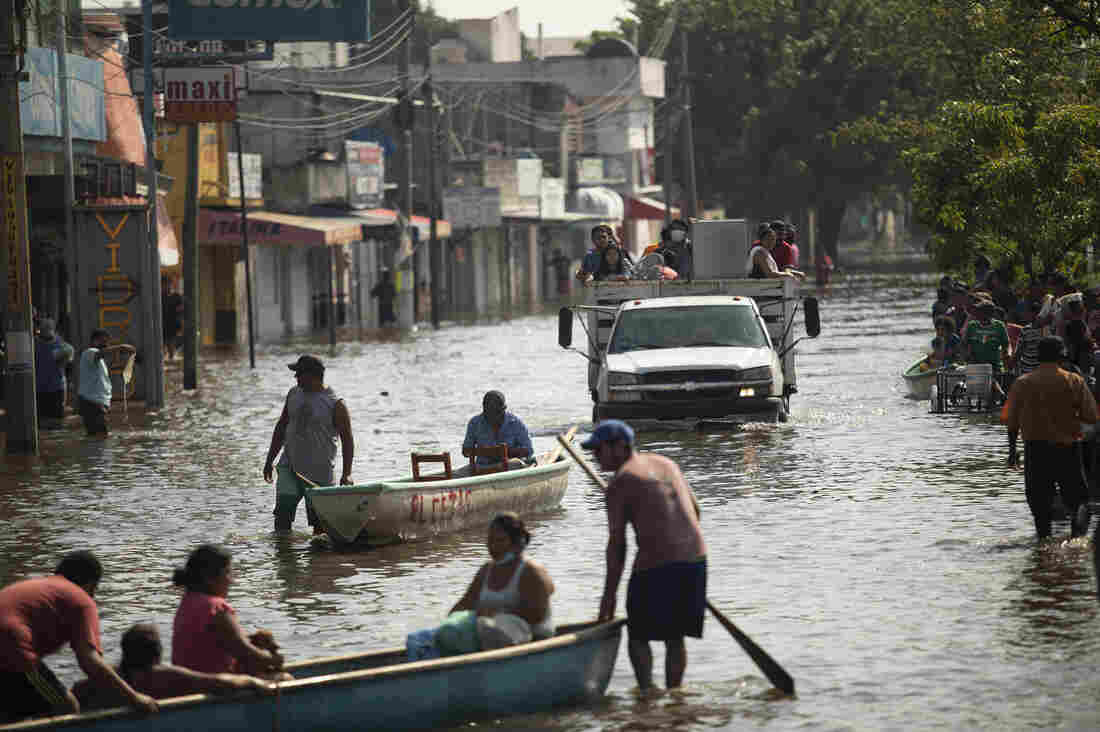 And because water expands as it gets hotter, sea level data can help scientists understand other things about the ocean.

"We can also use the sea level measurements to understand how currents are changing, how the ocean is storing heat," says LuAnne Thompson, an oceanographer at the University of Washington. Thompson and her colleagues use sea level rise data from satellites every day, and she says it's indispensable for her research about how much heat the oceans are storing.

"By knowing the sea level, we have an indication of how much the ocean has expanded because of warming," Thompson explains.

There is still a lot that scientists don't know about how the oceans will change in the coming decades. Climate models are clear that sea levels will continue to rise rapidly, and that sea level rise will accelerate as the Earth gets hotter. But exactly what that will look like at the local level requires detailed, continuous data from both satellites and tide gauges down on Earth.