Accessibility links
Child Care FSAs: Parents' Unspent Funds Are Piling Up, Could Be Lost For many families, 2020 ended up being a year with fewer child-care expenses. Now parents with unspent funds in their dependent-care flexible spending accounts are trying to figure out what to do. 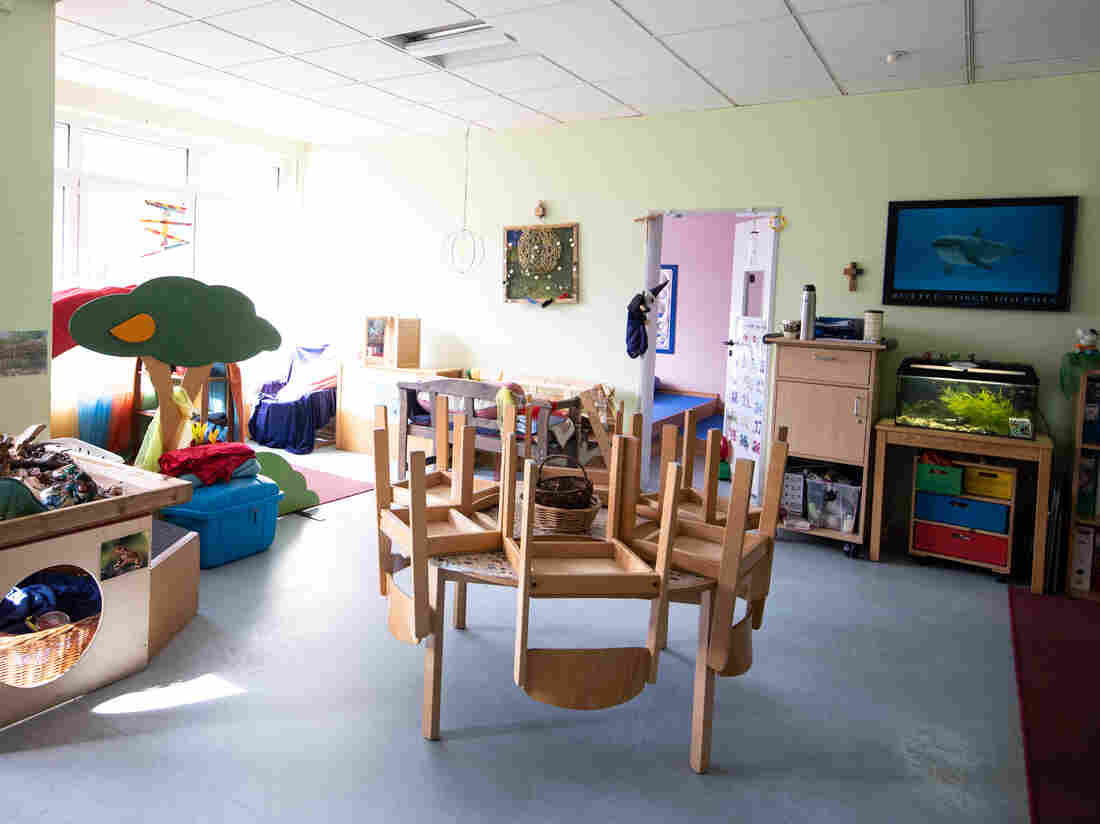 The pandemic shuttered day-care centers, after-school programs and camps this year, creating problems for some parents who put aside wages, pre-tax, to pay for those expenses. Lars Baron/Getty Images hide caption 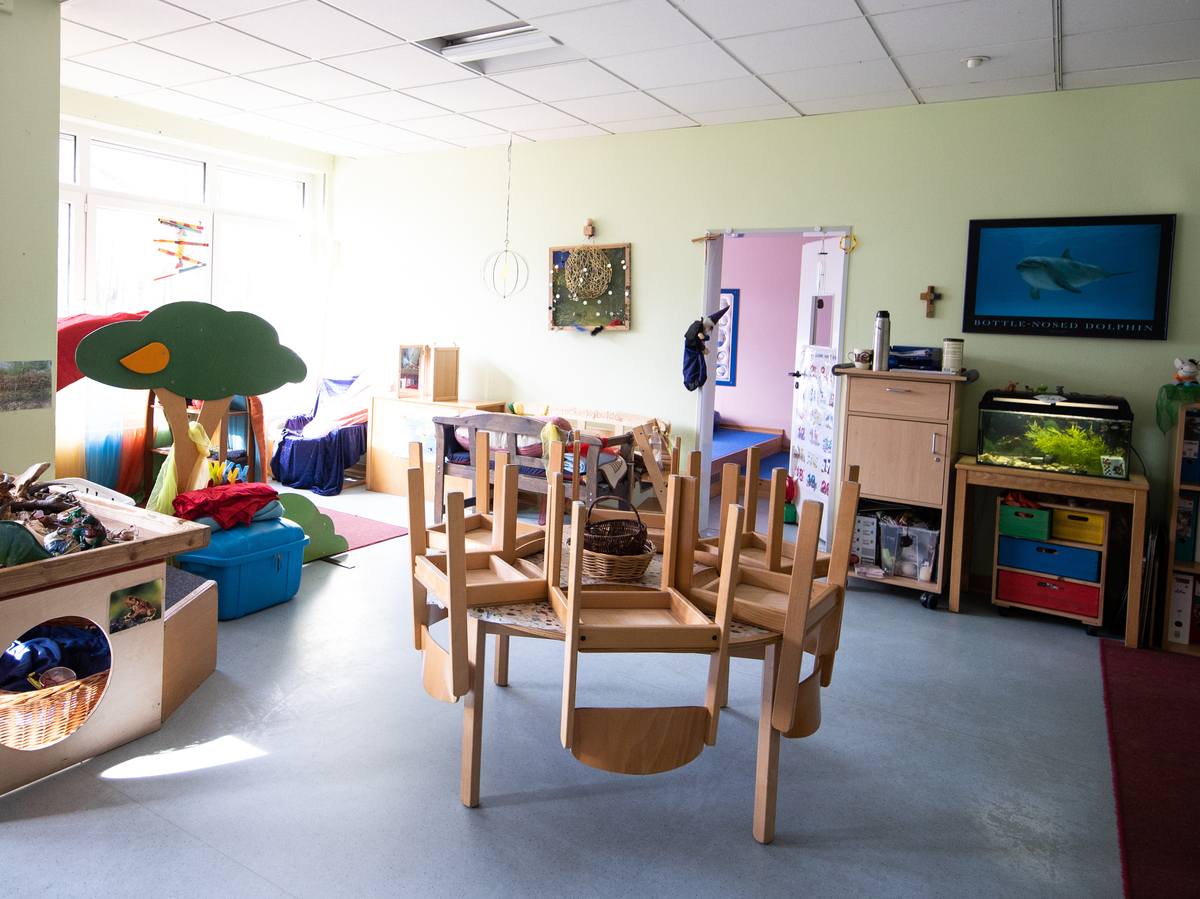 The pandemic shuttered day-care centers, after-school programs and camps this year, creating problems for some parents who put aside wages, pre-tax, to pay for those expenses.

Norah Perez's children had been going to day care since they were four months old. That came to an abrupt end this spring when the coronavirus hit and their day care closed.

Like many parents, Perez initially thought it might last a few weeks. Turns out, that was wishful thinking. Now, she could lose some of the money she set aside from her paycheck, pre-tax, to pay for day care. She has $2,200 stuck in what's called a dependent-care flexible spending account, money that is "use it or lose it" unless Congress or the IRS act.

The pandemic has created an unprecedented situation for working parents who take advantage of this tax benefit. In a year when schools were closed, summer camps were canceled, and day cares have been operating at limited capacity, parents who withheld part of their wages to cover the cost of child care are finding they may not get that money back. That's the use it or lose it part. Because of the shutdowns, they haven't racked up the ordinary child care expenses covered by the benefit.

"Especially right now, in a time of uncertainty, we're keeping track of every dollar," says Perez, who works in higher education and is married to a middle-school STEM teacher. "Losing $2,200 is something that we definitely hadn't budgeted for."

On Capitol Hill, Rep. Cindy Axne has been hearing similar stories from her constituents in Iowa. In May, she introduced a bill that would allow dependent care funds to be rolled over into next year.

"Families are struggling to begin with. We don't need to have an added burden of losing money during this timeframe," says Axne, a Democrat.

She was able to get the measure into a couple of pandemic relief bills, but they have gotten stuck in the Senate.

"This is a common sense piece of legislation that allows for folks to use the hard-earned money that they earned," Axne says.

With two children in day care, Perez set aside $5,000 this year, the maximum allowed under the dependent-care accounts. In May, as it became apparent that the pandemic was going to last for some months, the IRS did allow for mid-year changes to the withholdings. But Perez waited several months before halting hers, thinking her children would return to day care at some point this year.

"Remembering to stop contributions to our dependent-care FSA was maybe not the top of the priority list," she says. "But now, we're definitely feeling it."

Axne says there's still time to get a rollover of dependent-care funds into a budget bill before the end of the year or by early next year. The IRS could also extend the grace period allowed under these accounts, giving parents until the end of December 2021 to use up the money. In May, the IRS issued a notice extending the grace period for some accounts through the end of 2020. But a spokesperson for the IRS told NPR that, for now, the normal rules apply for 2021.

Even with a carryover provision, there are other problems families could encounter. Dependent-care funds can only be used to cover costs for children 12 and under (or adults in need of care), so some families may not have eligible expenses next year unless there is a temporary change to the age cutoff.

Parents who have family members, friends or babysitters watching their children this year do have the option of paying those caregivers with dependent-care funds as long as the caregiver reports the income and pays taxes on it, and the family member is not a dependent. Perez is considering doing this, given her 2-year-old and 4-year-old are now part of a pandemic pod with three other kids.

Even before the pandemic, Rep. Axne was advocating for a change to the dependent-care FSAs, pushing to double the annual limit, which has been set at $5,000 since the 1980s.

"There is no place in this country where someone could make sure that their child is in a good child-care setting for $5,000," says Axne, pointing out that 15 years ago, child care for her two sons exceeded $20,000 a year.

Multiple attempts to raise the cap over the years have failed, but Axne says we're at a moment when child care is about to become a major issue.

"Working parents are the ones who are providing for our economic growth," she says. "We have to start helping our parents out more."