Accessibility links
Obama, Bush Presidential Transitions Show Value Of Coordination National security experts argue for a smooth transition, which some administrations have accomplished, but any transition between President Trump and President-elect Joe Biden may be rocky. 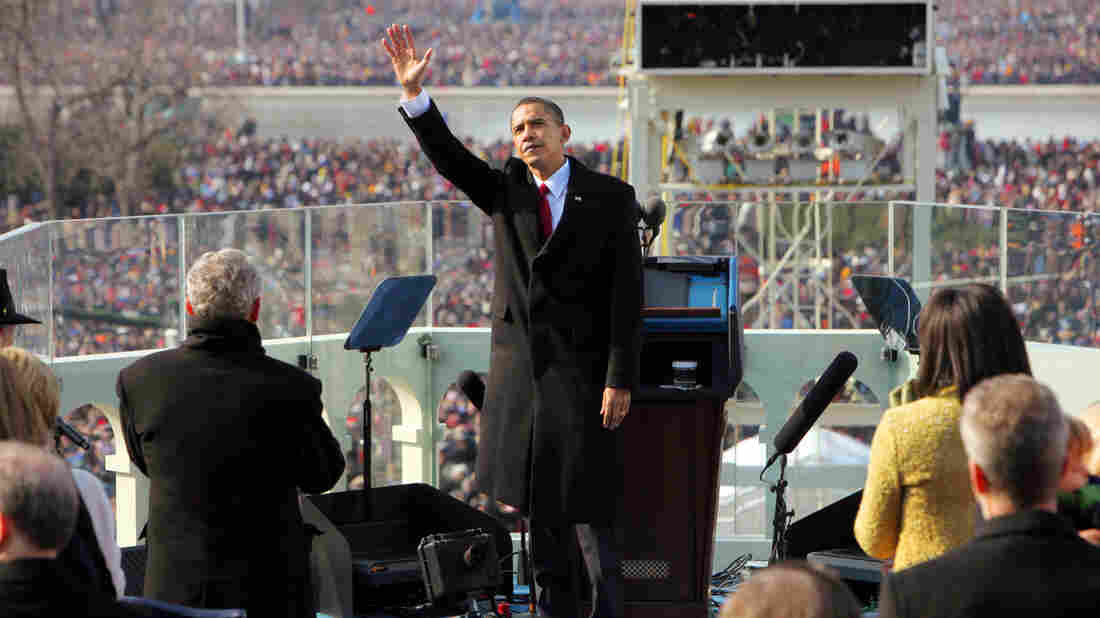 During the transition from President George W. Bush to President Barack Obama, Bush administration officials shared with the incoming Obama administration intelligence about a terrorist threat to disrupt Obama's 2009 inauguration, a threat that ultimately did not come to pass. J. Scott Applewhite/AP hide caption 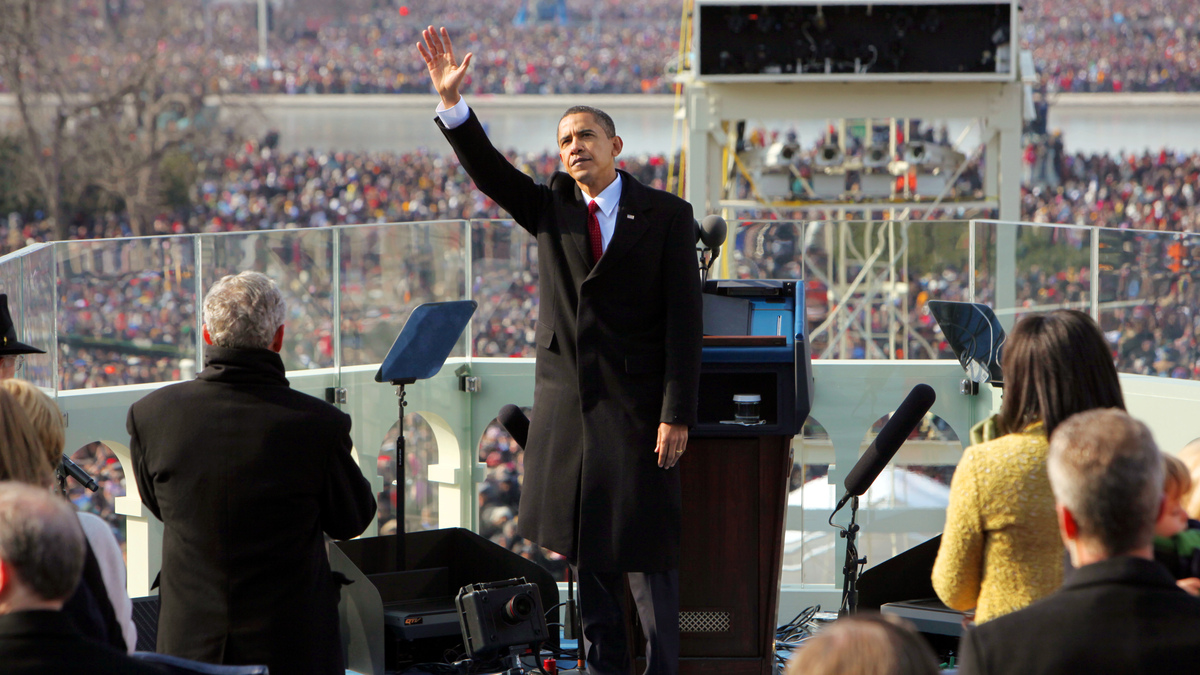 During the transition from President George W. Bush to President Barack Obama, Bush administration officials shared with the incoming Obama administration intelligence about a terrorist threat to disrupt Obama's 2009 inauguration, a threat that ultimately did not come to pass.

As President Trump continues to contest the results of the election, President-elect Joe Biden continues to shape his administration, which will take office on Jan. 20. But there is still no formal transition underway, a far cry from the last several times new presidents have taken power.

In 2009, just before then-President-elect Barack Obama was to deliver his inaugural address, members of the outgoing Bush administration's national security team sat down with the people who were about to take their place.

Stephen Hadley, who was George W. Bush's national security adviser, remembers they were set to talk about the threat posed by Iran. He recounted the meeting at a webinar last month sponsored by the nonpartisan Center for Presidential Transition.

"And that weekend we had gotten intelligence that there was a potential threat to the inauguration itself," he said. "So that Saturday morning, we had the FBI director come in and brief both the existing and incoming national security teams about that projected threat, what we knew about it and what we were doing about it, and then had kind of a roundtable discussion."

Among those taking part in the discussion was then-Sen. Hillary Clinton, who was set to become Obama's secretary of state. Hadley says Clinton posed an interesting question.

" 'Well, what do we tell President Obama if he's in the middle of his inauguration speech and he hears a loud bang, a potential bomb attack or something like that? What does he do? Does he hunker down? Do we rush him off the stage? How does he want to handle that moment?' Well, that was a very productive discussion," Hadley recalled.

Thankfully, there was no bang or attack, and Obama's inauguration proceeded smoothly.

National security is one of the major reasons smooth transitions are so crucial, says Barbara Perry, director of presidential studies at the University of Virginia's Miller Center. Perry notes that the 9/11 Commission pointed to the shortened transition period between Bill Clinton's administration and the Bush administration after the disputed 2000 results in Florida as playing a role in al-Qaida's attack in 2001.

That, as well as the economic crisis at the end of Bush's term, is why Perry believes the outgoing Bush administration worked so hard for a successful transition with the Obama White House.

"They were leaving office, and Obama was coming in in the midst of this horrible crisis that almost feels like it pales compared to what we're facing now," Perry says. "But remember, at the time it seemed pretty dire because the entire economic system was collapsing around the world and in the United States and was within inches of seizing up."

The Obama administration tried to emulate the smooth transition between it and the Bush administration after President Trump was elected four years ago. But Obama's chief of staff, Denis McDonough, says Trump made it difficult.

Still, Perry argues that the nation never paid much attention to transitions before the contested 2000 election between Bush and Al Gore, probably because they were rather ordinary. Now, she says, we may be paying too much attention to them.

"The vast majority of our government and our bureaucracy and the executive branch continues no matter who's in the White House," Perry says. "So by that I mean that there's probably some overemphasis placed on the transition of power from one administration to the other."

However, despite an economic crisis and a deadly pandemic, Trump is refusing to allow his administration to take part in any transition activities with Biden in what may go down as one of the rockiest transitions in history.