Accessibility links
12 Million To Lose Jobless Benefits The Day After Christmas Unless Congress Acts If Congress doesn't compromise and pass another relief bill, a new study finds a staggering number of Americans will lose a critical financial lifeline as the pandemic worsens. 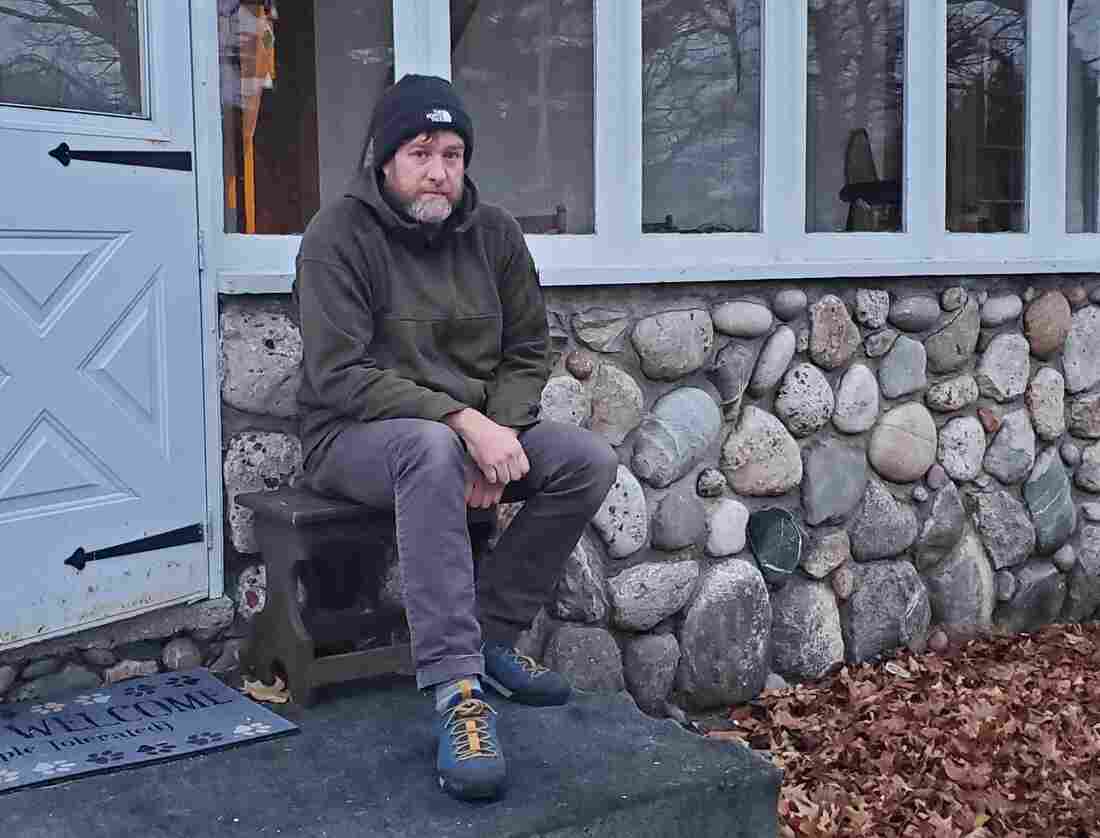 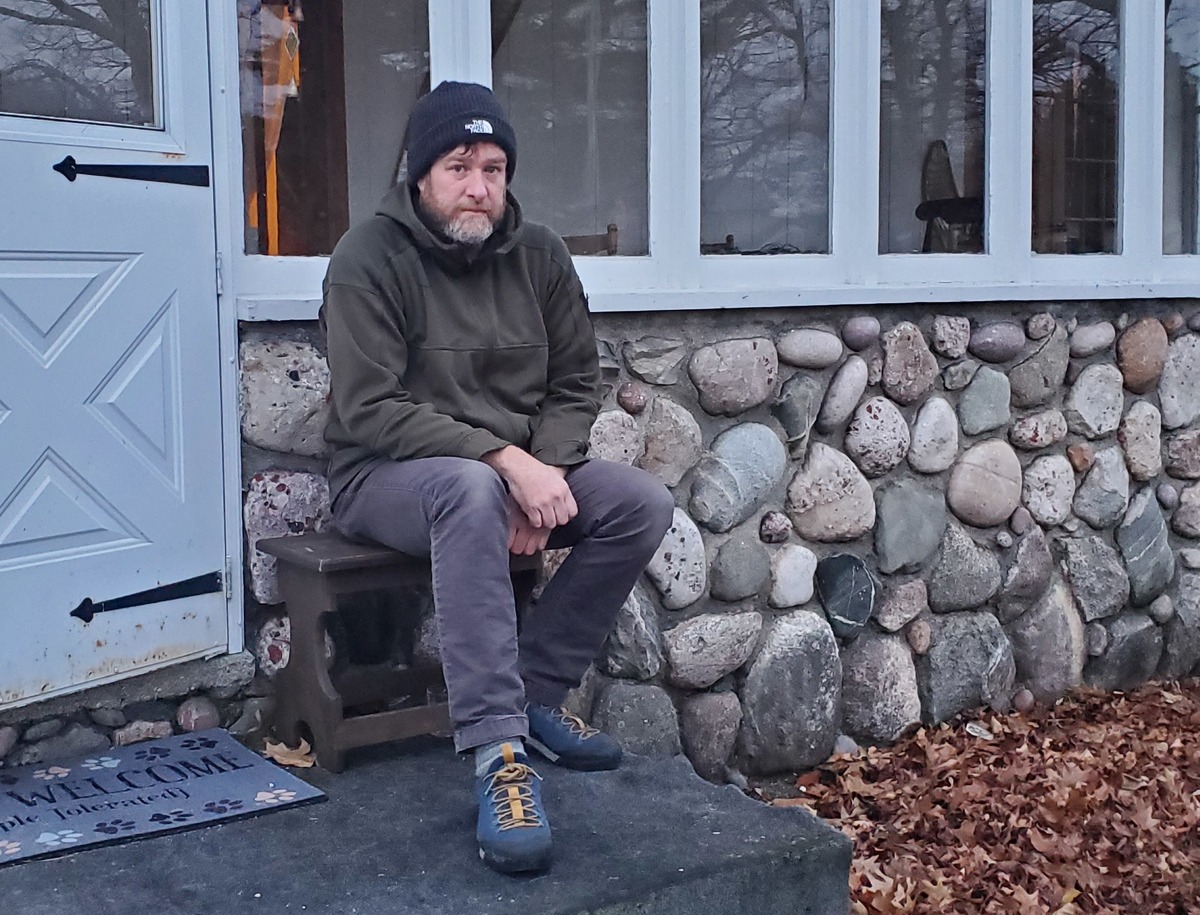 Todd Anderson is a single dad raising four children in Mackinaw City, Mich. "I'm pretty honest and open with them," he says. "They know we're in a spot right now."

The day after Christmas, millions of Americans will lose their jobless benefits, according to a new study. And that could spell financial ruin for many people, like 44-year-old Todd Anderson in the small town of Mackinaw City, Mich.

Anderson's a single dad with four kids — two of them 5-year-old twins. He lost his income after the pandemic hit in the spring. He did landscape design at resorts that host big weddings, and he says all that's been shut down.

His $362 a week in unemployment benefits is barely enough to live on. So he's been selling off his belongings to try to get by — some cabinets he had, a pair of hiking boots. "I sold tools, tools of my trade," he says. "I sold hoping that I can re-buy them as I get on my feet."

Millions of people all over the country are living similarly close to the edge.

"Congress is set to cut off 12 million Americans from the only thing holding them back from falling into financial wreckage and disaster," says Andrew Stettner, a co-author of the new study from the progressive-leaning think tank the Century Foundation.

Stettner says two important federal pandemic jobless relief programs have been a lifeline for people such as Anderson who have exhausted their state unemployment benefits or didn't qualify.

But with Congress stuck in a months-long stalemate over another relief bill, these programs are set to expire.

'I'm A Much Better Cook': For Dads, Being Forced To Stay At Home Is Eye-Opening

"Those will come to a crashing halt on Dec. 26, the day after Christmas," Stettner says. He says this is happening just as the pandemic is raging across the country and states and cities are reimposing restrictions on businesses and schools.

Congress' inability to compromise comes "at a time when things are getting worse with the virus rather than better, making it harder and more dangerous for people to go back to work," he says. Just last week, more than 1 million new unemployment claims were filed.

An alarming number of people will lose the jobless benefits that are just barely keeping them afloat, he says. "That's the thin line for them between holding it together and really falling into poverty and hardships that could scar them and their children for a lifetime," Stettner says.

To save money, Anderson and his kids have been living in a tiny 400-square-foot cabin in the woods. There wasn't even room for a table at which to eat. But with winter coming that setup wasn't going to work much longer. 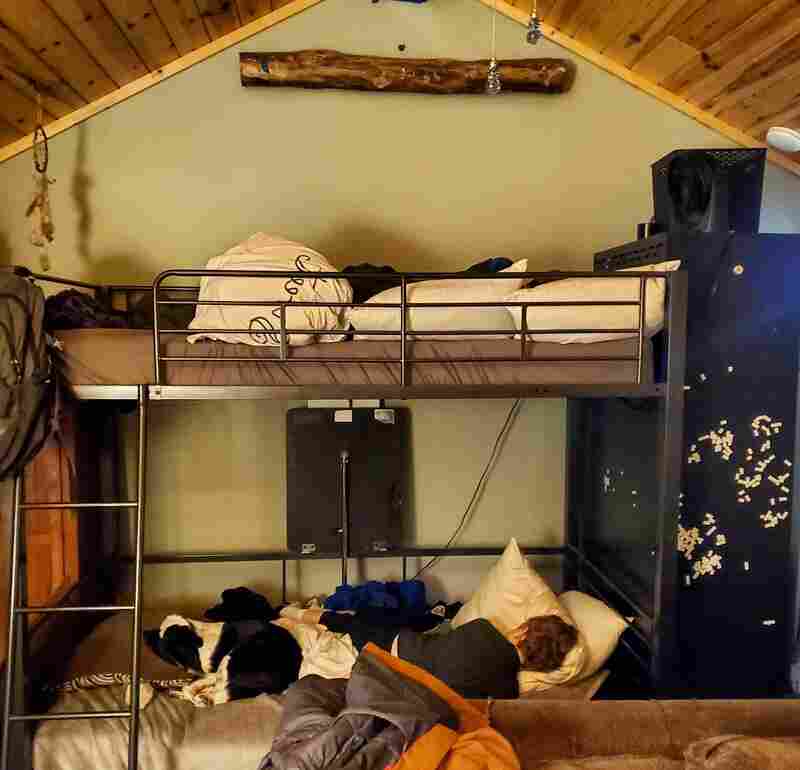 Anderson and his four children lived in a small 400-square-foot cabin in the woods to save money. Anderson is about to lose his jobless benefits. Todd Anderson hide caption

So Anderson says he was able to borrow a little money from family to pay for the security deposit on a small house for he and his kids to move into.

"I sat down the first night after we moved in, and they watched me cry because we could sit around a table and we didn't do that for six months," he says, getting emotional just talking about it. "To be able to have dinner together, as a dad, that's kind of important to me. So we just try to muscle through, and I try not to tell them that we're broke."

There are many people calling for Congress to act. Economists warn that without more relief for out-of-work people and small-business owners the economy will be damaged more than it needs to be.

President-elect Joe Biden on Monday called for Congress to put differences aside and provide "immediate relief."

"The refusal of Democrats and Republicans to cooperate with one another is not due to some mysterious force beyond our control," he said. "It's a conscious decision. It's a choice that we make."

President Trump too has said he supports another pandemic relief bill. But Democrats want to spend more, Republicans want to spend less, and so far the two sides still appear dug in and far apart from getting it done.

Meanwhile, Anderson is doing the best he can raising his four kids with barely enough money to survive. "I'm pretty honest and open with them," he says.

"They know we're in a spot right now. So, you know, I'm not trying to be a mean dad when I say, 'Don't leave a light on because I don't want to pay the electric bill,' " Anderson says. " 'You've got to eat what's for dinner because we don't have money to buy something else.' "

Note: After the radio version of this story aired, Todd Anderson says he heard from an estranged relative who says he will help the family pay the rent.