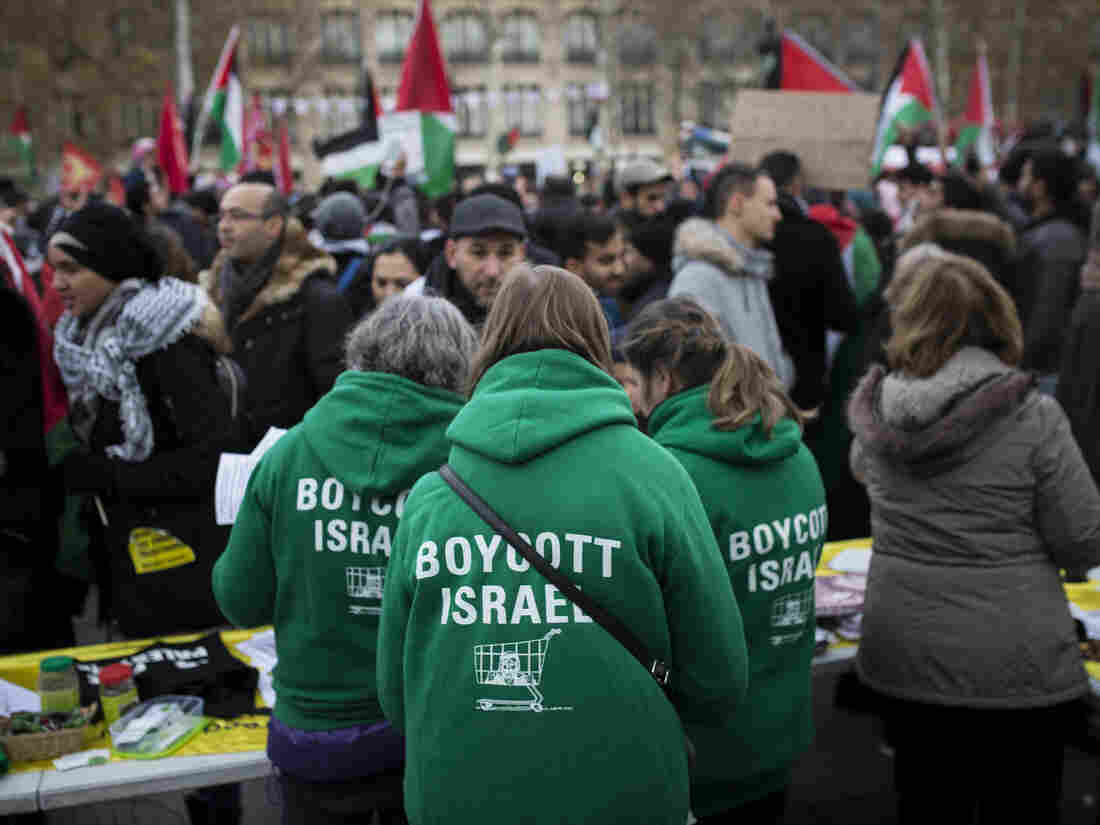 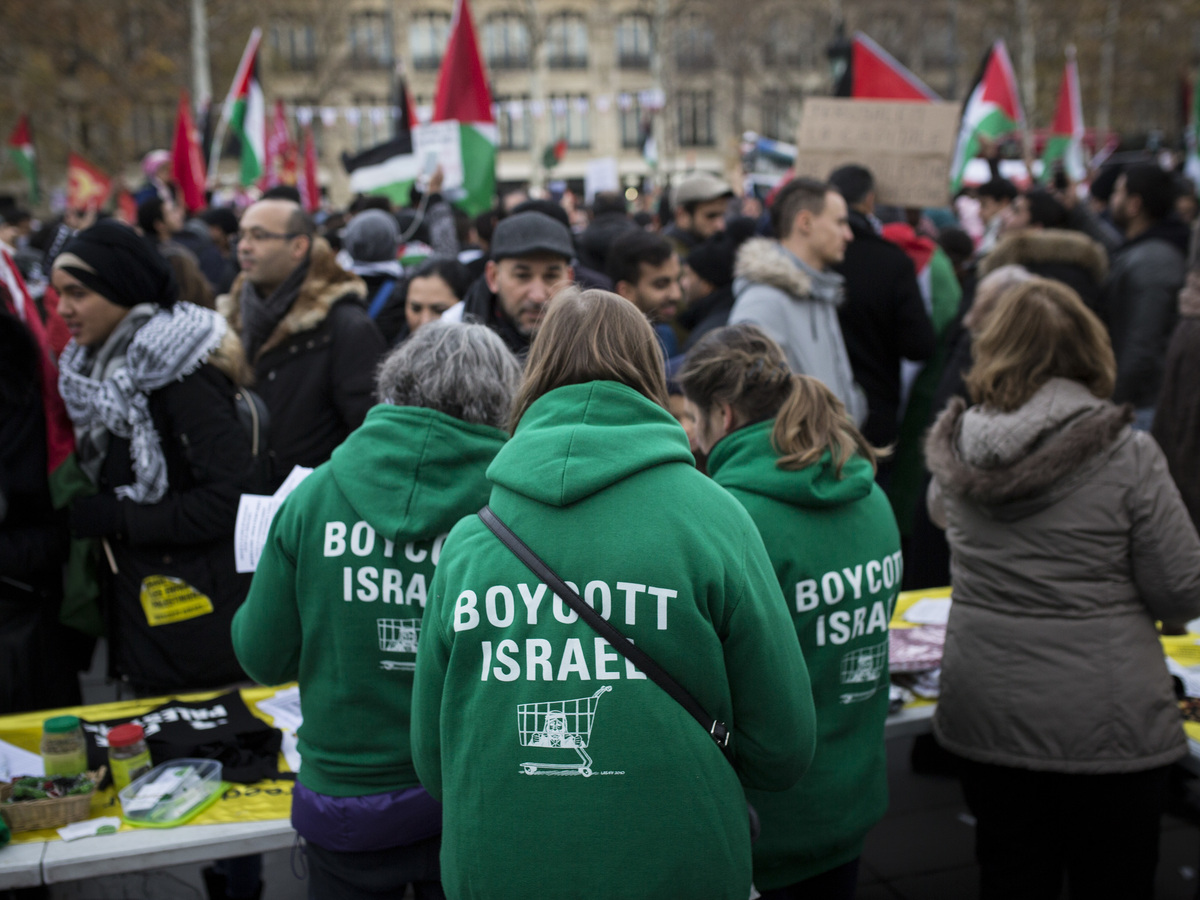 Demonstrators advocating the movement to boycott, divest from and sanction Israel, known as BDS, gather for a protest last year in Paris. On Thursday, U.S. Secretary of State Mike Pompeo announced a new policy specifically countering the global BDS campaign.

With just two months remaining on its time in power, the Trump administration is capping its revisions of U.S. Middle East policy with another full-throated show of support for Israel. On Thursday, Secretary of State Mike Pompeo announced a series of measures expressly aimed at countering the international movement to boycott, divest from or sanction Israel, also known as BDS.

The movement, founded by Palestinian activist Omar Barghouti, seeks to use economic pressure to protest Israeli policies in the occupied territories and support Palestinian independence. Israel has already applied strict measures to curtail the movement's activities within its borders — and now, the country's efforts are getting a global boost from the Trump administration.

"We want to stand with all other nations that recognize the BDS movement for the cancer that it is, and we're committed to combating it," Pompeo said at a joint news conference with Israeli Prime Minister Benjamin Netanyahu in Jerusalem on Thursday.

U.S. Denies Entry To Leader Of Movement To Boycott Israel

Netanyahu has been mulling the idea of annexing much of the West Bank, which Palestinians view as integral to their proposed independent state. The Trump administration, meanwhile, has recognized Israel's annexation of the Golan Heights — captured from Syria in 1967 — despite international protests that this is a violation of international law.

In a statement issued Thursday, Pompeo committed the State Department to "countering the Global BDS Campaign as a manifestation of anti-Semitism." Toward that end, he said U.S. officials plan to identify and withdraw the department's funding and support from organizations linked to the movement.

Pompeo also rolled out new guidelines concerning the markings on goods imported to the U.S., requiring that anything produced in areas of the West Bank under Israeli administration are labeled with Israel as their country of origin. The new policy marks a departure from the Obama administration, which, in its own final days, issued guidance saying it was "not acceptable" to label goods produced in the occupied territories with any variation of "Made in Israel." 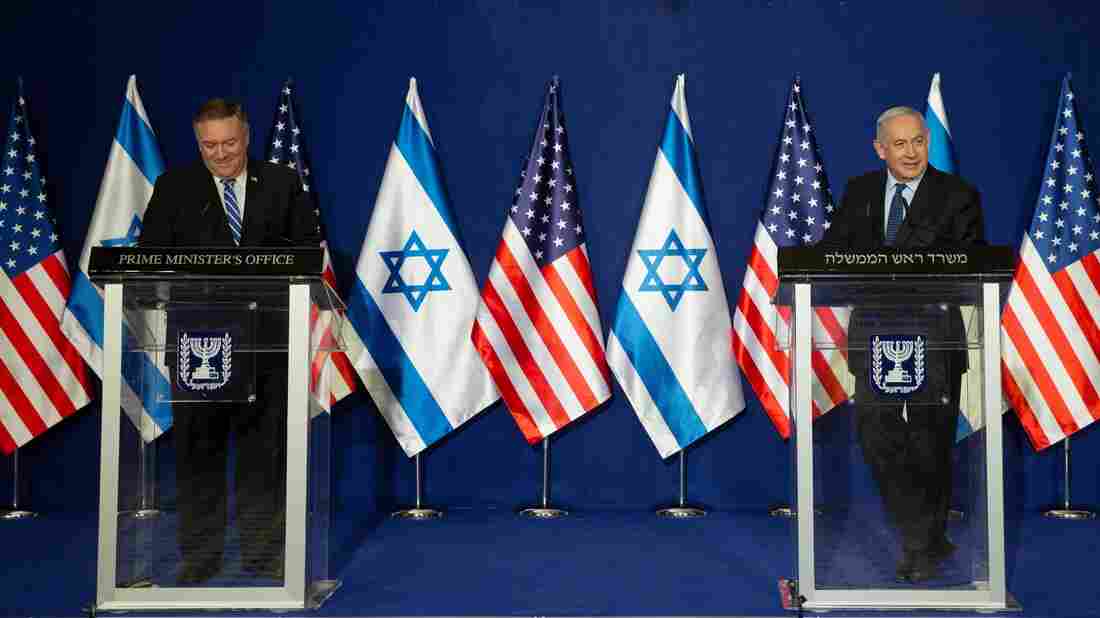 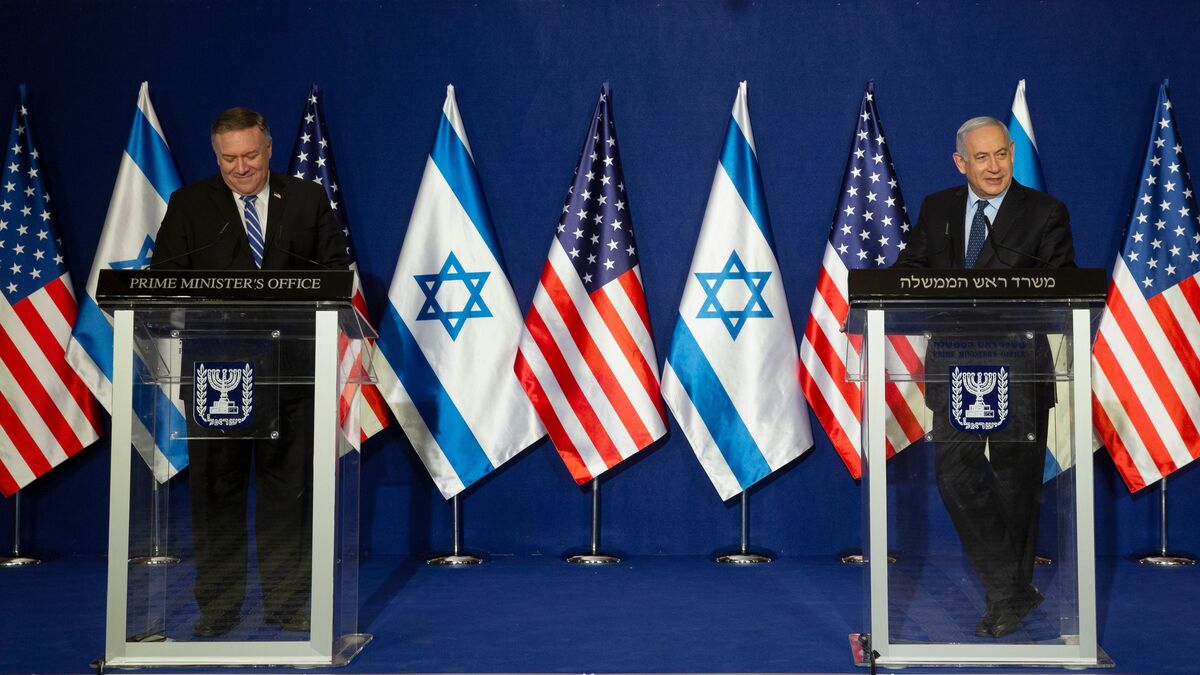 Pompeo and Netanyahu deliver a joint statement after meeting Thursday in Jerusalem.

In his statement announcing the reversal, Pompeo suggested that this move, too, was aimed at thwarting the economic pressure sought by BDS and others.

"We will continue to oppose those countries and international institutions which delegitimize or penalize Israel and Israeli producers in the West Bank through malicious measures that fail to recognize the reality on the ground," he said.

Some supporters of BDS deny Israel's right to exist as a Jewish state, which has led Israel's leaders to label the movement both anti-Semitic and an existential threat.

The Trump-Netanyahu alliance is intentionally conflating opposition to Israel's regime of oppression w/ anti-Jewish racism to suppress the struggle for Palestinian rights.

We stand with all those struggling for a more dignified, just and beautiful world. https://t.co/wqfCv4E6DK pic.twitter.com/qELtoE93B8

The Palestinian BDS National Committee strongly pushed back on the secretary of state's assessment Thursday, calling the "anti-Semitic" label a smear.

"This fraudulent revision of the definition of antisemitism has been condemned by dozens of Jewish groups worldwide and by hundreds of leading Jewish and Israeli scholars, including world authorities on antisemitism and the Holocaust," the leaders of the movement said in a statement.

"With our many partners," the committee added, "we shall resist these McCarthyite attempts to intimidate and bully Palestinian, Israeli and international human rights defenders into accepting Israeli apartheid and settler-colonialism as fate."

"The US administration is following Israeli government's approach in using false and politically motivated accusations of antisemitism to harm peaceful activists, including human rights defenders, and shield from accountability those responsible for illegal actions that harm people in Israel, in the Occupied Palestinian Territories, and here at home," said Bob Goodfellow, the international human rights group's interim executive director.

Pompeo's moves Thursday are consistent with President Trump's policies up to this point in the Middle East, which have repeatedly backed Netanyahu's hard-line approach to the Israeli-Palestinian conflict. That includes recognizing the disputed city of Jerusalem as Israel's capital over international protests and moving the U.S. embassy there from Tel Aviv in 2018.

What is less clear is how long these policies will last, as President-elect Joe Biden takes office in January. Biden has spoken out against Israeli settlements and expressed his opposition to "unilateral steps by either side."