Accessibility links
We Trace Mama Stamberg's Cranberry Relish Back To Its Horseradishy Roots This pandemic year, we need traditions more than ever, so we travel back to 1961, when Susan Stamberg first tasted her mother-in-law's now (in)famous, Pepto Bismol pink cranberry relish. 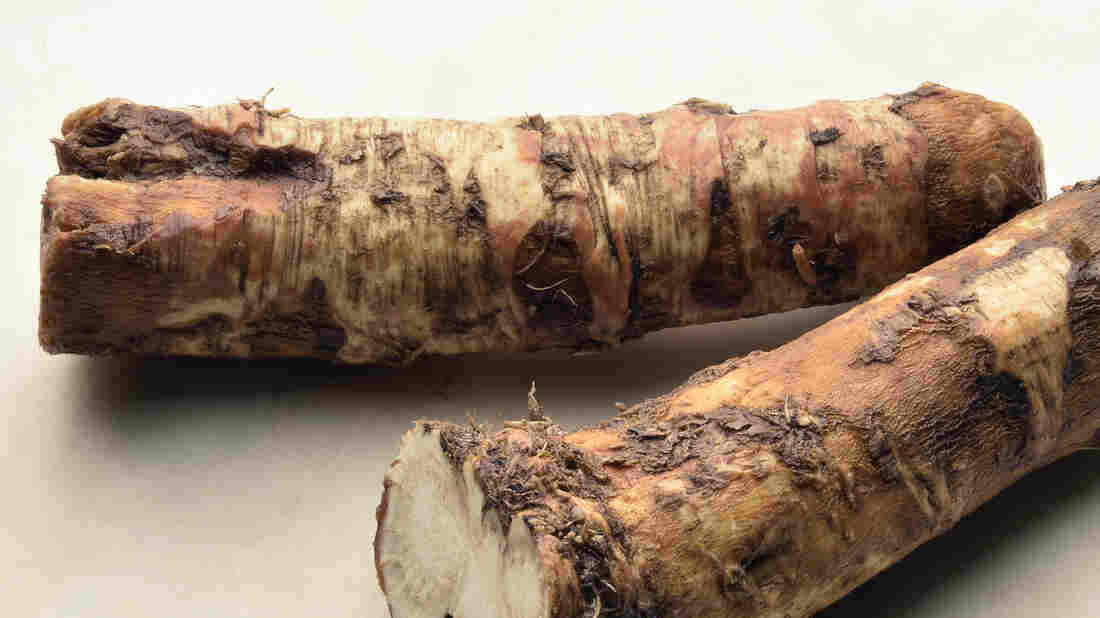 In these polarizing times, we've decided to lean into the most controversial ingredient in Mama Stamberg's cranberry relish: the two tablespoons of horseradish. Tom Kelley/Getty Images hide caption 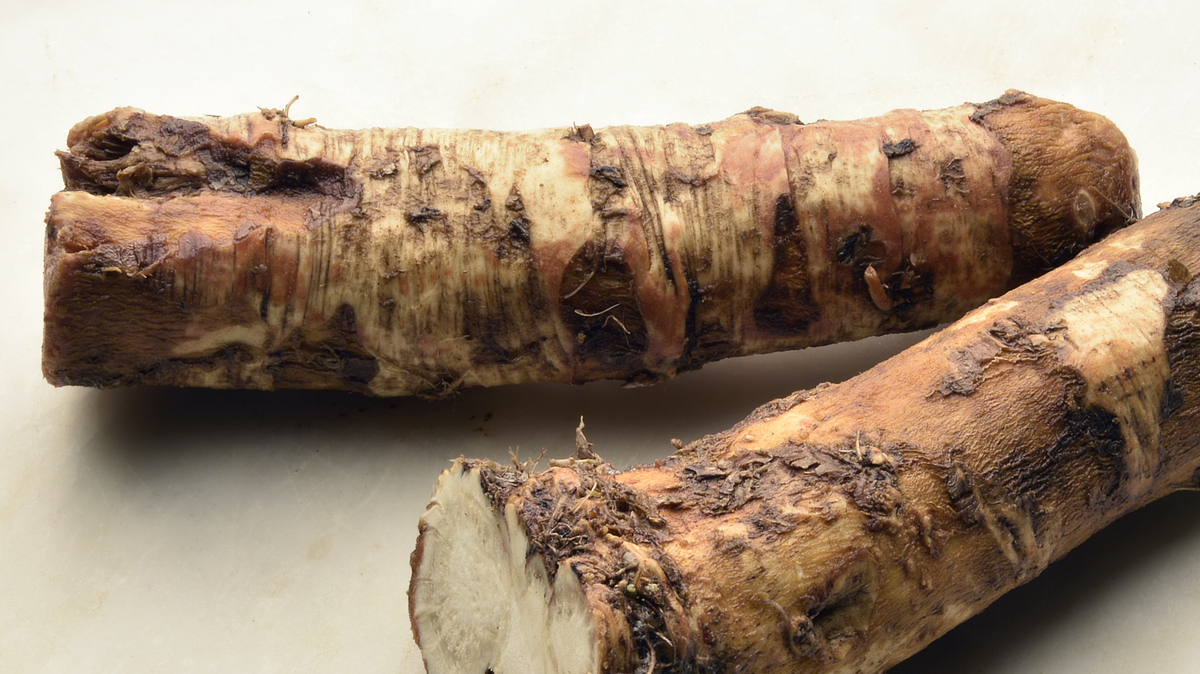 In these polarizing times, we've decided to lean into the most controversial ingredient in Mama Stamberg's cranberry relish: the two tablespoons of horseradish.

For more years than I like to put in print, I've been sharing my late mother-in-law Marjorie Stamberg's delicious Thanksgiving side dish recipe with NPR listeners. (And more recently, readers like you, though this tradition was two decades old by the time NPR.org was born.)

It's become a tradition, a taste delight, and yes, at times, a source of groans and grimaces. Before I go into all that, here are the ingredients:

Looks interesting, no? Maybe a bit ... unusual. You were expecting a sweet cranberry sauce. But this is a relish — it's tangy, spicy and (at least one humorless observer has noted) Pepto Bismol pink.

This pandemic year I feel we need traditions more than ever. So I went to the source of the most controversial ingredients in the relish, for some information.

As Susan Stamberg learned long after its radio debut, her mother-in-law got the recipe from a 1959 New York Times clipping of Craig Claiborne's recipe for cranberry relish. In 1993, Claiborne told Stamberg: "Susan, I am simply delighted. We have gotten more mileage, you and I, out of that recipe than almost anything I've printed."

Dave Daltry is regional sales manager for Kelchner Horseradish Products in Allentown, Pa. These days, Kelchner makes spicy sriracha, chili sauce, cocktail sauce ... but horseradish was the very first product Preston Kelchner made when he founded the company on his family farm in 1938.

When Daltry began working there almost 40 years ago, "we had four ladies peeling the roots with potato peelers," he recalls. Now, Kelchner horseradish sauce is a major best seller. "We sold, in the last year, 1,985,073 jars of horseradish," Daltry tells me.

Which includes the jar in my fridge. This year, I noticed it's made in Allentown, Pa., where I first tasted the relish — which brings us to our origin story. I'd been brought there on Thanksgiving 1961 by my fiancé Louis Stamberg, to be inspected by my in-laws-to-be.

On their holiday table, in addition to the turkey, the stuffing, brussels sprouts as I remember, sat this bright pink cranberry relish. I thought it was delicious (which may have won the Stamberg elder's hearts), made it myself for many Thanksgivings, and when I started broadcasting, shared it with audiences every year thereafter.

I really do believe in traditions, even when they have horseradish and a wild color. I invite you to extend the tradition at your table this Thanksgiving. Yes, it may be difficult this holiday year. But if anything can get us through it, let it be Mama Stamberg's. 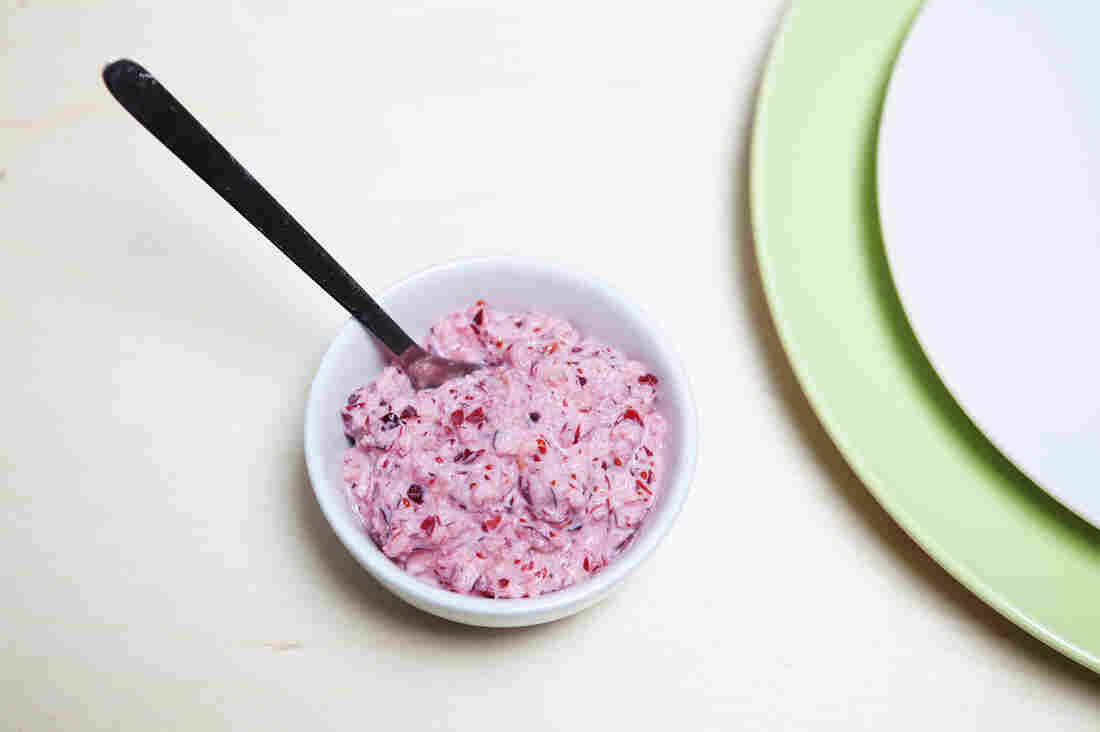 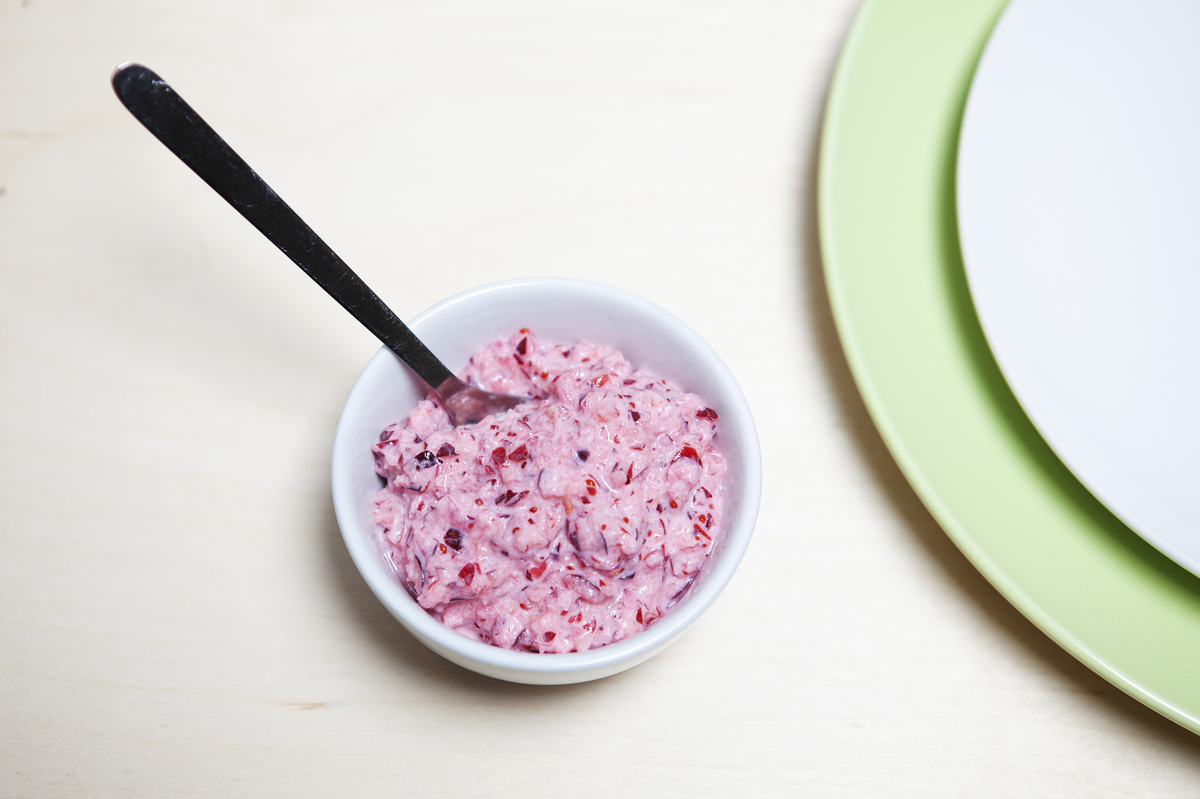 The relish has a tangy taste that cuts through and perks up the turkey and gravy. It's also good on next-day turkey sandwiches, and with roast beef.

Grind the raw berries and onion together. (I use an old-fashioned meat grinder. I'm sure there's a setting on the food processor that will give you a chunky grind — not a puree.)

Several hours before serving, move it from the freezer to the refrigerator compartment to thaw. (It should still have some icy slivers left.)

The relish will be thick, creamy and shockingly pink. (OK, Pepto-Bismol pink.)