Accessibility links
Chess Set Sales Have Skyrocketed Thanks To 'The Queen's Gambit' On Netflix Who'd have guessed that a centuries-old game would become 2020's hard-to-find, must-have toy? Sales spiked after the release of the hit Netflix show, and now toy analysts are warning of a shortage. 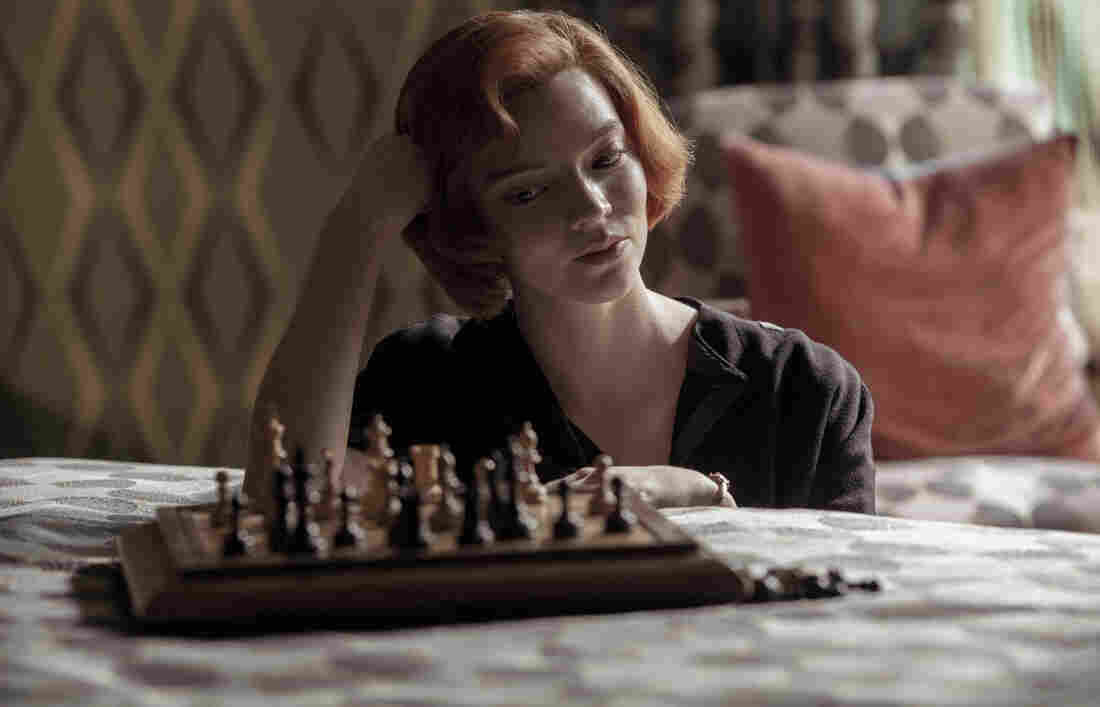 Anya Taylor-Joy plays a swaggering chess prodigy in the new Netflix hit, The Queen's Gambit. It's success may lead to a shortage of chess sets this holiday season. Phil Bray/Netflix hide caption 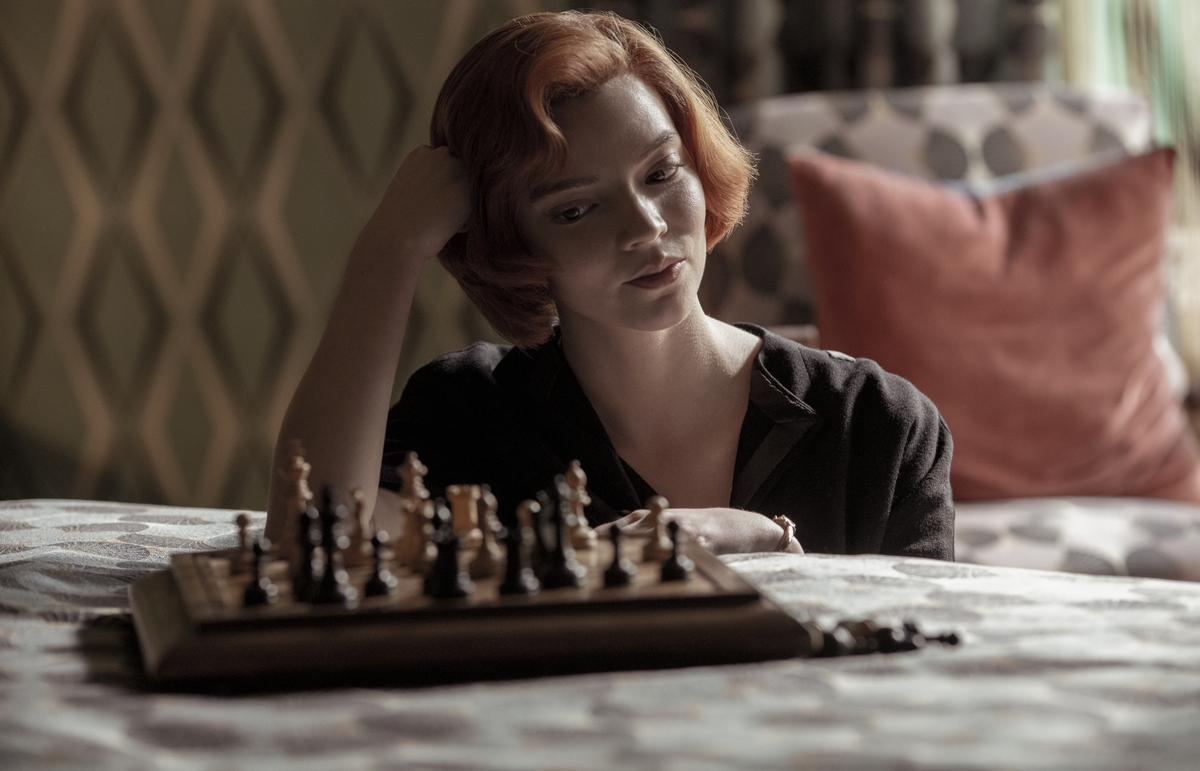 Anya Taylor-Joy plays a swaggering chess prodigy in the new Netflix hit, The Queen's Gambit. It's success may lead to a shortage of chess sets this holiday season.

Who could've predicted chess sets might become as difficult to find as toilet paper during the early weeks of the pandemic? Not Gerrick Johnson. The toy analyst with BMO Capital Markets found himself stymied while searching for a particular Cardinal chess set a few weeks ago.

"It was sold out everywhere I went," he says.

"Our October sales for chess were up 178% over the same period last year," Higbe says. That's a big increase. But something else unexpected happened at the end of the month. Now, she says, "our chess sales are up 1,048%."

Every so often a game comes along that captures the popular imagination. In November 2020, that game is chess. The reason? A Netflix period drama that debuted in late October.

"Ever since The Queen's Gambit launched, our chess sales have increased triple digits," marvels Elizabeth LoVecchio, vice-president of marketing at Spin Master. The huge toy company has a division of classic games — such as chess, checkers and backgammon — that owns about 70% of the market share in the United States.

LoVecchio says sales of these games started spiking back when people first hunkered down last spring and played games with people in their bubbles to keep themselves entertained. But what's happening with chess sales since The Queen's Gambit is "unprecedented — and we anticipate our sales rising further," she adds.

Chess sets sales are rising in the secondary market as well. eBay registered a 215% increase in chess set and accessory sales since The Queen's Gambit hit Netflix, with shoppers seeking out wooden chess sets nine times more than plastic, electronic or glass ones, according to an eBay spokesperson. Toy analyst Gerrick Johnson now warns that demand will outstrip supply.

"Six months ago, a year ago, these retailers weren't saying, let's load up on chess sets," he notes. "Good luck finding a chess set this holiday!"

Both LoVecchio and Higbe agree a chess shortage may be added to 2020's woes.

The Idea Was To Keep Kids Safe After School. Now They're Chess Champions

Chess has long been alluring, even dramatic. But The Queen's Gambit makes it seem accessible, Higbe adds. And that just adds to the appeal of a game that's both eminently affordable and pleasingly different every time you play it.

Valuable skills for playing chess — and getting through the dark few months before us. 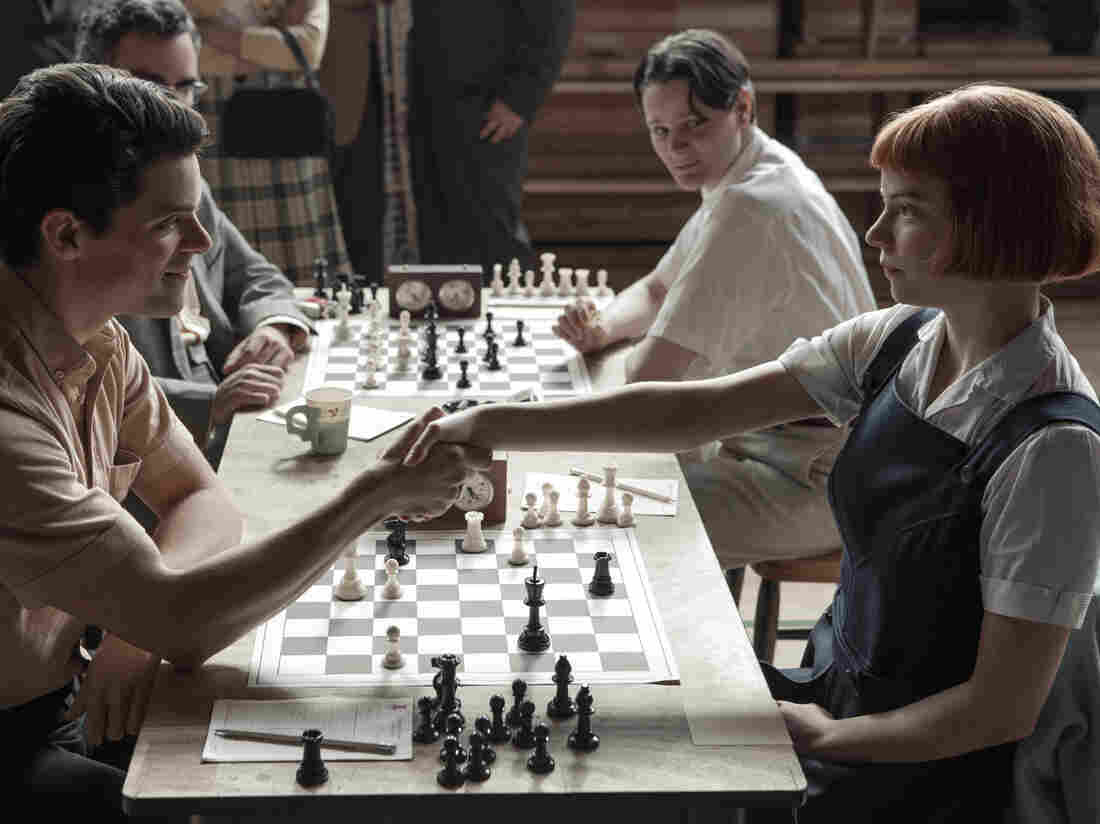 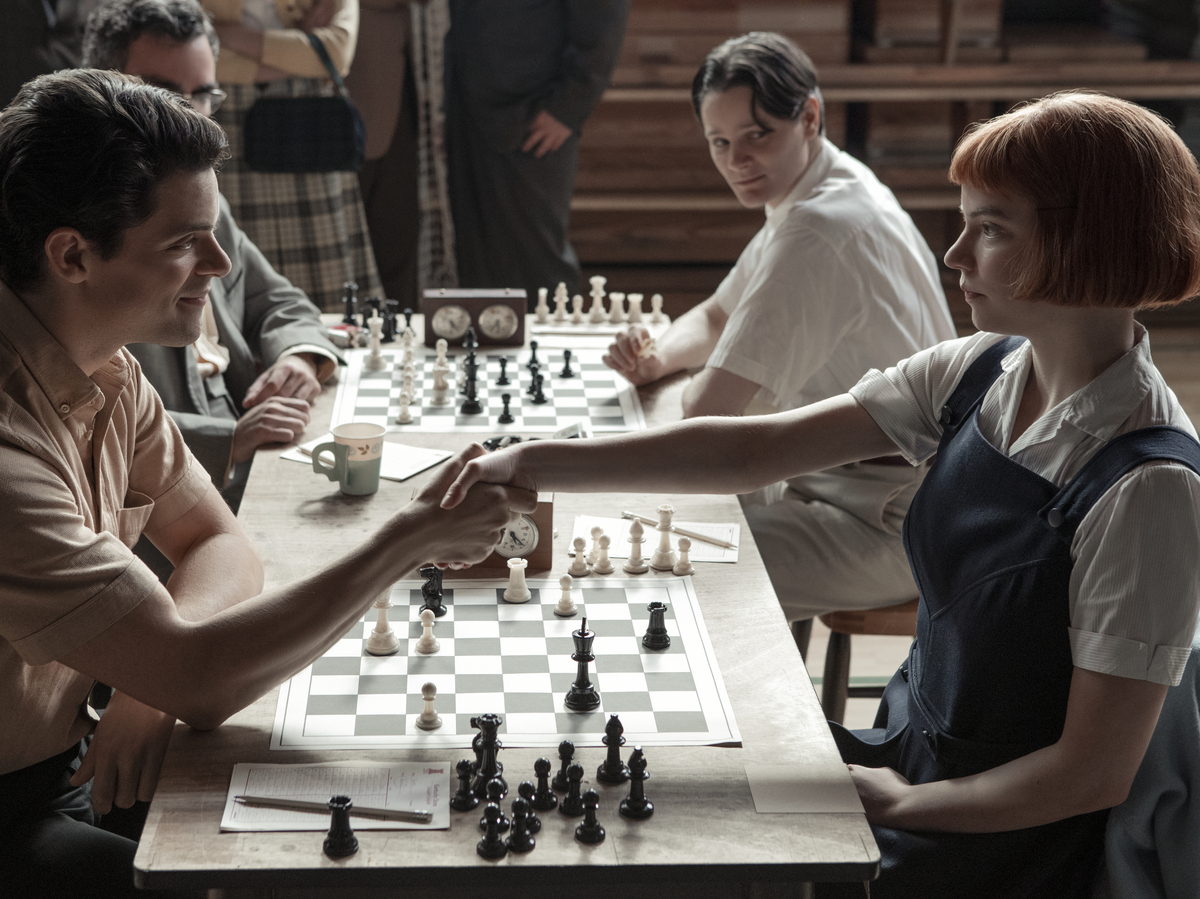 More On 'The Queen's Gambit'