Accessibility links
Vermont And South Dakota — GOP Governors But Different COVID-19 Results Vermont and South Dakota are both among the most rural states in the U.S. One has embraced coronavirus safety measures, the other has not, and their infection and death rates are starkly different. 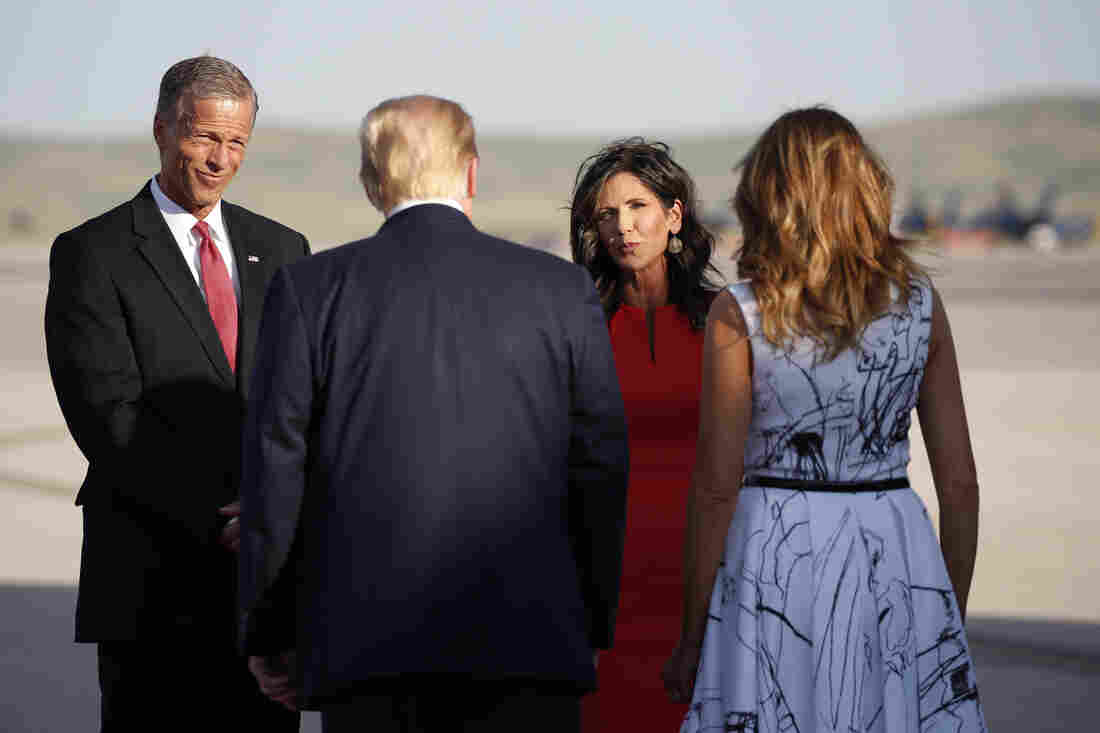 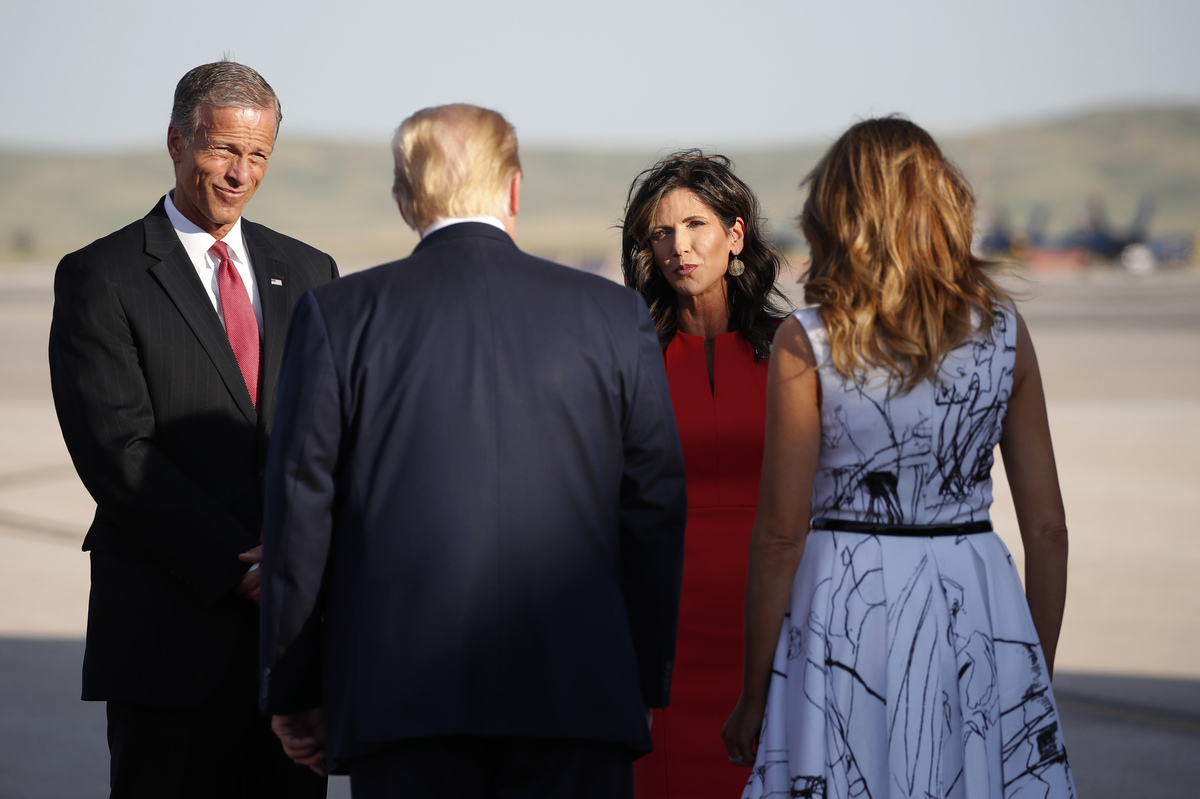 One of America's governors most skeptical about COVID-19 has been South Dakota's Kristi Noem. She's loudly refused to impose any shutdowns or a statewide mask mandate.

Noem's devotion to keeping her state open has made her a celebrity in the Republican Party.

She campaigned for President Trump in 17 states, and touted her own record along the way.

"What I did in South Dakota is what we say Republicans always believe," Noem says. "We just did it. We just did it, and look at what is happening in our state."

One of the things happening in South Dakota is an infection rate that's among the worst in the nation, at about 8,000 cases per 100,000 people.

In Vermont, another small, rural state with a Republican governor, Gov. Phil Scott has embraced safety measures, and the differences are pretty stark. Like South Dakota, Vermont has fewer than 1 million residents, most of whom don't live in cities. It has about 500 cases per 100,000 people. That's the lowest rate in the nation.

Scott has embraced statewide shutdowns and mandated masks. When he reopened the state's economy, he did it slowly.

"My decisions throughout this pandemic, from the closures and other mitigation steps in March and April, to the methodical reopening of our economy, hospitals and schools has been based on the data, the science and the recommendations of our health experts," Scott said.

"We felt we could reopen the economy and do the appropriate public health measures for the pandemic in parallel, and that you didn't have to sacrifice one for the other," he said.

When the pandemic began, both states had low infection numbers for several months.

Over the summer, things changed in South Dakota. Noem repeatedly questioned the effectiveness of masks.

"I'm opposed to a statewide mask mandate," she's said. "I've been clear about that."

In July, she hosted President Trump for fireworks at Mount Rushmore; 7,000 people attended.

In August, Noem welcomed hundreds of thousands of people to the annual Sturgis motorcycle rally in her state.

Around that same time in Vermont, Scott imposed a statewide mask mandate and gave away 300,000 cloth face coverings.

Scenes Of Isolation Amid Pandemic In The Vermont Countryside

"I'm asking you to look at the data — the real data, not just something you see on Facebook — and realize that the science is real," Scott said, "and that wearing a mask will not only protect the gains we've made, but also help your family members and friends stay healthy."

Now South Dakota is suffering an extended COVID-19 surge. The number of COVID-19 patients in hospitals has quadrupled in the past two months. But that hasn't changed Noem's outlook.

"Business lockdowns have not slowed down infection spreads and increases in positive cases," she said, despite evidence to the contrary. "And even mask mandates [have] not slowed down the spread or prevented other states from becoming hot spots."

"I know this is incredibly difficult and frustrating, especially with the holidays right around the corner," Scott said. "But it's necessary, and we need Vermonters' help to get this back under control."

Vermont's new measures limit social gatherings. They restrict the operations of bars, social clubs and restaurants. They suspend recreational sports. And they mandate teleworking whenever possible.