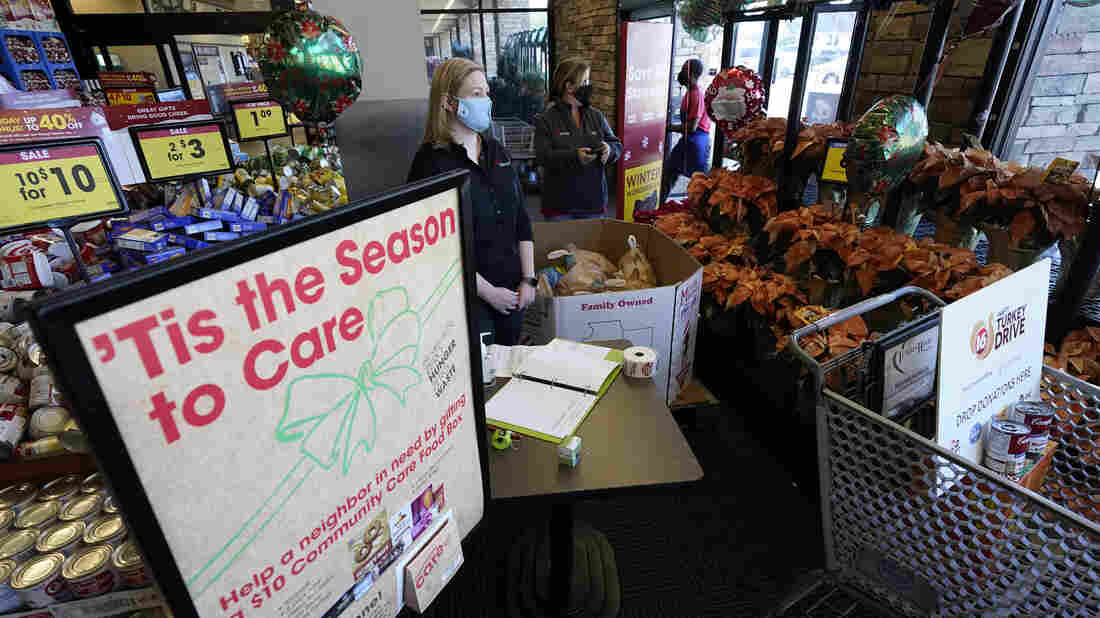 Many Americans are mourning the loss of Thanksgiving traditions due to the coronavirus pandemic, such as family gatherings. But some are seeking new rituals to mark the holiday. Rogelio V. Solis/AP hide caption 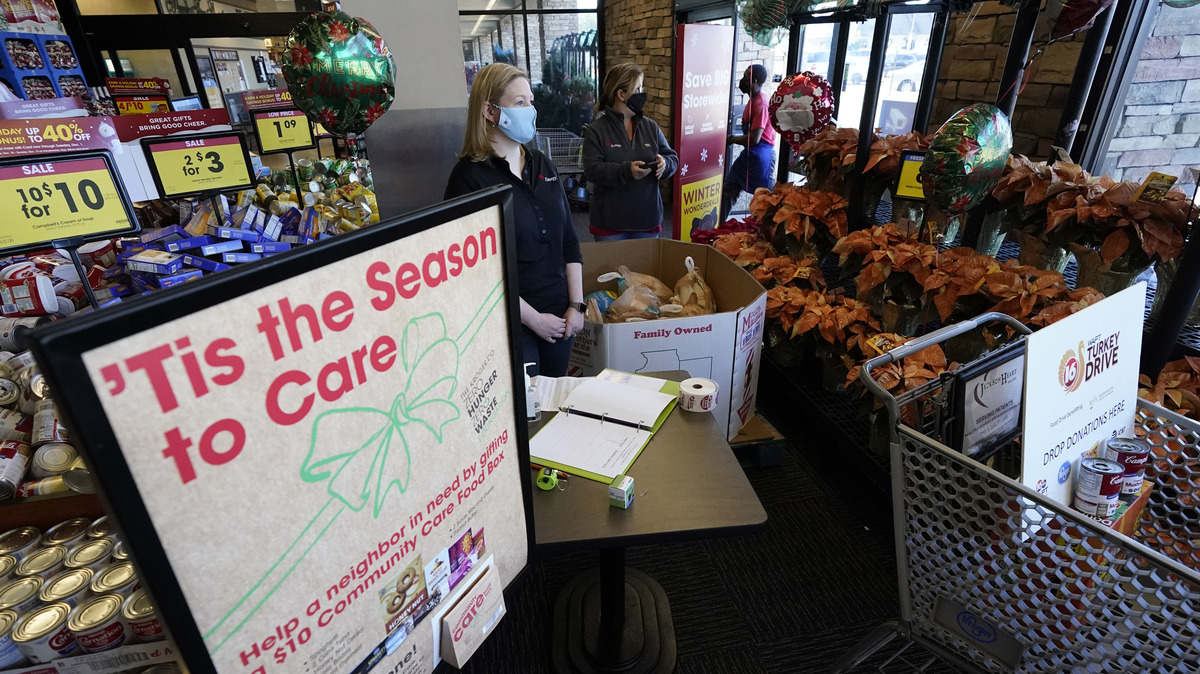 Many Americans are mourning the loss of Thanksgiving traditions due to the coronavirus pandemic, such as family gatherings. But some are seeking new rituals to mark the holiday.

As the child of immigrants from Hong Kong, Erica Woo didn't grow up with Thanksgiving. It was just a day off from school and a holiday she read about in books.

"But somewhere, about 25 years ago," Woo remembers, "our neighbors and very dear family friends said, 'You've never had a New England thanksgiving? You're missing out! Come on over!'"

And since then, they've spent every Thanksgiving together. Over the years, Woo's neighbors have taken her under their wing.

"We talk weeks in advance, and we make our shopping lists, and debate over who has the best squash, and where to get the sweet potatoes, and how big should the leeks be."

Woo says there's something so lovely about being invited into someone's family, and building a tradition you'll carry through to your own. This is the first year they won't be together. But Thanksgiving traditions go on — even without three kinds of cranberry sauce.

"There was no question in my mind that I was gonna order the turkey. It was just, 'How small could I get it?'" Woo laughs.

Drew Hansen is a fellow Thanksgiving evangelist — he and his daughter start menu-planning in June. He's also a state legislator, who gets regular briefings on what the coronavirus has done to travel plans and social gatherings.

"We'll celebrate Thanksgiving over FaceTime, just like how we celebrated Easter over FaceTime. Is that as good as being together?" Hansen asks. "No. Is it better than infecting everyone? Yes."

For Hansen, the ritual is important.

"Barack Obama used to say we don't have much that pulls us together as Americans anymore. We have the Super Bowl. Well, we also have Thanksgiving, right?"

Rituals, by definition, have continuity because they're something you do year after year. They connect you to the people who've gathered around the Thanksgiving table long before you and to those who will gather long after you're gone. But rituals also evolve.

Janine Roberts is a family therapist and former president of the American Family Therapy Academy, who wrote the book Rituals for Our Time: Celebrating, Healing, and Changing Our Lives and Our Relationships.

"If rituals don't change, and if they don't move with the cultural landscape that's changing, then they don't become meaningful," Roberts says.

She says while Thanksgiving often gets a Normal Rockwell gloss, it has so many expressions, so many meanings. And it became a national holiday in 1863 — during the Civil War.

"That was, in some ways, probably the most divided time in our country," says Roberts. "Even more divided than now."

Roberts says maybe people want to take time this year to light candles for those who have died or write letters of thanks to people who aren't at the table. These acts make and mark human connections, even if that connection is from afar. And maybe these new practices will become traditions of their own.

"It's just this feeling that you can't recreate, of all these disparate people coming together, and falling into something that they can feel thankful for on Thanksgiving," Kopplin remembers wistfully.

But this year, Kopplin's Coffee is closed (the cafe, that is, Kopplin stresses they're still shipping beans around the country). They cried the day they turned off the espresso machines, and they're just now beginning to sense of the loss of Thanksgiving.

"I don't know if it will really hit me until the actual day it happens," Kopplin says.

It's OK to be sad about things that are sad. But, Kopplin says, we can figure our way through the holidays and the changed traditions, just like we've figured out everything else this year. Whether that means making a tiny turkey, or writing Thanksgiving letters or staying in pajamas and ordering takeout. And remember, these changes won't be forever. Which is something to be thankful for.

"The way that we can support each other is by not being together," Kopplin says. "In some ways that's heartbreaking, right? But in some ways, it's like the best you can do is to hold on to the meaning of that in the spirit of community."