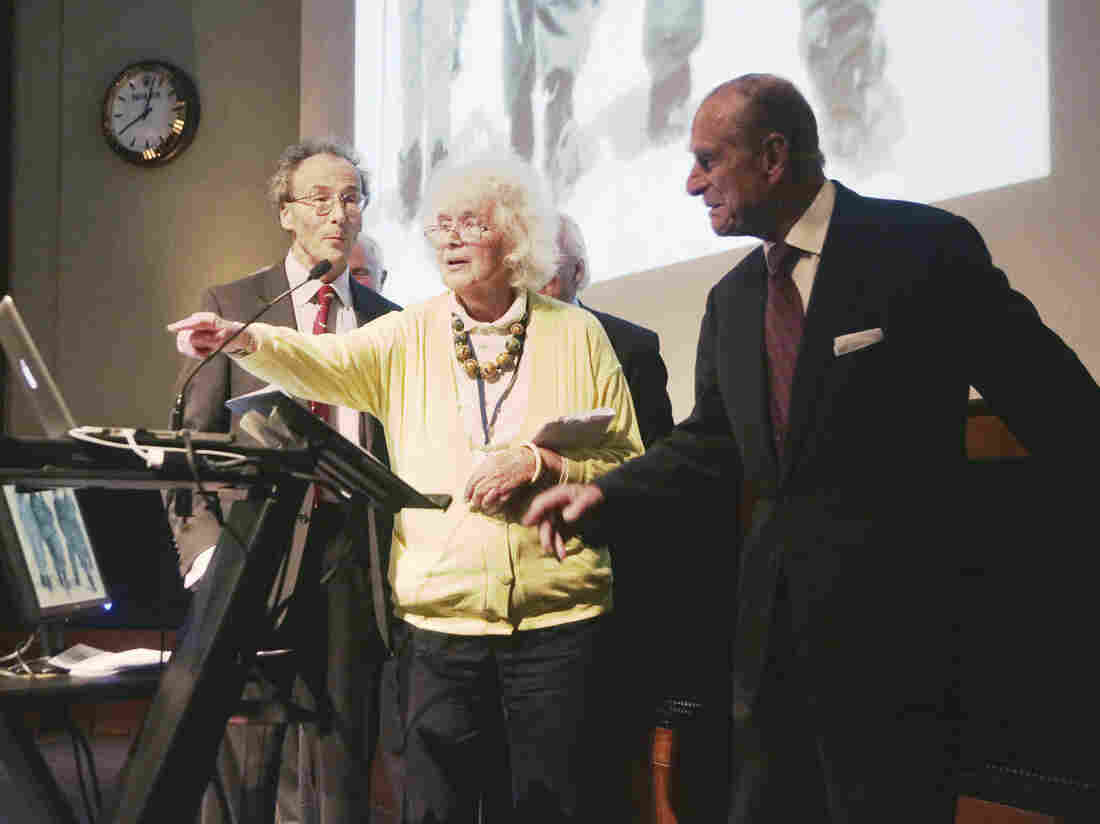 In this May 29, 2013 file photo, travel writer, journalist and author, Jan Morris, center, with the Duke of Edinburgh, right, during a reception to celebrate the 60th Anniversary of the ascent of Everest, at the Royal Geographical Society in London. Yui Mok/AP hide caption 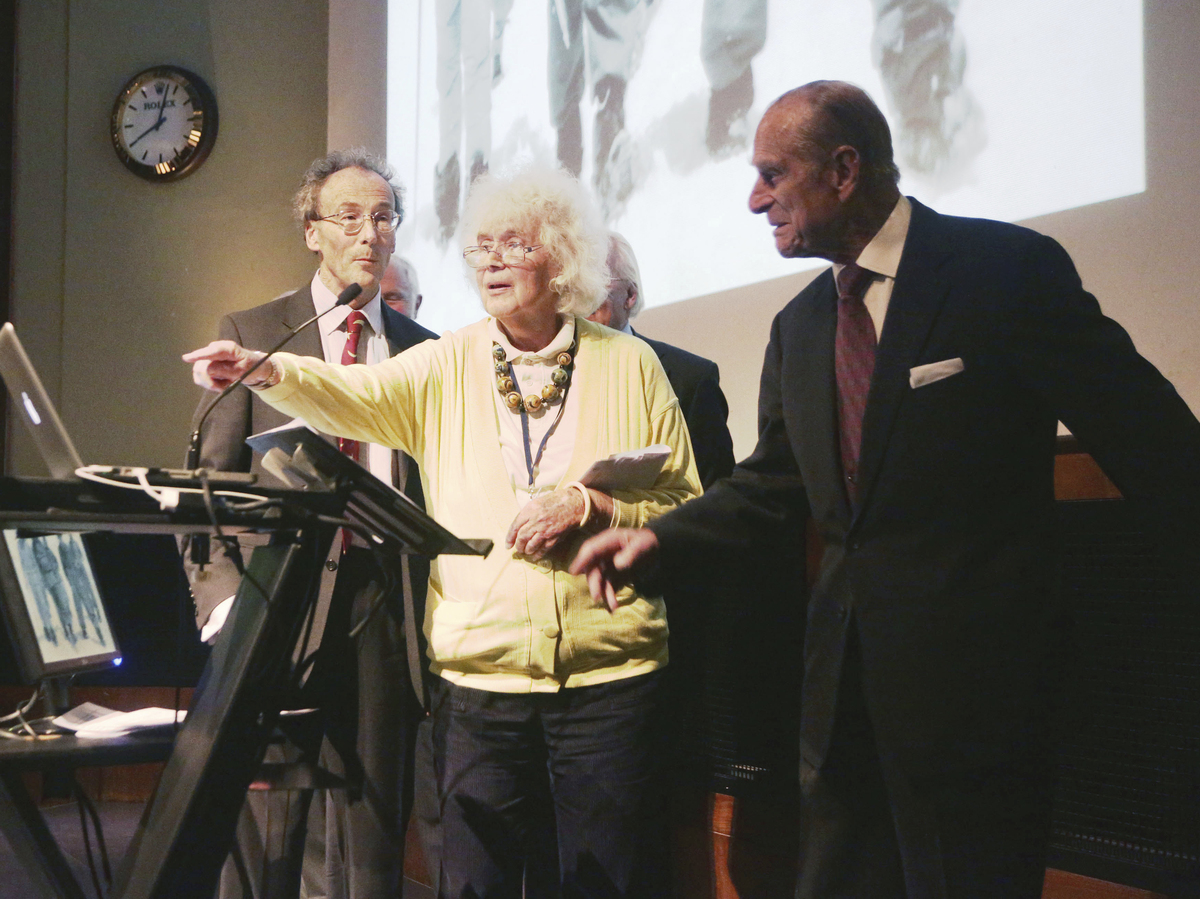 In this May 29, 2013 file photo, travel writer, journalist and author, Jan Morris, center, with the Duke of Edinburgh, right, during a reception to celebrate the 60th Anniversary of the ascent of Everest, at the Royal Geographical Society in London.

To open a book by Jan Morris is like popping the cork on a bottle of champagne: pop, fizz, then bubbles of delight.

She climbed with Edmund Hillary and Tenzing Norgay on Mt. Everest, covered wars across deserts, and wrote dozens of books, including the Pax Britannica trilogy — her at once lyrical and irreverent history of the British Empire — fine novels, and scores of essays about the world's great cities. Listen to, or savor, her description of Hong Kong, just before the handover from British to Chinese control:

"The garish merry signs, the clamorous shop-fronts, the thickets of TV aerials, the banners, the rows of shiny hanging ducks, the washing on its poles, the wavering bicycles, the potted plants massed on balconies, the canvas-canopied stalls selling herbs, or kitchenware, or antiques, or fruit, the bubbling caldrons of crab-claw soup boiling at eating stalls, the fantastic crimson-and-gold facades of restaurants ... the ceaseless clatter of spoons, coins, mah-jongg counters, abaci, hammers, and electric drills."

Jan Morris roved and wrote about the world, when she left her outpost in Wales, but for years was best-known for her 1974 memoir titled, Conundrum, about her gender transition two years earlier, in her mid-40s.

"To myself I had been a woman all along," Morris wrote. "And I was not going to change the truth of me, only discard the falsity. But I was about to change my form and apparency. ... It is one of the most drastic of all human changes, unknown until our own times, and even now experienced by very few; but it seemed only natural to me, and I embarked upon it only with a sense of thankfulness, like a lost traveler finding the right road at last."

Jan Morris told the Financial Times in 2018 she was glad the world had so changed, and she had written so much. Her transition was no longer the first line of any article about her. It wasn't when she died yesterday, at the age of 94.

She was still together with Elizabeth Tuckniss. They had married in 1949, had a cosmetic divorce before Jan's surgery, but stayed together; and lived long enough to have a civil union ceremony in 2008. Jan Morris said they had a gravestone waiting under a staircase, chiseled in Welsh and English, "Here are two friends, at the end of one life."

One of their sons sent out a message yesterday: "The author and traveler Jan Morris began her greatest journey. She leaves behind on the shore her lifelong partner, Elizabeth."

"First to last," Jan Morris once wrote, "the world never ceased to astonish me."