Accessibility links
David Cross : Bullseye with Jesse Thorn Actor and comedian David Cross is our guest! While you may know him best for his stand-up comedy and roles on shows like Arrested Development and Mr. Show, David joins Jesse to talk about his newest endeavor - a dramatic role in the new film The Dark Divide. He talks about the mental and physical challenges of playing that role, growing up in Georgia, and his enduring relationship with Mr. Show co-creator, Bob Odenkirk. Plus, why he'd describe his new movie, The Dark Divide, as an "underpants heavy" film. 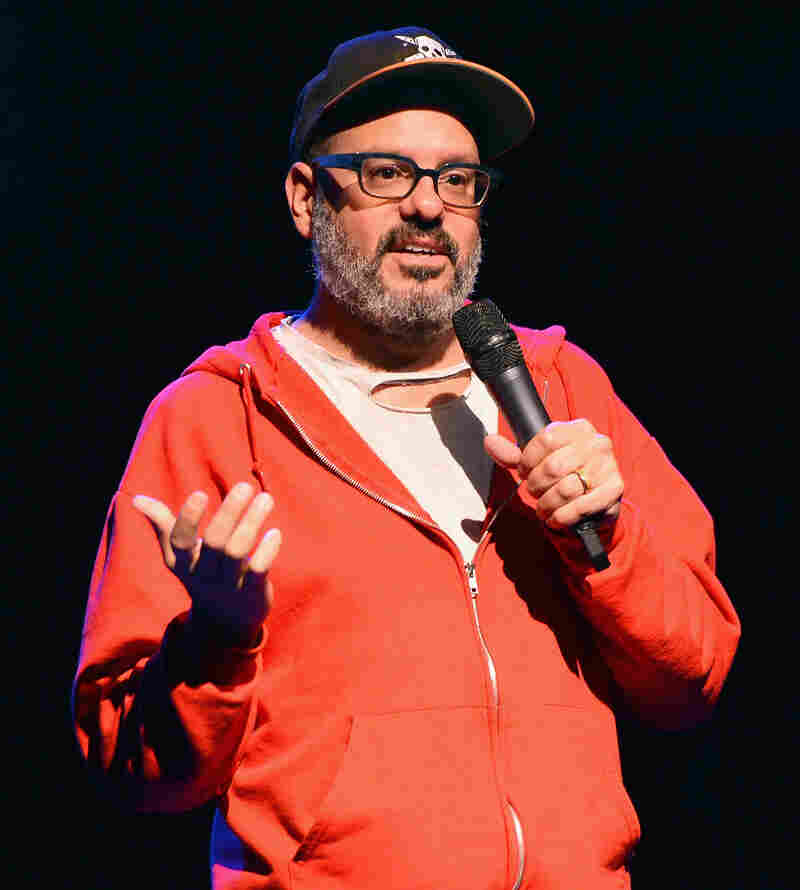 David Cross is a really funny guy. He's been funny for a long time. And he's worked hard at it. In fact, the day after he graduated from high school in the early eighties, David left behind a precarious childhood in Georgia and moved to New York City to pursue stand-up comedy.

That move and several years of stand-up and sketch comedy eventually led to a job in the writer's room on The Ben Stiller Show. That's where David met his long-time collaborator, fellow writer and comedian, Bob Odenkirk.

In the mid-90's David and Bob Odenkirk created the HBO sketch comedy show, Mr. Show with Bob and David. It was a kind of oddball, surrealist show with a cult following that featured lots of young comics who would later rise to fame like Sarah Silverman and Jack Black.

But his best known -and probably most quoted- role came in the Emmy nominated series. Arrested Development. David spent five seasons on the critically acclaimed comedy series where he played Dr. Tobias Funke, the ne'er-do-well son-in-law of the Bluth Family, whose characteristic optimism is derived from his almost complete detachment from reality.

But recently, David's started branching out. He stars in the new film, The Dark Divide. In it, he plays a fictionalized version of Robert Pyle, a real life science writer and expert in moths and butterflies.

In the film, Robert is at a crossroads in his life. He's just lost his wife to a long battle with cancer. He's rudderless, doesn't really know what to do with himself. So he does something pretty extreme:

He packs his car with butterfly catching stuff, gets all the hiking gear together he can find, and heads to a giant forest in Washington State. There, Pyle embarks on a 6 week long trek through the woods, ostensibly to find and research new butterfly species.

It's a beautiful, kind of quiet film. It bounces back and forth between his time in the forest and the last days Pyle spent with his wife. And Cross loses himself in the part - you can see his sadness and exhilaration. Sometimes you feel it, too.

David joins Jesse to talk about his newest endeavor - a dramatic role in the new film The Dark Divide. He also talks about the mental and physical challenges of playing that role, growing up in Georgia, being a new dad, and his enduring relationship with Mr. Show co-creator, Bob Odenkirk. Plus, he tells us why he'd describe his new movie as an "underpants heavy" film.