Accessibility links
Sarah Jarosz's New Song 'Up In The Clouds' Is About Staying Still The Americana artist's new song, written for Morning Edition's Song Project, is about having to hit the brakes on life after years in constant motion. 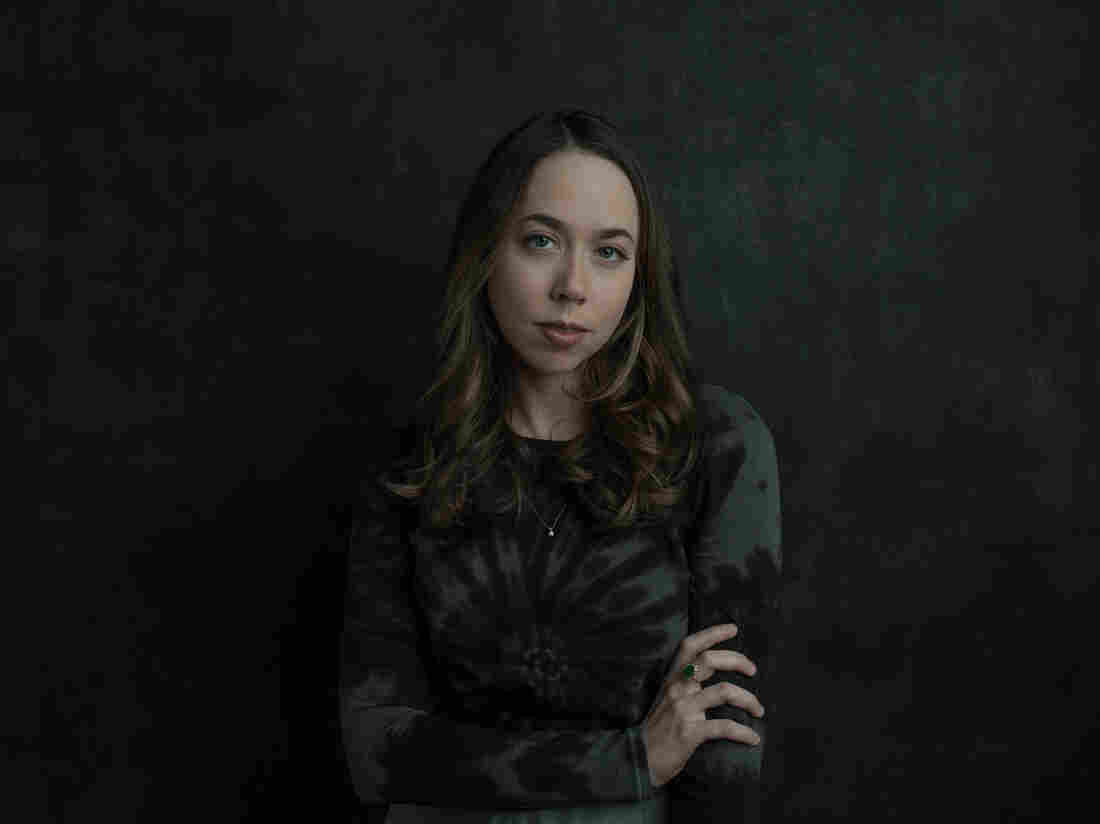 Sarah Jarosz's new track for Morning Edition's Song Project, "Up in the Clouds," is about coming to terms with life at a standstill. Josh Wool/Courtesy of the artist hide caption 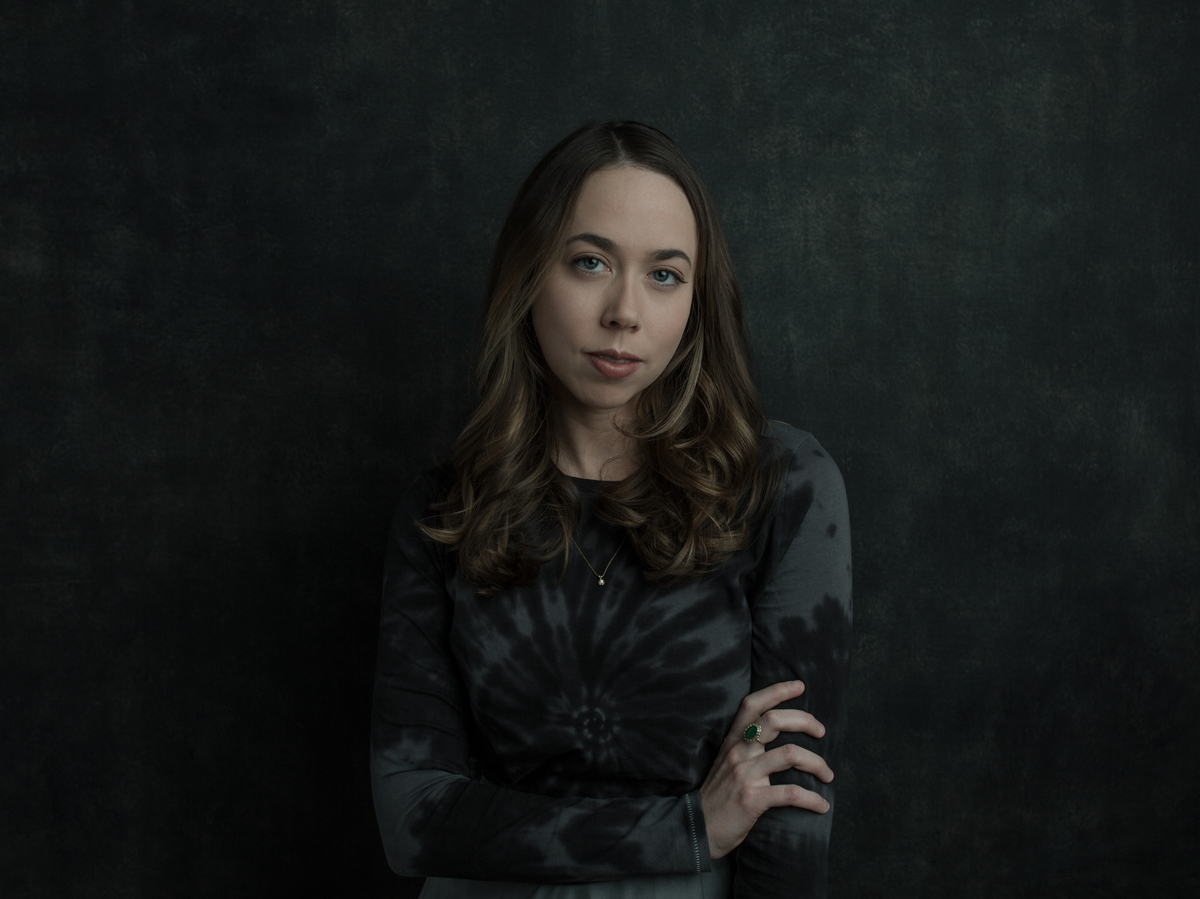 Sarah Jarosz's new track for Morning Edition's Song Project, "Up in the Clouds," is about coming to terms with life at a standstill.

The Morning Edition Song Project, in which musicians compose an original song about the COVID-19 era, returns this week with singer-songwriter Sarah Jarosz, Americana artist and one-third of the band I'm with Her.

Jarosz had big plans for 2020. She'd recorded her first solo album in four years, World on the Ground (now nominated for a Grammy). She had a new band and a big tour in the works. Naturally, it was tough when the pandemic shut everything down.

"I made this record that I just believe in so much and had the best time making," Jarosz says. "And then everything changed, of course,"

When she wrote her last album, Jarosz says tried to get out of her head and be more of a storyteller; her characters were people from small towns who dreamed of something more. At first, she tried to write a couple of songs like that for this project, but it didn't work.

"I kind of realized, why I was hacking away at those [when] my experience this year has been my inner monologue, being in my head?" she says. "Once I realized that ... this song just poured out of me."

NPR's David Greene spoke with Jarosz about putting the touring life on hold, her move from New York to Nashville and turning her headspace into a new song, "Up in the Clouds." Hear the radio version at the audio link, and read on for an edited transcript.

David Greene: How did you pivot away from the travel you were planning for this year? What did you do instead?

Sarah Jarosz: Well, it's been a very slow process. Because, you know, in the beginning, it wasn't clear how long this was even going to go on, so there were many layers of kind of thinking, "Okay, well, I'll cancel these couple of shows and then maybe we'll get back to it at the end of the summer." And then I think, by August, it had really set in, like, oh no, this is the long haul.

This tour is not happening.

This tour is not happening. I've been a touring musician since my teens — started playing shows around the Austin area in my early tweens, even. And my life has sort of been this constant motion, never being in the same place for very long, and kind of getting used to that over the years. So it's been a humongous adjustment recalibrating into day in, day out in the same place.

Sarah Jarosz, 'Up In The Clouds' (Web Exclusive)

Through all of this, you've also decided to move from New York to Nashville, right? What prompted you to want to move from a new city in the middle of a pandemic?

I wouldn't say it was really a decision — it just kind of was the way that it went down. It became apparent, with the more and more work that started to get canceled, that I just wasn't going to be able to make it work to stay in New York anymore. In July, I drove up there and quickly got my things out of my apartment. It was very emotional. I think I'd always thought, when I leave New York, I'll ...

Go to my favorite restaurants and bars! And this was very much the opposite of that. It was just sort of in and out — packed up the apartment that I had been in for seven years.

When you emailed us an early demo of this song, you wrote, "I settled on a 3/4 time signature because it evokes the waltzing, swaying, floating quality that mirrors what it feels like to be alive right now." Talk more about that. Why does a waltz feel like what life is like in this moment?

It's not even. It's not four on the floor. You're being jolted to one side, and then swaying back to the other, and then back and forth, up and down. Because it's been so hard, I knew that I wanted to try to have a hopeful sort of twinge within the song, allowing the song to sort of lead me forward.

[Music] is my livelihood, and it's also what I love to do — that's definitely where the anxiety has sort of rooted from. But there's been silver linings in having this time to kind of stare that down and try to grow from it. Because if I ever experienced those things before this time, I would've been so caught up in my music and my life that I would've just sort of set it to the side. I'm trying now to sit with it, observe it from this different perspective, with this time that I haven't had before.

At the end of the song, there's a line about opening your windows to hear birds still singing. Is that just a poetic image, or has it really been a sense of comfort for you when you open your window and hear that?

I have found such comfort in small things. Literally, the last few days I've just been waking up and staring out my window, and there's been all these millions of birds outside. I don't know if they're migrating or what, but I've just been watching them kind of flock around outside the house. I wouldn't have taken that time before. Those little things create so much hope.