Accessibility links
How Biden And Democrats Are Thinking About More COVID Relief A question for Joe Biden and his team is whether they should be encouraging Democrats to move quickly, to deliver aid faster, even if that means accepting a smaller deal. 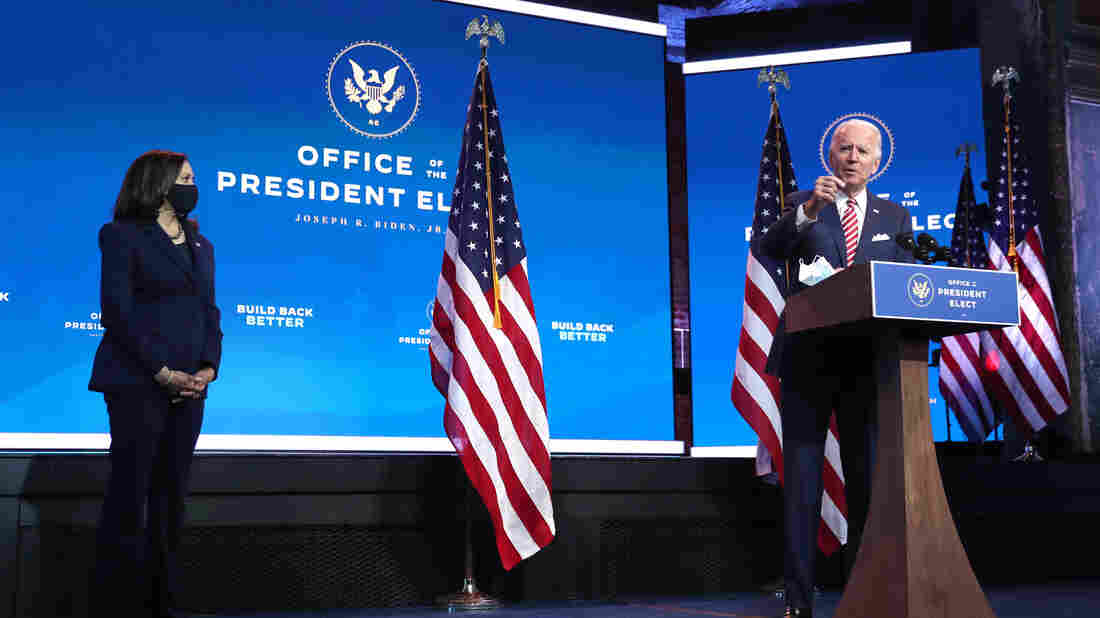 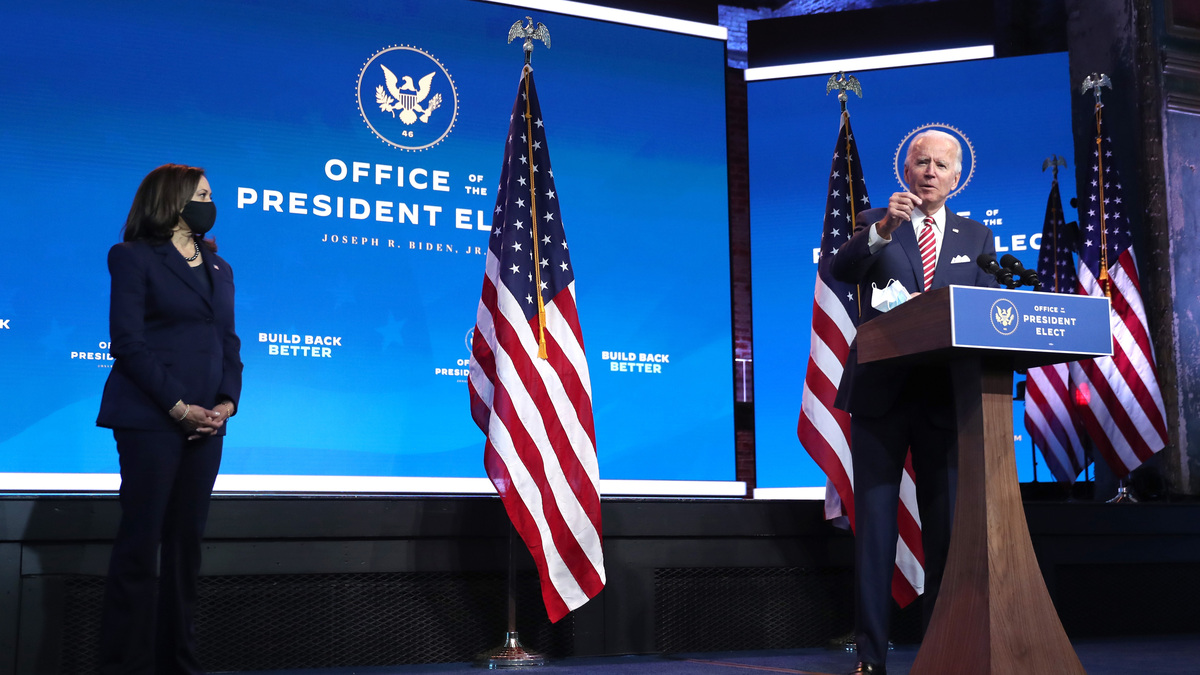 Multiple coronavirus vaccines appear to be on the horizon, but the U.S. economy is on shaky footing, and before those vaccines are expected to become widely available, millions of Americans could first fall off an economic cliff.

Some 12 million people are expected to lose unemployment benefits the day after Christmas, and moratoriums on evictions and student debt payments are set to expire at the end of the year.

Yet Congress has been unable to reach a compromise that would alleviate that economic hardship. Despite months of on-and-off negotiations, Republicans and Democrats haven't agreed on the terms of another COVID-19 relief bill.

Then, last week, Treasury Secretary Steven Mnuchin told the Federal Reserve it must wind down a series of pandemic lending programs. Congress had given the Treasury Department $454 billion in the spring to backstop the Fed on emergency loans. Much of that money had remained untapped, and, in theory, could have been used by the Biden administration. But by ordering the Fed to return the money, the Trump administration is essentially tying the incoming administration's hands.

The focus for immediate aid is back to legislative action. Last week, in his first economic speech since the election, President-elect Joe Biden urged lawmakers to step up.

"Right now, Congress should come together and pass a COVID relief package like the HEROES Act that the [Democratic-led] House passed six months ago," Biden said.

The sticking point is that Democrats want over $2 trillion in economic assistance. Republicans insist the economy is doing significantly better than it was when Congress passed the CARES Act in March. Senate Majority Leader Mitch McConnell, R-Ky., has called for $500 billion in new relief.

A question for Biden and his team is whether they should be encouraging Democrats to move quickly, to deliver aid faster, even if that means accepting a smaller deal. The dilemma is testing how he's able to influence Congress before he's sworn in to office.

On Friday, Biden met with House Speaker Nancy Pelosi, D-Calif., and Senate Minority Leader Chuck Schumer, D-N.Y., to discuss an emergency aid package during the lame-duck session. A Biden spokesman rejected the idea that Biden is actively encouraging a smaller deal and says the president-elect "fully supports the speaker and leader in negotiations" with Republicans in Congress and in the White House.

But there's an open debate in Democratic circles about priorities for relief.

Dow Surges Past 30,000 Points For 1st Time In Historic Milestone

Jared Bernstein — who was chief economist for Vice President Biden during the last recession and is now a transition adviser — told reporters in a Q&A with the Society for Advancing Business Editing and Writing that typically an incoming administration would wait until it's officially in charge to put its fingerprints on policies.

"That's certainly what we did in the Obama administration where we had the Recovery Act in the field a month after President Obama took office," he said.

But Bernstein says the current environment is different.

"You hear the president-elect saying this is something that should happen now, and the reason is because the economy is at a very precarious moment," he said.

Bernstein says there are three primary factors to consider in framing a new stimulus package — size, composition and speed. He singled one out.

"Composition is important, size is very important, but speed is so essential right now," he said in the SABEW interview.

It's a receptive argument for Jason Furman, who was a chair of the Council of Economic Advisers in the Obama administration.

"I think a meaningful something is a lot better than nothing, and holding out for more is a strategy to prolong suffering," he said in an interview with NPR.

"I wouldn't be surprised if there's a debate within Biden world of, '$500 billion sort of sucks but we may not be able to do better, and this means like the economy will be better under us,' " Furman imagined. "'And we don't need to take ownership for it' ... versus other people who won't want to look like they're party to a cave even before he's in office."

It would be complicated for some Democrats to look like they're giving in. But regardless, Harry Reid, who was Senate majority leader during the 2009 negotiations, says rarely does Congress pass much legislation around the holidays.

"I think it will be very difficult to get a meaningful relief bill done before Jan. 20," Reid said, referring to Inauguration Day.

Reid believes the dynamic will shift in Biden's favor once President Trump is no longer in office and McConnell will face more pressure from the public.

"I think it will put some wind under the wings of McConnell not to be the Grim Reaper," he said.

Reid thinks if anyone could work with Republicans to pass more aid, it'd probably be Biden. Reid helped Biden push through the last major stimulus bill under a Democratic administration. But back then, in 2009, Democrats controlled the Senate, whereas now control of the chamber depends on two Georgia runoffs in early January. And by then, regardless of which party wins those races, the economy could be even shakier.