Accessibility links
D.C. Federal Court Dismisses Trump Census Memo Lawsuit In a 2-1 vote, the court tossed out a lawsuit, one of several working through the courts, that challenged a memo on excluding unauthorized immigrants from numbers that reset the Electoral College map. 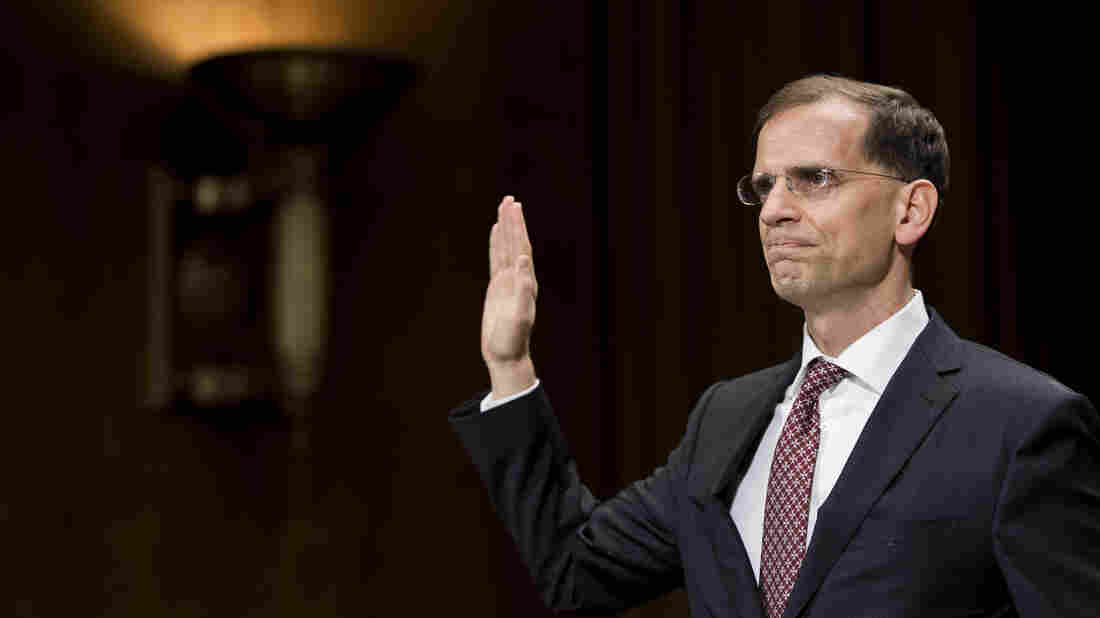 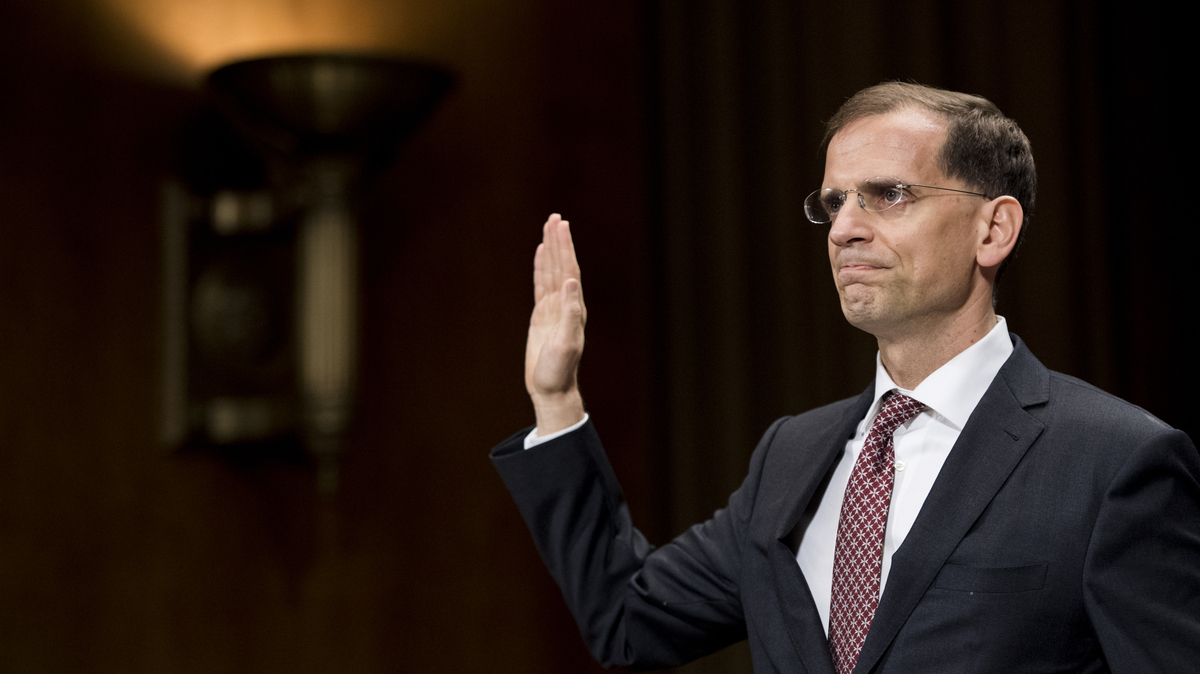 D.C. Circuit Judge Gregory Katsas joined another Trump-appointed federal judge in voting to dismiss a Washington, D.C.-based lawsuit over President Trump's efforts to omit unauthorized immigrants from the census numbers that set up the next Electoral College map.

A federal court in Washington, D.C., has tossed out a lawsuit filed against President Trump's efforts to exclude undocumented immigrants from a key set of census numbers.

The ruling, by a three-judge panel of mostly Trump-appointed judges on Wednesday, disposes of one of multiple such suits. It comes days before the U.S. Supreme Court is set to hear oral arguments on Nov. 30 for a similar, New York-based case, about whether the president can leave unauthorized immigrants out of the 2020 census counts used to determine each state's share of congressional seats and Electoral College votes for the next decade.

The high court's decision on that question is expected to be the one that counts.

Still, the new 2-1 decision by a lower court to punt on the D.C.-based lawsuit after finding that it is "not ripe for review" offers a guide to a potential scenario at the Supreme Court, said Leah Litman, an assistant professor at the University of Michigan Law School.

"I think the Court will also say the dispute isn't ripe," Litman said, "since they could have summarily affirmed the decision" by the lower court in New York instead of deciding to review it.

In September, the New York-based court was the first to unanimously declare that Trump's July memo on changing the census apportionment counts violated a federal law requiring the president to deliver to Congress "a statement showing the whole number of persons in each State."

Similar rulings were later made by lower courts in Maryland and California, where a three-judge panel also found that the memo ran afoul of the Constitution's requirement for reapportioning seats in the House of Representatives using the "whole number of persons in each state."

D.C. Circuit Judge Gregory Katsas and U.S. District Judge Dabney Friedrich — the only Trump appointees hearing a lawsuit over Trump's census memo — took a different approach in declaring that it is too early for any court to make a ruling.

Their majority opinion noted that, among other uncertainties, it is still not clear exactly how the Census Bureau would produce the data to comply with Trump's directive nor which unauthorized immigrants would be excluded.

"Judicial intervention at this time would inappropriately interfere with ongoing action within the Executive Branch," Katsas and Friedrich wrote.

But in a dissenting opinion, U.S. District Judge Christopher Cooper, an Obama appointee, said that any "intrusion" by the court at this point would be "marginal" since counting for the 2020 census ended last month and the bureau is weeks away from reporting the information on unauthorized immigrants that Trump's memo requested.

Cooper also warned against delays in resolving the case, given the potential for jeopardizing state and local redistricting deadlines that are tied to the congressional apportionment process finishing in January.

"The fact that we could wait until after the January apportionment to consider plaintiffs' request for relief," Cooper wrote, "does not mean that we should."

Regardless of how the courts rule, however, the bureau may not be able to finish putting together the census apportionment counts that Trump is seeking to alter until almost a week after his term ends on Jan. 20. After recently uncovering routine "processing anomalies" in the 2020 census results, the bureau has set Jan. 26 as its new target date for delivering the numbers.