Accessibility links
Cher Helps Rescue Kaavan, 'World's Loneliest Elephant' Kaavan the elephant has lived in poor conditions for decades, and he's been alone since his partner died in 2012. Activists, including the pop singer, have successfully campaigned for his release. 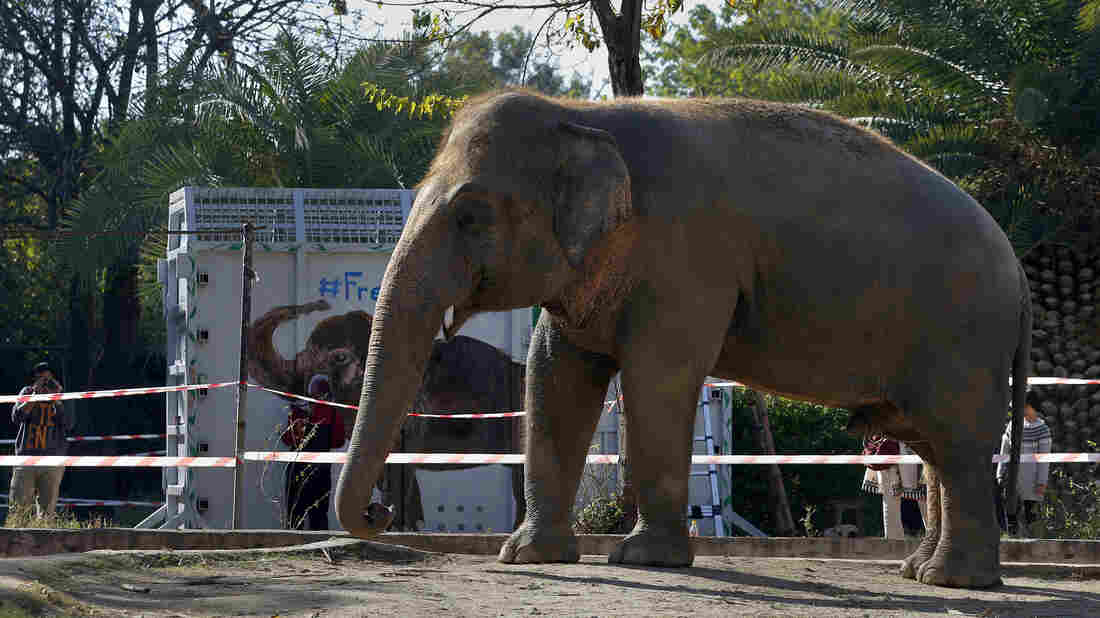 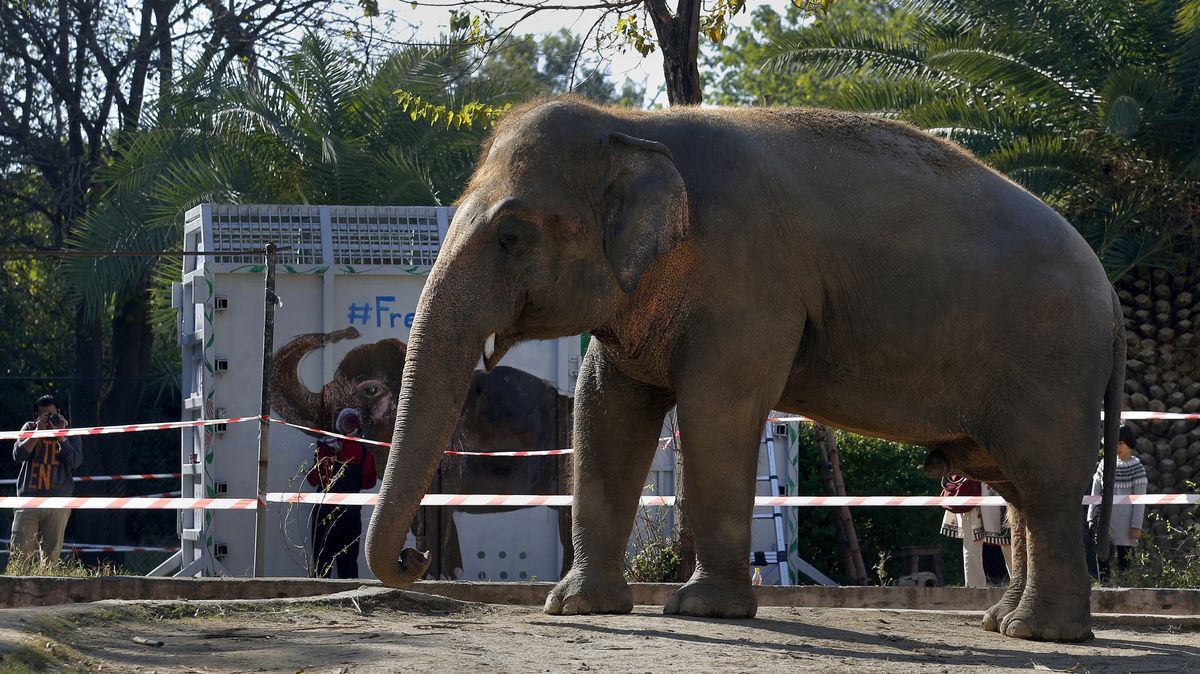 Kaavan, pictured Friday in Islamabad, will be transported to a sanctuary in Cambodia on Sunday.

Singer Cher was in Pakistan on Friday with a message for "the world's loneliest elephant": There is life after love.

Kaavan the elephant has been languishing in poor conditions in Marghazar Zoo in Islamabad since 1985, according to the animal welfare group Four Paws International. He was brought there as a gift from Sri Lanka at 1 year old.

Kaavan had a partner elephant, Saheli, who lived with him from 1990 to 2012. She died when an infection became gangrenous. A veterinarian with Four Paws told The Associated Press that Kaavan was heartbroken when she died. He's been alone ever since.

On Sunday, Kaavan will move to an animal sanctuary in Cambodia, where he will be able to socialize with other elephants.

Activists around the world, including local Pakistanis as well as Cher's charity, Free the Wild, have been campaigning for years for Kaavan's release. Cher wrote on Twitter that she met Pakistani Prime Minister Imran Khan to thank him for making it possible to move the elephant.

Cher has brought star power and media attention to Kaavan's move, but Four Paws is leading the collaborative operation to transport the 5-ton elephant.

"Transferring an adult elephant on a plane is something very, very rare," said Four Paws spokesperson Martin Bauer. Previous transfers he knows of have been much shorter distances between zoos in the U.S.

"An elephant transfer by plane on this scale I think has never happened before, so we are writing history here," he told NPR.

Kaavan will be loaded into a specially built crate and onto a cargo plane. According to Bauer, he will be conscious for the whole 10-hour flight, with a staff of veterinarians accompanying him. After landing, it's an hour and a half drive to the Cambodia Wildlife Sanctuary in the country's northwest.

The sanctuary has three female elephants to keep Kaavan company. It's "the best hope for him," Bauer said.

"The goal is to socialize him. It will take a while because he has lived on his own for such a long time. But yes, ultimately the goal is to bring him together with other animals because that's what elephants want. They're herd animals, they always form families, and that's also what we plan for him."

The Islamabad High Court ruled in May that the animals kept in Marghazar Zoo were held in cruel conditions and the zoo should be closed. In July a court approved the plan to move Kaavan to Cambodia.

Four Paws has been involved in relocating other animals from the zoo, including wolves, monkeys and rabbits, and plans to relocate bears next month.

For the last three months, the focus has been preparing Kaavan for the trip.

Speaking from Pakistan, Bauer said Friday that "everything is going according to plan" for Kaavan.

"He's doing well. He was very cooperative — because elephants can be quite stubborn — but he showed good will. And he's a good boy. And yes, all is fine and it looks very promising that we can leave Pakistan on Sunday."