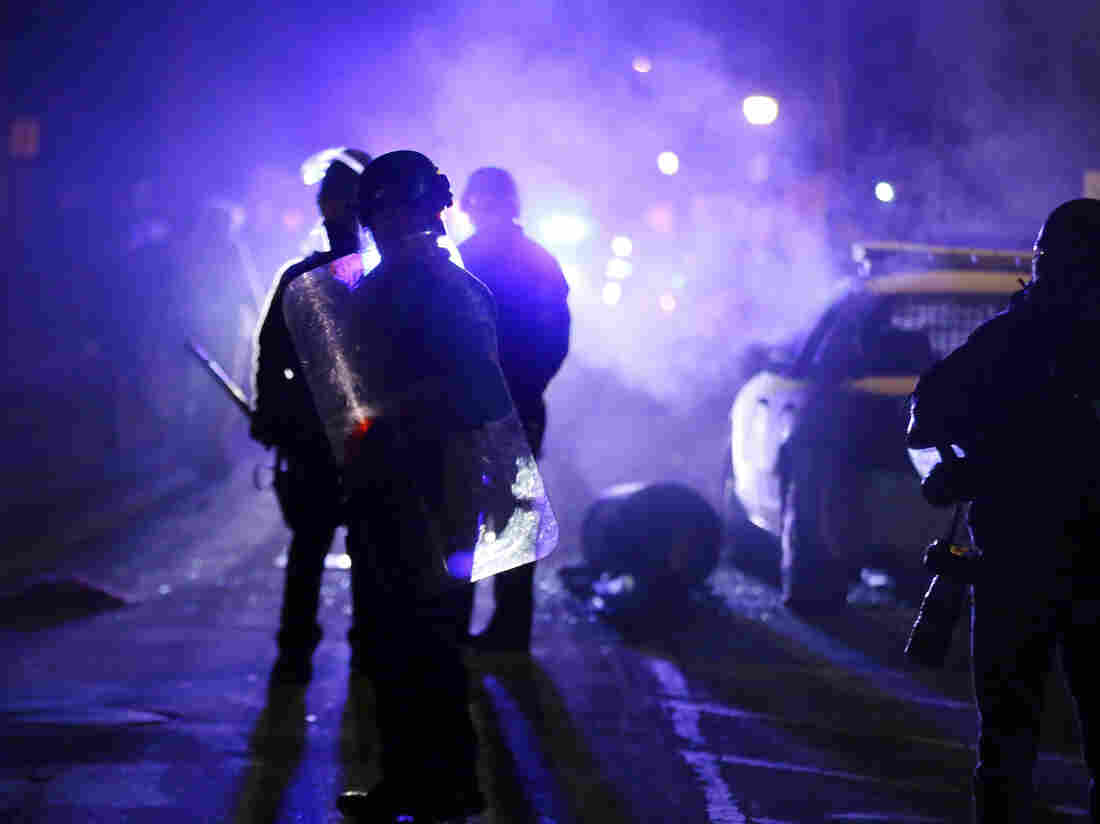 Police officers in Ferguson, Mo., during a protest in 2014. Advocates want the Justice Department to step up its oversight of law enforcement in the incoming administration. Charlie Riedel/AP hide caption 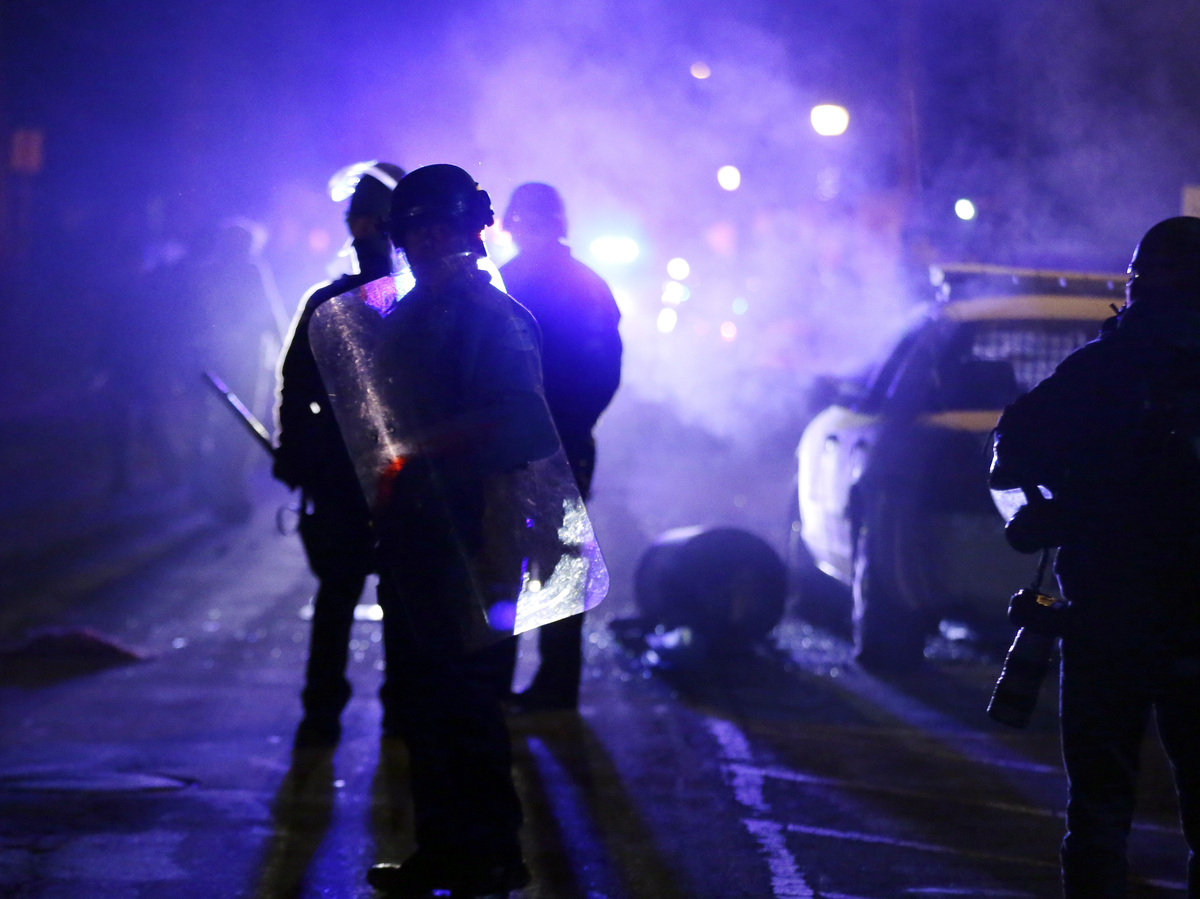 Police officers in Ferguson, Mo., during a protest in 2014. Advocates want the Justice Department to step up its oversight of law enforcement in the incoming administration.

Six months after Donald Trump became president, he delivered remarks about law enforcement that set the tone for civil rights.

In a speech to law enforcement officers on Long Island, Trump said: "Please don't be too nice." To applause from the crowd, the president added that it might not be necessary to protect the heads of suspects being folded into the back of police cars.

"Where I think we see a real fall-down by this administration, and a purposeful one, is in prosecutions of police officers who do their work out on the streets," said Parker, who now works at the nonprofit group Protect Democracy.

U.S. To Continue Executions Through Transition In Break With Precedent

The incoming administration of President-elect Joe Biden says reinvigorating the Civil Rights Division at the Justice Department is a top priority come January. The question for former officials and advocates who closely follow the department: Where to begin?

Call for return to consent decrees

It's not just cases against individual cops who break the law. Veterans of the Justice Department say there's been a retreat on another front: investigating entire police departments for patterns or practices of discrimination.

In the Trump era, Smith said, states including Illinois, Colorado and Minnesota have tried to step in to police their police — not always as well as the federal government can.

"It's very different than the kinds of resources and authority that comes from the United States Department of Justice," said Smith, executive director of the Washington Lawyers' Committee for Civil Rights and Urban Affairs. "And I don't think it's a substitute."

In one of his last acts in office, Sessions issued a memo removing a key tool from civil rights enforcers: His memo made it nearly impossible to use court-enforced consent decrees to help oversee police forces.

In the past, the Justice Department has used such agreements — for example, with the Seattle Police Department, which was found to have a pattern of excessive force — to bring about new practices.

Vanita Gupta, who ran the civil rights division in the Obama years, said she thinks the new Biden team should revoke that memo right away.

"That memo should be withdrawn day one of this new administration," said Gupta, who now serves as president of the Leadership Conference on Civil and Human Rights.

Legacy of George Floyd and others

Gupta said the country is in a different place now when it comes to police oversight, following the summer's protests across the United States following the deaths of Black citizens at the hands of law enforcement.

"I think there is no question that George Floyd's murder in Minneapolis this summer really forced a crucial reckoning around race and public safety," she said.

Biden said in an interview with NBC News that he believes there has to be "accountability" — and he wants to bring police and civil rights groups to the White House next year to talk.

Civil rights advocates said the election has highlighted another big action: the need to do more to protect voters.

But she said the new Justice Department can act even without Congress.

The law allows Justice and others to sue states over discriminatory practices, a step the Obama DoJ took, only to be reversed under Trump.

Gupta, of the Leadership Conference, said new civil rights enforcers need to examine the role of social media platforms and their role in fueling misinformation and disinformation that confused and tricked voters.

In the early weeks of the transition, Gupta said, team members will spend a of time looking at Trump's executive orders and ongoing litigation, to see if they want to reverse course in lawsuits involving affirmative action at colleges and universities and cases that involve LGBTQ rights.

Cylar Barrett says expectations for the new team are high.

"We are hopeful to have the Civil Rights Division restored to its intended purpose," more than 6o years after Congress created it to protect the most vulnerable communities, she said. "Certainly, we'll be pushing from the outside to make sure that does in fact happen."