Accessibility links
Metallic Monolith In Utah Vanishes Just As Mysteriously As It Appeared After its discovery in a remote location in Red Rock Country over a week ago, the metallic prism inspired theories as to its origin. Officials say it was removed by an "unknown party" on Friday.

Metallic Monolith In Utah Vanishes Just As Mysteriously As It Appeared

Metallic Monolith In Utah Vanishes Just As Mysteriously As It Appeared 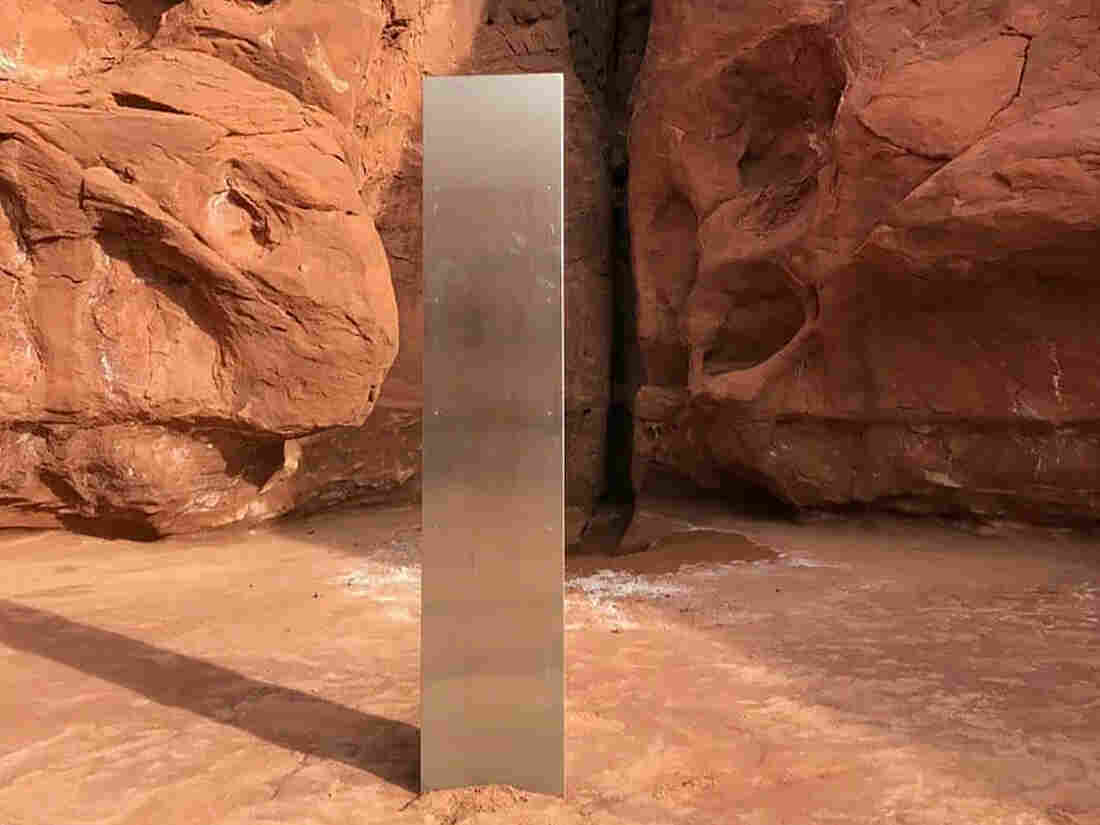 This Nov. 18 photo shows a metal monolith in a remote area in Utah. The mysterious monolith has disappeared less than 10 days after it was spotted by wildlife biologists. Utah Department of Public Safety via AP hide caption 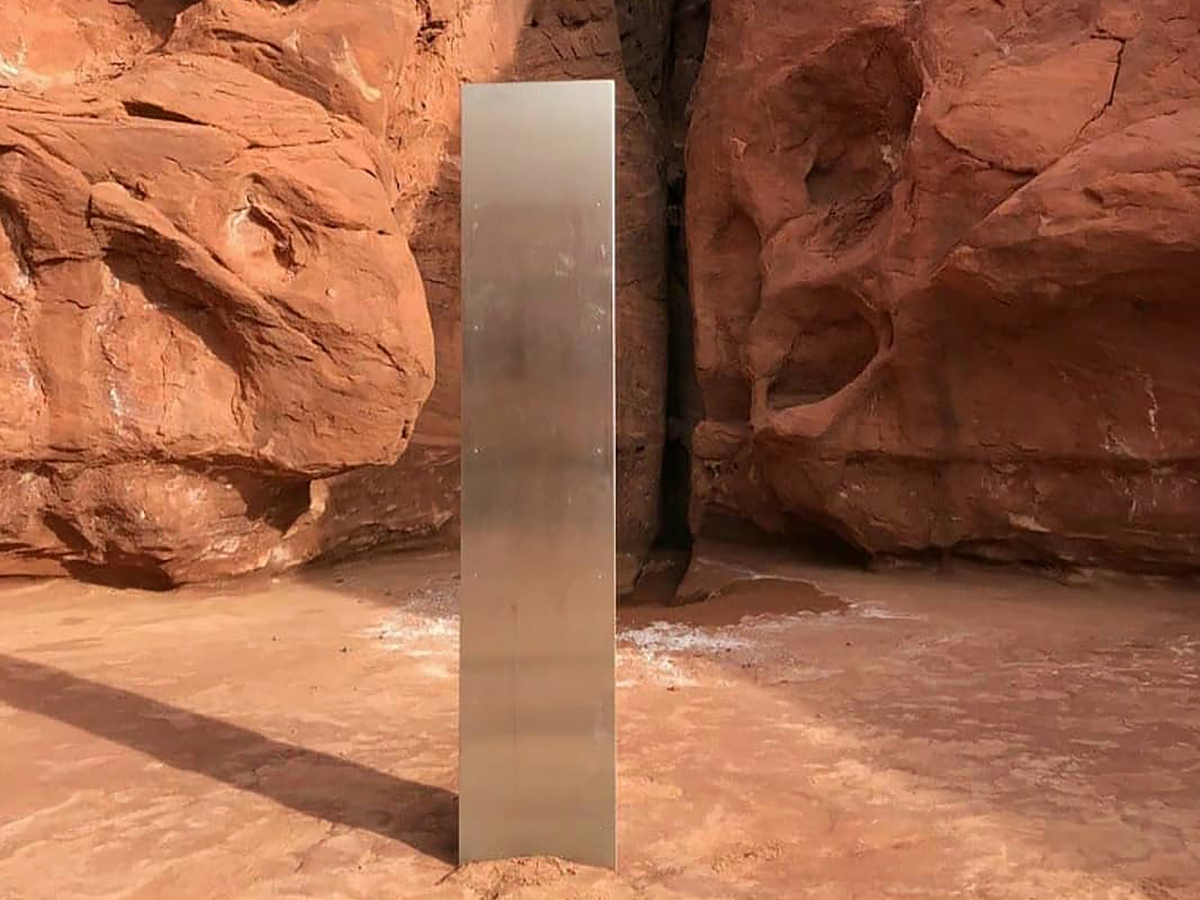 This Nov. 18 photo shows a metal monolith in a remote area in Utah. The mysterious monolith has disappeared less than 10 days after it was spotted by wildlife biologists.

Discovering the origins of the monolith in 2001: A Space Odyssey requires only a keen cinematic eye or time spent with Arthur C. Clarke's novel. But the mystery surrounding its apparent real-life counterpart just got stranger.

A metallic monolith of unknown origin, discovered more than a week ago, has vanished from the Utah desert as mysteriously as it appeared, according to the Bureau of Land Management's Utah division.

"We have received credible reports that the illegally installed structure, referred to as the “monolith” has been removed by an unknown party. The BLM did not remove the structure which is considered private property..." More: https://t.co/ZXJDGzxDaD pic.twitter.com/xXHdijk496

An agency statement says credible reports point to "an unknown party" removing the illegally installed structure on the evening of Nov. 27. The agency also asserts its own lack of involvement in the object's removal or intent to investigate, noting it does "not investigate crimes involving private property which are handled by the local sheriff's office."

A subreddit dedicated to the monolith showcased several images purporting to show that the structure had been removed.

The structure, a three-sided metallic prism, was discovered by Utah public safety and wildlife officials on Nov. 18 while they were conducting a survey of bighorn sheep by helicopter in Red Rock Country in southeastern Utah.

Photos taken by that crew showed the object to be of some height — about two men — and firmly planted in a narrow gorge. Officials refused to divulge the object's location in order to prevent curious sojourners from stranding themselves and requiring rescue.

Agencies were also quick to jokingly indulge a scenario akin to the plot of Stanley Kubrick's balletic sci-fi masterpiece, where extraterrestrials install rectangular black monoliths on both prehistoric Earth and the moon.

Upon its discovery, the Bureau of Land Management tweeted that actions such as the unauthorized installation of the monolith are illegal, "no matter what planet you are from."

Despite discouragement by state and federal officials, many people sought out the monolith's location. An entire subreddit dedicated just to finding the monolith features photos of such expeditions. Others have taken it upon themselves to investigate the monolith's origin, purpose and composition.

One such investigator posted to Instagram his failed attempt to place a magnet on the gigantic metal prism. His conclusion was that the prism was three panels of aluminum riveted together.

A post to a separate subreddit dedicated to the monolith claims that Google Earth images indicate the monolith has been in that location since at least 2016.

Then there are the theories of its origin that span from the fantastic — aliens and time-travel assisted artifacts — to the commonplace: a film prop or art installation.

The names of several artists have been floated as possible creators, including sculptor John McCracken, who died in 2011. The Utah object bears similarities to McCracken's works.

And McCracken had an affinity for science fiction, according to The New York Times. McCracken's son, Patrick McCracken, told the newspaper that his father once said "he would like to leave his artwork in remote places to be discovered later."