Accessibility links
Most Active Atlantic Hurricane Season On Record Ends The 2020 Atlantic hurricane season ends Monday. And it couldn't come soon enough. The season set plenty of records, including the most named storms, the latest a category 5 formed and many others. 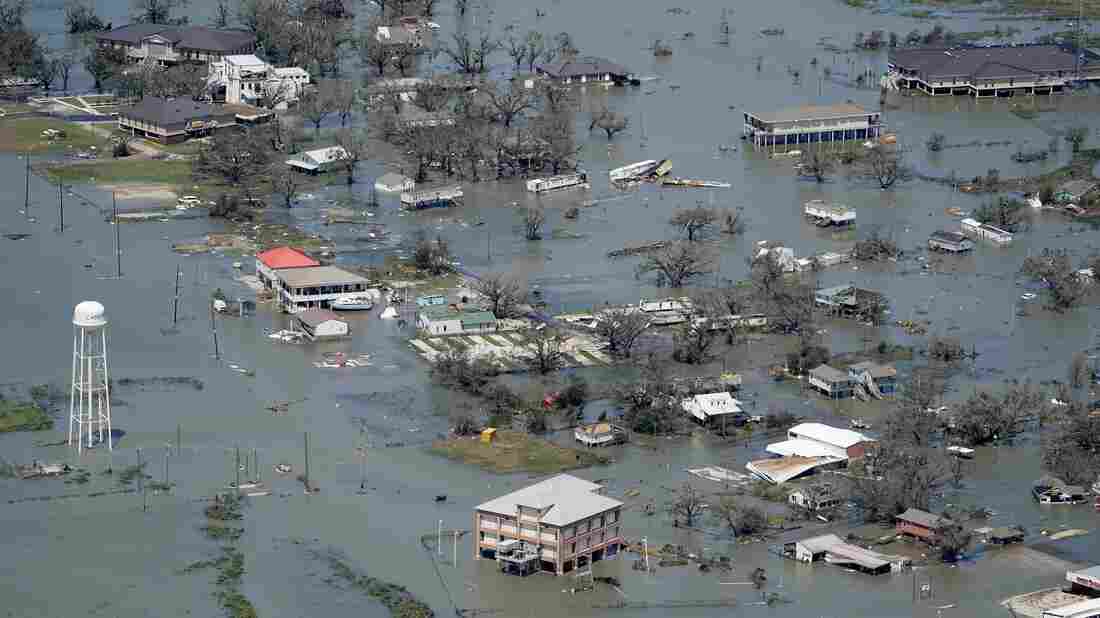 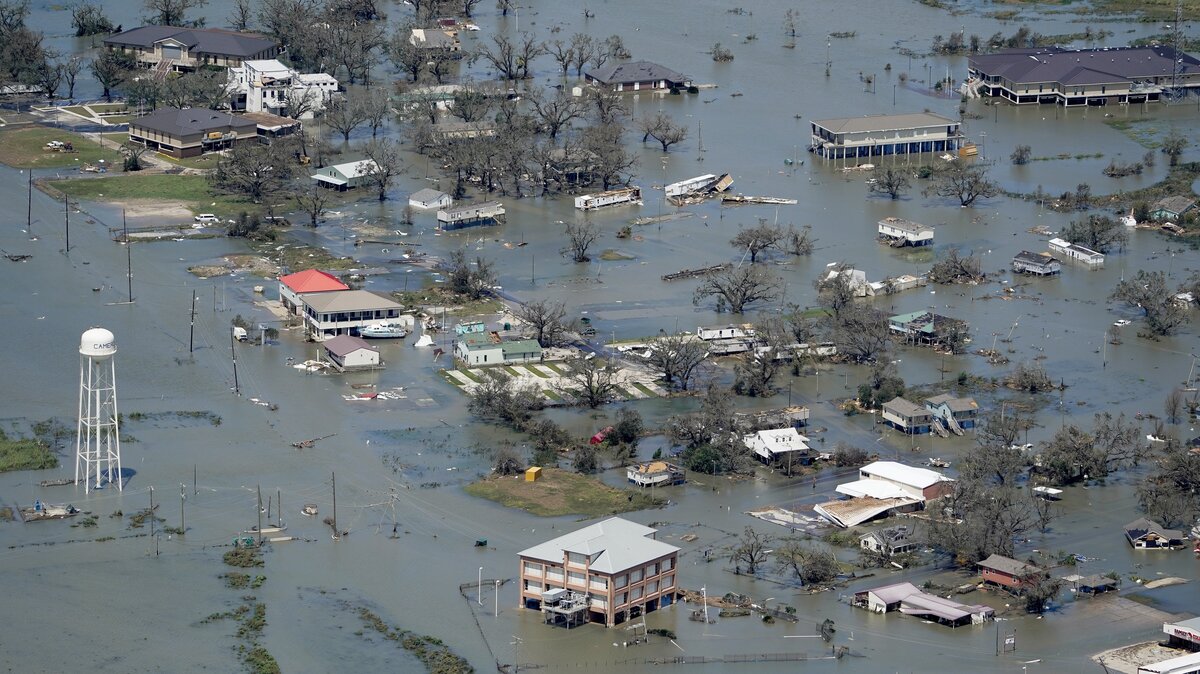 Buildings and homes were flooded after Hurricane Laura hit near Lake Charles, La., in August. Five named storms came ashore in Louisiana in 2020 — part of a record-setting Atlantic hurricane season.

From the Carolinas to Central America, many are glad to see the end of the 2020 Atlantic hurricane season. It set a number of records, including the most named storms. The 30 hurricanes and tropical storms used all the names on the list maintained by the World Meteorological Organization, and the final nine were named for letters of the Greek alphabet.

The last hurricane of the season, Iota, was the latest in the year that any storm has reached Category 5 status. It slammed into Nicaragua and Honduras in mid-November, killing dozens of people. That was just 15 miles from where Eta, another major hurricane, hit two weeks earlier. Eta later went on to make not one, but two landfalls in Florida.

This season also set a record for the most U.S. continental landfalls by a named storm: 12. Given the number of storms, the United States got off relatively lightly. Phil Klotzbach, a research scientist at Colorado State University's Department of Atmospheric Science, says, "We did not have any of these hurricanes make landfall in any major metropolitan areas."

Damage from hurricanes and tropical storms this year is estimated at between $35 billion and $40 billion, far below the more than $200 billion in 2017, with hurricanes Harvey, Irma and Maria. Klotzbach says Hurricane Laura, which made landfall in August in southwest Louisiana, "was a very, very significant hurricane for the Lake Charles area. But had that storm gone 100 miles farther west and headed up toward Houston, obviously the economic damage would have been much higher than it was."

Hurricane Sally did some $5 billion in damage in September after coming ashore near the Alabama-Florida border. In August, Hurricane Isaias' wind and rain knocked out power for millions of people from Florida to Connecticut.

One reason this season was so active is La Niña. That's a weather pattern caused by the interaction of the ocean and atmosphere in the Pacific. Michael Mann, an atmospheric scientist at Pennsylvania State University, says there's another important factor — ocean temperatures in the Atlantic, Caribbean and Gulf of Mexico set new records this year. Mann says, "What we have this year is sort of a perfect storm, no pun intended, of very warm ocean waters and a La Niña pattern that reduces vertical wind shear, creating yet a more favorable environment for these storms to form."

Scientists say climate change is making hurricanes stronger, wetter and more damaging. A recent study published in Nature says because they are carrying more moisture, hurricanes are also keeping their strength longer after they make landfall, causing more damage from winds and flooding.

Mann says it's simple thermodynamics — hurricanes get their energy from the heat in the tropical oceans. He says, "The warmer you make those oceans, the deeper you make that well of warm water beneath the surface, the more energy there is to intensify these storms into the sorts of monster hurricanes we're seeing more and more of."

There's some disagreement among scientists as to why there are more storms. Some believe it's because of a climate cycle in the Atlantic that started in the 1990s that promotes hurricane formation. Others, like Mann, maintain there's growing evidence that the increased activity is being driven by the warming oceans and climate change.

But scientists say, in comparing records with past years', there's a major caveat. Modern forecasting relies on satellite imagery and aircraft, which provide information that wasn't available in previous decades. In earlier years, forecasters would never know about many short-lived storms that didn't make landfall. Klotzbach says in 1933, for example, the U.S. Weather Bureau recorded 20 named storms. "Obviously in 1933, we didn't have satellites, we didn't have aircraft," he says. "So it's really hard to know how many storms we missed. Did we miss 10? That seems maybe stretching it a bit. But it's really, really hard to know."

So 2020: New Storm Forms, Named Alpha Because We've Run Out Of Letters

With so many storms, this year the National Hurricane Center went further into the Greek alphabet for names than it had previously. But some meteorologists see a problem. The World Meteorological Organization says some particularly damaging storms this year, Eta and Iota, won't have their names retired. The letters remain part of the Greek alphabet and are available for future storms.

James Franklin, former branch chief of forecasters at the National Hurricane Center, says the issue also came up after the only other time Greek letters were used — the 2005 season. "The suggestion back in 2006," Franklin says, "was to come up with an alternative list of regular names that could be used if the alphabet was exhausted. And that would make it very easy to retire a name."

It's an idea the National Hurricane Center staff plans to bring up once again when the World Meteorological Organization meets this spring.