Accessibility links
Joe Biden's Broad Electoral Coalition Now Turns To Governing Joe Biden won by tapping into a diverse group of voters who were on a mission to defeat President Trump. But now without Trump, Biden faces a daunting challenge to keep that coalition together. 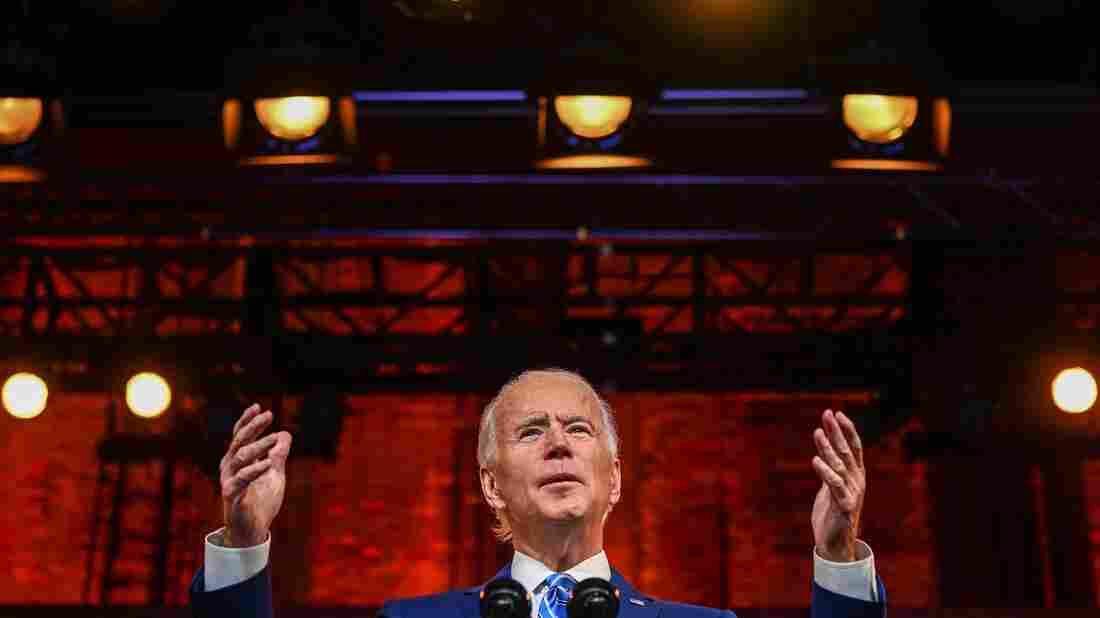 A key test for Joe Biden's presidency will be how he prevents the broad coalition that got him into the White House from splintering once he begins governing. Chandan Khanna/AFP via Getty Images hide caption 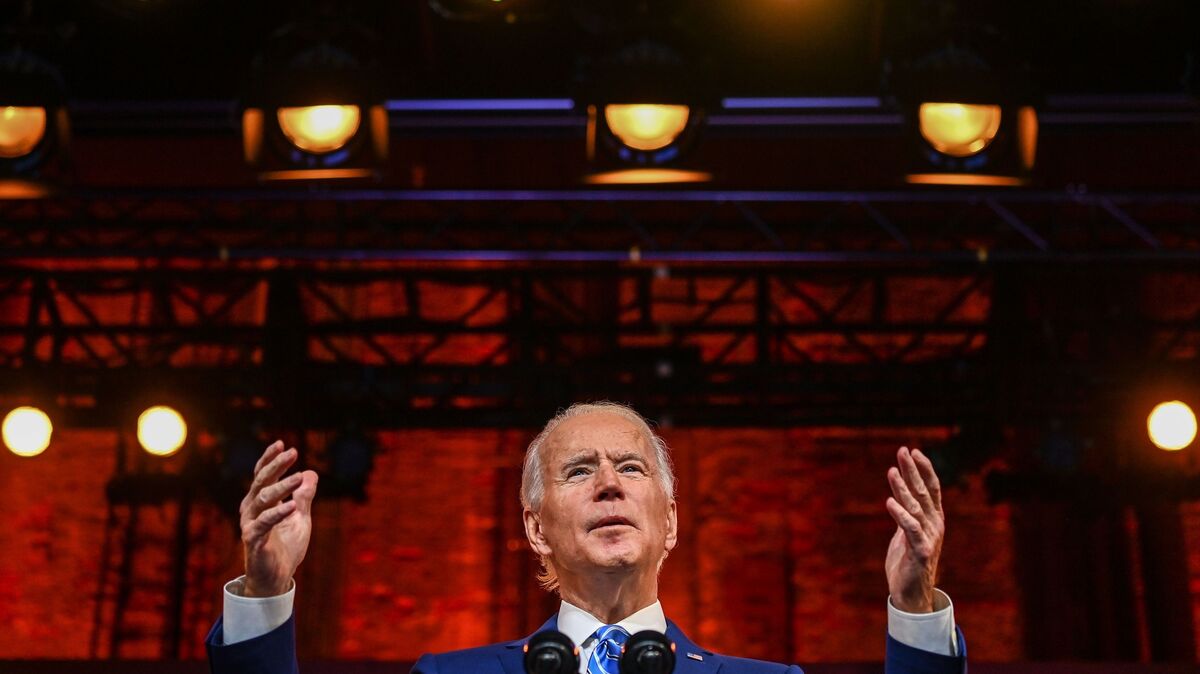 A key test for Joe Biden's presidency will be how he prevents the broad coalition that got him into the White House from splintering once he begins governing.

Joe Biden won the presidency by stitching together a broad coalition of voters — Black and white, from young progressives to former Republicans, and across cities and suburbs — united by a singular mission to defeat President Trump.

But once Biden takes office, and without Trump as an adversary, a key test for Biden's presidency will be how he prevents the broad coalition that got him into the White House from splintering once he begins governing.

Staking a claim to the win

Progressive activists insist Biden would not have won swing states like Arizona or Georgia without their support.

"Without organizations like LUCHA in Arizona or New Georgia Project in Georgia ... the Democratic Party does not win these states," said Ana Maria Archila, the co-executive director of the Center for Popular Democracy. "Because they made a contribution that the party usually doesn't make."

She said grassroots organizations had been working for years in communities of color that political parties have often overlooked.

But moderate Democrats say it was suburbanites, more than progressive young voters in cities, who were key to Biden's victory. They point specifically to the president-elect's margins around Atlanta, Philadelphia, Detroit and Milwaukee.

And while Biden appears to have done better with white voters and seniors than fellow Democrat Hillary Clinton did four years ago, his victory also depended on lopsided support from young voters and voters of color.

In reality, Biden's victory was multifaceted, and without support from multiple groups he likely would have fallen short.

"I think every time someone wins, everyone takes credit," said Lanae Erickson, a senior vice president at the center-left think tank Third Way. "Based on the vote margins, I think you could say any group was the decisive group in the election."

Still, any unity that progressives and moderates had shown in their commitment to defeating Trump quickly dissipated in large measure after election results rolled in showing Democrats had suffered a spate of losses in Congress. Even though Biden won the presidency, Democrats lost seats in the House, and Republicans held on to key seats in the Senate. Almost immediately, some Democrats starting pointing fingers, blaming what they called socialist rhetoric or slogans like "Defund the Police."

Already, Democrats have begun offering competing diagnoses for their problems and competing solutions for the way Biden ought to govern at the outset of his term. 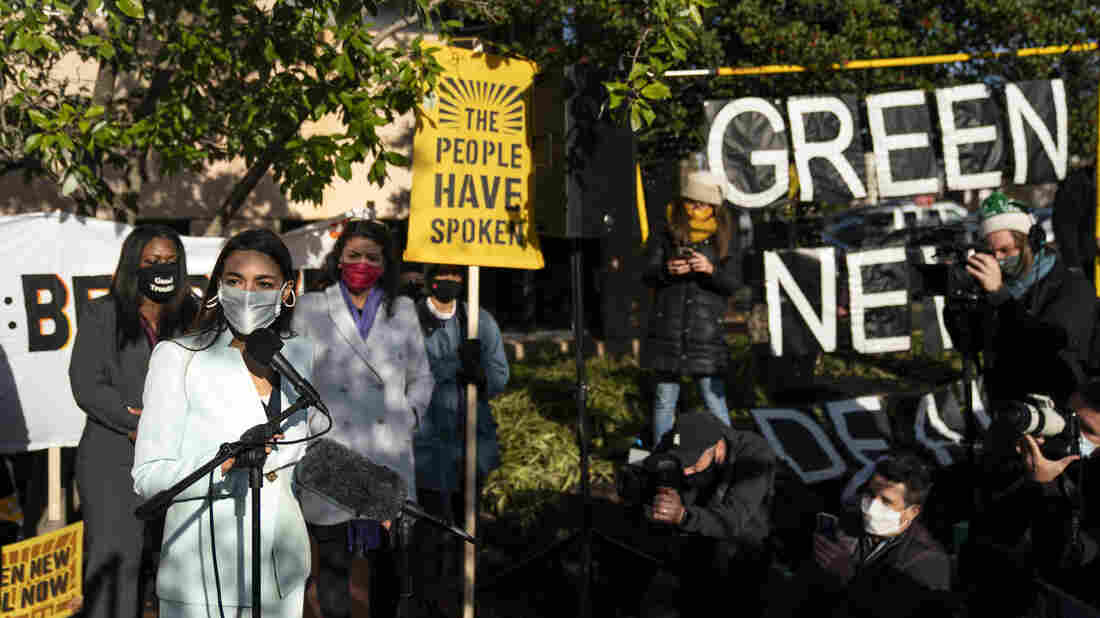 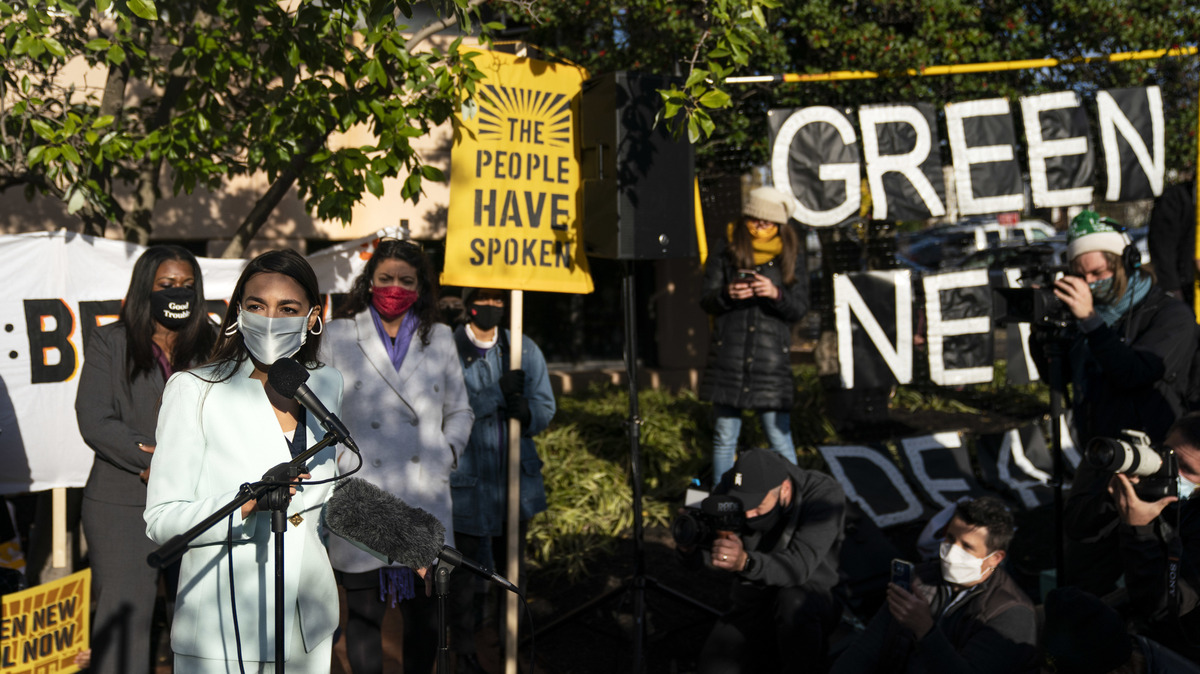 "We have worked with the Biden administration to secure commitment on a $2 trillion climate plan," Rep. Alexandria Ocasio-Cortez, D-N.Y., told fellow climate activists in November outside Democratic Party headquarters in Washington, D.C., referring to a massive green infrastructure plan that Biden announced during the campaign. "We're not gonna stop with a piece of paper — that's not what's going to happen. We're not gonna forget about that agreement for the sake of an election, are we? What we're going to do is we're going to organize and demand that this administration ... keep their promise."

Likewise, Archila says she expects to see Biden keep his word on immigration, even if that requires efforts exclusively through executive actions.

"People who turned out, who despite their lifetime of experience of not having their lives fundamentally improve [through politics], the party needs to be able to demonstrate that they're willing to fight for them," she said.

But other Biden backers think he needs to focus more on tone than policy — to work on bringing both sides of the aisle together and restore civility.

"I think the president-elect needs to continue governing like he ran his campaign, and that is one of unifying America," said John Farner, an alum of George W. Bush's administration who supported Biden this year.

Unity out of necessity

But the question remains: How can Biden unify America if his party is divided?

"We are in the middle of a struggle for what the Democratic Party should be about," Archila said.

Despite the public hand-wringing, Democratic pollster and political strategist Stan Greenberg says one consequence of the erosion of the party's seats in Congress is that most Democrats on Capitol Hill understand that if they want to accomplish anything legislatively, they'll have to stick together.

The strange twist is that by losing seats, Greenberg believes in the short run Democrats are forced to delay some of their intraparty squabbles for a few years.

Erickson with Third Way also thinks some of the intra-Democratic debates might be on hold because of the urgency in handling the coronavirus pandemic.

"Just as Donald Trump was a concentrating factor for Democrats, so is the pandemic," she said. "Right now if we had no crises on our hands and we were walking into the White House ... there would be a lot of fights about what priority No. 1, 2 and 3 should be. But at this point, priority No. 1, 2 and 3 for every Democrat is addressing the pandemic."

Once the pandemic subsides, though, the voices clamoring for Biden's attention will likely grow louder, and more fractured.