Accessibility links
The 50 Best Albums Of 2020, Ranked Our guide to the greatest albums (Nos. 20-11) that emerged from a year's worth of cacophony. 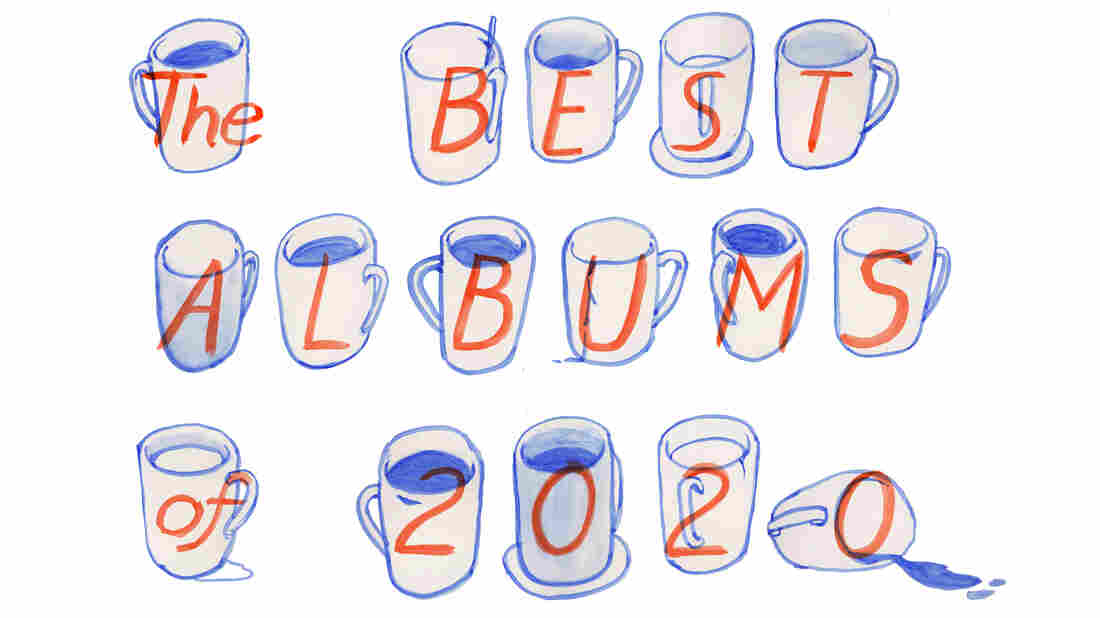 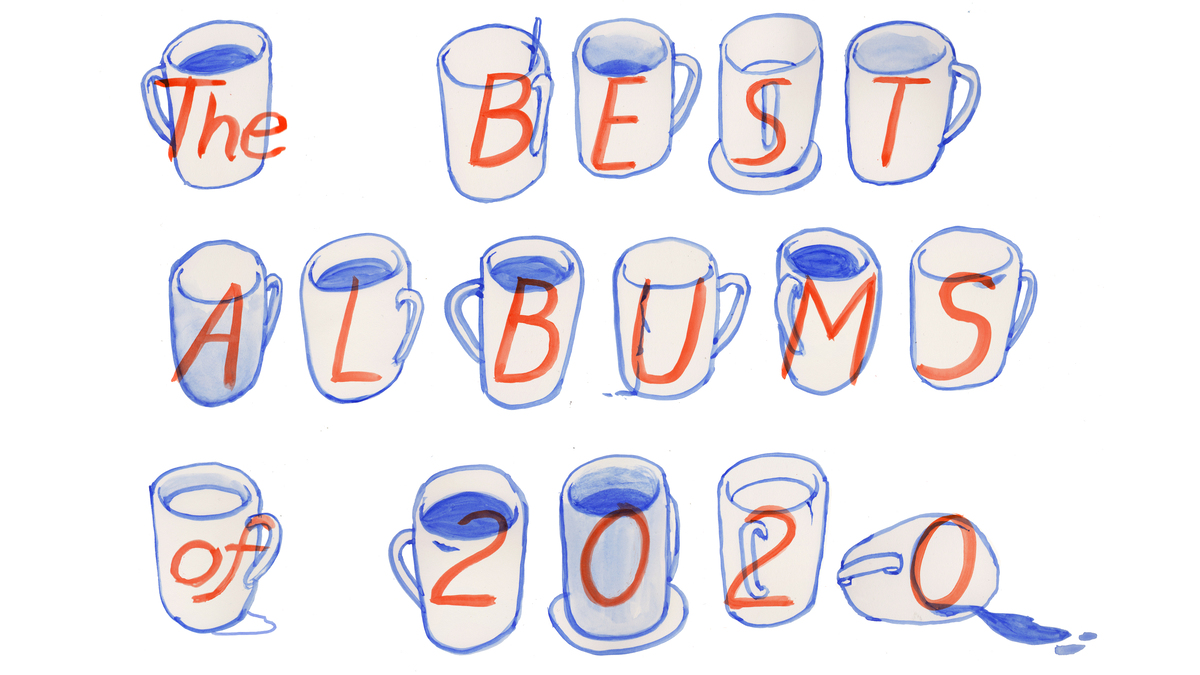 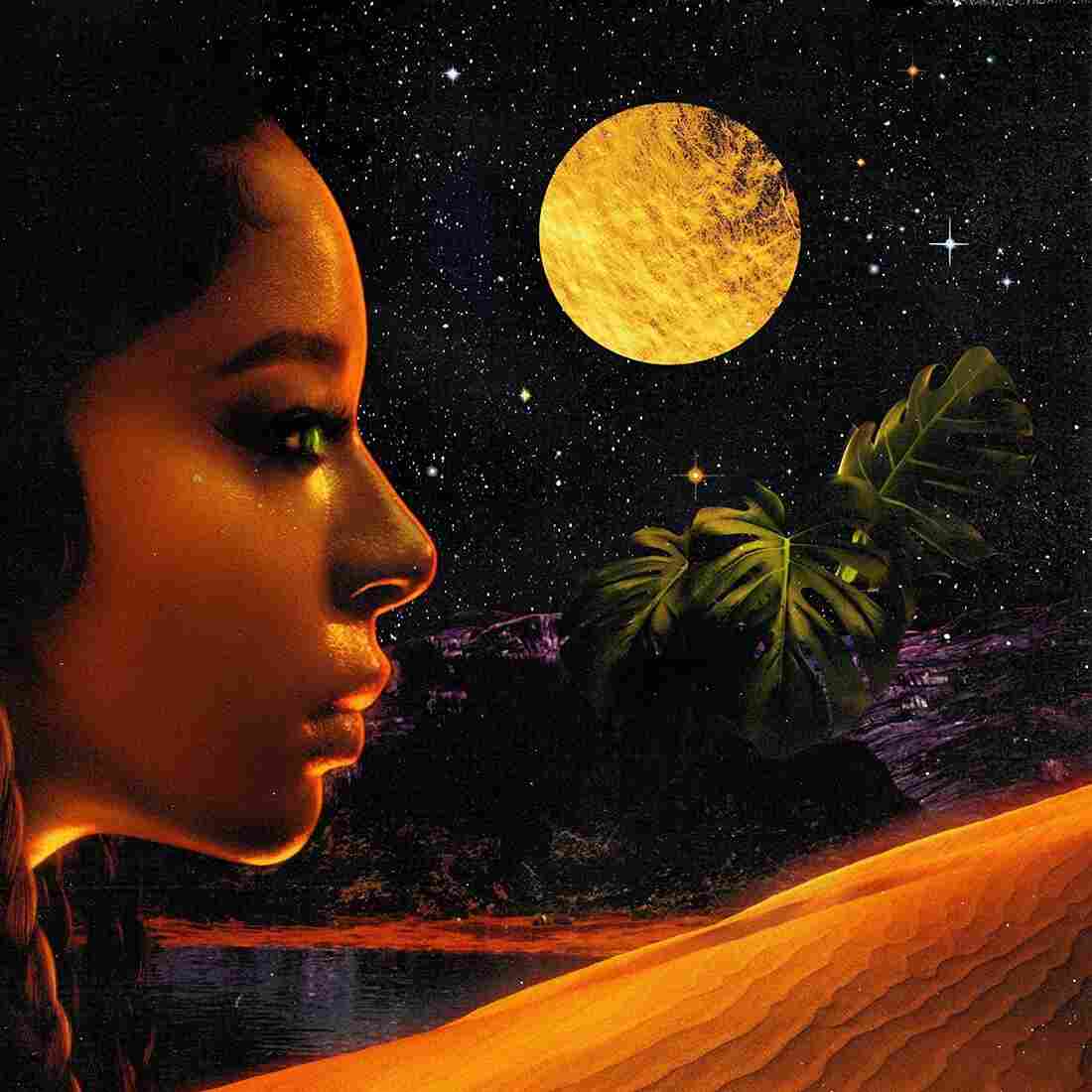 Even though her words have soundtracked the lives of pop fans for years, Victoria Monét is just now getting her due. The 27-year-old with a platinum-selling laundry list of songwriting credits — she's best known for being one of Ariana Grande's closest collaborators — is finally getting to flex her artistic strength entirely on her terms. A wash of horns and electric guitar color Jaguar with buttery funk and disco while Monét keeps time with cheeky choruses and soaring breaks. Pulling in production pro D'Mile and dropping nonchalant hints to past lovers male and female, Monét hits all the bases of lust, love and longing, all while keeping her point of view and dirty thoughts filter-free. The album standout "Touch Me" is the epitome of Monét's songwriting signature: intimate inside jokes and tantalizing double entendres curled up in off-kilter melody. This is a safe space. —Sidney Madden 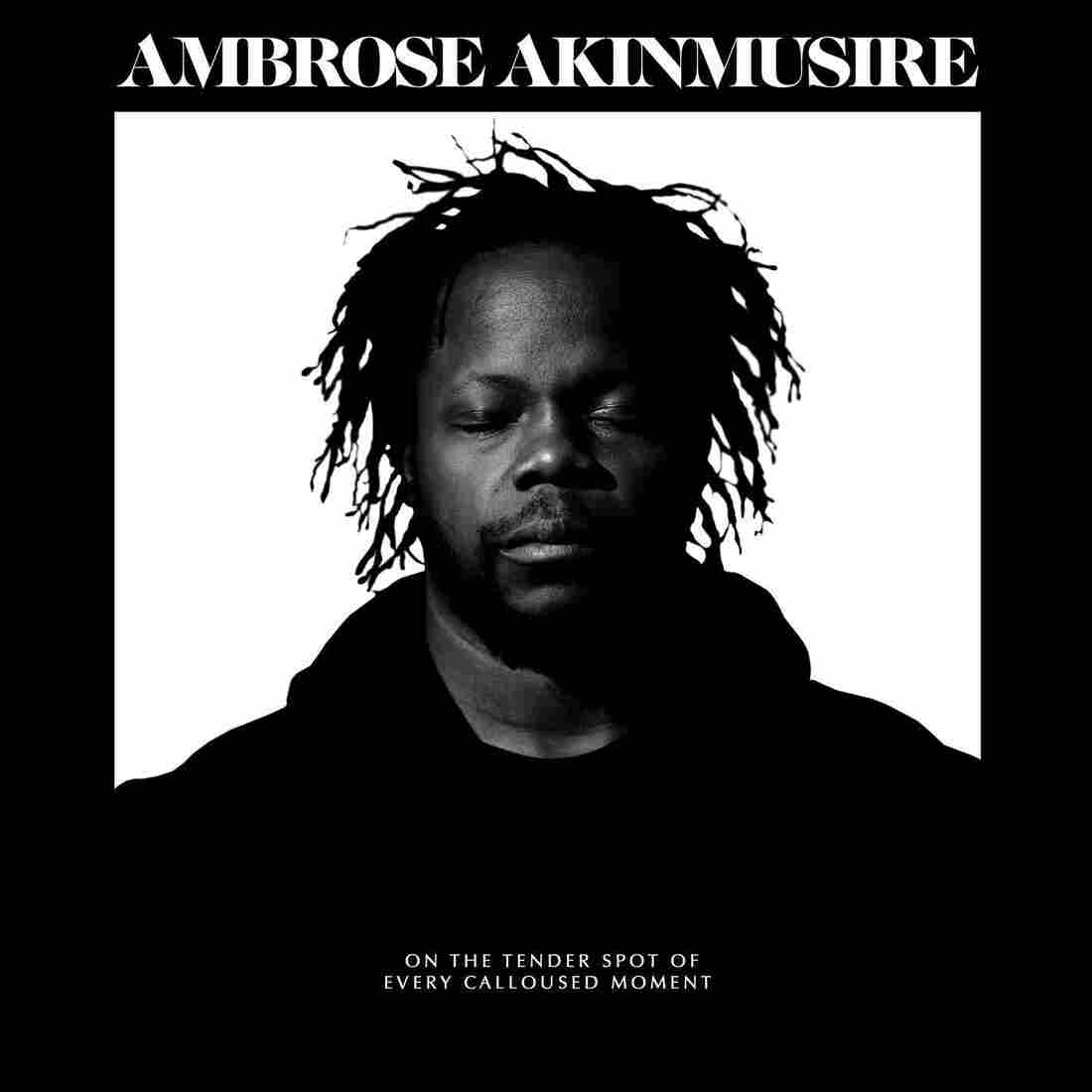 on the tender spot of every calloused moment

What does it mean when the improvising trumpeter-composer Ambrose Akinmusire refers to his latest triumph, on the tender spot of every calloused moment, as a blues album? He isn't talking about a 12-bar form or a genre so much as a point of view. Every piece on this dynamic, formally daring work speaks to the resilience of the blues aesthetic — what cultural critic Albert Murray (riffing on Kenneth Burke) used to call "equipment for living." Meaningfully, too, Akinmusire has raised the bar for his exceptional working band, which features Sam Harris on piano, Harish Raghavan on bass and Justin Brown on drums. Their selfless cohesion and elasticity speak to the task before us no less powerfully than the sobering parenthetical in Akinmusire's closing track, a dirge he plays alone on Fender Rhodes: "Hooded procession (read the names outloud)." —Nate Chinen (WBGO) 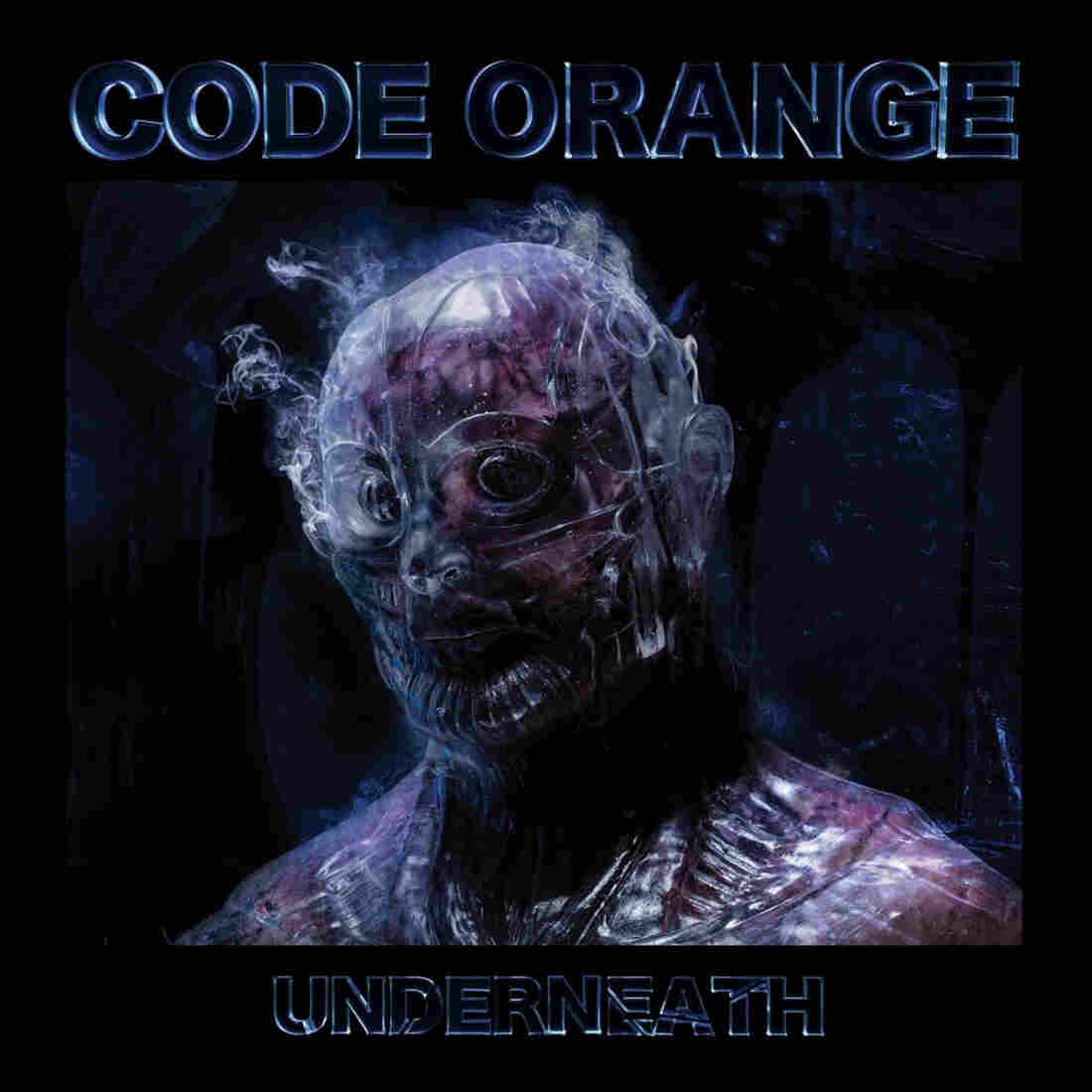 Code Orange won't get knocked down. Released on March 13, just days after much of the U.S. went into quarantine, Underneath's liquid metal soundtracked a molten catharsis of confusion and rage. The band redirected its bruising energy into conceptually and visually dense virtual concerts, mirroring many of the themes found within the album's uncaged chaos: toxic relationships, inauthenticity and — ironically, tragically — technological isolation. Live performance is Code Orange's battledome, but Underneath experiments with the musicians' technical proficiencies as a sonically vivid studio project. Every slimy texture, industrial drum machine beat, glitched breakdown, guttural yawp and demented riff — not to mention the mean-mugged melodic explorations throughout — has its place in this shapeshifting architecture. —Lars Gotrich 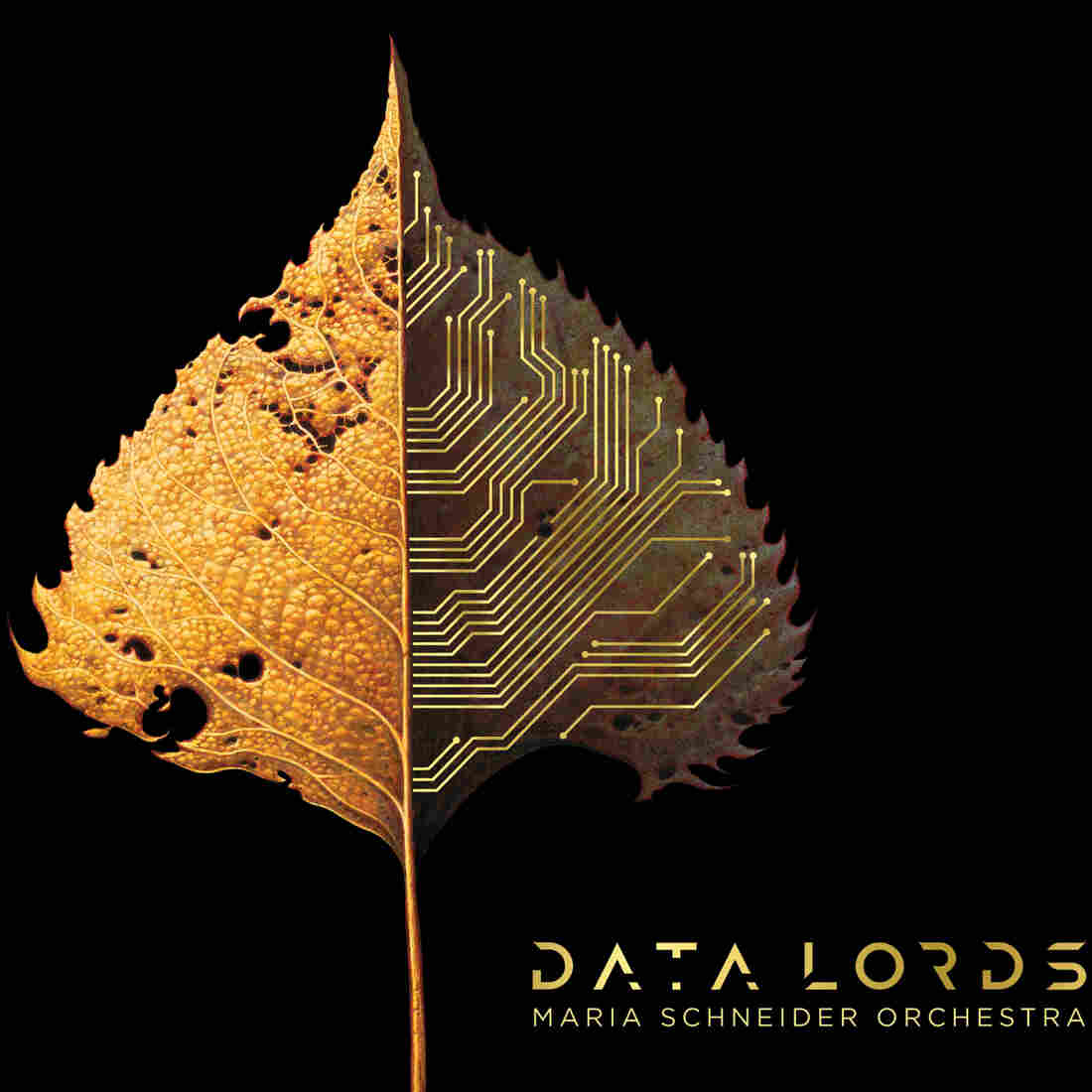 Purchase the album on artistshare.com.

It makes sense that Data Lords can't be heard effortlessly – the entire work is, among many other things, an indictment of technology's cold centrality in our lives and the "ease of access" to culture that it has made a seeming birthright. At the premiere of the album's title piece in 2016, Schneider explained: "As I was writing, this sound – I was feeling this sort of seductive sound with this intensity underneath ... and I started to feel like this was big data, seducing us, mesmerizing us into the beauty of just having everything, while these big data companies are gathering information." That existential tumult is explored keenly and perhaps a bit incredulously on the first half of the album, "The Digital World," then evenly matched by the pastoral reprieve of the album's second side, "The Natural World." In a time of Babel-high information collection, it often feels like the only way to feel our way through it is to listen. —Andrew Flanagan 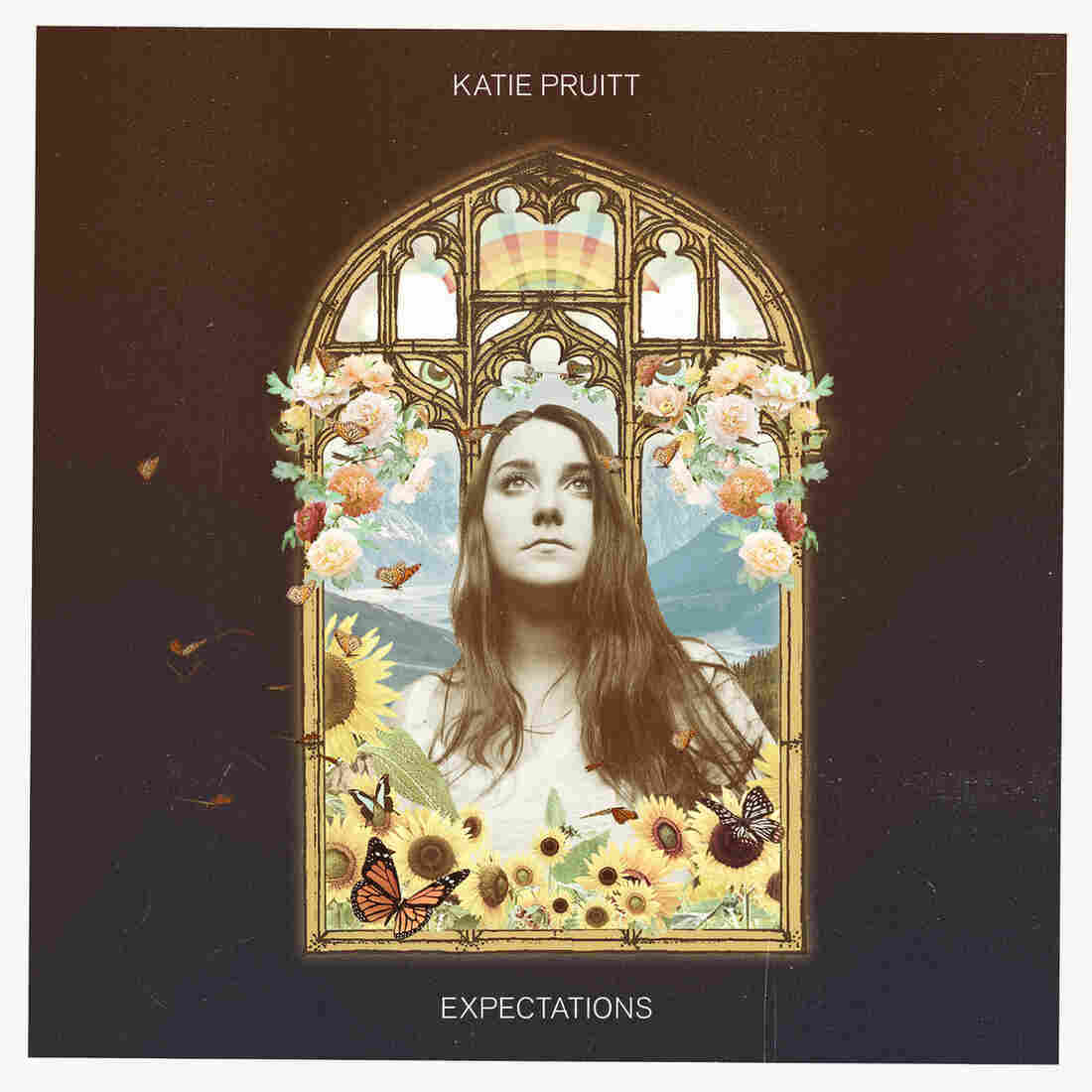 An indispensable part of growing up is that moment when a new experience — a story, an image, a person — puts its first crack in the foundation of your worldview. Across 10 tracks, Katie Pruitt's debut album, Expectations, is an excavation of all those fractures and the latticework they leave behind. The queer, 26-year-old singer-songwriter deconstructs the idea of who she should be as handed down by her family ("Georgia"), her Catholic school ("Loving Her"), Hollywood ("Wishful Thinking") and the South ("Normal"). It's a lot to squeeze into one album, but there's a heady sense of momentum to these songs, led by Pruitt's diamond-cut voice, biting turns of phrase and masterful arrangements. On the other side of everyone's expectations, Pruitt emerges as the bold author of her own future. —Cyrena Touros 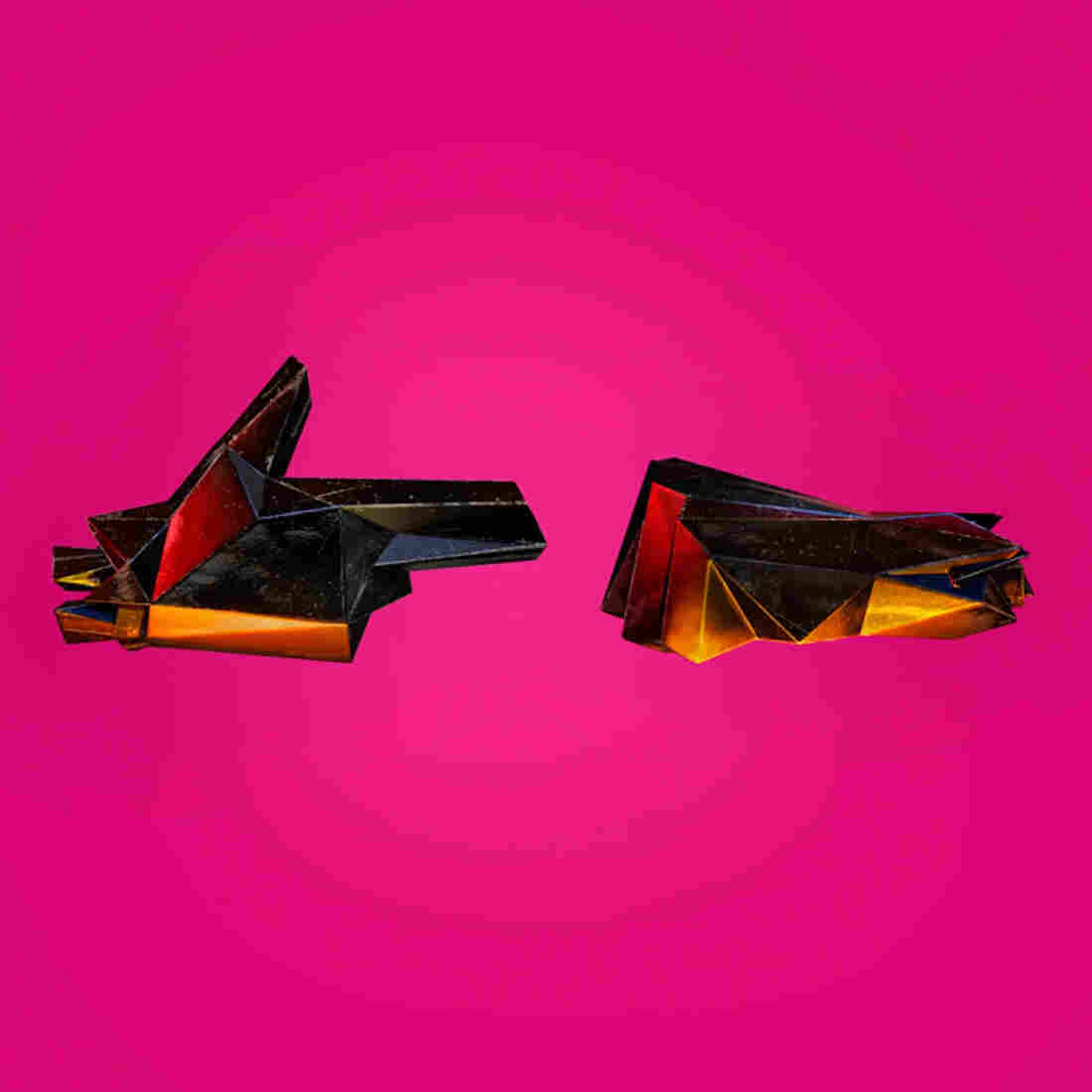 RTJ4 opens by dropping us into the middle of an action movie war zone. Over a viciously distorted drum break, "Yankee and the Brave" finds the duo of Killer Mike and El-P bragging, boasting and ringing the alarm. Mid-song, the narrative cuts to Killer Mike in an armed standoff with the police, trying to decide whether to kill himself or go out guns blazing. "I got one round left, 100 cops outside," he raps. "I can't let the pigs kill me, I got too much pride. And I meant it when I said it, never take me alive." With its heavy beats, raw sense of humor and some standout walk-on guest appearances (Gangsta Boo, 2 Chainz, Mavis Staples, Zack de la Rocha and more), RTJ4 is a big and loud meditation on the brutal absurdity of American life, painted in broad, over-the-top strokes. —John Morrison (WXPN) 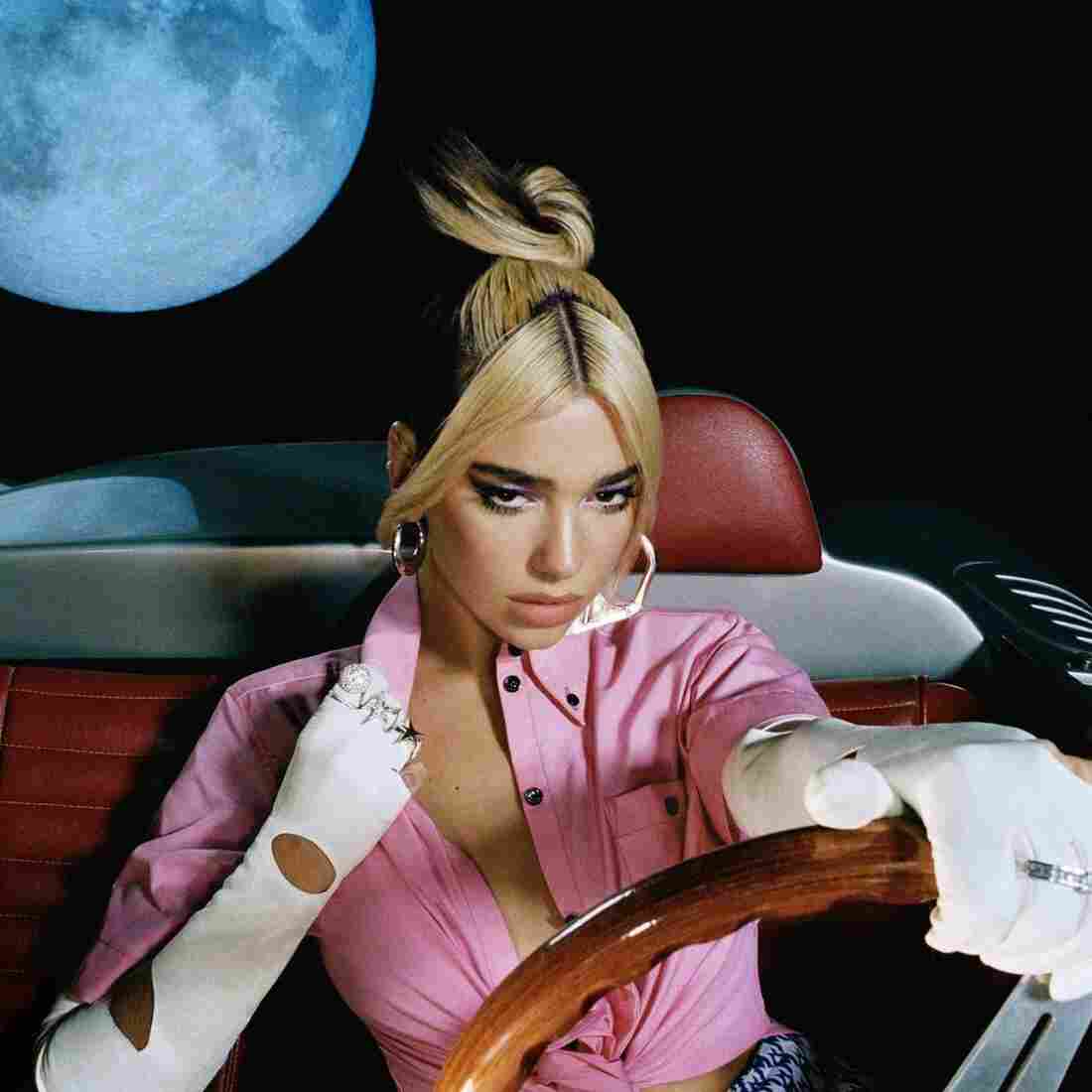 Reverence for a past moment that binds us is right there in the title of Dua Lipa's second album, the kind of record an artist can only make once historical appraisal becomes a legit consideration. How might we remember Future Nostalgia once we've established some blessed distance from 2020? How about this: A thrilling cascade of expertly manipulated references to 45 years of pop sounds that comes off as neither market-tested nor manic because its creator has so caringly compiled and arranged them. Like one of those Wikipedia entries that's clearly the work of a joyous obsessive, Future Nostalgia is exactly the sort of supposedly ephemeral product that lasts because it manages to transmit confidence, charm, delight and pride in its own existence. Attributes to adore in this and any future year we might encounter them. —Jacob Ganz 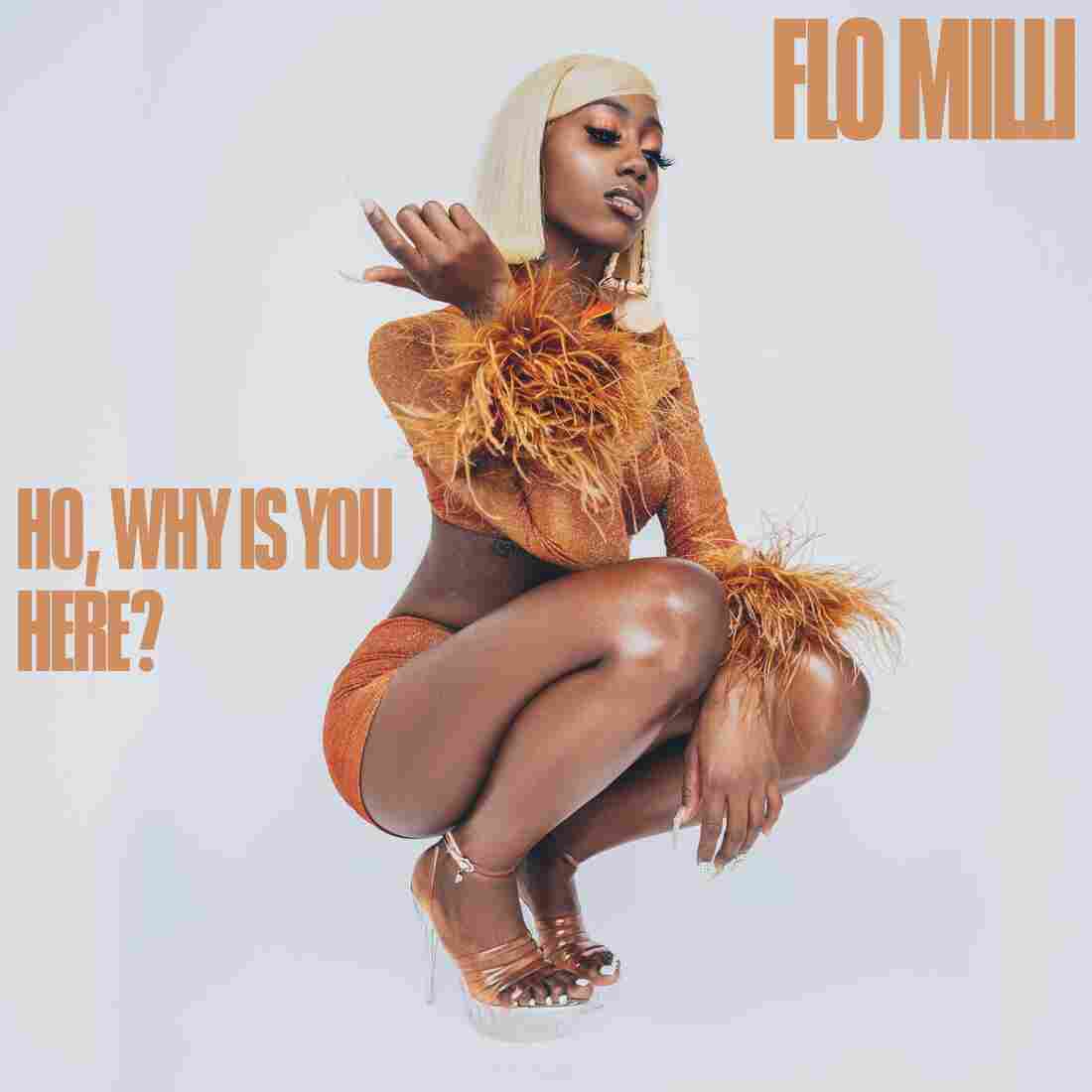 Ho, why is you here?

Like a true Gen-Z viral vanguard, Flo Milli doesn't need much to impress. In fact, in an oversaturated rap ecosystem, it's simplicity that makes the Mobile, Ala., rapper stand out. Like the rhetorical title implies, Flo Milli's major label debut, Ho, why is you here?, is 30 minutes of ego-boosting, teeth-kissing slick talk. From her breakout hit "Beef FloMix" to "Pussycat Doll," the 20 year old rhymes over sparse beats — the kind you could easily mimic on a cafeteria table — in order for each venomous slight and glossy superlative to ring off. The notable divergence from her normal formula is "Weak," a masterful, next-gen ode to SWV's 1992 classic that flips the script on weak-ass dudes wasting her time and data: "Look, you can keep it pimpin', now I'm gonna know you miss me / Used to text 'good mornin',' now you stopped that's inconsistent." Like the whiplashed smack of double dutch ropes on concrete, the key to Flo Milli catching her rhythm is precision, timing and, above all, guts. All that's left is to make sure the momentum matches her potential. —Sidney Madden 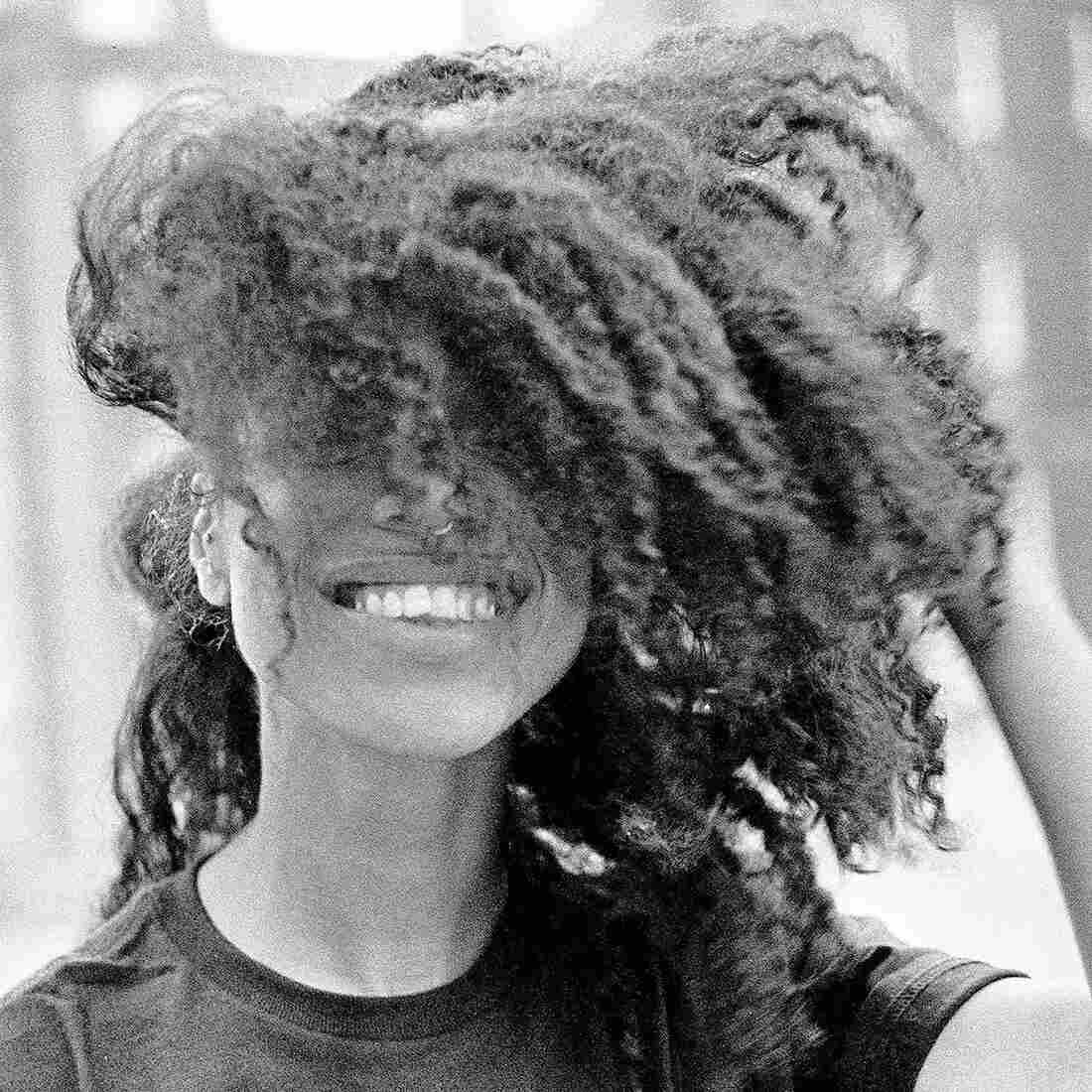 During her teenage years, Lianne La Havas used to listen to Radiohead on her kidney-shaped MP3 player while commuting around London. More than a decade later, she knocked out a cover of "Weird Fishes," from the band's 2007 album In Rainbows, in just one day during her first recording session with her very own band. Six months later, they finished the rest of the album. Quick work, considering La Havas spent five long years writing and reflecting after a lot of sadness, living and loss. "This album can be compared to turning into a butterfly, or the journey of a flower," La Havas wrote in July, "the seasons of a relationship changing you and making you stronger when you eventually come out the other side." The songs on this album, La Havas' third and perhaps best, reveal how her sophisticated artistry is made of not just brilliantly crafted lyrics, but a rich musicality, full with gorgeous harmonic voicings, catchy rhythms and soulful melodies. —Suraya Mohamed 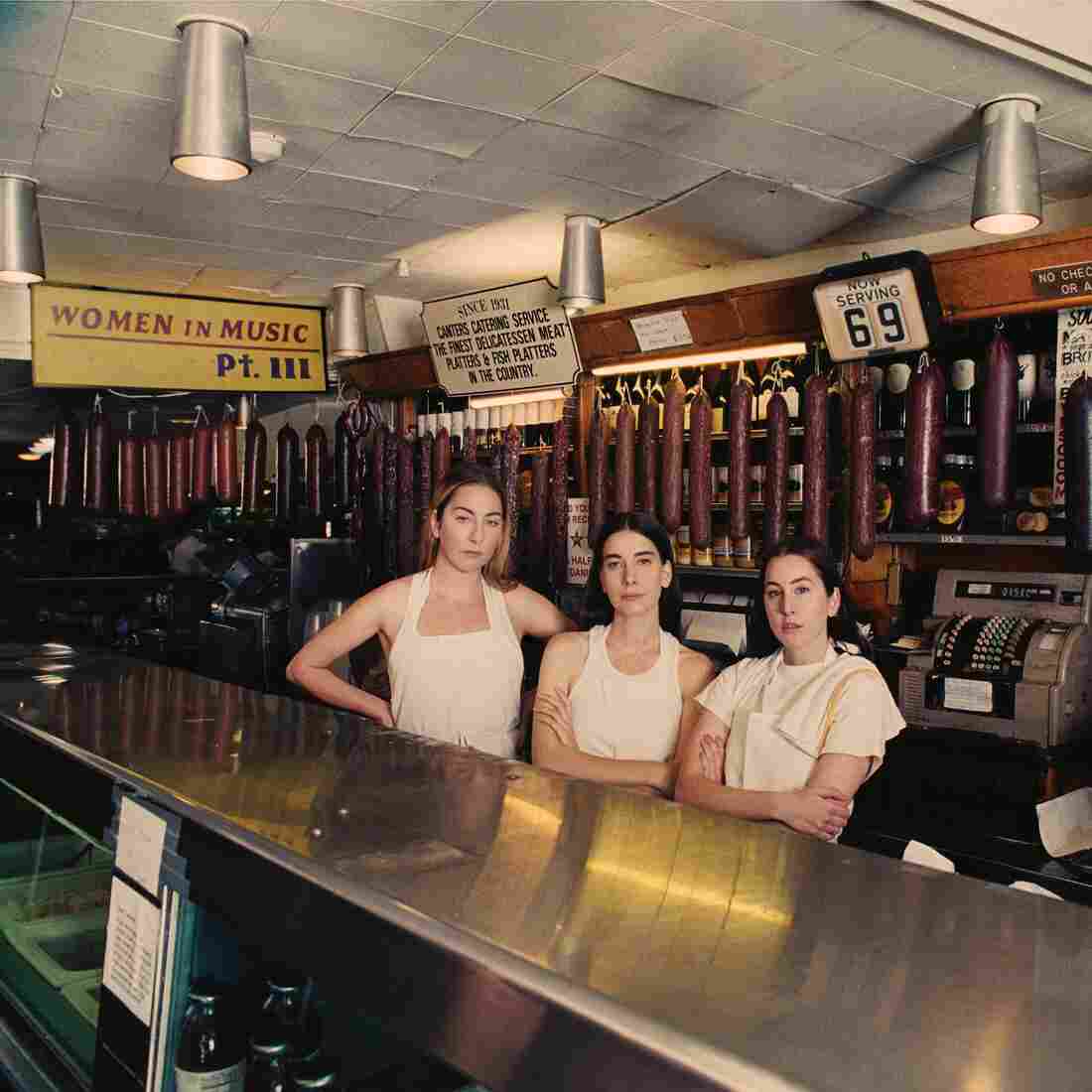 Get big enough and, for better or worse, your name becomes shorthand. At some point, Haim's reputation (California! sunshine!) became downright reductive, ignoring the nuance of the sisters' catalog in favor of easy categorization. But on last year's trio of singles ("Summer Girl," "Now I'm In It" and "Hallelujah"), Danielle, Este and Alana wrestled with darkness, taking on depression, anxiety, illness and loss. Similarly, there's not much sun on Women In Music Pt. III, which concludes with those early tracks. With musical influences that span the FM dial, there are sleepless nights and depressive days, dreams of leaving a lover and nightmares of settling into stability. Relationships are tested – "just calling to see if you're up" – in the middle of the night, and it's glimmers of moonlight through a window, not the daylight's harsh rays, that ultimately illuminate the complexities of partnership. —Lyndsey McKenna