Accessibility links
Lawmakers Balk At Trump Veto Threat, Barrel Ahead On Defense Bill Plans President Trump threatened to veto the annual defense bill if it doesn't include a provision to end a liability shield for tech companies. Key lawmakers say it's too late for such a demand.

Lawmakers Barrel Ahead On Defense Bill Plans, Not Balking At Trump Veto Threat

Lawmakers Barrel Ahead On Defense Bill Plans, Not Balking At Trump Veto Threat 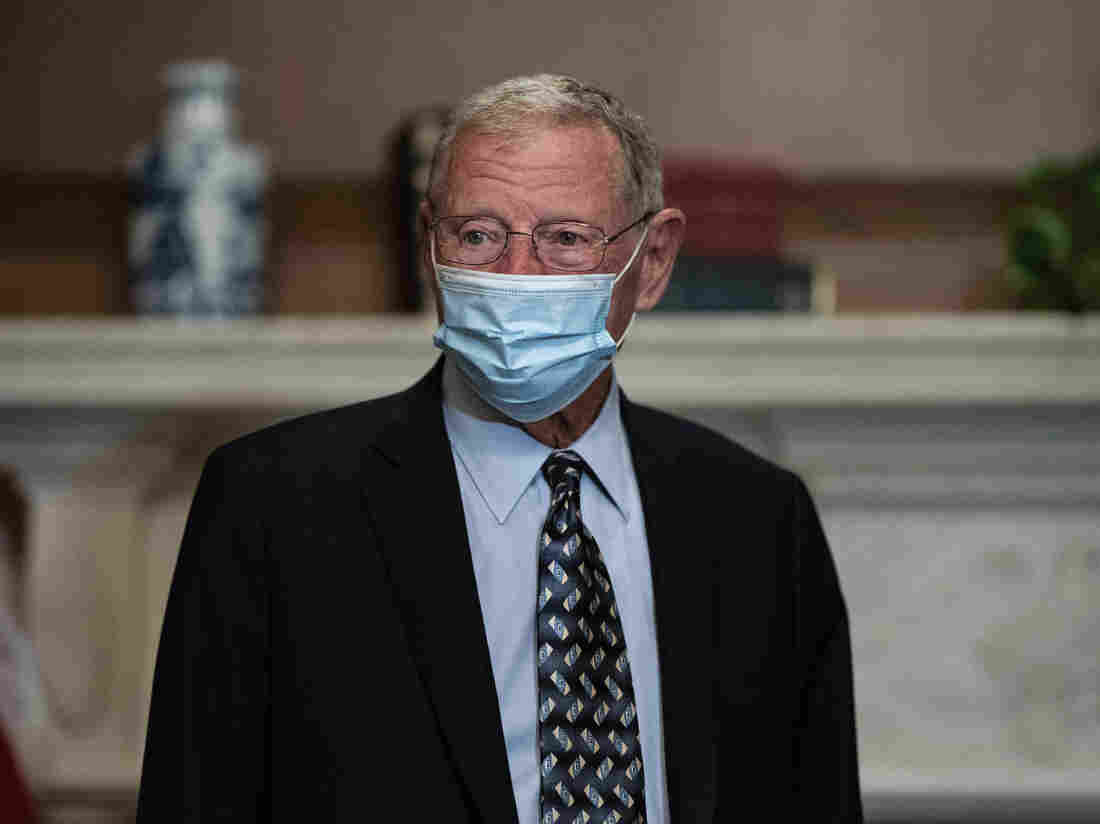 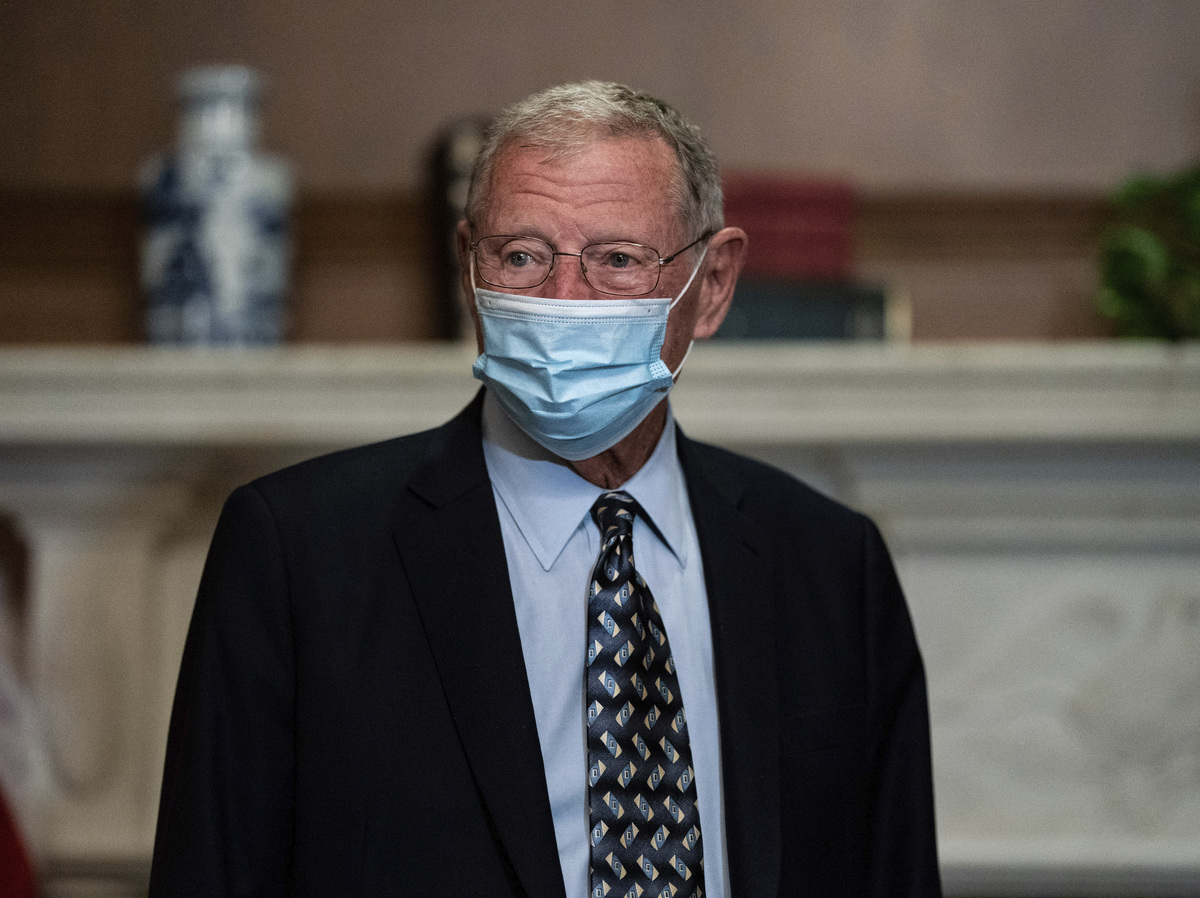 A bipartisan group of lawmakers, including key Republican leaders, isn't balking at President Trump's latest threat to veto the annual defense bill, instead barreling ahead with plans to finalize the plan.

On Tuesday, Trump threatened to veto the critical policy bill if it doesn't include a move to repeal a legal protection for social media companies.

But on Wednesday, there was no sign of budging among critical lawmakers who are involved in crafting a final version of the bill.

"I feel just as passionate about that as he does. The only difference of opinion that we have is, I don't want it on this bill," said Oklahoma Republican Sen. Jim Inhofe, chairman of the Senate Armed Services Committee and a key architect of the legislation.

The massive annual bill sets policy for the Pentagon and military service members — one that, because of its size and importance, passes overwhelmingly nearly every year. It includes everything from plans on boosting troop levels and equipment to pay increases.

Inhofe said while the defense bill has some language related to Section 230 of the 1996 Communications Decency Act — the target of Trump's ire — it doesn't repeal it as the president demands. And Inhofe said he told Trump that directly.

"We just had an honest disagreement," Inhofe said of a recent conversation.

Trump tweeted late Tuesday that Section 230, which provides the legal protection for technology companies over content from third parties and users, was "a serious threat to our National Security & Election Integrity."

Senate Majority Whip John Thune, R-S.D., said such a repeal should involve the correct committee of jurisdiction, the Senate Commerce Committee, and not Armed Services.

"There's a normal legislative path for doing Section 230, and a number of good ideas about how to reform it, that would be my preference," Thune told Capitol Hill reporters.

In a joint statement, Washington Democratic Rep. Adam Smith, the chairman of the House Armed Services Committee, and Texas Rep. Mac Thornberry, the panel's top ranking Republican, noted too much is at stake with the legislation to derail efforts now.

Top Democrats Back Off Demands for Larger COVID-19 Bill

They noted they had toiled through 2,200 provisions of the plan to reach an agreement, which addresses hazardous duty pay for servicemembers, military housing improvements and $8.4 billion in construction projects.

The House passed its version of the defense bill in July by a vote of 295 to 125.

"For 59 straight years, the NDAA has passed because Members of Congress and Presidents of both parties have set aside their own policy objectives and partisan preferences and put the needs of our military personnel and America's security first," they said. "The time has come to do that again."

This isn't the first time Trump has threatened to veto the defense bill. In June, he said he would veto the bill if it still contained a provision to rename military installations named for figures from the Confederacy. That effort is contained in both the Senate and House versions of the bill.

She also blasted Trump's new attack on the measure, which is known as the National Defense Authorization Act.

"He's not vetoing over Section 230," Warren told reporters. "He's just trying to use the NDAA as a way to punish companies that he thinks are not pushing his propaganda."

Thune also noted that Senate approved the defense bill with a large majority of the chamber with Warren's provision intact. So he expects a repeat of that support once the bill is finalized.

The Senate approved the measure in July by a vote of 86 to 14.

"My assumption is it would have broad bipartisan support as long as it didn't mess with that issue in some way," Thune said.

However, Trump remains a wildcard on whether he would sign off on plan, which could now reject his two veto demands made in recent months.

Inhofe conceded he isn't clear if Trump will back off the threats and sign the bill, or if lawmakers will have a veto-proof majority to override a possible veto.

Inhofe's counterpart on the Armed Services Committee, Rhode Island Sen. Jack Reed, the panel's top ranking Democrat, also notes Congress has run out of time to even debate a Section 230 repeal within the defense bill. Members from both chambers began their conference talks several weeks ago.

"It's just too late to begin to do thorough legislation on a complex topic like this. And we have to get the bill done," Reed told reporters.

Inhofe wasn't alone in his confusion on the defense bill's ultimate fate this year.

If approved this month, it would mark the 60th consecutive year of passage. If not, it would break a streak that would mark a tough political failure for lawmakers.

"We would essentially have to come back and the new Congress, begin from scratch," Reed said, noting it could perhaps be done "quickly."