Accessibility links
California Lawmaker Expands Rights For Native American Tribes James Ramos, a Native American who authored three new laws said, "For once, we do have someone in the legislature that understands the issues and the plight of the California Indian people." 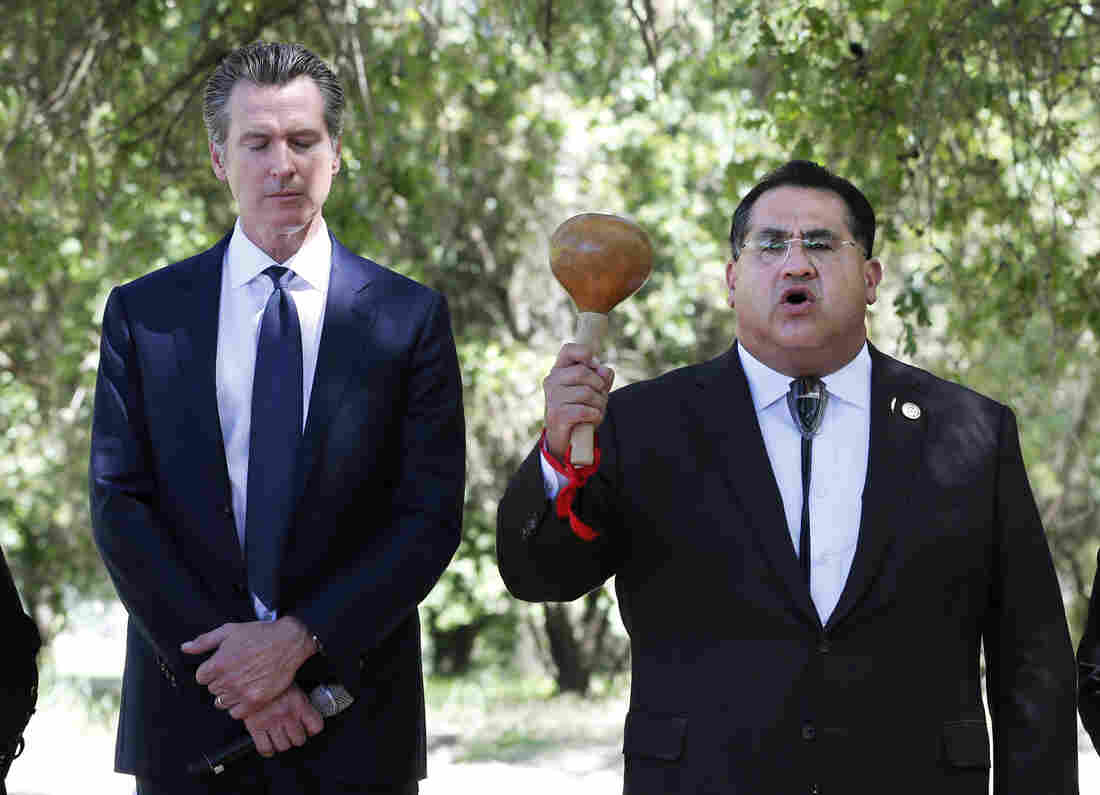 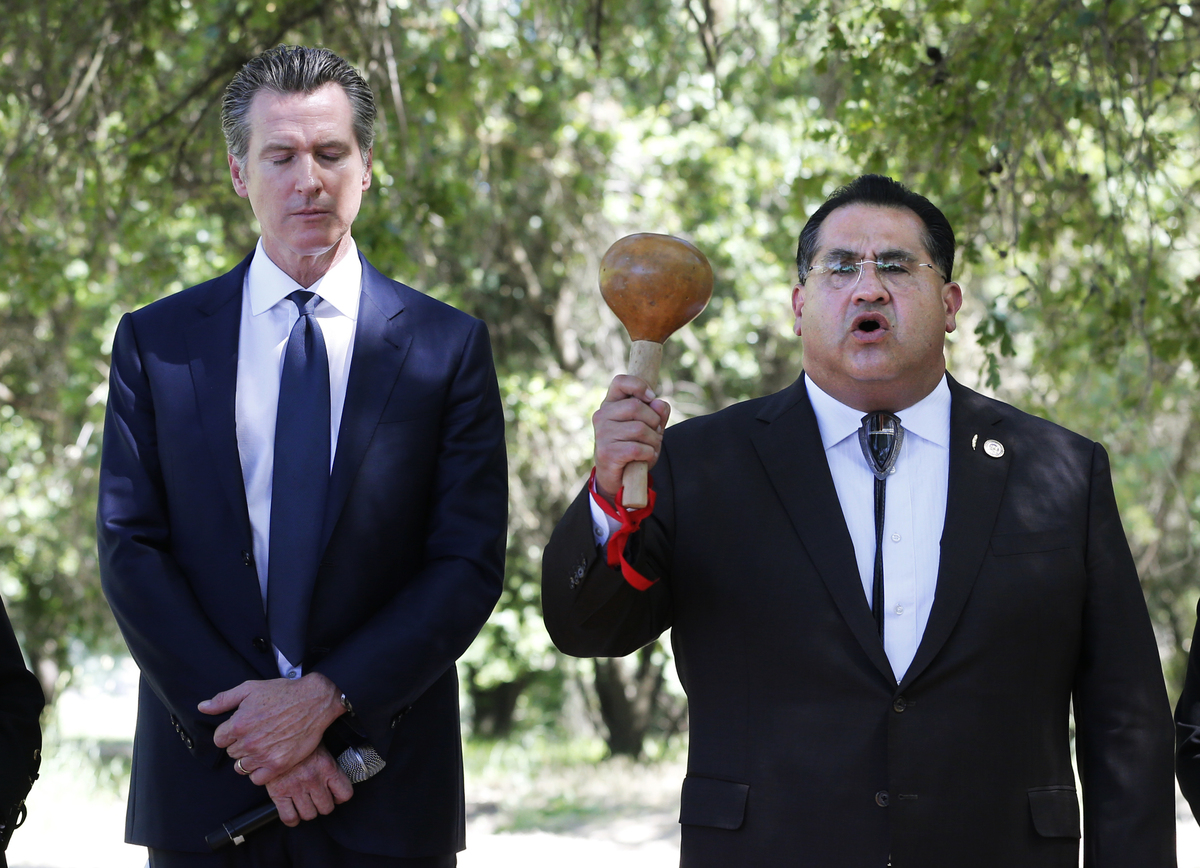 Last year, at the future site of the California Indian Heritage Center in Sacramento, Gov. Gavin Newsom, left, with Assemblyman James Ramos, formally apologized to tribal leaders across the state for the violence, mistreatment and neglect inflicted on Native Americans throughout California history.

The measures, signed into law by Gov. Gavin Newsom in September, will go into effect on Jan. 1. One such law will make it easier for tribes in the state to reclaim sacred artifacts and the remains of their ancestors that have been held by museums and other institutions for decades.

"When you look at cities like Los Angeles and San Francisco, there's no federally recognized tribe there but yet we know that there's ancestral remains of Indian people in those areas," Ramos, a Democrat, said in an interview with All Things Considered on Wednesday.

"When tribal elders are in disagreement with museum directors over what should be repatriated back to the Californian people, up until this point, all of the weight of that knowledge lies with the museum director. So this bill now strengthens the tribal elders, their voice, to make sure that they have the last say."

In June, a state audit of three campuses within the University of California system found that the universities held close to 500,000 artifacts and remains that had yet to be returned to the respective tribes, a requirement guaranteed under the Native American Graves Protection and Repatriation Act of 1990.

"Those are the remains that we need to get back into the hands of the proper people, the proper tribes to be able to do a proper re-burial so then we can start to move forward with the healing," Ramos said.

The assembly member, who's from the Serrano/Cahuilla tribe and lives on the San Manuel Reservation in San Bernardino County, has gone through the tedious repatriation process and spoke about what it took to get back a medicine basketry mortar from a museum in Chicago.

"It took a lot of resources," he said, but many tribes throughout the country "don't have the wherewithal, the resources to be able to provide those resources and those documents that are there."

Ramos' second bill requires the secretary of state to assemble a task force to come up with recommendations on how to increase voter participation among indigenous groups in the state — including ways to recruit Native American poll workers and to improve the accessibility of voter information like registration and election materials.

Native Americans, whose voting rights weren't recognized by every state until 1962, have been dogged by decades of voter disenfranchisement.

Record Number Of Native Americans Running For Office In Midterms

The third law authorizes the California Department of Justice to assist local law enforcement in criminal investigations in Native American communities — namely, to reduce the rates of missing and murdered indigenous women and girls.

Since Ramos was elected in 2018, it took him two years to push through legislation that addresses issues that have burdened indigenous Californians for decades. He said the reason such protections have only recently begun to gain traction "comes down to being engaged in the political system."

"For once, we do have someone in the legislature that understands the issues and the plight of the California Indian people."