Accessibility links
Masked Brazilian Bank Robbers Lay Siege To Another City, Kill 1 Just a day after a band of armed gangsters robbed a bank in Criciúma, another in the city of Cametá was targeted. The cities are separated by 2,000 miles. 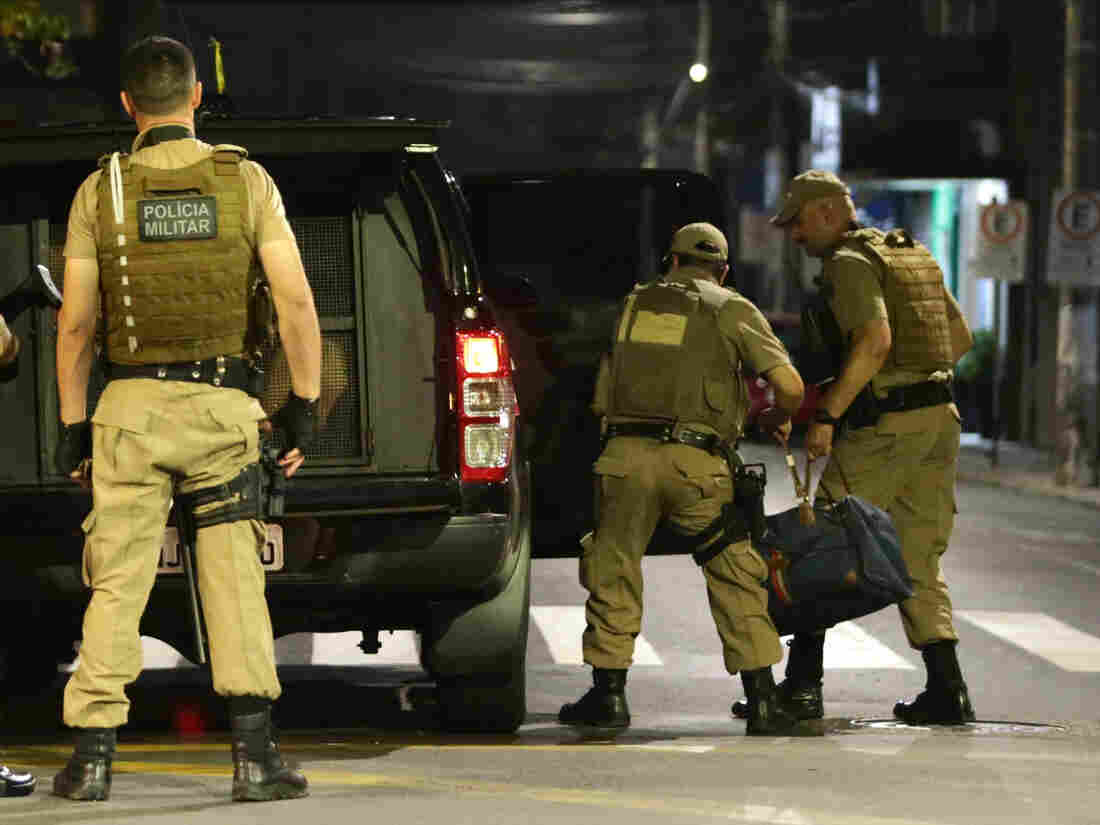 Military police officers carry a bag filled with money left behind by bank robbers in Criciúma, Santa Catarina state, Brazil, on Tuesday. Dozens of criminals armed with assault rifles invaded the city in southern Brazil overnight and took control of the streets as they assaulted a local bank. Guilherme Hahn/AP hide caption 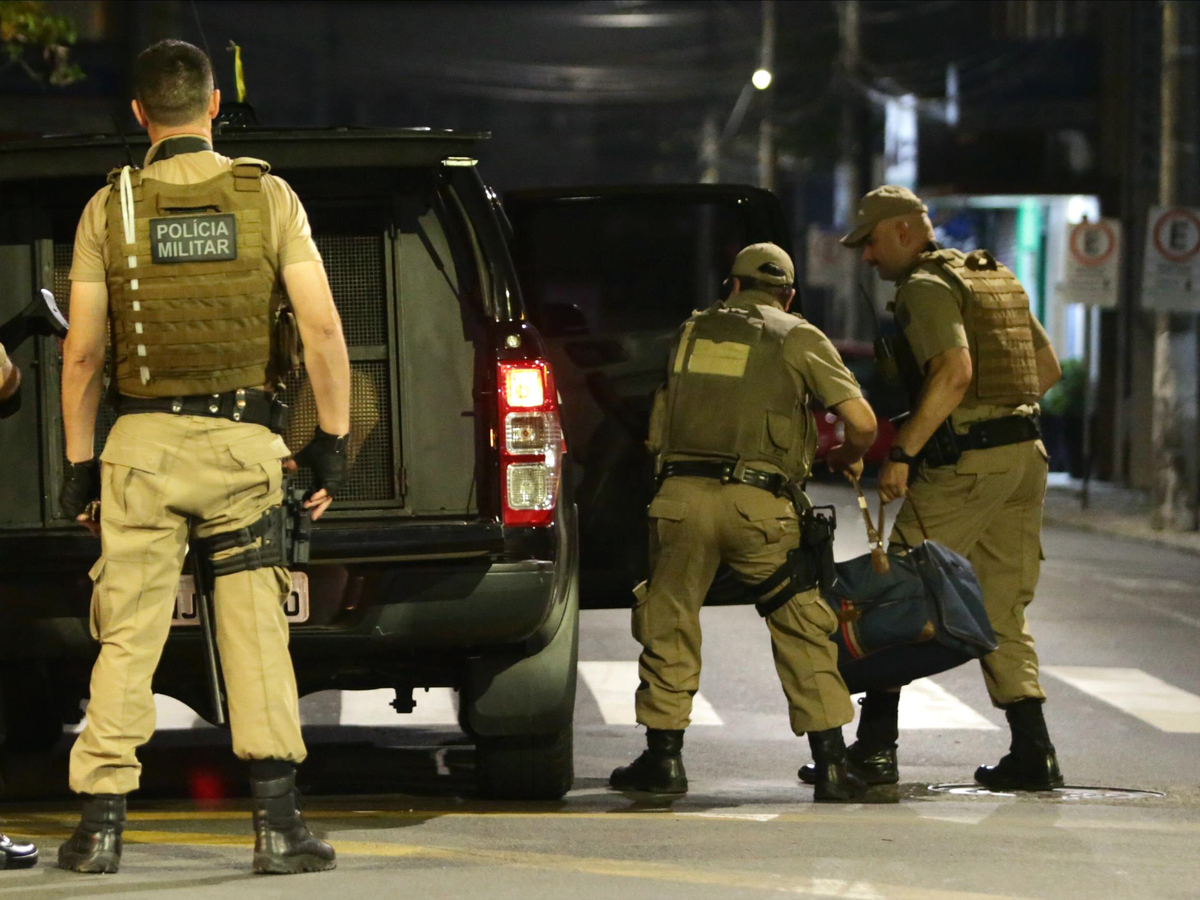 Military police officers carry a bag filled with money left behind by bank robbers in Criciúma, Santa Catarina state, Brazil, on Tuesday. Dozens of criminals armed with assault rifles invaded the city in southern Brazil overnight and took control of the streets as they assaulted a local bank.

On Monday, armed and masked gangsters attacked the Southern Brazilian city of Criciúma, in Santa Catarina state, just before midnight.

About 24 hours later and 2,000 miles away — it happened again. Heavy gunfire erupted in Cametá, Pará state, as at least 20 gangsters descended on the remote river town in the Amazon rainforest, in a coordinated attack and robbery early Wednesday.

The gang wielded high-caliber weapons and explosives while grabbing hostages to use as human shields. One of the hostages, a young man, was killed and another hostage was injured with a leg wound. Videos on social media show locals fleeing to the sound of gunfire.

The criminals attacked a military police station to prevent officers from responding, according to The Associated Press.

Gangsters used explosives to blow a hole in the Cametá bank in an attempt to rob it. But state governor Helder Barbalho later said they blew up the wrong safe and no money was taken.

The gangsters fled in cars and later, in boats, according to local news outlet Globo News. None was caught by police.

Barbalho visited the city after the attack and shared images of the aftermath. He said he asked police for a speedy investigation. Officials found cars and explosives left behind by the attackers.

In the previous day's incident in Criciúma, gangsters robbed the Bank of Brazil, rounding up some laborers and forcing them to sit in the middle of the street, apparently to prevent police from reaching the area.

Local reports say money was scattered in the street by an explosion used to attack the bank. The equivalent of about $150,000 was reportedly recovered, though the bank has not disclosed its total losses. The robbers escaped arrest, though the Brazilian news portal OUL reported late Wednesday that a woman in São Paulo had been arrested on suspicion of involvement in the attack. .

Both attacks were strategically planned and are thought to have been committed by gangsters from outside Santa Catarina and Pará states.

According to the BBC, local media are calling a string of robberies in the last few years "New Cangaço," referencing the widespread banditry that plagued Brazil in the late 19th and early 20th centuries. Small and medium-sized cities have been the preferred targets in the current crime wave. Criciúma has just over 217,000 people, Cametá about 140,000.

There have been hundreds of bank robberies in Brazil over the last couple of years, a country with some of the highest crime rates in the world. But rates are falling. Pará officials say Wednesday's incident is the third bank heist in the state this year, down from 15 in 2019.

The Brazilian Federation of Banks told NPR that efforts to improve security have had a dramatic effect. The trade organization said attacks and attempted attacks on bank branches in the first nine months of this year, compared to a year earlier, were down 48.35%.

Following Monday's overnight attack in Criciúma, officials told members of the media the assault came as a surprise.

Reese Oxner is an intern with NPR's News Desk.