Accessibility links
Interview: Katherine May, Author Of 'Wintering' Writer Katherine May describes "wintering" as the times we feel frozen, hopeless cast out — but, she says, embracing that feeling will help us endure it better, and return to the world renewed. 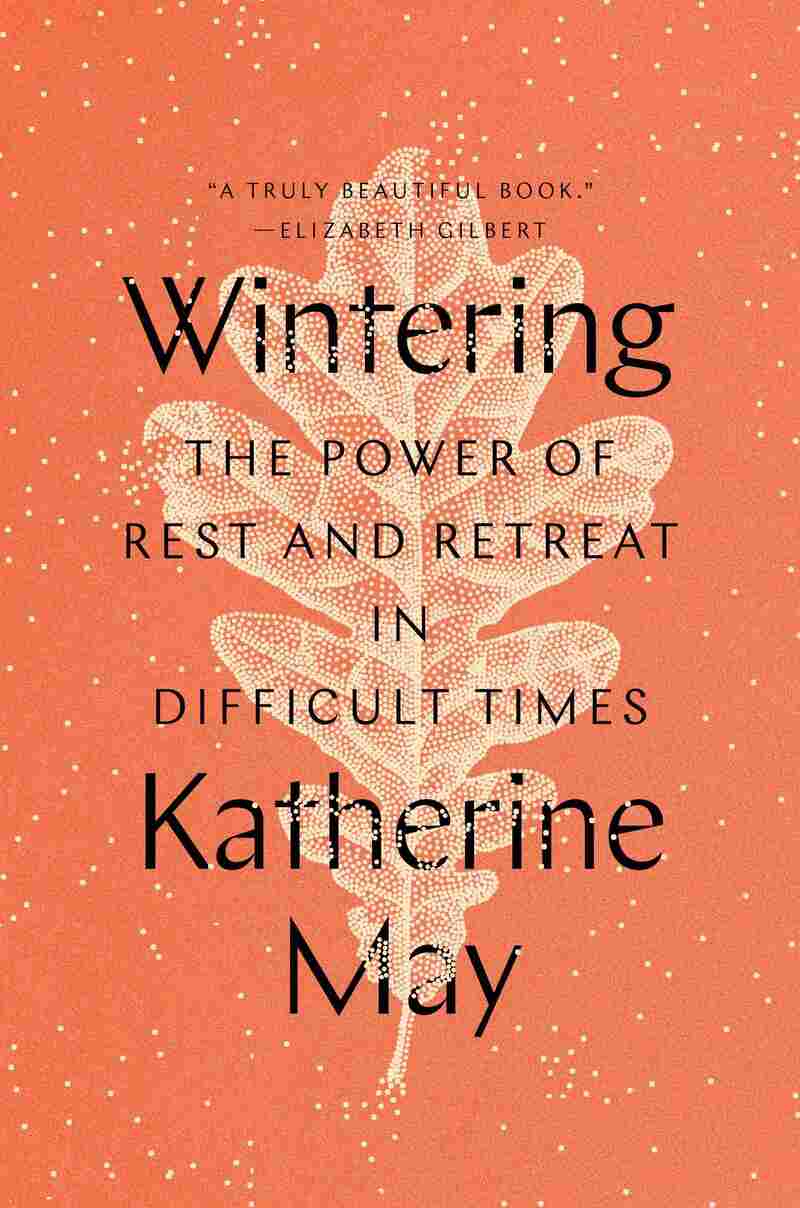 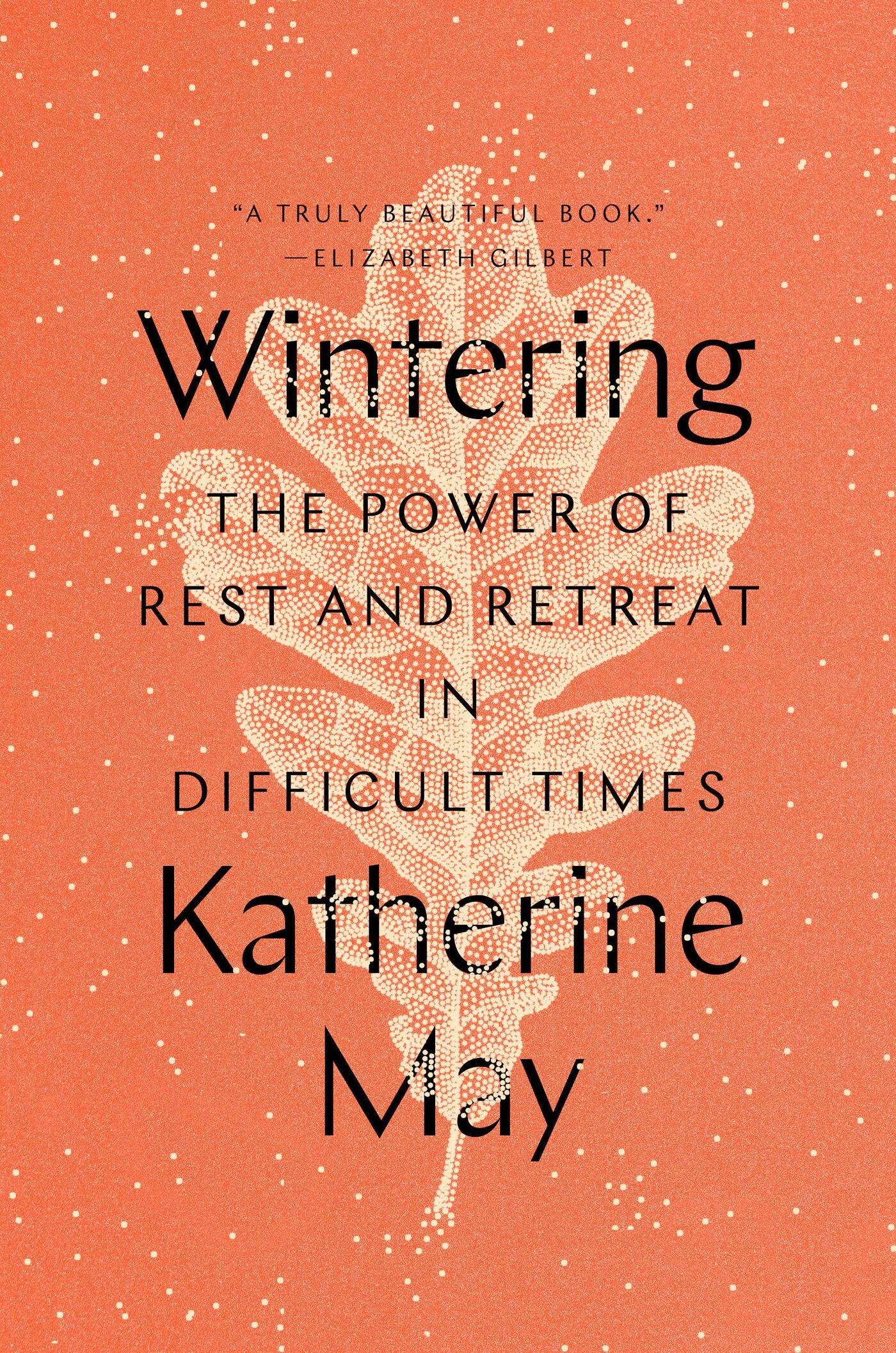 We've reached the time of year where the days are getting shorter and colder, but that's no reason to retreat from the world. The English writer Katherine May actually sees this as a transformative time. She has visited Stonehenge during the winter solstice. She's traveled to the Arctic to see the northern lights, and she has soaked in the Blue Lagoon. She writes about all this in her latest book, Wintering.

"Wintering is my term for a period in life when we're frozen, cast out in the cold, those times when the ground seems to drop beneath us for whatever reason," May says. "It's this incredibly painful time when we feel very isolated and cut off and when we lose hope. I wanted to join the dots, really, between those events across the course of our lives and across different lives, to say that this is actually a deeply human experience."

On her own winter

First of all, my husband became very seriously ill. Then I became really ill myself. And at the same time, I was in the process of leaving my very busy, intense academic job. And as I was serving out my notice, I had to go off sick because I became so unwell. And so it was really quite the perfect storm.

I had severe abdominal pain, which got worse and worse and worse. And my doctor warned me that I should expect a cancer diagnosis. And actually, as it turned out, I didn't have cancer. I think I got incredibly lucky there. But what I do have is a series of bowel and intestinal complaints which will be with me for the rest of my life.

On the freedom of accepting winter and inviting it in

I think a lot of the pain of wintering lies in our flinching away from it, our constant trying to avoid it and trying to delay it, to defer it.

I think a lot of the pain of wintering lies in our flinching away from it, our constant trying to avoid it and trying to delay it, to defer it. And that might not actually be wanted change, but it's coming for us anyway. And if we can come to terms with it and find a way to live with it, we'll endure it a lot better.

On learning to live with insomnia

I spent most of my life thinking I was a terrible sleeper and that I'd somehow failed at sleep. I'd been through all the apps and devices, you know ... we all have. And actually when I did my research for the book, I discovered that historically we'd have actually very naturally fallen in to a pattern of sleeping where we'd have gone to sleep and then woken up in the middle of the night for a couple of hours and then gone back to sleep again. And that period in the middle of the night was called the watch. And, you know, it wasn't even a choice. People will still fall into this very distinct pattern now. And what's particularly interesting about that watch time, that period in the night when we were awake, is it has a very particular profile of hormones that's detectable in our blood. And that leads to this very, as you say, kind of almost mystical state of mind. It's dreamy, it's spiritual, it's contemplative, and it's actually something that we deprive ourselves of in the modern world where we expect to do a straight eight hour shift of sleeping and see that as an achievement of sorts.

Every time we winter, we develop a new knowledge about how to go back into the world.

Well, it's actually one of my favorite things to do. I've been out there this week. The sea temperatures now just a few degrees above zero. And that's the best part of the year. I mean, it's physically painful to get in, and you never lose the fear. But once you're in, you enter a special state of mind where you are so totally focused on what your body is experiencing in that moment, you can't escape it. And that is such a relief — because I don't know about you, but I spend a lot of my life worrying about my calendar and my to-do list. And when I'm swimming in that ice cold sea, all of that disappears and it is genuinely wonderful. I promise.

On emerging from winter

Every time we winter, we develop a new knowledge about how to go back into the world. You know, we learn about our tastes and preferences. We learn about what makes us happy. There's no easy answers to any of this, but I do think it makes us more profoundly human. And when we winter, we engage in the work of adaptation and change. And that's definitely what I've learnt to do every single time I winter now, I start thinking, OK, something's happening here. I'm going to watch this really closely and see what I'm being asked to do next.

This story was produced for radio by Chad Campbell, edited by Reena Advani and adapted for the Web by Petra Mayer.