Accessibility links
Gitanjali Rao Named 'Time' Magazine's Kid Of The Year Rao, a Colorado teenager who has won praise for her innovation in detecting lead levels in water, said, "I really want to put out that message: If I can do it, you can do it, and anyone can do it." 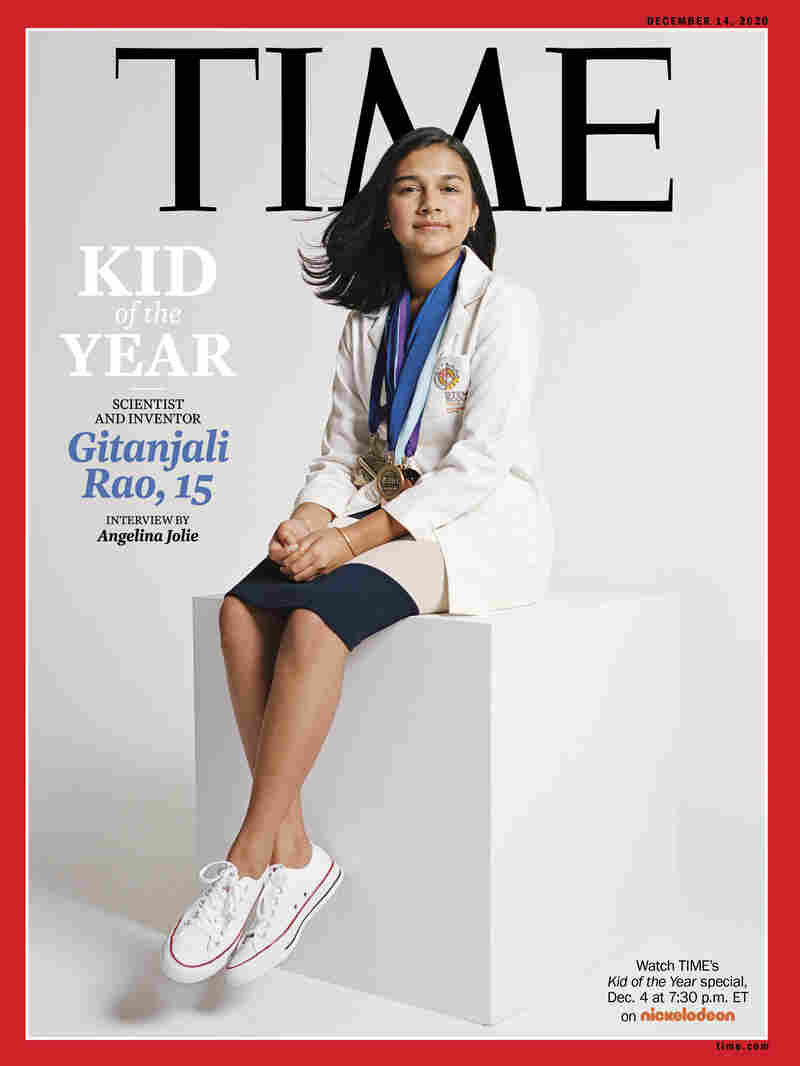 Gitanjali Rao, 15, is Time magazine's Kid of the Year for 2020. Rao has continued to work on solving problems through science after gaining fame for creating a device to test lead levels in water. Time hide caption 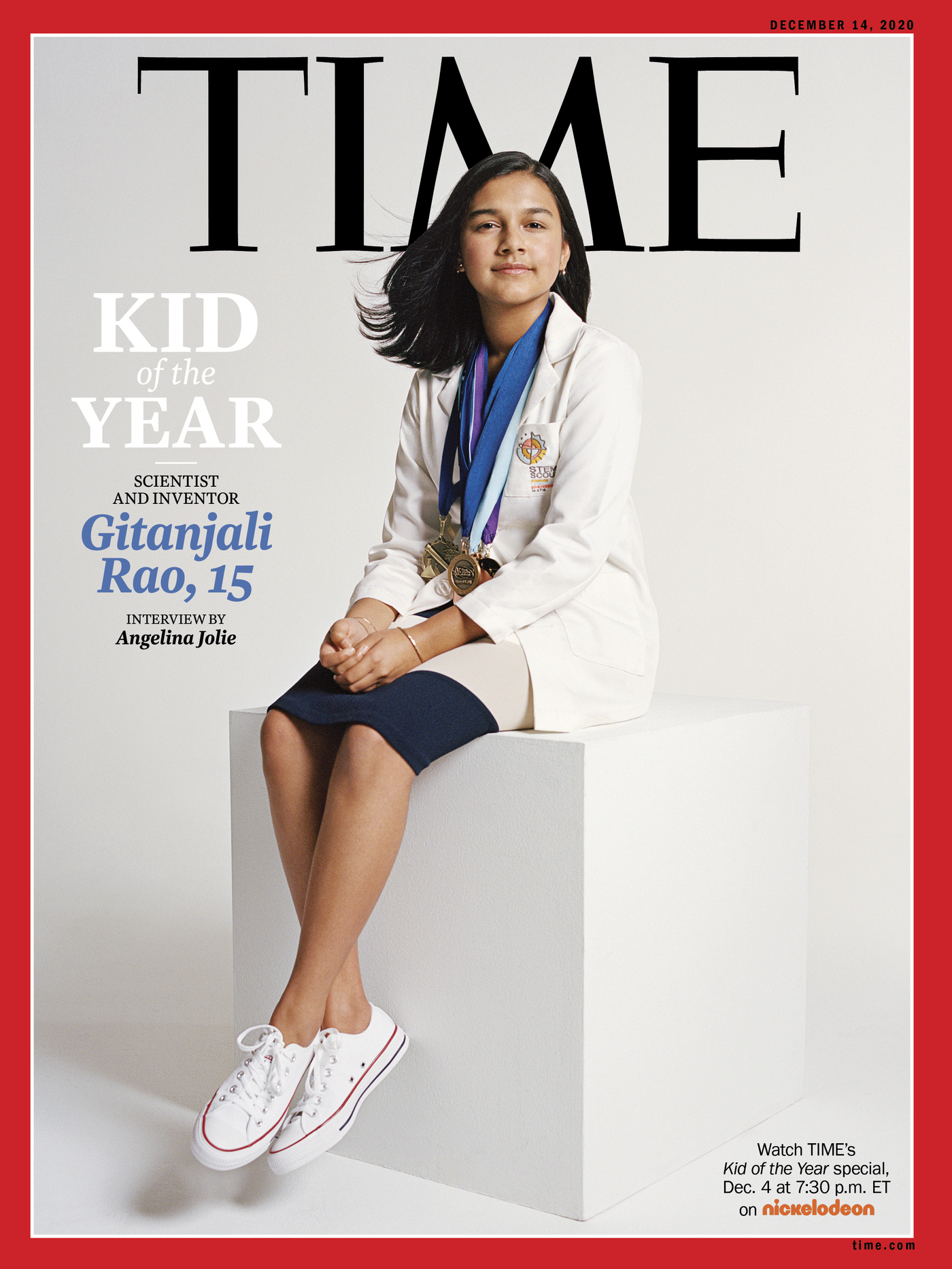 Gitanjali Rao, 15, is Time magazine's Kid of the Year for 2020. Rao has continued to work on solving problems through science after gaining fame for creating a device to test lead levels in water.

Gitanjali Rao, a Colorado teenager who invented a mobile device to test for lead in drinking water, is Time's Kid of the Year for 2020. The magazine announced the award Thursday, citing Rao's ability to apply scientific ideas to real-world problems — and her desire to motivate other kids to take up their own causes.

It's just the latest recognition for Rao, 15, who was named last year to the Forbes 30 Under 30 list. She won praise in 2017 after she responded to the Flint, Mich., water crisis by creating a device named Tehys, using carbon nanotube sensors to detect lead in water. The Lone Tree, Colo., native was named America's Top Young Scientist when she was in the seventh grade. She went on to collaborate with scientists in the water industry to try to get the device on the market.

"You type in a word or phrase, and it's able to pick it up if it's bullying, and it gives you the option to edit it or send it the way it is," Rao tells Time. "The goal is not to punish. As a teenager, I know teenagers tend to lash out sometimes. Instead, it gives you the chance to rethink what you're saying so that you know what to do next time around."

The debut Kid of the Year award comes from a partnership between Time and Nickelodeon. Rao was chosen in part because of the way she has followed up her technical work with efforts to get other young people to work on solving the problems they see.

"I don't look like your typical scientist. Everything I see on TV is that it's an older, usually white man as a scientist," she told Time. "My goal has really shifted not only from creating my own devices to solve the world's problems, but inspiring others to do the same as well. Because, from personal experience, it's not easy when you don't see anyone else like you. So I really want to put out that message: If I can do it, you can do it, and anyone can do it."

In one week, Time will select its Person of the Year, which was won last year by another teenager: climate activist Greta Thunberg.

Thunberg was the first person younger than 25 to win the long-running award. Time says the new Kid of the Year recognition is a way to highlight young people who are having a positive influence on their communities and using their innovations to help solve problems. Five finalists were selected from more than 5,000 candidates between 8 and 16 years old. A committee of kids then made the final choice, along with comedian Trevor Noah.

Each of the finalists will get a cash prize from Viacom, Nickelodeon's owner, as well as appearing with Noah on an upcoming TV special. The candidates are responsible for a wide range of positive work, from guiding discussions about racial injustice to growing food for the needy and making toys that all kids can enjoy, regardless of their abilities.

The other finalists, who are also profiled in the Time article, include Tyler Gordon, 14, from San Jose, Calif.; Jordan Reeves, 14, from Columbia, Mo.; Bellen Woodard, 10, from Leesburg, Va.; and Ian McKenna, 16, from Austin, Texas.