Accessibility links
A Pandemic Reprieve For Mountain Resorts And For Skiers Winter resorts across the country have spent months developing their plans for the new ski season. They require masks and distancing, and many have people reserve their time on the slopes. 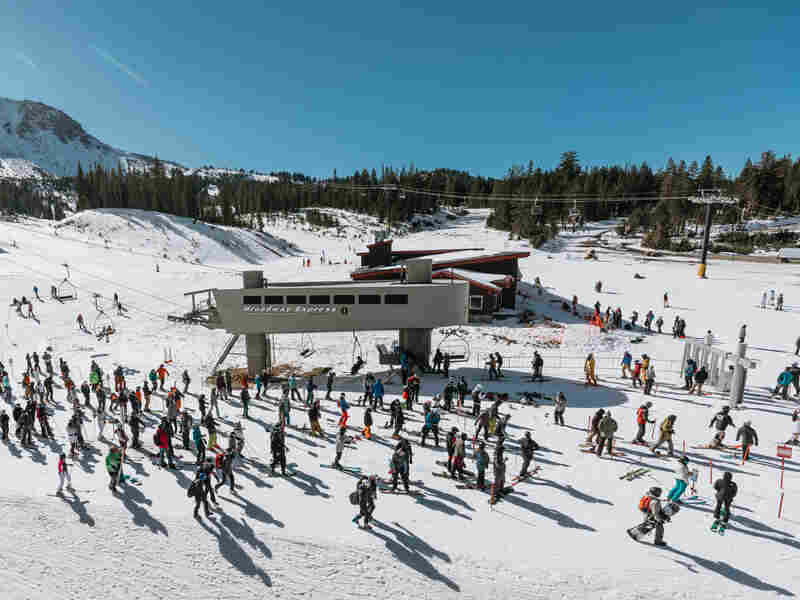 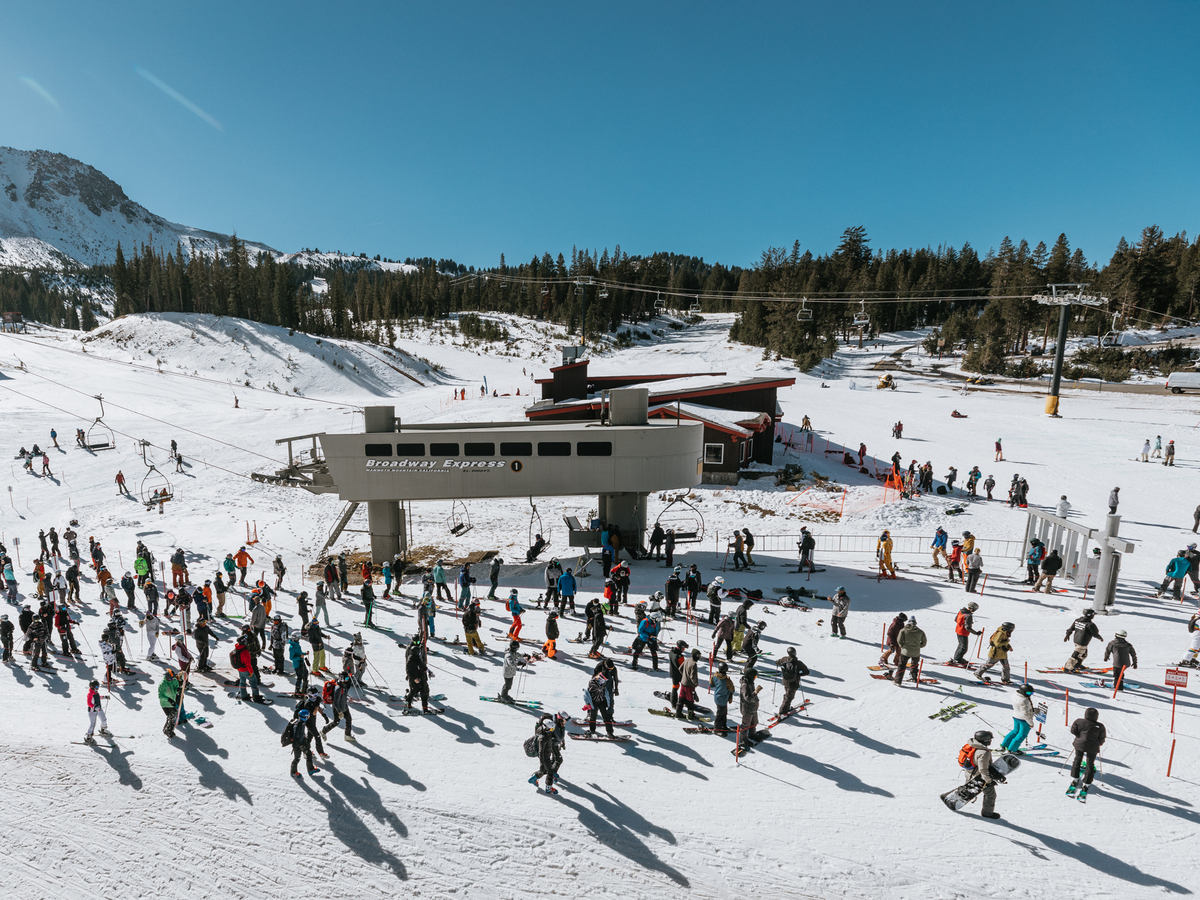 Skiers and snowboarders wait in a socially distanced lift line at Mammoth Mountain on Nov. 15.

Leaders in the winter sports industry have worked to ensure that ski resorts across the country could safely open this winter. Measures such as mask mandates and social distancing are in place. A limited number of guests are allowed each day. And many resorts require guests to reserve their days on the slopes ahead of time.

Every year, over 50 million visitors escape to America's 470 mountain resorts to ski and snowboard. The industry generates $55 billion annually and supports over a half-million jobs. But last spring, the season came to a halt. An estimated $2 billion was lost when 93% of ski resorts closed as the coronavirus began to envelop the nation.

Alterra Mountain Company and Vail Resorts are two of the biggest names in the skiing and snowboarding. Both mountain monoliths have been preparing for the new season since they were forced to shut down in March. They released their plan for the season months ago.

"We knew it would look different. And one of the big things we realized is that we would need to make sure that our guests understood what it was going to look like," said Sara Olson, vice president of communication at Vail Resorts. "That is why we focused so much on putting out a plan ahead of time and then communicating with guests along the way."

This season, both Alterra and Vail prioritize season pass holders, their most loyal customers. Season pass sales allow resorts to lock in revenue, which brings them some stability as the season starts.

Resorts will sell single-day lift tickets, but they are limiting the total number of daily visitors, according to Rusty Gregory, Alterra's chief executive officer. Numerous data sets are considered to decide how many tickets can be sold. Planners take into account the number of season passes sold, where the passholders live, what resorts they've visited in the past, the type of terrain at each mountain, and snow conditions. 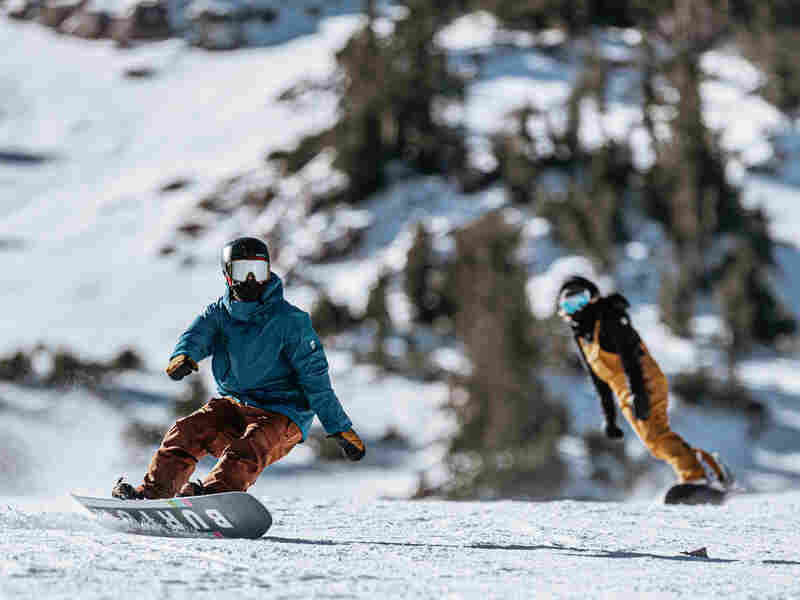 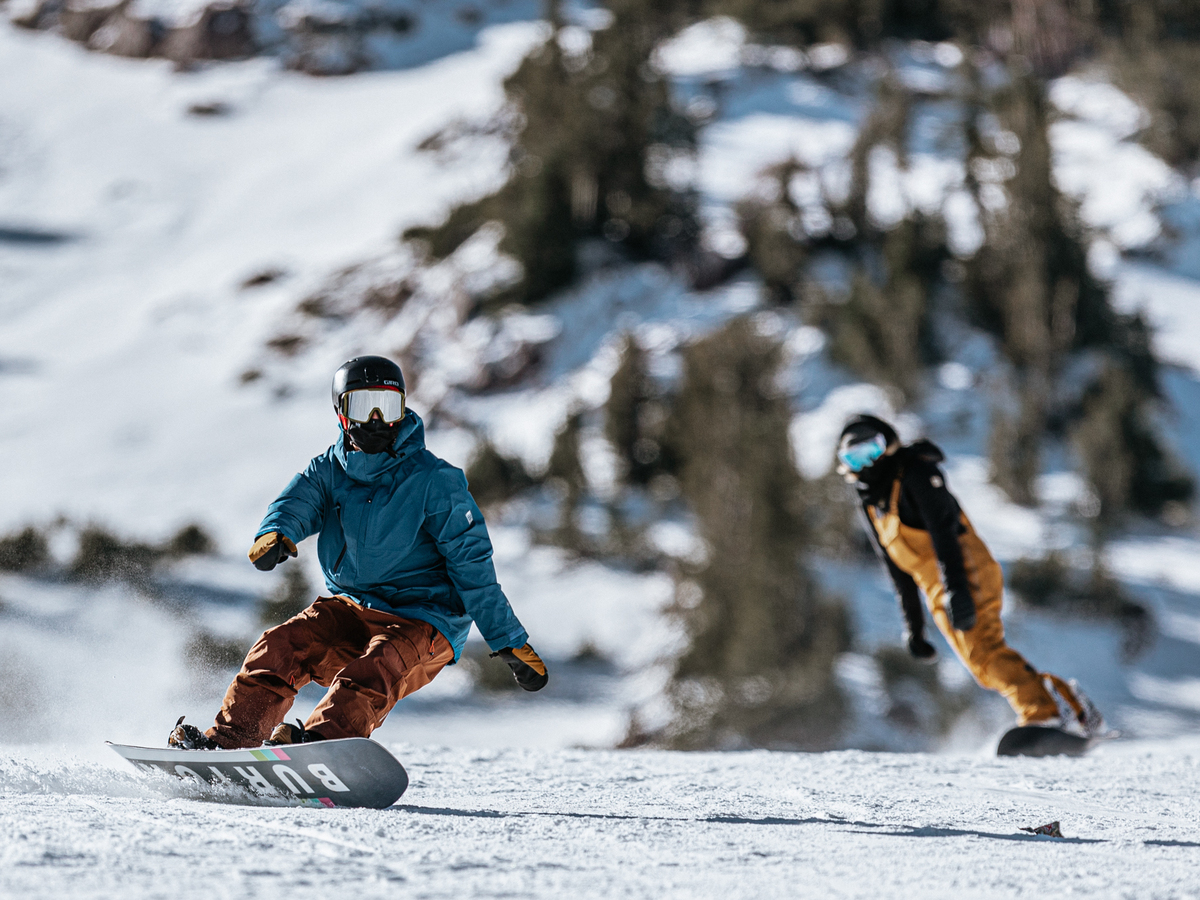 "We can run algorithms against that to determine within some reasonable degree of accuracy, how many pass holders are likely to show up on a given day," Gregory said. "Then we take the reduced capacities that we're holding ourselves to, to make sure that people can maintain adequate social distancing, and we put all that together."

Limiting the number of visitors each day is easy enough; math does most of the work. But ski resorts are held to the same health regulations as other businesses, Gregory and Olson said. Alterra and Vail both have staff dedicated to make sure visitors wear masks and stay six feet apart.

Pat Moore is a New Hampshire native who has been snowboarding for 25 years. He currently lives in South Lake Tahoe, Nev., and has spent several days riding at Sierra at Tahoe, a resort just over the state line in California. Moore said things on the hill seem pretty cool. Everyone follows the rules to ensure the mountain stays open.

"I would say that when we were at the resort that was the safest that I've felt other than being home," he said. "We've been seeing a lot of additional employees and infrastructure around, keeping people safely distanced, making sure people are wearing their masks."

The mountains can provide people with a much-needed release from the pandemic stress. Which may be why guests are so eager to follow the rules. With amenities like indoor dining closed, everyone is eating outside. Some skiers and riders are even taking to the parking lots to eat their lunch, Moore said.

The personal responsibility visitors have demonstrated during the early season is promising, Olson said. Many guests politely remind one another to keep their masks on and to stay six feet apart. Neither the staff nor visitors want to see the season end until the snow is gone.