Accessibility links
GOP Officials Push Back On Trump's Election Disinformation "History will not be kind to those who are cognizant of the truth and yet choose silence for political expediency," said a Florida county GOP elections supervisor. 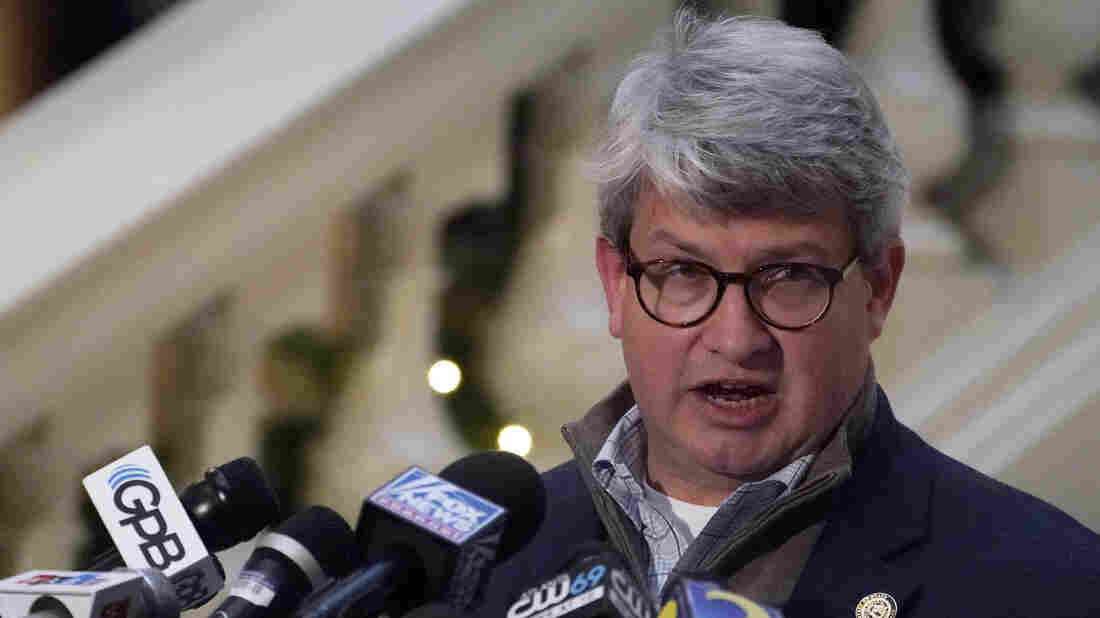 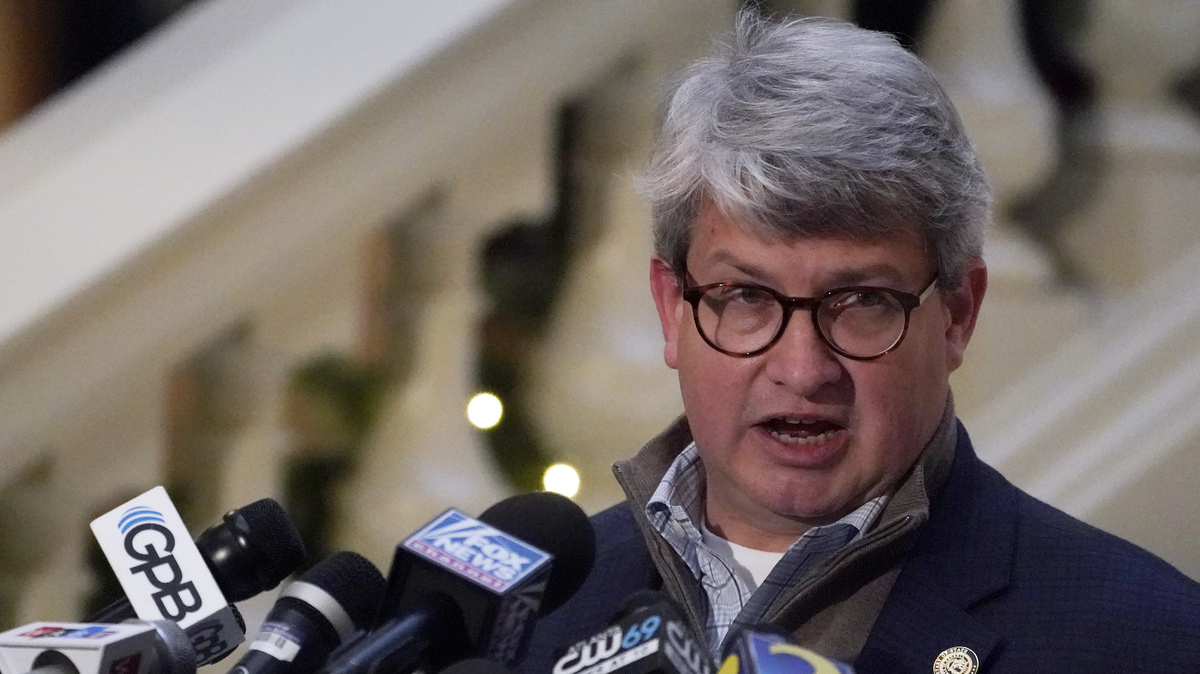 Gabriel Sterling with the Georgia Secretary of State's office pleaded Tuesday for a stop to conspiracy theories surrounding the election.

Republicans at the national level have mostly stayed quiet during President Trump's monthlong baseless crusade against November's election results. But at the state and county level, it has been a different story.

Local election administrators, most of whom are elected along partisan lines, are in charge of the nuts and bolts of voting in America's decentralized elections system.

In many cases, it has been Republican officials who have held firm in their position that the results were not tainted by a widespread cheating scheme, despite a pressure campaign by the president unlike any in American history.

"This was unprecedented scrutiny," said Martha Kropf, an elections administration expert at the University of North Carolina, Charlotte. "For two reasons: the amount of pressure that Donald Trump has been putting on the election officials, but also for the unprecedented amount of things those officials had to do to prepare for this election."

The officials Trump is targeting oversaw a shift toward more voting options this year to reduce the risk of people getting sick while voting during the pandemic.

For that reason, many see the president's campaign against the election's legitimacy as salt in the wounds of officials, many of whom have been working 12- to 16-hour days for months, in some instances seeing colleagues sickened and even killed by COVID-19 on the job.

"How un-American and how undemocratic it is that the actual individuals that are responsible for the process of this most sacred democratic institution of elections are the ones getting the blowback here," said Chris Krebs, the Republican cybersecurity and election security official fired by Trump, at a Washington Post event this week.

Krebs, who also served in the George W. Bush administration, has been maybe the highest-profile Republican official involved in election administration to speak out against Trump's claims.

"It was the right thing to do in the name of democracy," Krebs told NPR this week. He led the federal government's efforts over the past three years to improve the country's systems after Russia's attack on the 2016 election.

Trump has seized specifically on the efforts of officials this year to offer more voting by mail as well as the longer time it has taken to count those ballots as a sign of something nefarious going on — despite the fact that such delays were expected.

But as the certification process has chugged along, with roughly 75% of states having certified their vote totals at this point, Republicans have begun to use their partisan affiliation to their advantage to push back on Trump's claims, said Trey Grayson, the former Republican secretary of state of Kentucky.

"These folks bring credibility because those are Republicans speaking out against some of the truly unfounded Republican complaints leveled by the president," Grayson said.

Trump's Election Denialism Could Hurt His Own Party, And Its Media Allies

Grayson wrote an op-ed in The New York Times shortly after the election, pleading for more Republicans to defend the election process, especially considering they want Republican voters to turn out in just a few weeks in Georgia's runoff elections, which will determine which party controls the Senate.

"What boggles my mind is the Senate is very much at stake and Republicans are telling Georgia voters: 'Your election was stolen from you in the presidential race, but come back out and vote on the exact same machines, with the exact same people running the election for this U.S. Senate race,' " Grayson said. "I mean, it's crazy."

He says he reached out to a number of current Republican secretaries of state last month asking them if they were planning to publicly speak out. They declined at the time. But he has been encouraged by recent developments.

In Arizona, the Republican chairman of the Maricopa County Board of Supervisors said he would not "violate the law or deviate from my own moral compass," even though that's what some people would like him to do.

"No matter how you voted, this election was administered with integrity, transparency, and most importantly in accordance with Arizona state laws," Chairman Clint Hickman said when Maricopa County certified.

Some Republican officials have also begun to argue that silence on the issue at this stage is complicity.

During an emotional press conference Tuesday, Gabriel Sterling, a top election official under the Republican Secretary of State Brad Raffensperger, pleaded for a stop to Trump's conspiracy theories, which have led to threats of violence against election officials across the country and in his office. Raffensperger has also been one of the loudest state-level Republican critics of the president's campaign.

He begged for more support from other Republicans: "If you take a position of leadership, show some."

That message inspired Brian Corley, the Republican election supervisor of Pasco County, Fla., to speak out.

Pasco is a county that Trump won by 20 points this year; yet Corley released a statement Wednesday saying he felt compelled both in a professional capacity and as an "American citizen" to push back against lies about the process.

"I cannot stand by as my work, and the work of all professional elections' administrators, becomes the scapegoat of those seeking political gain," Corley said, while noting that widespread voter fraud has never been found in American elections and that President-elect Joe Biden's margins of victory in swing states are larger than Trump's were in 2016.

"I believe that history will not be kind to those who are cognizant of the truth and yet choose silence for political expediency," he said.

Still, there is fear among experts that the conspiracies about election fraud are becoming more and more mainstream in Republican politics. And that this could become a strategy for Republicans in the future, even after Trump leaves office, if the majority of the party is not willing to condemn it now.

"I'm sure we will have people try to follow that, because you're going to look at the Republican electorate like, 'they think it got stolen, I'm going to appeal to that grievance,' " said Grayson, the Republican former secretary of state of Kentucky. "It just it boggles my mind that these appeals are still being believed with no evidence."