Accessibility links
Balloon rats: exercise of first amendment rights or aggressive union tactics? : Planet Money Unions have been putting giant inflatable rats in front of businesses for years. Now businesses are trying to deflate them, in court. | Subscribe to our weekly newsletter here. 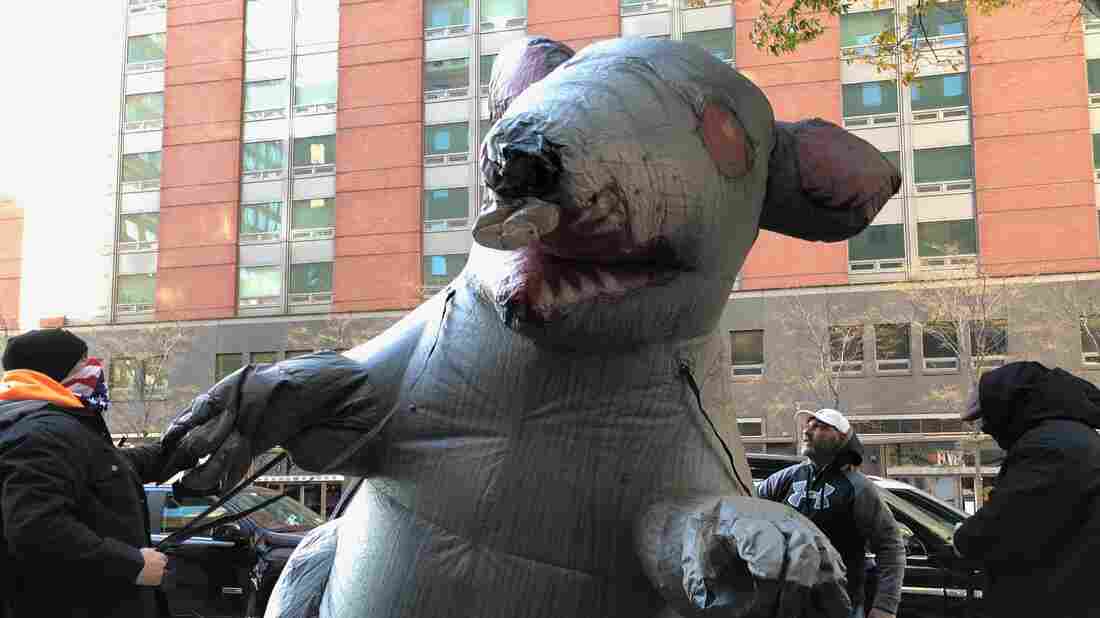 The rat being inflated and installed in lower Manhattan by District Council 16 of the Cement and Concrete Workers on November 18, 2020. Amanda Aronczyk hide caption 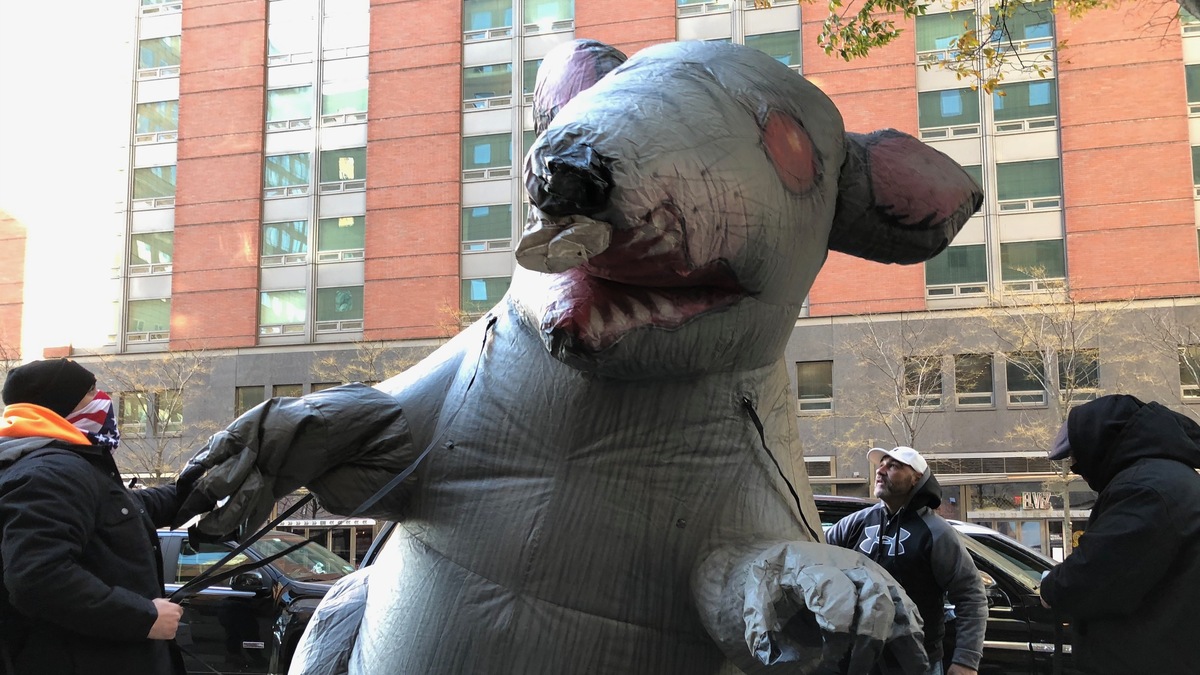 The rat being inflated and installed in lower Manhattan by District Council 16 of the Cement and Concrete Workers on November 18, 2020.

Maybe you've seen them around some bigger towns and cities: Giant inflatable rats with red eyes, and sharp teeth, gross-looking scabs on their belly, standing up on their hind legs with their claws out. Unions put them out in front of businesses they're fighting with. Which is why Scabby the rat has been spotted outside stores, in front of factories — and even on HBO.

The rats have a name — Scabby — and a weird history. They started as suits. But recently, Scabby has also been in the courts. The National Labor Relations Board is trying to limit what they consider aggressive union tactics, and the question is whether Scabby counts as one. On today's show: the rise — and possible fall — of Scabby the Rat.

If you enjoyed this story combining The Sopranos, labor unions and giant balloons, please support us.