Accessibility links
Chinese Chang'e-5 Is Returning From Moon With Rocks, Left A Flag To Celebrate The craft has been collecting rock and soil samples. China is only the second country to plant its national banner on the lunar surface. 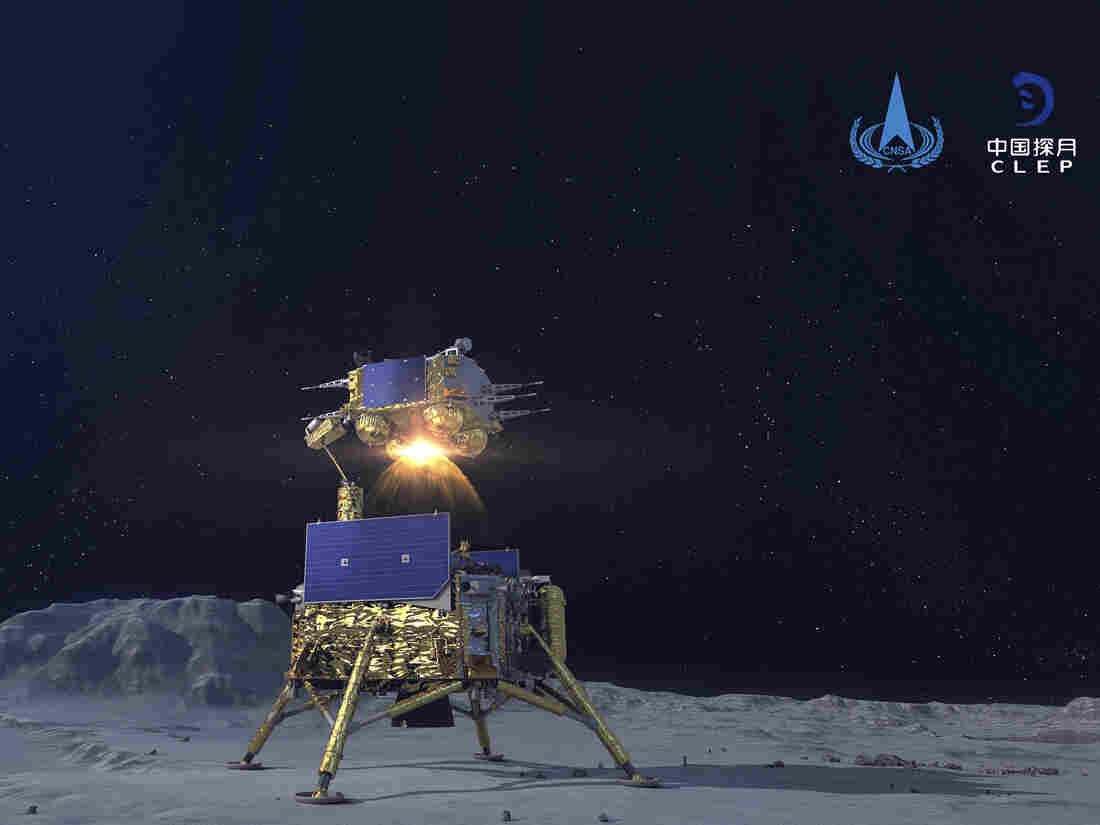 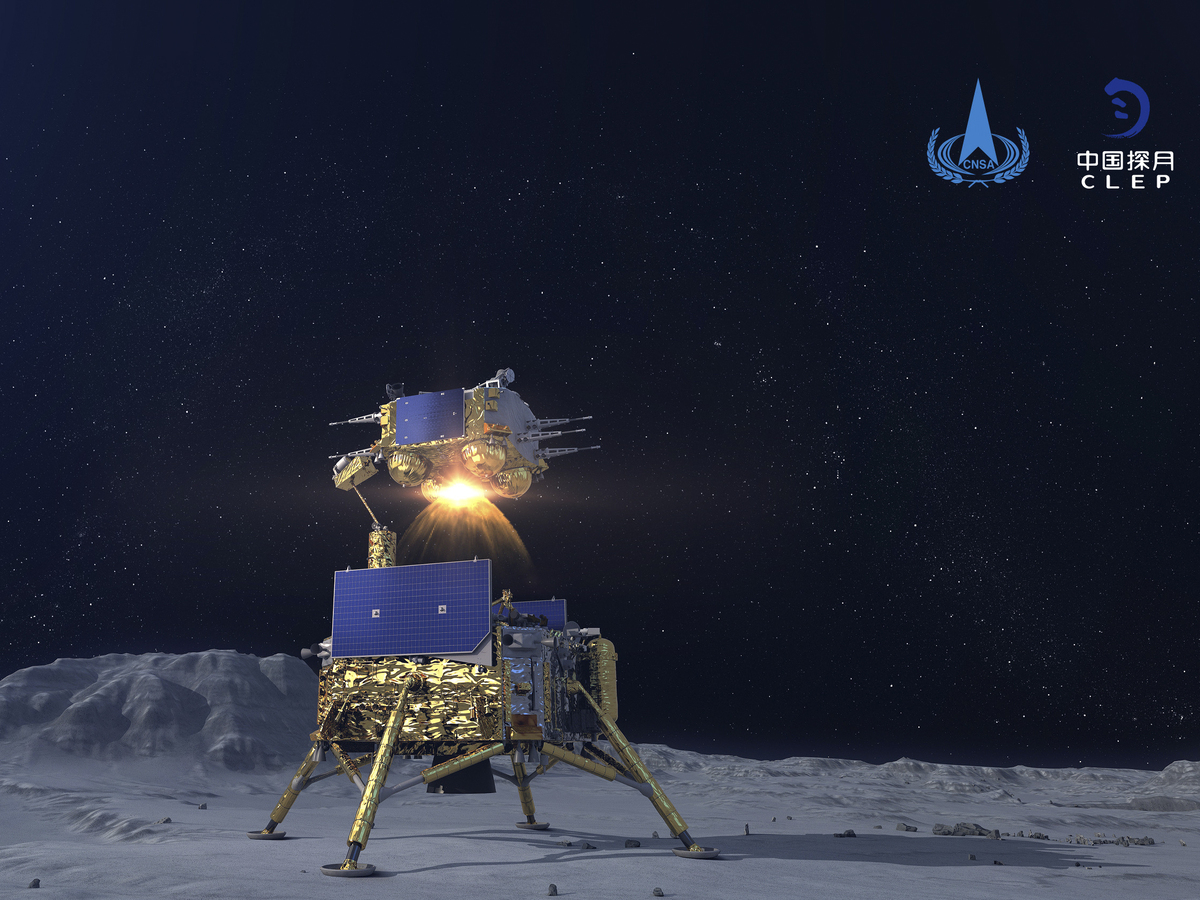 A simulated image of the Chang'e-5 spacecraft blasting off from the moon. The Chinese National Space Administration placed China's first real flag on the lunar surface Thursday.

China's lunar probe Chang'e-5 is on its way back to Earth after a brief visit to the moon Thursday. The craft collected soil and rock samples over the course of about 19 hours and then left the lunar surface.

The samples are expected to land on Earth around the middle of the month.

Before it left, the spacecraft planted a flag there — making China only the second country to leave its national banner on the moon. China hadn't deployed one in two previous landings.

Getting a flag to the moon isn't easy and solar radiation has likely bleached out the ones planted by U.S. astronauts, according to NASA.

For China, its most recent accomplishment has a nostalgic feel, aerospace expert and TV commentator Song Zhongping told China's Global Times. It has been more than half a century since the NASA Apollo 11 crew walked on the moon.

"Yesterday's memory is still fresh and clear, when the U.S. astronauts stepped outside their cabins and planted the first flag in human history, an American national flag, on the moon in 1969," Zhongping said. "But China is about to showcase our own national flag as well, which I believe is a recognition of achievements and breakthroughs that we have made, which will be the most valuable thing."

The Soviet Union was the first country to leave its mark on the moon, intentionally smashing the Luna 2 probe there in 1959.