Accessibility links
A68a, World's Largest Iceberg, Heads Toward Southern Atlantic Island The iceberg is said to be on a collision course with the island of South Georgia, a U.K. territory. The government there released the photos, saying it was keeping a close eye on the situation. 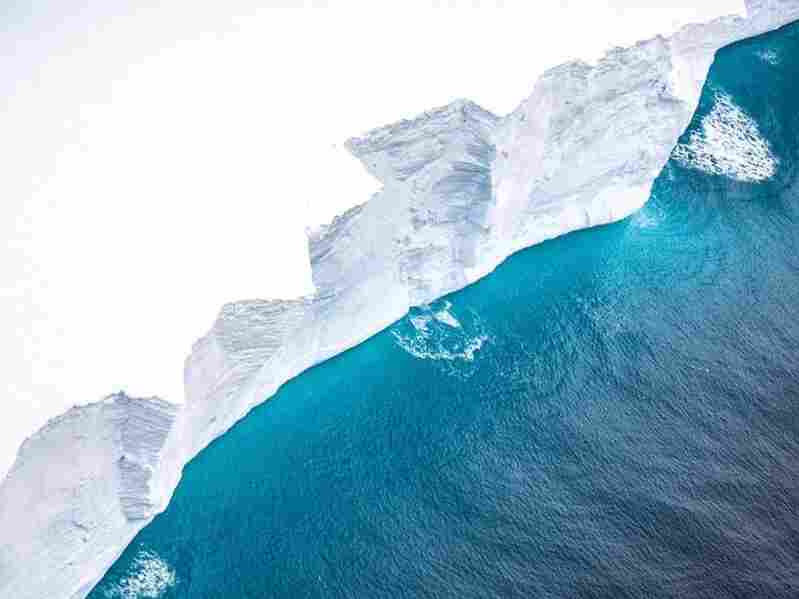 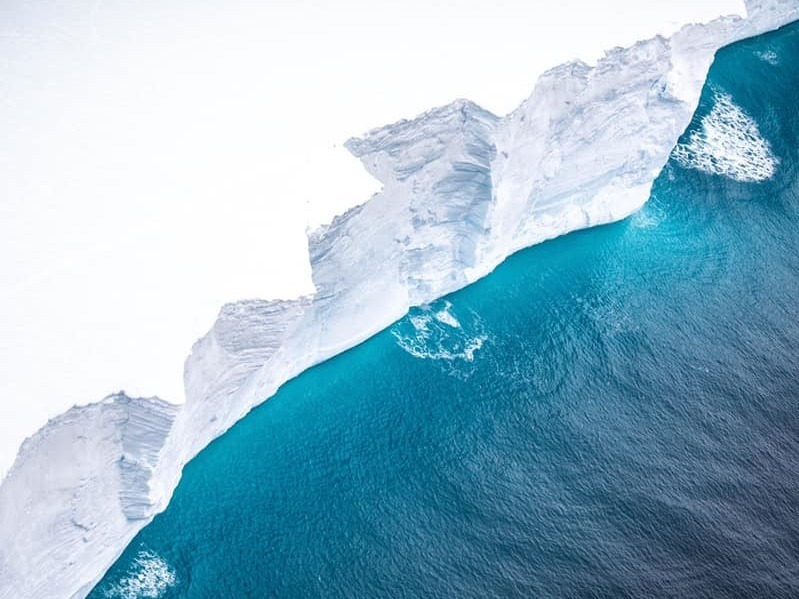 The British Royal Air Force released photos of iceberg A68a on Friday. The massive floe is currently heading in the direction of the island of South Georgia.

Britain's Royal Air Force has obtained images of what is considered the largest iceberg as it veers toward the island territory of South Georgia.

Pictures of A68a were released Friday following a reconnaissance flight of the iceberg. At roughly 93 miles long and 30 miles wide, the floe is believed to be the world's largest.

The pictures taken by British military aircraft, offering some of the closest views of the iceberg thus far, show cracks and apparently smaller chunks of ice breaking off.

In a Facebook post, British officials note that because of the iceberg's massive size, it's nearly impossible to photograph it in full with the exception of satellite imagery.

The chunk of ice cleaved off the Larsen C ice shelf in Antarctica in 2017 at a reported size of roughly 2,300 square miles. Researchers have noted for some weeks now that A68a has been on a collision with the island of South Georgia.

The iceberg is roughly 130 miles off the island's coast and could run aground in shallow coastal waters.

The government there said Saturday that it's keeping a close eye on the iceberg's trajectory.

Last month, the British Antarctic Survey raised the alarm on the damage the iceberg could potentially cause to wildlife if it became grounded near the island.

"Ecosystems can and will bounce back of course, but there's a danger here that if this iceberg gets stuck, it could be there for 10 years. An iceberg has massive implications for where land-based predators might be able to forage," said Geraint Tarling, an ecologist with the organization in November.

The survey notes that a large numbers of seals, whales and penguins feed off the coast of the southern Atlantic island.

Since 2017, the European Space Agency says, A68a has floated thousands of miles across the Southern Hemisphere.