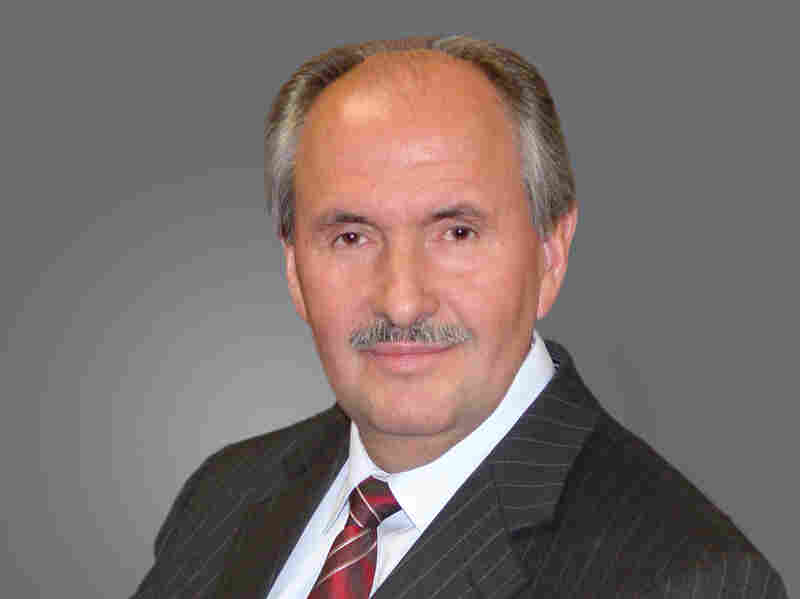 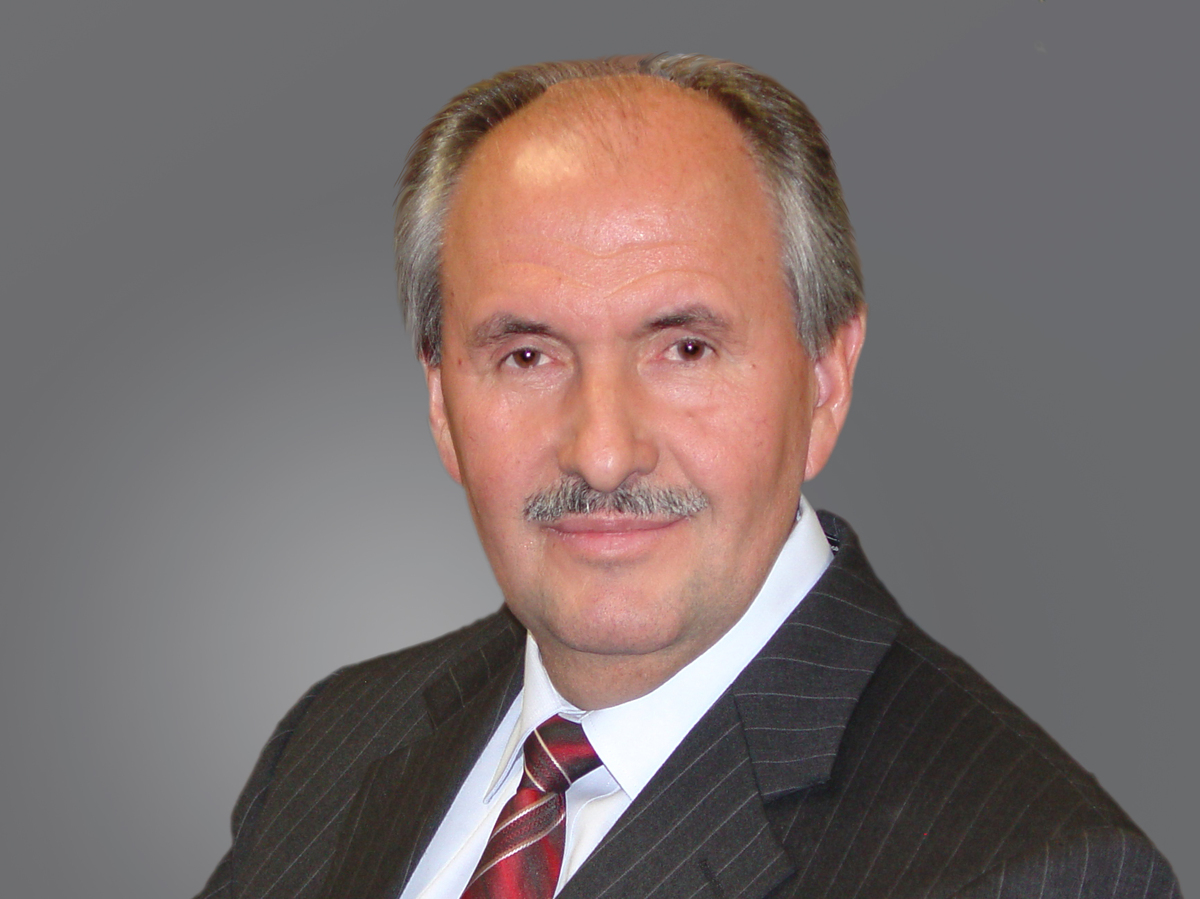 Elez Biberaj was acting director of Voice of America until Tuesday, when he accepted a demotion rather than retire.

The Trump appointee who runs the government's overseas broadcasters reassigned the head of the Voice of America on Tuesday as part of a broad effort to install supporters of the president before the Biden administration comes to power.

This story is based on interviews with nine people with knowledge of the events described, including current and former USAGM employees and Congressional aides. They sought anonymity given the number of people that Pack has fired in his relatively short time in office. USAGM officials including Pack did not respond to a detailed request for comment.

Pack informed acting director Elez Biberaj of his ouster at his routinely scheduled noon meeting. Biberaj, rather than resigning or retiring, will return to his prior job as head of the Eurasia desk, one of six large regions covered by the global network.

Biberaj, a 40-year veteran of the network, was named by Pack over the summer to lead Voice of America on an acting basis, meaning he could be removed at any time. He has walked a fine line ever since. While he never publicly condemned Pack, he frequently reasserted the importance of the independence and credibility of the VOA newsroom even as Pack publicly condemned it and initiated a wave of investigations of its journalists for perceived anti-Trump bias.

"Some agency officials failed to respect rules, protocols and processes that I considered inviolable, and displayed an indifference to the disruptive impact their actions and decisions had on VOA's operations and mission," he added. "Attempts to trample VOA's journalistic independence threatened to undermine our hard-won credibility at a time of global democratic backsliding and increased international threats to America's values and moral leadership."

Reilly, Biberaj's apparent replacement, has written in strenuous defense of Pack. Reilly is a former State Department official and author. He has written critically of Islam and gay rights, the latter in a 2015 book titled "Making Gay Okay: How Rationalizing Homosexual Behavior Is Changing Everything."

Pack is also said to be weighing the ouster of the acting leaders of VOA's sister networks, Radio Free Europe/Radio Liberty and Radio Free Asia.

Pack was first nominated by Trump in 2018 but was not confirmed by the Senate until June. The two top officials of the VOA at the time immediately resigned. Pack moved swiftly to fire the remaining chiefs of the networks overseen by the agency and to push out many top executives.

Taken together, VOA and its sister networks reach more than 350 million people overseas, in an effort that both models American notions of free speech and political debate and fills the need for independent journalism in those countries that do not have a free or viable press.

Pack's actions have turned the agency and its networks upside down.

A federal judge recently ruled in a case brought by a top VOA news executive and five suspended executives that Pack had acted unconstitutionally in initiating those investigations. U.S. Judge Beryl Howell wrote that Pack had violated those journalists' free speech protections by violating the "firewall" protecting the newsroom's editorial decisions from the parent agency's interference.

Four contractors lost jobs and an editor was suspended from the Urdu language service. Biberaj did not take action against the other journalists, despite intense pressure to reassign or fire several staffers. Foremost among them: White House bureau chief Steve Herman, who displeased Vice President Mike Pence with reports about his violating COVID-19 protocols at the Mayo Clinic last spring.

Soon after Pack arrived at USAGM, he moved to fire most of the top leadership team, including the chief financial officer, the general counsel, and the chief strategic officer. Due to civil service rules, he did not succeed. He was forced instead to put them on paid administrative leave, alleging they had committed security breaches that could leave the agency open to foreign espionage.

In August, Pack signed an agreement with McGuireWoods, a law firm based in Richmond, Va., to "conduct an internal investigation on behalf of USAGM regarding the complaints of potential misconduct by employees, including but not limited to use of organizational resources," according to legal documents reviewed by NPR.

A spokesman for McGuireWoods confirmed the contract in a statement.

"The U.S. Agency for Global Media ("USAGM") has retained McGuireWoods to conduct an independent review of aspects of a number of government reports issued since 2015, as well as other issues. This includes, but is not limited to, the Agency's response to a June 2015 Office of Inspector General (OIG) report relating to the Open Technology Fund ("OTF"), and a series of government audits and reports issued over several years relating to the Agency's personnel security program."

A lawyer representing whistleblowers against Pack and the agency railed against the contract. "It's patently absurd to root out abuse of government funds by paying a private law firm hundreds of thousands of taxpayer dollars," said David Seide, an attorney for the non-profit Government Accountability Project. "It's a gross misuse of government resources. That's what inspector generals are for!"

McGuireWoods's earlier and inconclusive investigation of whether Virginia Gov. Ralph Northam appeared in a racist yearbook photo cost Eastern Virginia Medical School more than $360,000, according to the Virginian-Pilot.

Most of the executives whom Pack sought to fire are currently contesting their suspension and the ultimate goal of their dismissals, which he sought to instigate once more in recent weeks, according to several people with knowledge.

Pack does not appear to be chastened about the rebuke he received from Judge Howell. Lee Crain, an attorney representing plaintiffs in lawsuits against Pack, filed a complaint early this month with U.S. Justice Department attorneys who represented Pack and the agency. Crain wrote that senior aides to Pack had intervened in the planned promotion of two Voice of America journalists to long-term status despite Howell's banning any such involvement by the agency in VOA's editorial or personnel decisions.

Crain said the federal attorneys told him they were seeking more information from USAGM's lawyers.

Pack is himself likely to be dismissed once Joe Biden becomes president, a power the incoming president has thanks to a U.S. Supreme Court ruling giving Trump the authority to force out the head of other independent agencies.

It may prove trickier for a Biden-appointed USAGM chief executive to name new heads of the networks, however. Pack's moves led Congress to draft legislation intended to impede the CEO's ability to do so without support of an advisory board that would itself first need the approval of the U.S. Senate.

Disclosure: This story was reported by NPR media correspondent David Folkenflik and edited by NPR Media & Tech Editor Emily Kopp. Because of NPR CEO John Lansing's prior role as CEO of the U.S. Agency for Global Media, no senior news executive or corporate executive at NPR reviewed this story before it was published.