Accessibility links
Getting Through The Holidays During The Coronavirus: A Therapist Gives Advice : Life Kit The holidays are extra stressful this year. Psychologist and author Andrea Bonior offers some tips, whether you're feeling stressed, angry, lonely or guilty. 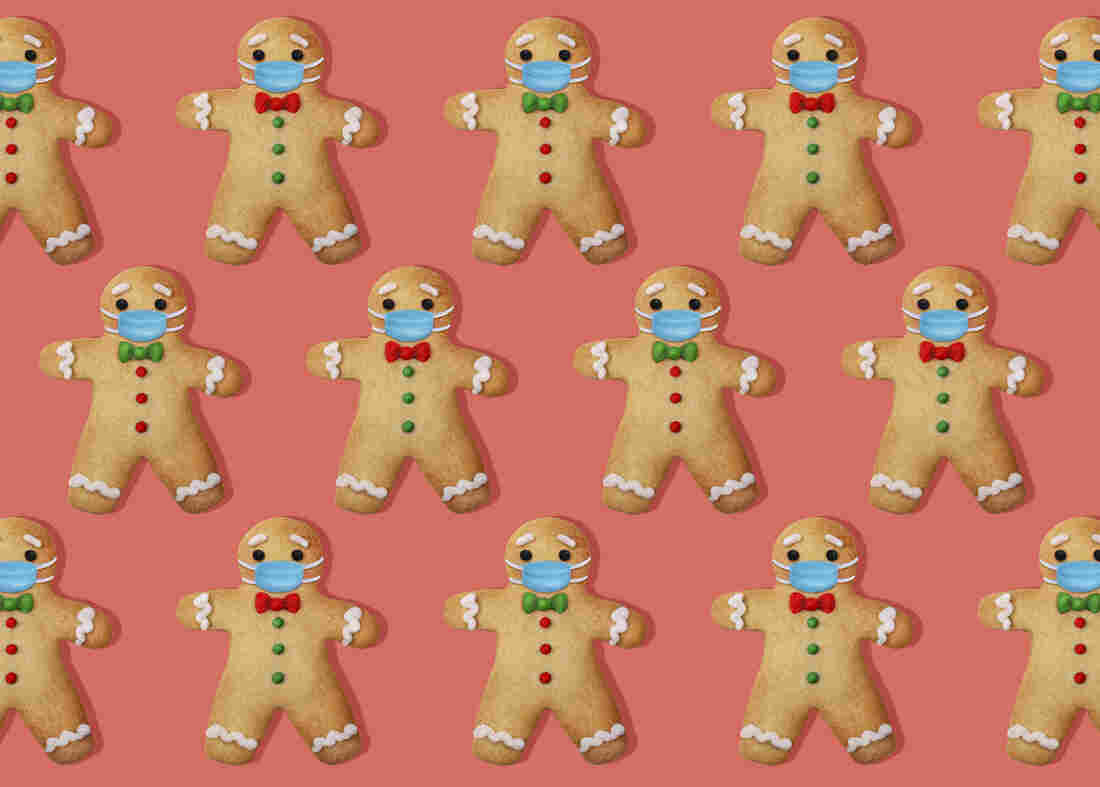 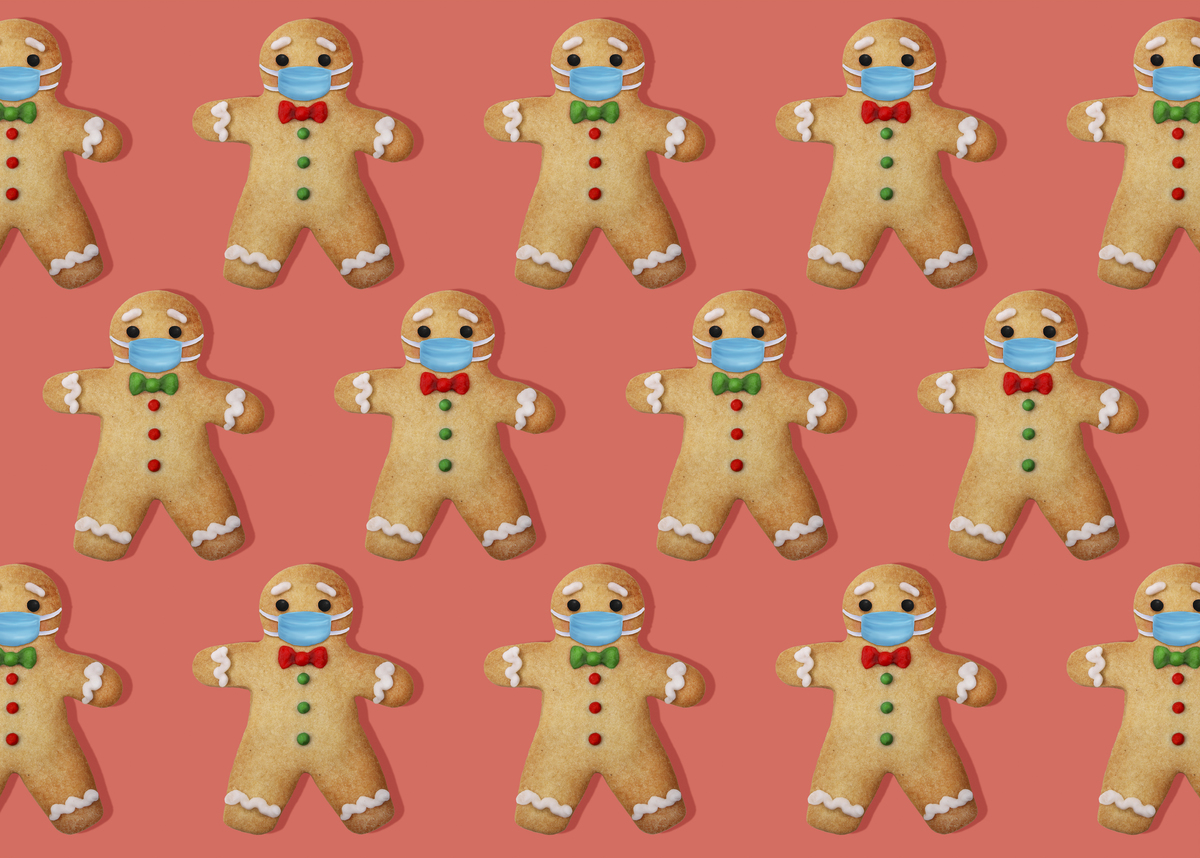 Even if you know, intellectually, that the holidays are not actually "the most wonderful time of the year" (and can, in fact, be incredibly stressful), coping with feelings of loneliness, guilt, anger, and despair during the month of December can be very challenging. And thanks to the ongoing pandemic, a lot of people are feeling bad right now. The news is bleak, pretty much everyone is stretched thin, and comfort and joy are in short supply, making it that much harder to muster the energy to celebrate — or even to reach out and ask for help.

To better understand how to cope with this extra-rough holiday season, I spoke to Andrea Bonior, a psychologist and author of Detox Your Thoughts: Quit Negative Self-Talk for Good and Discover the Life You've Always Wanted. Here are some of her best tips.

Lower your expectations, and keep an open mind about what a holiday should look like.

Our celebrations are likely going to look and feel different (or even...bad) this year — we're living through a pandemic, after all. "I think it really is a matter of understanding that this is going to be subpar no matter what," Bonior says. "That there's no way to get everything in a digital format... that you would get if you were in person. There's no way to not sacrifice certain things."

"I think the first step is to throw out the rulebook," Bonior says. "Really, so many expectations we have can make us feel worse." Instead of trying to join in every Zoom happy hour or bake the perfect sugar cookies, you might be better off viewing this as a time to embrace new rituals and ways of celebrating. "This is an opportunity to reevaluate and recalibrate what is going to be important to you going forward," Bonior says. "That is a really special freedom when you think about it." Put your own spin on family recipes, decorate with the absolute kitschiest items you can find (or don't decorate at all) — whatever feels right to you.

If you're feeling guilty about not seeing family this year, remind yourself of all the reasons you're staying put.

Bonior suggests keeping safety at the forefront of your mind, especially if you're feeling bad about your decision to not see older relatives this year. "We have to bear in mind that, ultimately, if we're following our values, we are really trying to keep them alive," she says. "Keeping that big picture in mind can really help with the guilt."

If you're getting a lot of pressure to travel or to host a group of out-of-town relatives, Bonior says it's a good idea to prepare a script that you can return to each time the topic comes up. It might be something like, "I really miss you too. I'm sorry it had to work out this way, but I do feel strongly that this is the best option or the safest option" — and Bonior says you can use your script as often as you need to, even if you feel like a broken record.

"If it gets to the point where it's just so excessive, you can say, 'You know, I have to be honest, this really is making me feel uncomfortable,'" she says.

If you're feeling more furious than festive, make a point to address the physical aspects of your anger before you do anything else.

A lot of folks are feeling angry right now — at family and friends who are choosing to attend large holiday gatherings, elected officials who aren't doing more, whoever. If you find yourself on the brink of snapping at a stranger whose mask isn't covering their nose, look for a safe way to release some of that pent-up aggression.

"Rage really shows up in the body," Bonior says. "And I think a lot of times when we don't address the physical part of it, that's when it just stays around and makes us even more miserable." She suggests taking note of where you're feeling your anger — maybe your neck and shoulders are tight, or you're clenching your fists — and finding ways to move your body to release some of that energy. That could look like dancing or exercising, or even letting out a primal scream alone in your car.

"If you just try to address the anger in the cognitive way, you're really not going to find relief," Bonior says.

Find ways to reach out to others, and remember that you're not alone in this.

Feeling lonely or isolated during the holidays is never easy, even in the best of years. But a lot of people are feeling that more right now, especially if they can't easily gather with their chosen family.

Helping other people is one good way of pushing through feelings of despair, if you have the time or energy for it. "We really do get a mood boost when we help other people," Bonior says. If you're worried about safety, consider volunteering virtually; if you're short on time or money (or both), something as simple as writing thank you notes to people who have had a positive impact on your life could lift your spirits (and theirs).

And don't let the fact that so many people are struggling keep you from asking for support if you're having a hard time. "There was some interesting data that came out recently that said that the people are actually less likely to reach out for help during the pandemic, despite them being more stressed and feeling worse than ever," Bonior says. "And I think part of that is that people are comparing themselves to others."

"If you need help, then you are deserving of help," she says. "Period. Full stop."

Rachel W. Miller is the Deputy Editor at VICE Life. Her second book, The Art of Showing Up, came out in May. (You can hear about it on Life Kit here and here.) Follow her on Twitter.

This episode was produced by Clare Marie Schneider.