Accessibility links
How To Cut Back On Drinking During The Coronavirus Pandemic : Life Kit Alcohol sales are high and Americans are drinking more during the pandemic. If you're thinking of cutting back or even taking a break, you're not alone. Life Kit talked to the experts about how to do that. 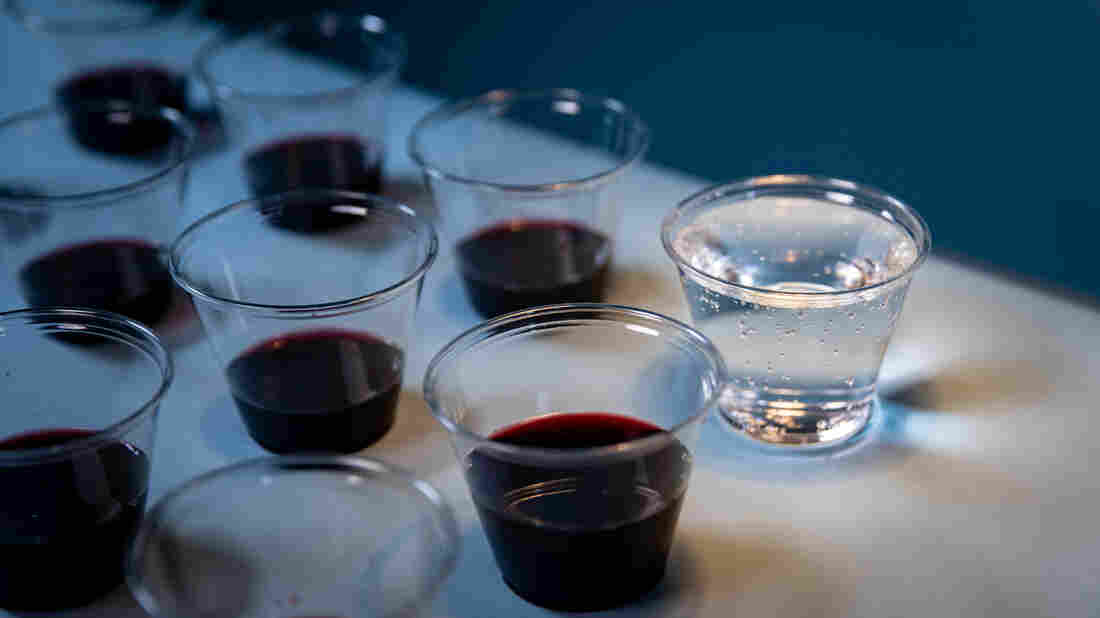 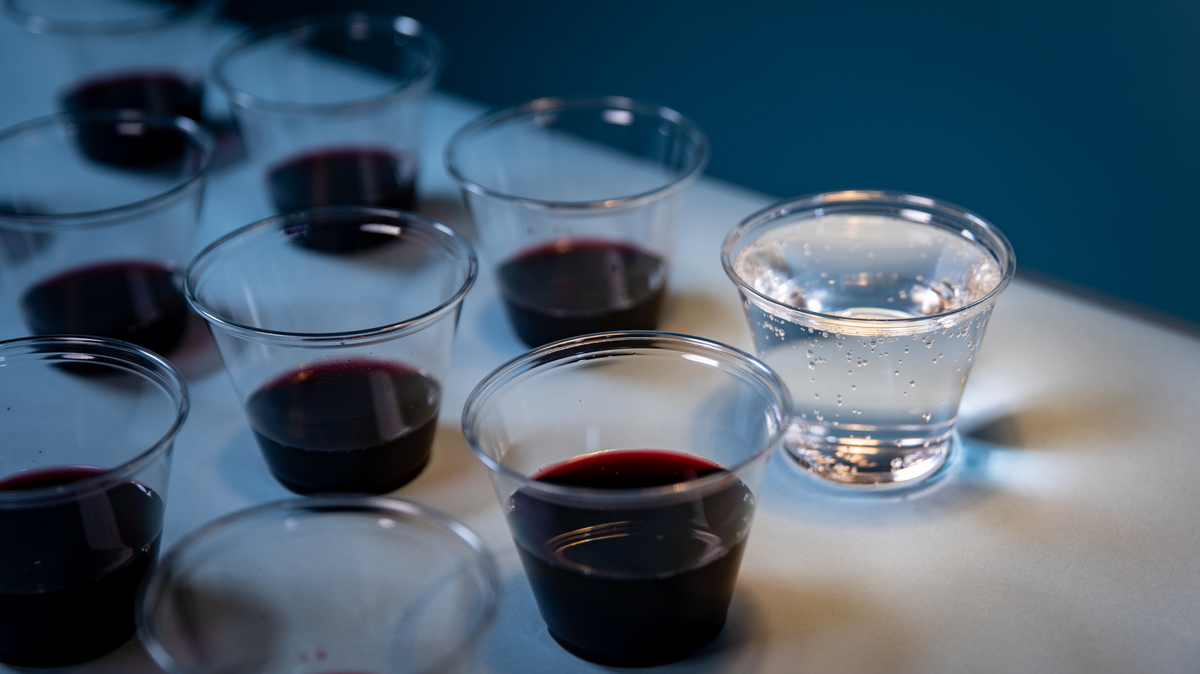 When the pandemic began spreading across the U.S. in March, stores, restaurants and schools closed down. But liquor stores in many parts of the U.S. were deemed essential and stayed open. Alcohol sales have ticked up during the pandemic, so maybe it's a good time to ask yourself: Are you drinking more than you'd like to be?

For many people, alcohol is a part of everyday life, but taking a break has its benefits. Here at Life Kit we've covered how to drink less in a pre-pandemic world — one where you might find yourself at a party or happy hour with co-workers. But with many of us stuck at home and bars either fully closed or with limited hours, we wanted to get some updated advice from the experts. Here's what they say:

Think about why you drink. Kamala Greene Génecé, a psychologist who specializes in addiction, says it's important to look at the role alcohol plays in your life. "That will allow you to make specific changes based on the information that you gather," she says. There's no need for judgment, but R. Lorraine Collins, a psychologist at the University of Buffalo, recommends asking yourself, "Are you keeping alcohol as ... a special beverage for limited situations, or are you engaging in alcohol use across the board?"

Track how much you drink. The U.S. Department of Health and Human Services recommends that if you drink, you should do it moderately: up to one drink a day for women or two drinks for men. But Collins says sometimes people can get confused by what constitutes a drink. "For many people ... in their minds, a glass equals a drink," she says. So it's important to assess not just what alcohol you're consuming but how you're consuming it. Is your glass of wine really just 5 ounces (which equates one drink) or is it more? Mixed drinks often contain more than one shot, and craft beers can contain more alcohol than a standard beer.

When you do drink, be mindful. Collins says there are a couple of tricks to curb your alcohol consumption — that way, you won't suddenly be on your fourth or fifth drink without even realizing it. To slow down consumption, Collins recommends sipping, not guzzling. "Even a beer can be sipped like fine wine," she says. Additionally, she recommends adding in nonalcoholic beverages between that cocktail or beer and having food available when you drink.

If you or someone you know is struggling with addiction, the SAMHSA National Helpline is open 24/7 at 800-662-HELP (4357). You can get help finding treatment here.

Reprogram your day. Replace happy hour with a new habit. If you want to take a temporary break from drinking, Génecé recommends starting with a two-week hiatus. She says this will give you a lot of information about your relationship to alcohol: Was it a breeze, or was it really difficult to cut alcohol out of your routine? If the latter is true, she says it's important to replace drinking with new habits. So, for example, if you like to have a drink after work, try something else at that time, such as going for a walk or watching a show you like. "Substitute other pleasant activities during that very same time for at least two to three weeks so that you can begin to develop a new conditioned response," she says.

Connection is key. Seek out support. Génecé says one of the silver linings of the pandemic is that many of the alcohol support groups such as Alcoholic Anonymous, Smart Recovery and Recovery Dharma have extensive online communities now. For people trying to take a break from drinking, online AA meetings or other similar groups can help you learn more about the help and support available — and meet other people who don't drink. Even if this more structured assistance isn't for you, getting support in some form helps — even if it's just something to distract you from your old routine, such as joining a remote book club or calling an old friend.

Consider a break as an opportunity to learn more about yourself. A break from alcohol can lead to a range of outcomes. As we've reported, a 2016 British study of people who participated in a monthlong "Dry January" break, found that 82% said they felt a sense of achievement. "Better sleep" was cited by 62%, and 49% said they lost some weight. Génecé says try to take notice any positive changes in your life without alcohol — maybe you hike farther, have better conversations or get better sleep. Notice if your life feels richer to you. If we're stuck at home for now, why not give it a try? What do you have to lose?

This episode was produced by Clare Marie Schneider.