Accessibility links
Lloyd Austin: A Man 'Of The Highest Integrity,' But Still Unknown To Many If confirmed as defense secretary, retired Army Gen. Lloyd Austin would be the first African-American to run the world's largest employer, with some 2.2 million servicemembers.

Lloyd Austin: A Man 'Of The Highest Integrity,' But Still Unknown To Many

Lloyd Austin: A Man 'Of The Highest Integrity,' But Still Unknown To Many 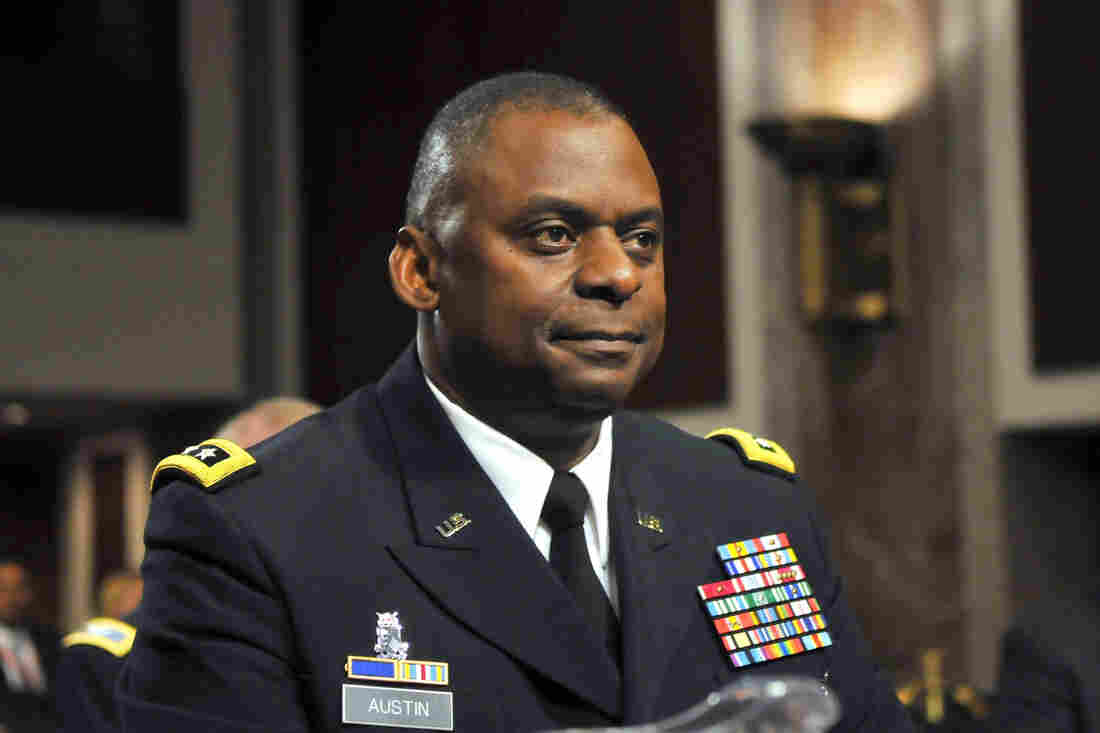 In this 2010 photo, Army Lt. Gen. Lloyd Austin appears at a Senate Armed Services Committee hearing on his reappointment to be commander of the U.S. forces in Iraq. President-elect Joe Biden plans to nominate Austin as the first African-American to be defense secretary. Rod Lamkey Jr./AFP via Getty Images hide caption 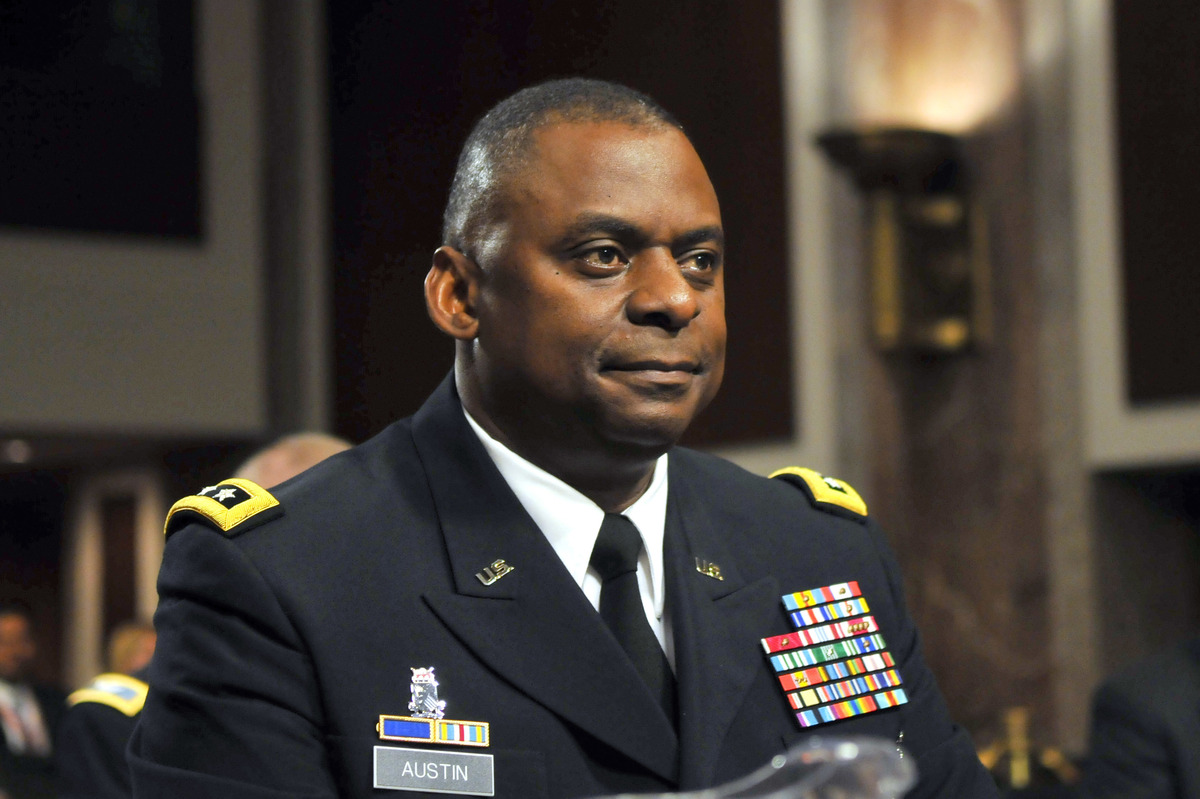 In this 2010 photo, Army Lt. Gen. Lloyd Austin appears at a Senate Armed Services Committee hearing on his reappointment to be commander of the U.S. forces in Iraq. President-elect Joe Biden plans to nominate Austin as the first African-American to be defense secretary.

By choosing Lloyd Austin to be his defense secretary, President-elect Joe Biden is making history.

Austin, a retired four-star Army general and West Point graduate, would be the first African-American to lead the Pentagon, the world's largest employer with more than 2.2 million servicemembers and a civilian work force that numbers more than 700,000.

"He is a man of the highest integrity," said retired Army Maj. Gen. Paul Eaton, who served with Austin when they were young officers in the 10th Mountain Division. "Steady in the saddle. Great command climate. General Austin is a great pick to lead our military in a dangerous world."

Sources tell NPR that Biden came to know Austin during briefings in the White House Situation Room during the Obama administration, when Austin was leading U.S. Central Command. He was the first Black officer to lead the command overseeing Middle East operations, a job that included putting together a plan to defeat the Islamic State in Iraq and Syria.

Biden said it was important to him that the next Pentagon head personally know the human costs of war.

That view seemingly ruled out the two other candidates for the job, who are without military experience but were seen as far more likely until recent days to become defense secretary.

One was Michelle Flournoy, a former top Pentagon official in the Obama administration, who would have been the first woman to hold the post. The other was Jeh Johnson, another African-American who was the Pentagon's general counsel and went on to lead the Department of Homeland Security.

Flournoy in particular came under intense opposition from progressive groups. They charged that she was too likely to turn to military solutions, citing her support for the surge of 30,000 troops in Iraq during the Obama administration, an increase then-Vice President Biden opposed. And those groups also said Flournoy was too close to corporations as head of the consulting group WestExec.

But others came to her defense. Flournoy also got support from members of the House Armed Services Committee as well as defense analysts, including Rosa Brooks, a Georgetown University law professor who worked for Flournoy in Obama's Defense Department.

"The Defense Department has long been viewed as singularly inhospitable to women," Brooks wrote in a recent New York Times' opinion piece. "Over the last two decades, an impressive new generation of female defense experts have emerged." 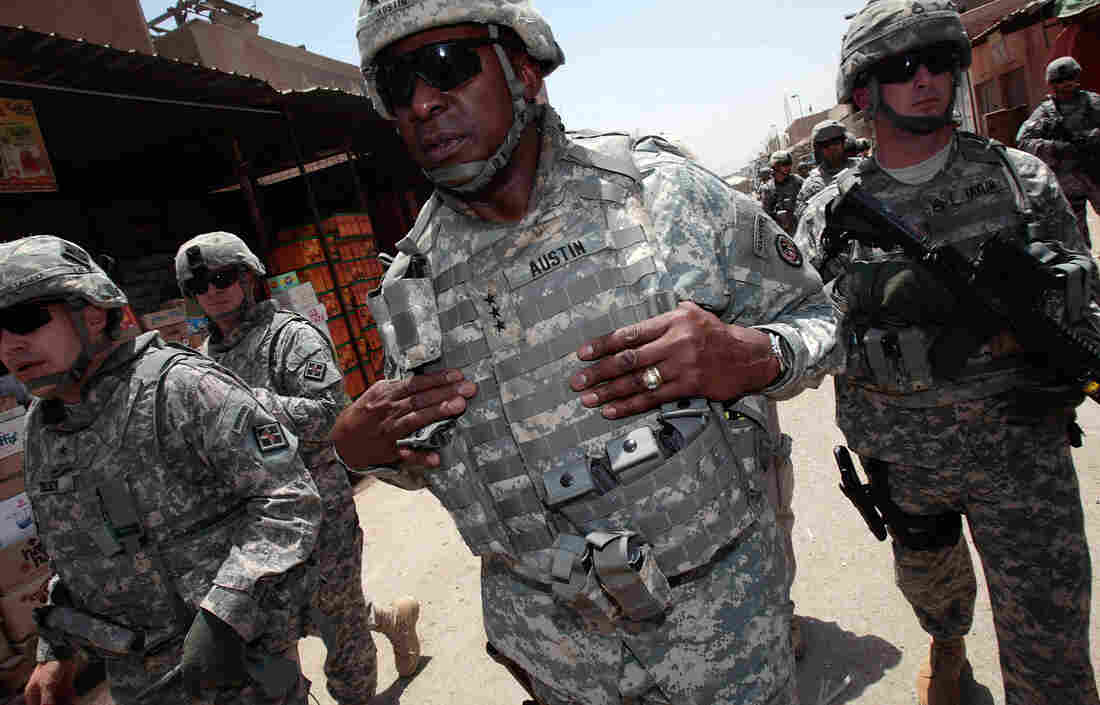 U.S. Army Lt. Gen. Lloyd Austin (center) and members of his entourage tour the Jamila market in Baghdad, Iraq, in 2008. To become defense secretary, Austin will need a waiver from Congress since he has not been out of uniform for the required seven years. He retired from the military in 2016. Chris Hondros/Getty Images hide caption 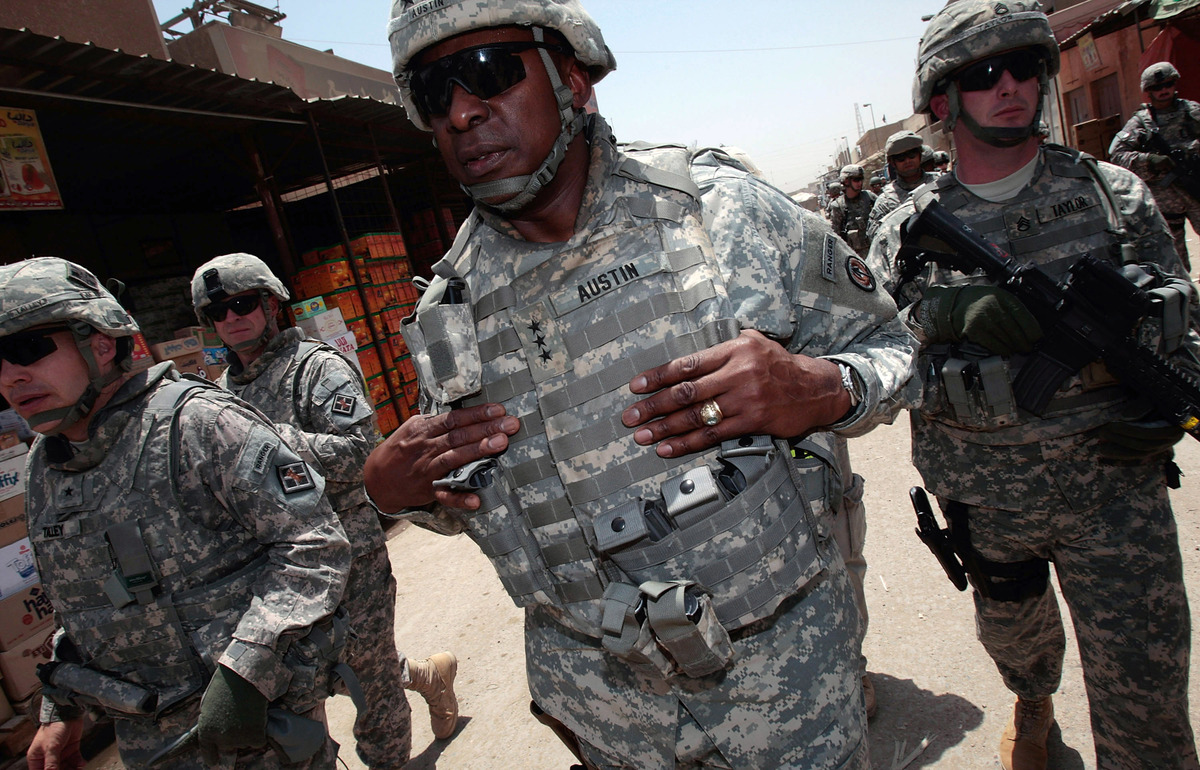 U.S. Army Lt. Gen. Lloyd Austin (center) and members of his entourage tour the Jamila market in Baghdad, Iraq, in 2008. To become defense secretary, Austin will need a waiver from Congress since he has not been out of uniform for the required seven years. He retired from the military in 2016.

At the same time, the military has also seen relatively few African-Americans in the top ranks.

Of the 41 most senior military leaders – those with four-star ranks – only two are Black. And just recently, one of them, Air Force Gen. Charles Q. Brown became the top general in that service, meaning he will be the first African-American on the Joint Chiefs of Staff since Colin Powell in the early 1990s.

Brown is credited with coming up with a new strategy to defeat the Islamic State. Rather than go after the fighting groups, Brown decided in 2015 to focus airstrikes on the group's key strengths: its command and control, and its bank in Mosul, Iraq, which it used to pay its fighters. That was the beginning of the end for the Islamic State.

Around the same time Austin was criticized for not doing enough to defeat the Islamic State on the ground, by training local militias.

The late Sen. John McCain, then head of the Armed Services Committee, lashed out at Austin in September, 2015, saying the general's testimony was "divorced from the insight of every outside expert."

Austin stumbled during his testimony and told the committee that a plan to train more than 5,000 local Syrians a year was only able to train "four or five."

"The program has gotten off to a slow start," Austin said. It would take several more years of training local Syrians, and U.S. airstrikes under other commanders, before the Islamic State was defeated.

Rarely in the spotlight

Austin was termed by one retired general as an "extraordinary leader," though Austin was rarely seen at press conferences or think-tank events like some other generals. His name was not seen in newspaper op-eds or in professional journals. He has rarely been in the spotlight.

In his Atlantic op-ed, Biden wrote, "The next secretary of defense will need to immediately quarterback an enormous logistics operation to help distribute COVID-19 vaccines widely and equitably. Austin oversaw the largest logistical operation undertaken by the Army in six decades — the Iraq drawdown."

To that end, in a rare interview with talk show host Roland Martin back in March of this year, just as the pandemic was taking hold, Austin talked about the military assisting in the Covid-19 response.

Still, it's not clear what Austin's priorities would be. There are a range of tough issues awaiting the next defense secretary.

Some analysts say that all U.S. troops should leave Afghanistan, though Biden supports keeping several thousand to keep pressure on militant groups like al-Qaida and the Islamic State. Austin has not publicly expressed his views.

Austin spent a good part of his military career focused on the Middle East, and does not have deep experience when it comes to U.S. rivals in other regions, like Russia and China.

After retiring four years ago, Austin opened a consulting firm and also joined the board of directors of Raytheon Technologies.

Austin will need a waiver from Congress to become defense secretary, since he has not been out of uniform for the required seven years. Only twice has Congress granted such a waiver: once in the 1950s for George Marshall and another just three years ago for James Mattis.

When Democratic Sen. Jack Reed of Rhode Island agreed to a Mattis waiver, he said he was reluctant to do so again.

"Waiving the law should happen no more than once in a generation," Reed said at the time. "Therefore I will not support a waiver for future nominees."

However Reed on Tuesday signaled openness to a waiver. "I will carefully review this nomination and look forward to meeting with General Austin to hear his views on the national security challenges we face and the exemption request being made in order for him to be considered to lead the Pentagon," he said in a statement.

Biden, in his Atlantic op-ed, seemed to predict concerns like Reed's earlier one, writing, "I hope that Congress will grant a waiver to Secretary-designate Austin, just as Congress did for Secretary Jim Mattis. Given the immense and urgent threats and challenges our nation faces, he should be confirmed swiftly."

U.S. Sen. Tim Kaine, D-Va., released a statement saying, "Regarding the legal barrier for this nomination, I intend to closely evaluate the implications for waiving the National Security Act requirement twice in just four years."

There are also an increasing number of voices among lawmakers and defense analysts who don't want another retired general running the Pentagon, viewing it as unhealthy for civilian-military relations. The Pentagon, they say, must be run by a civilian, and not a recently retired officer.