Accessibility links
Poll: Only Quarter Of Republicans Accept 2020 Election Results While 61% of Americans overall say they trust the results of the 2020 presidential election, Republicans appear to be taking their cue from President Trump in not accepting the result. 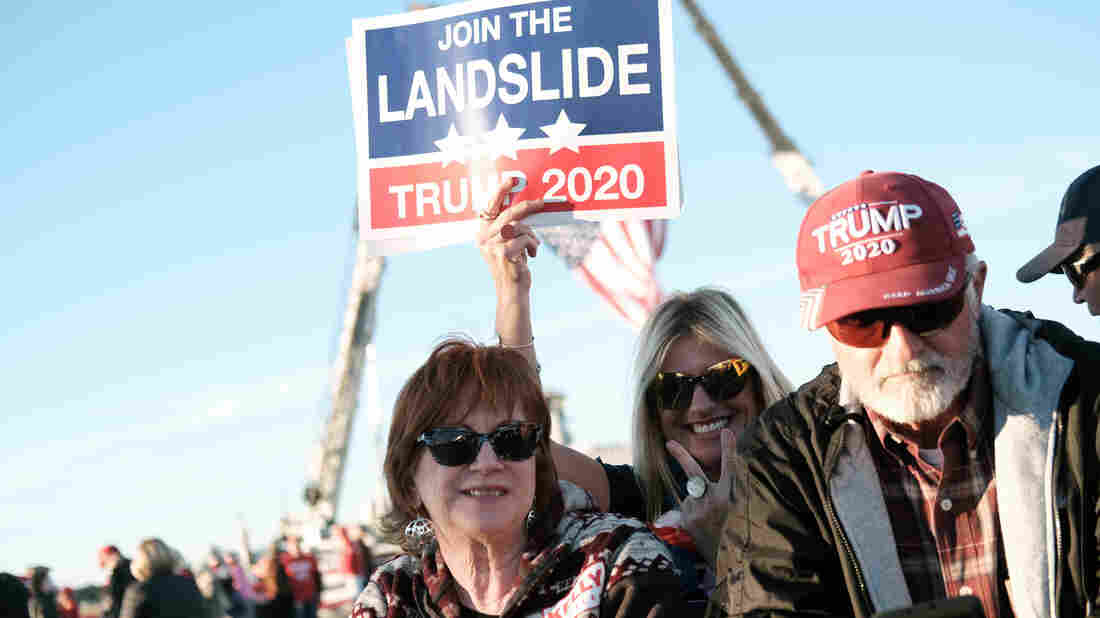 Supporters arrive for a President Trump rally in Valdosta, Ga., last weekend. Fewer than half of Trump backers said they would get the COVID-19 vaccine in a new poll. Spencer Platt/Getty Images hide caption 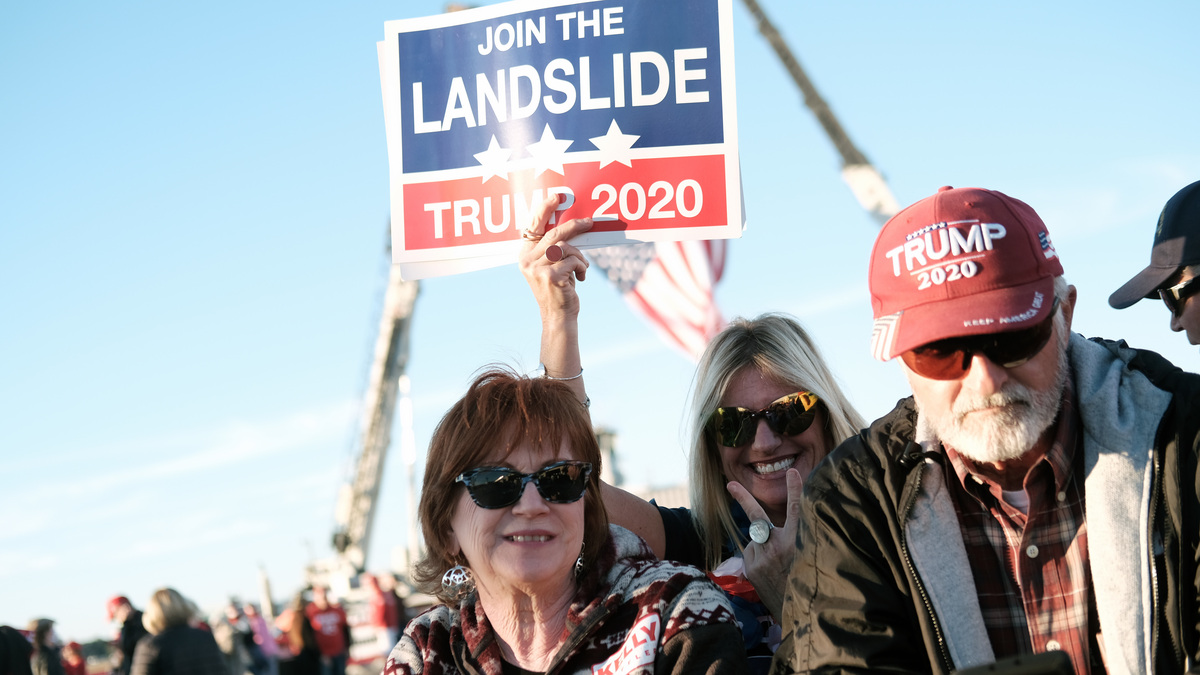 Supporters arrive for a President Trump rally in Valdosta, Ga., last weekend. Fewer than half of Trump backers said they would get the COVID-19 vaccine in a new poll.

A solid majority of Americans trust that the results of the 2020 presidential election are accurate, but only about a quarter of Republicans do, according to a new NPR/PBS NewsHour/Marist survey.

Sixty-one percent say they trust the results, including two-thirds of independents, but just 24% of Republican respondents say they accept the results.

Nonetheless, President-elect Joe Biden is set to take office Jan. 20, and the coronavirus pandemic will be a central focus. On that front, Americans largely have confidence in Biden's ability to handle the crisis, and the number saying they'll take a vaccine when it comes available has risen over the past few months. But skepticism about a vaccine is driven by Republicans, particularly Republican women.

More than a month after Biden won the election and was declared president-elect, President Trump continues to baselessly allege widespread voter fraud and falsely claim the outcome is not yet known.

Unlike past presidents, Trump has refused to formally concede. That's something that two-thirds of Americans think he should do, according to the survey. Sixty-two percent of Republicans, however, don't think he should.

While he may not be acknowledging his loss publicly, behind the scenes, Trump has been discussing the possibility of running again in 2024, sources tell NPR.

A strong majority of Americans — 60% — don't want him to run again, but two-thirds of Republicans do. That effectively freezes the potential 2024 Republican primary field.

As far as Biden goes, most Americans (56%) so far approve of how he's handling himself during the transition. That's more than the 49% that approved of the job Trump was doing during the 2016 transition.

"There's not going to be a honeymoon from olden politics days, but there does appear to be some room with people willing to give [Biden] a chance," said Lee Miringoff, director of the Marist Institute for Public Opinion, which conducted the poll.

The impact of the coronavirus

One of the measures of Biden's presidency will be how he handles the coronavirus crisis. Americans appear to have confidence in the president-elect's ability to handle the pandemic — 62% said they were either confident or very confident.

But in his first year specifically, Biden is going to be judged on how vaccines are distributed and whether they are administered. Sixty-one percent of Americans now say they will take a vaccine when one comes available, up from just 49% in September.

The movement, though, comes mostly from increases with Democrats and independents.

Also among the most reluctant to get the vaccine: Trump supporters (only 47% said they would), people who live in rural areas (51%), people without college degrees (53%), white evangelical Christians (54%) and non-whites (58%).

New Data Reveal Which Hospitals Are Dangerously Full. Is Yours?

By a 51%-to-31% margin, those younger than 45 have been hurt financially — by them or someone in their household losing a job or income — compared with those who older.

With that, the message to Washington in this survey is: Do more.

Two-thirds said the U.S. government hasn't done enough financially to help Americans. While Congress has passed multiple relief packages since the virus first struck, Democrats and Republicans have been in a stalemate for more due to disputes over cost, business liability, and funding for states and localities to shore up their budgets.

Congressional Leaders Remain At An Impasse On COVID-19 Relief

Americans themselves are trying to mitigate risk of catching the disease. More than 8 in 10 have changed their behavior by wearing masks, washing their hands more often, avoiding large gatherings and cutting back on where they go.

Traveling for the holidays was viewed as particularly risky, as the Centers for Disease Control and Prevention has advised — with 51% saying it is a major risk and another 28% saying it is at least a minor one.

Some three-quarters or more said they think there's at least some risk in eating inside at restaurants (81%), going in-person family gatherings (81%), having schools hold in-person classes (76%) and attending church (73%). But a plurality of Americans said those things only represent minor risks.