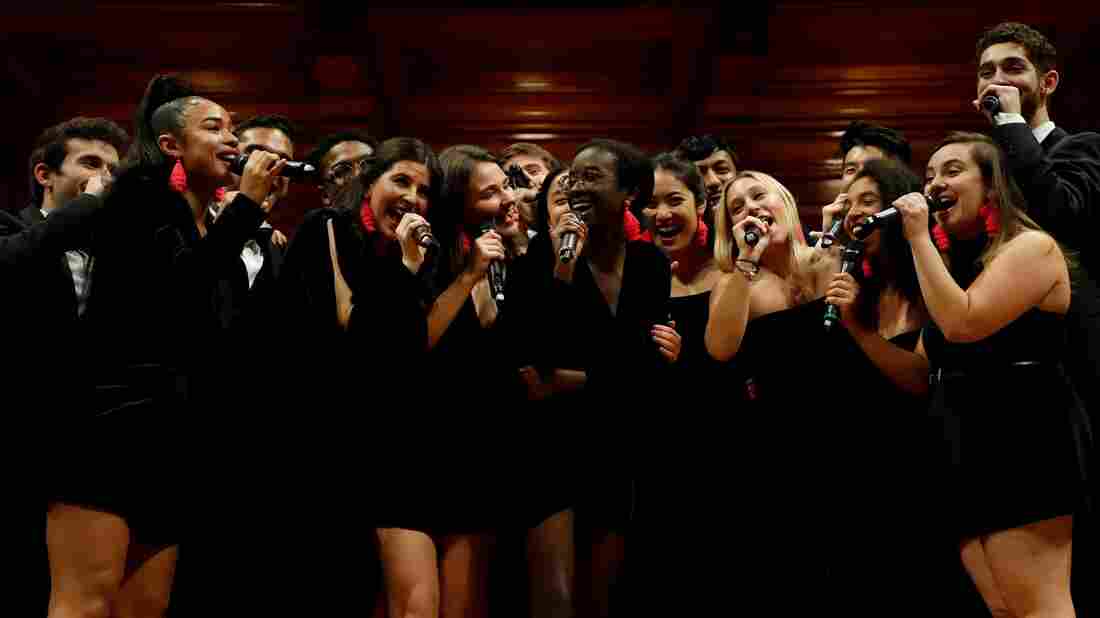 The Harvard Opportunes is one of the four groups to advance to the final stages of UpStaged National Collegiate Performing Arts A Cappella Championship. Dylan Zhou /Twins Talent Casting hide caption 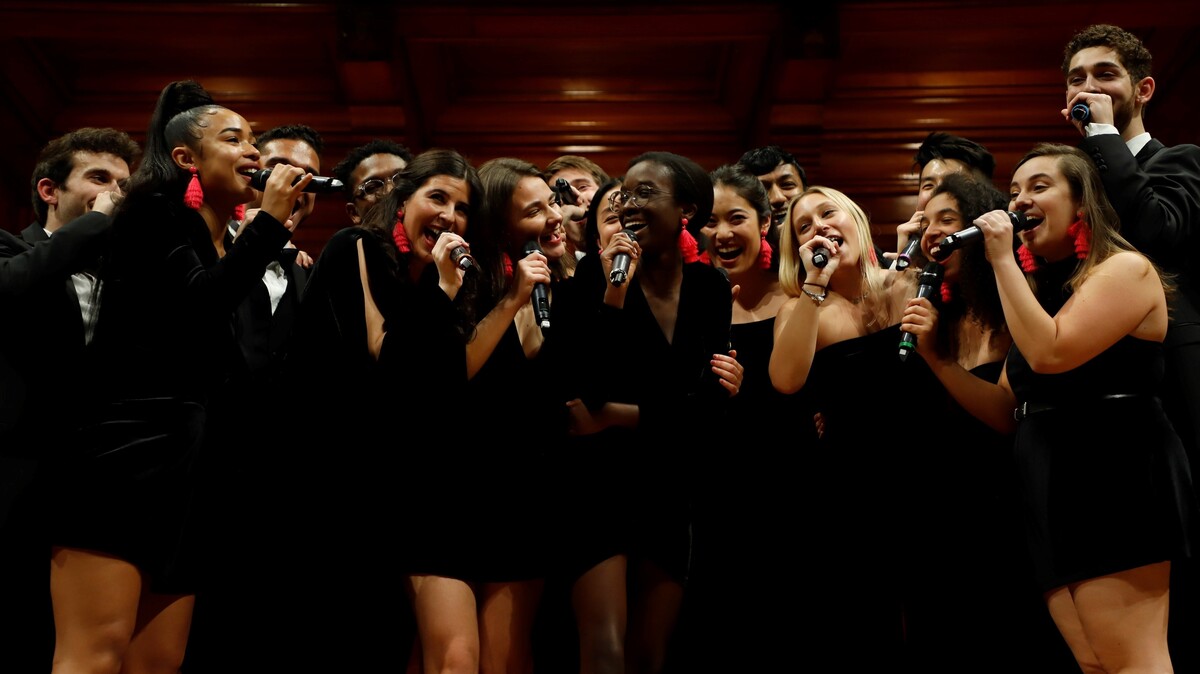 The Harvard Opportunes is one of the four groups to advance to the final stages of UpStaged National Collegiate Performing Arts A Cappella Championship.

The competition might lack the drama, stage fright and screaming fans of a live singing competition, but hundreds of collegiate a cappella groups from across the country submitted their best videos for the UpStaged National Collegiate Performing Arts A Cappella Championship.

Organizers announce the final four teams heading into a championship round Wednesday:

An audience that topped 150,000 people voted these groups into the Final Four, the competition's organizers say.

Annette Philip, one of the judges during the earlier rounds, says she was "overwhelmed and really just feeling so much joy" over the four finalists. Philip is a member of the Berklee College of Music faculty and a longtime a cappella singer with the group Women of the World. "The four final entries really spoke to the amazing diversity and the richness of a cappella music that is today," she says.

Some of the vocal groups submitted videos that were made before the pandemic. UpStaged judge Christopher Diaz says he was thrilled to see other groups take on the challenge of making videos during lockdown. Even though it didn't reach the Final Four, one of his favorites was the Doox of Yale arrangement of the Nick Jonas song "Levels," which was made on a Zoom call. "They have all these flashing boxes with really kind of creative things happening in each of the boxes," Diaz says excitedly. "And it made me feel like, 'Wow, this is on Zoom, but this is the kind of Zoom call I'd like to be on.' "

The UpStaged competition was as much about video producing and editing skills as it was about singing. Brigham Young's video was shot in the spring of 2019 on the Salt Flats in Utah with the singers surrounded by gorgeous mountains.

BYU senior Carson Trautman says the group has tried to find ways to rehearse during the pandemic. For a while they did it in the school's football stadium.

"So we were like 20 feet apart," he says. Using in-ear monitors, he says they could hear themselves and one another when they sang into the mic. "But then it started getting really cold," he laughs.

The Harvard Opportunes are not singing together at all right now. "It's really sad. I miss it so much," says singer and junior Ben Dreier.

He also misses competing in person. While the group is very proud to be in the final four of UpStaged, he says the video competition didn't produce "the same butterflies" as performing in-person does. But he notes "You can't have that right now." During this pandemic, "we've been grateful to have any amount of competition," he says.

A cappella groups that make it to the final rounds win cash prizes for charities of their choosing.