Accessibility links
Arizona Man Sentenced For Role In Neo-Nazi Plot Targeting Journalists Johnny Roman Garza, 21, pleaded guilty in September to conspiring with three other members of a group called the Atomwaffen Division to identify and threaten journalists and activists. 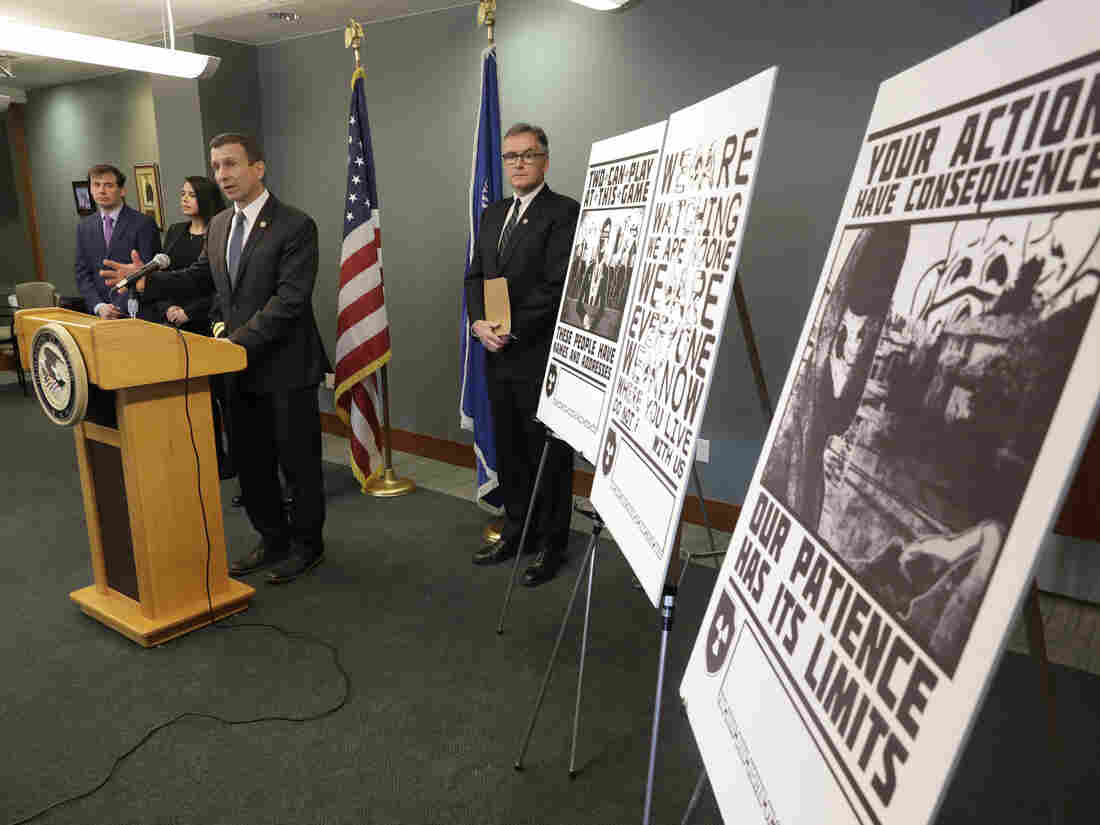 Raymond Duda, FBI Special Agent in Charge in Seattle, speaks in February about charges against a group of alleged members of the neo-Nazi group Atomwaffen Division for cyber-stalking and mailing threatening communications, including the posters at right, in a campaign against journalists in several cities. Ted S. Warren/AP hide caption 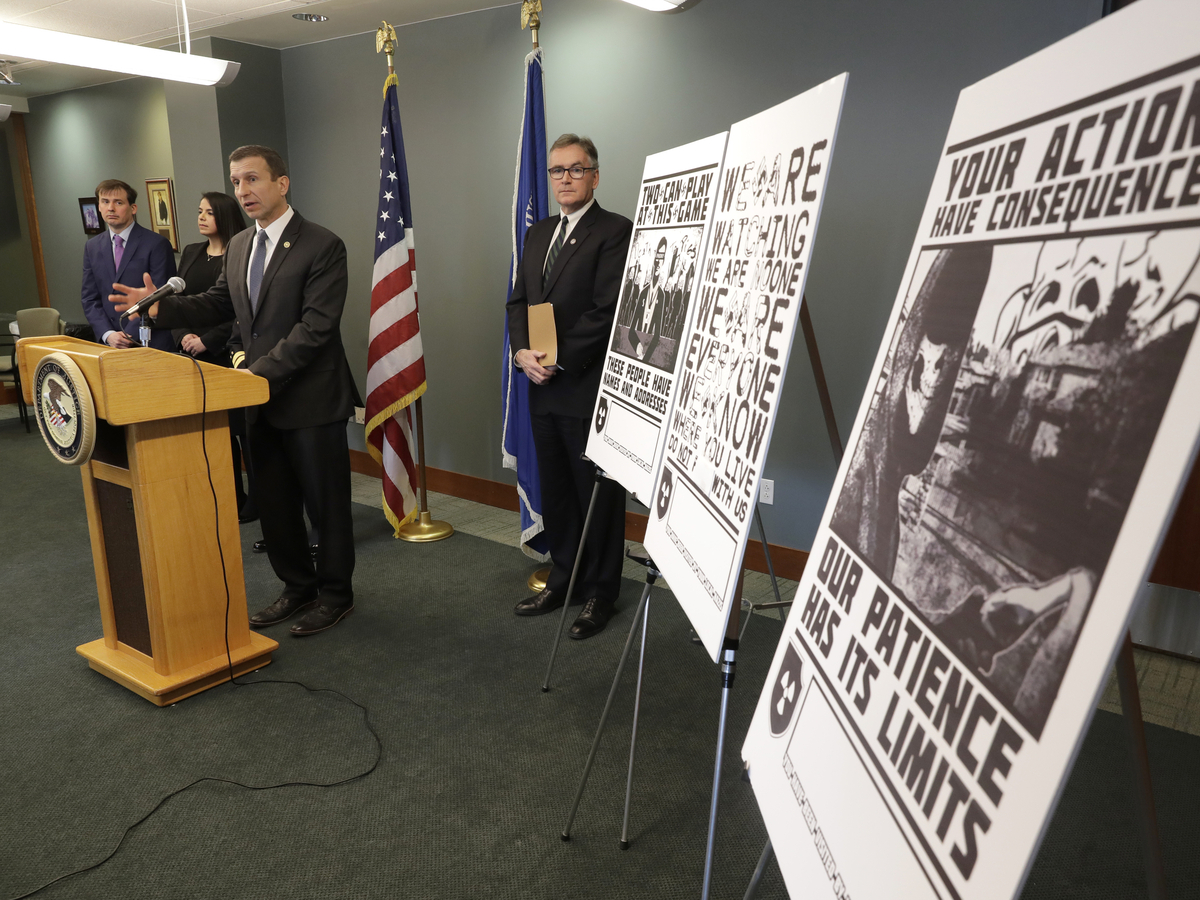 Raymond Duda, FBI Special Agent in Charge in Seattle, speaks in February about charges against a group of alleged members of the neo-Nazi group Atomwaffen Division for cyber-stalking and mailing threatening communications, including the posters at right, in a campaign against journalists in several cities.

Johnny Roman Garza, 21, has been sentenced to 16 months in prison for his role in a Neo-Nazi group's plot to threaten and intimidate journalists.

Garza, who is from near Phoenix, admitted in September to conspiring with three other members of the Neo-Nazi group the Atomwaffen Division to identify journalists and others whose work exposed anti-Semitism.

On Jan. 25 in Phoenix, Garza placed a poster on the bedroom window of an editor at local Jewish magazine – a poster that depicted a figure in a skull mask holding a Molotov cocktail in front of a burning home, along with the warning "You have been visited by your local Nazis." He also stopped at the apartment complex where a member of the Arizona Association of Black Journalists lived, but reportedly could not find a place to put the poster.

"While this defendant did not hatch this disturbing plot, he enthusiastically embraced it, researching addresses for journalists and those who oppose hate in our communities," said Brian Moran, U.S. Attorney for the Western District of Washington, said in a statement. "Ultimately in the dark of night he delivered a hateful, threatening poster — spreading fear and anxiety. Such conduct has no place in our community."

A Pack Of Wolves

Garza pleaded guilty to one count of conspiracy to mail threatening communications, to commit cyberstalking and to interfere with a federally protected activity. The Associated Press reports that Garza expressed remorse before his sentencing, which was about half the length recommended by prosecutors.

Garza said he was "in a time of darkness and isolation" that made it easier for "rebellious and resentful" influences to take hold of his life, according to the Associated Press. "Very unfortunately, I fell in with the worst crowd you can probably fall in with, a very self-destructive crowd at the least."

The judge said he believes Garza is remorseful and took his youth and "turbulent childhood" into account in the sentencing, the AP reports.

Three others were charged in the plot. Trials for Cameron Brandon Shea, of Redmond, Wash., and Kaleb Cole, of Montgomery, Texas, are set to begin in March. Taylor Ashley Parker-Dipeppe, of Spring Hill, Fla., pleaded guilty to related charges and will be sentenced in February.

Prosecutors say Cole and Shea created the posters and delivered them electronically to others.

Young men linked to Atomwaffen have been connected to murders in three states.

The U.S. District Court judge in this case, Judge John Coughenour, said it has been troubling to see officials at "the highest levels of our government" refer to journalists as "enemies of the people," the AP reports.

"Referring to journalism and the press and media as 'fake news' enables people who are vulnerable to suggestions like this, very young people ... that this kind of conduct is appropriate," Coughenour said.