Accessibility links
Reporter Maggie Haberman Unpacks Trump's Refusal To Admit He Lost "[Trump] can't handle the concept of the label 'loser,' " Haberman says. "He has never before encountered a problem that he couldn't sue away through the court system or spin away." 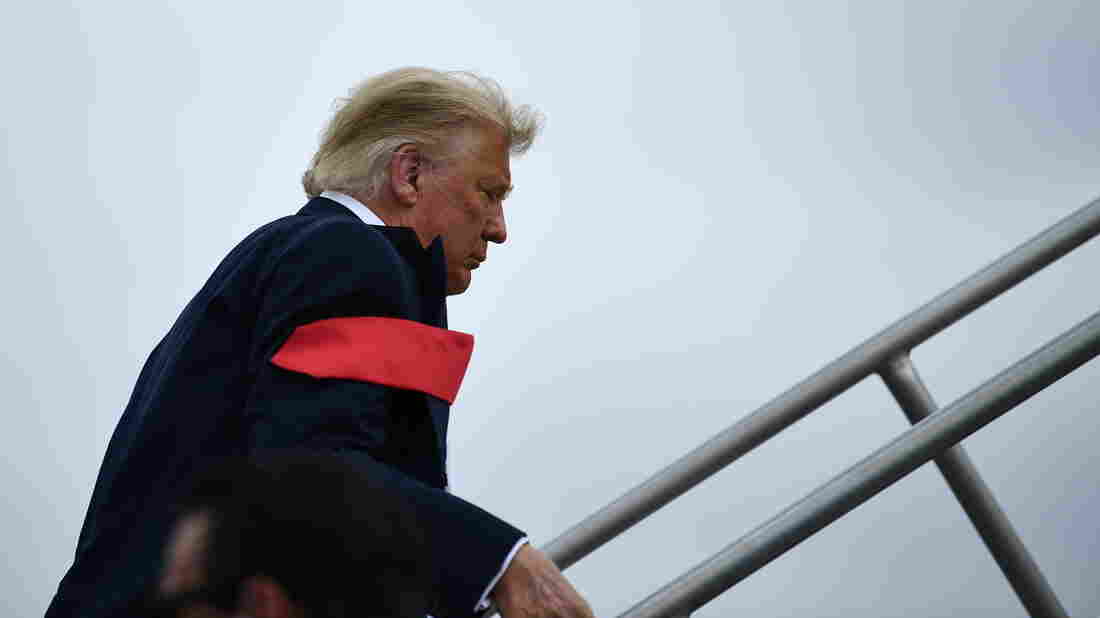 President Trump, shown here in Miami on Nov. 2, is driven by a quest for power, White House correspondent Maggie Haberman says. "Almost everything about Donald Trump for 50 years at this point has been about power and dominance," she says. Brendan Smialowski/AFP via Getty Images hide caption 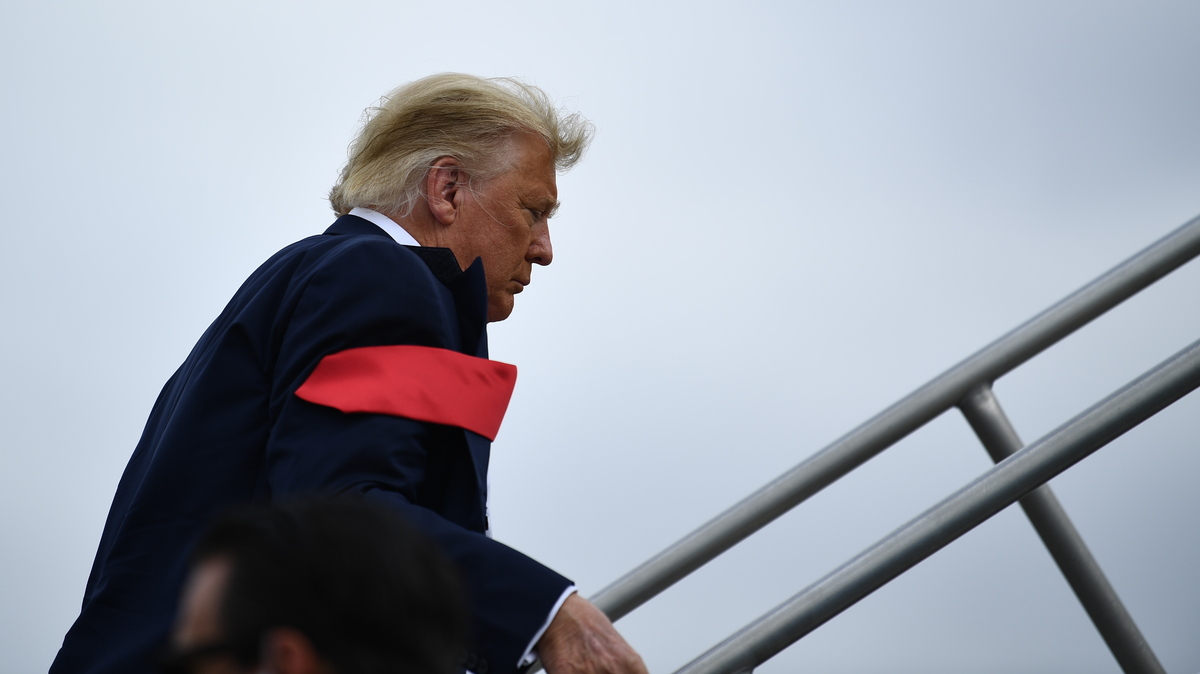 President Trump, shown here in Miami on Nov. 2, is driven by a quest for power, White House correspondent Maggie Haberman says. "Almost everything about Donald Trump for 50 years at this point has been about power and dominance," she says.

With only a few weeks until President-elect Joe Biden's inauguration, President Trump still won't admit defeat. White House correspondent Maggie Haberman, who has reported on Trump over the past 20 years, sheds light on his refusal to concede.

"[Trump] can't handle the concept of the label 'loser,' " Haberman says. "He has never before encountered a problem that he couldn't sue away through the court system or spin away. ... This is just an objective fact that he can't do anything about. It is roiling him."

Haberman has covered Trump for The New York Times for more than four years. Before then, she wrote about him for the New York Post, New York Daily News and Politico. She describes the president as a "self-destructive" individual who tends to crave most what he does not — or cannot — have.

Still, Haberman thinks it's unlikely that Trump will have to be forcibly removed from office: "There has been this ongoing fear that he's going to somehow barricade himself in the White House," she says. "I've never thought that's reality and I still don't."

Haberman says while it's a privilege to cover the White House, reporting on an administration that seeds so much disinformation and often attacks journalists has been frustrating and exhausting.

"I feel like I got off one of those centrifugal force rides at the amusement park that pushes you against the wall because it's spinning so fast," she says. "I think this presidency has had a disorienting effect on a lot of people — in Washington, outside of Washington, across the country."

It's still not clear what lies next for Trump, but Haberman's next project is decided: She'll be covering politics for The Times and working on a book about Trump. Also, she's turning off Twitter notifications for Trump's account.

What the president plans on using this money for is a big open question. He can certainly use some of it for his political action committee. There's a breakdown if you donate and it's clear that a large percentage of the donation initially goes to this leadership PAC he's formed, and then the rest goes to this campaign legal fight. Presumably he can use some of the money for his own legal fees if he faces ongoing legal battles, which many people think he will, over his own conduct and over questions around his children's behavior going forward.

But it does put him in an unusual and formidable category where he's going to have a lot of money and he's refusing to let go of his clenched fist on the Republican Party. It's going to make him probably the most influential after-the-fact president that I can think of. I mean, the closest that would come is in the last 25 years would be Bill Clinton, and it took him a couple of years until he started really getting back into the political arena. George W. Bush left the stage very quickly. President [Barack] Obama was photographed very happily smiling and I think it was parasailing in the days right after he left the White House. That's not what you're going to see Donald Trump do. He's not just going to quietly exit.

On Trump's lasting influence on the Republican Party

He likes having power. Almost everything about Donald Trump for 50 years at this point has been about power and dominance.

The second biggest vote-getter in history was Donald Trump. The first was Joe Biden. That's a substantial number to head off into the sunset with. This president has made clear over time that he loved hearing about how his endorsements impacted Republican primaries. I believe he wants to continue throwing his influence around in Republican primaries, and you're going to see early tests of that in 2022. He has this massive data list of supporters, this email list that he can blast out appeals to.

He likes having power. Almost everything about Donald Trump for 50 years at this point has been about power and dominance. ... He knows that he has a group of millions of people. And is it the full 74 million who voted on the Republican line? Probably not, but it is a substantial segment of that group that will go with him. And so if he sets out when he leaves office and not just tries to be influential, but indicates he's running for president again, which he has told many, many people he's going to do, that is essentially going to freeze the Republican field, because it's going to be very hard for other candidates to say they will be the person to carry on Donald Trump's legacy if Donald Trump is standing on the field still.

He doesn't like being told he can't have something. One of the things that I say about how he views advisers and people close to him is that he never wants someone more than when their back is turned to him, because he wants to see if he can win them over. And he has trouble being told that the sale is over. You can't do it anymore. And I think that he is constantly fighting for things that he has cost himself. He's very, very self-destructive. I mean, that should be pretty obvious, but he has gotten away with being self-destructive and facing few costs for it for so long. It's very hard for him to hear that now, that that's a problem for him, if that makes any sense. ...

On the difficulty and frustration of reporting on the White House

The frustrations are enormous. I remember in 2015 after I had some really elaborate fight with his folks and with him about a story, it was, again, just one of these areas where it was just a bad fact set for him, and he responded by trying to torch me. I remember saying to a Republican strategist a few days later that never before had we covered somebody where I'll be sitting on a chair and they'll point to the chair and say, "That's a table," and insist on it, insist on it and insist on it. And it was just a fundamentally asymmetrical experience.

Look, it's very frustrating. I think it's going to take a few months after this presidency to get my head around some of it. It's frustrating because we are just writing facts, and he takes them and twists them, or lies, or preemptively says everything is fake news. It's very, very hard to do our job in that climate. It has been very hard to get a baseline of just accurate fact sets from this White House. And it has been harder still that there are millions of people who don't believe things because he says they're not true.

In meetings he would say to people, "Get that thing off." And he would use an expletive to emphasize his point. With reporters he has said, "Can you take that thing off? It's really hard to hear you."

I was on Air Force One several months ago, I think it was during the summer, and he was not masked. We were all masked. He came to the back of the plane to talk to us. And I had several back and forths with him. Again, he was unmasked. This is before he got sick. We learned later that somebody we were on the plane with got sick. That was just another reminder of sort of the lax culture there. It has just never been something that he has favored ever, because he thinks it looks weak and he doesn't like the way things look on people's faces. ...

I think if you look at it through the lens of everything is how it impacts him. He convinced himself he was safe because he was getting tested. And he was not getting tested every day despite the fact that the White House led us to believe that. ... He was living in this unreality bubble where he was safe because he was the president and because people who came in contact with him were tested — and that just obviously was not foolproof.

On Trump frequently being alone in the White House, without the first family

My understanding has always been that he would not eat dinner with [Melania and Barron] every night, but there were some nights a week that they would eat dinner together. I think she is the one who spends the most time with their son. ... I think he's a lonely human being. And it goes back to those inconsistencies that I talked about. Even when surrounded by a lot of people, he can make himself alone. So I think a constant theme of this presidency has been his loneliness.

On following Trump after he leaves office 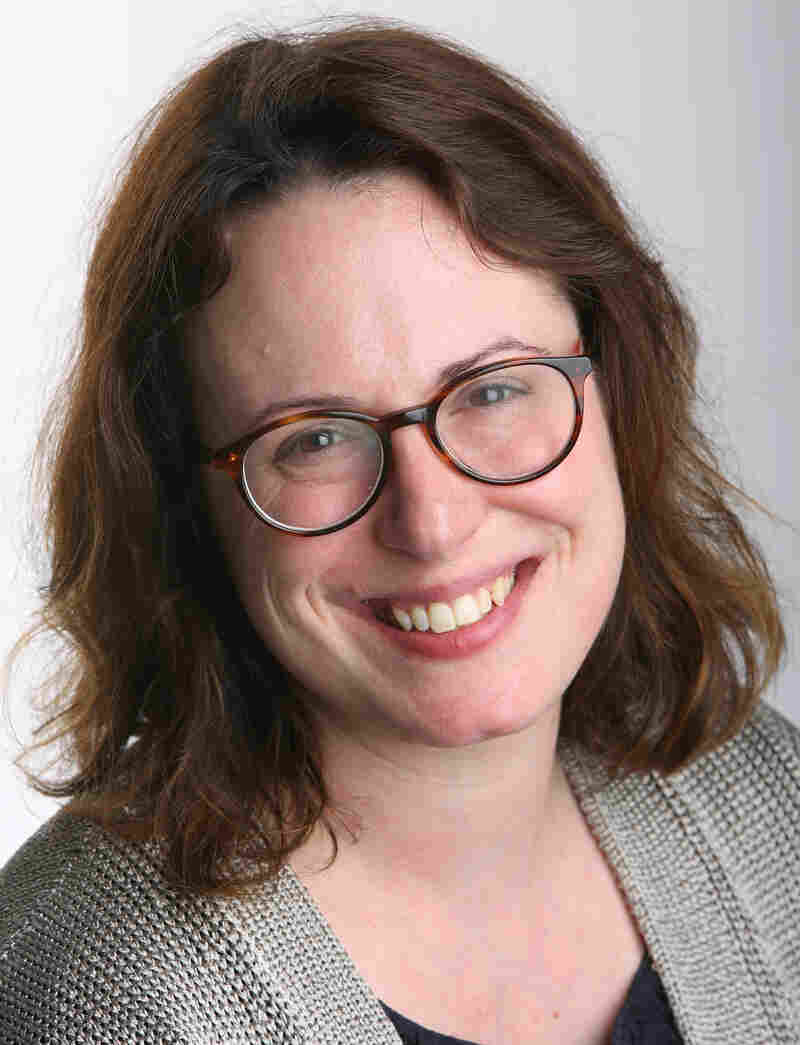 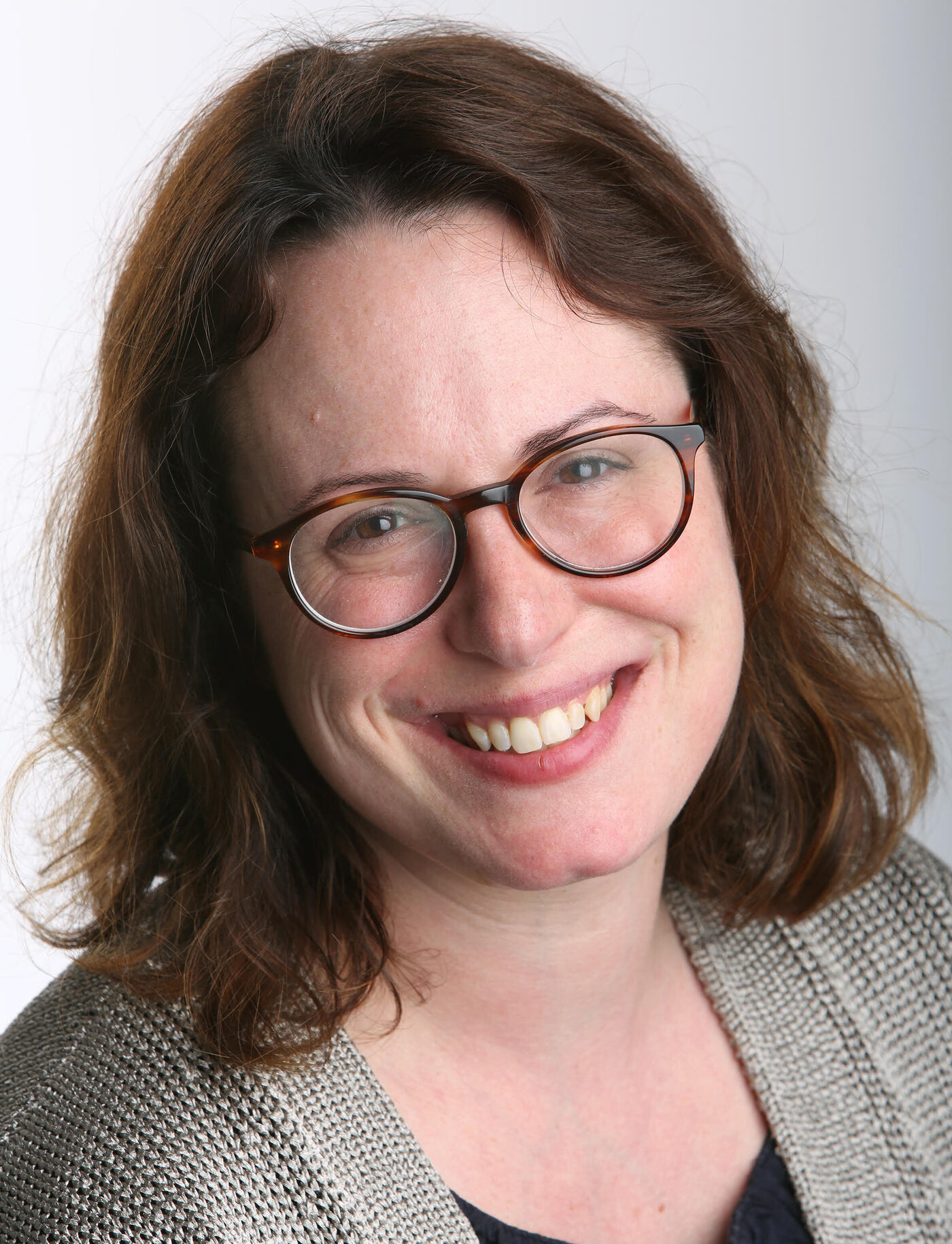 Haberman began covering the Trump campaign for The New York Times in 2015. "I have not had a lot of sleep in the last four years," she says.

I'm probably going to pay more attention to him than a lot of reporters, certainly the White House reporters. I'm not going to be covering the White House specifically anymore, so there's that. I am going to be covering the Republican Party and the Democratic Party, I anticipate anyway, and he is clearly a big part of that. I don't know that I'm going to keep Twitter notifications on. In fact, I don't plan to for him because they can be constant. And in the last couple of months, they've gotten more frenetic, more frequent. I will still be paying attention to him, but I do think the bar for news coverage changes significantly. ...

I think that if he does something that is objectively newsworthy, makes an endorsement in a primary, gives a speech depending on what he says and so forth, I think those are worthy of coverage. He's still a former president, right? I mean, I think that that is and there are still 74 million people who voted for him. But "Donald Trump tweets," just on its own, to me, that's not a story.

Amy Salit and Seth Kelley produced and edited the audio of this interview. Bridget Bentz, Molly Seavy-Nesper and Dana Farrington adapted it for the Web.