Accessibility links
Casey Goodson Jr.'s Family Calls For Murder Charges Against Sheriff's Deputy Goodson, 23, was shot and killed nearly a week ago. Law enforcement authorities say he was seen earlier driving with a gun but have not offered further details of the shooting. 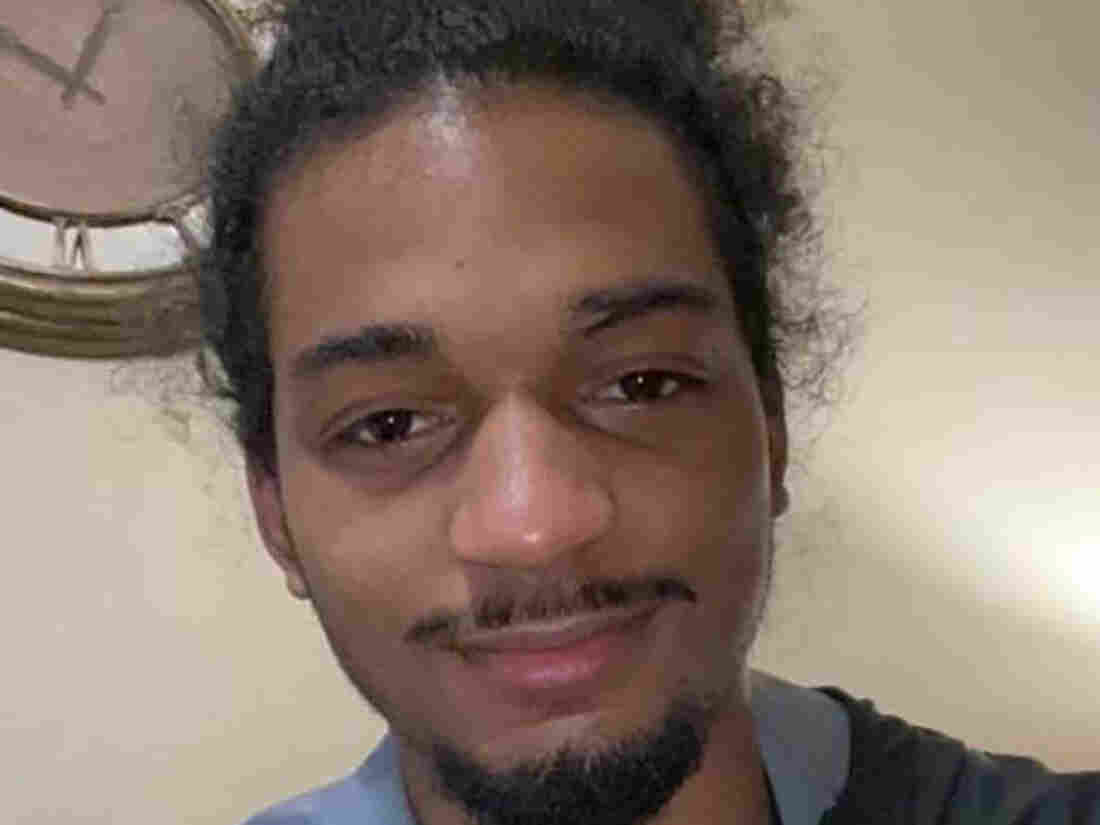 Casey Goodson Jr. in an undated photo. The fatal shooting of Goodson, 23, by a Franklin County, Ohio, sheriff's deputy is under local and federal investigation. Family Photo/Courtesy of Sean Walton via AP hide caption 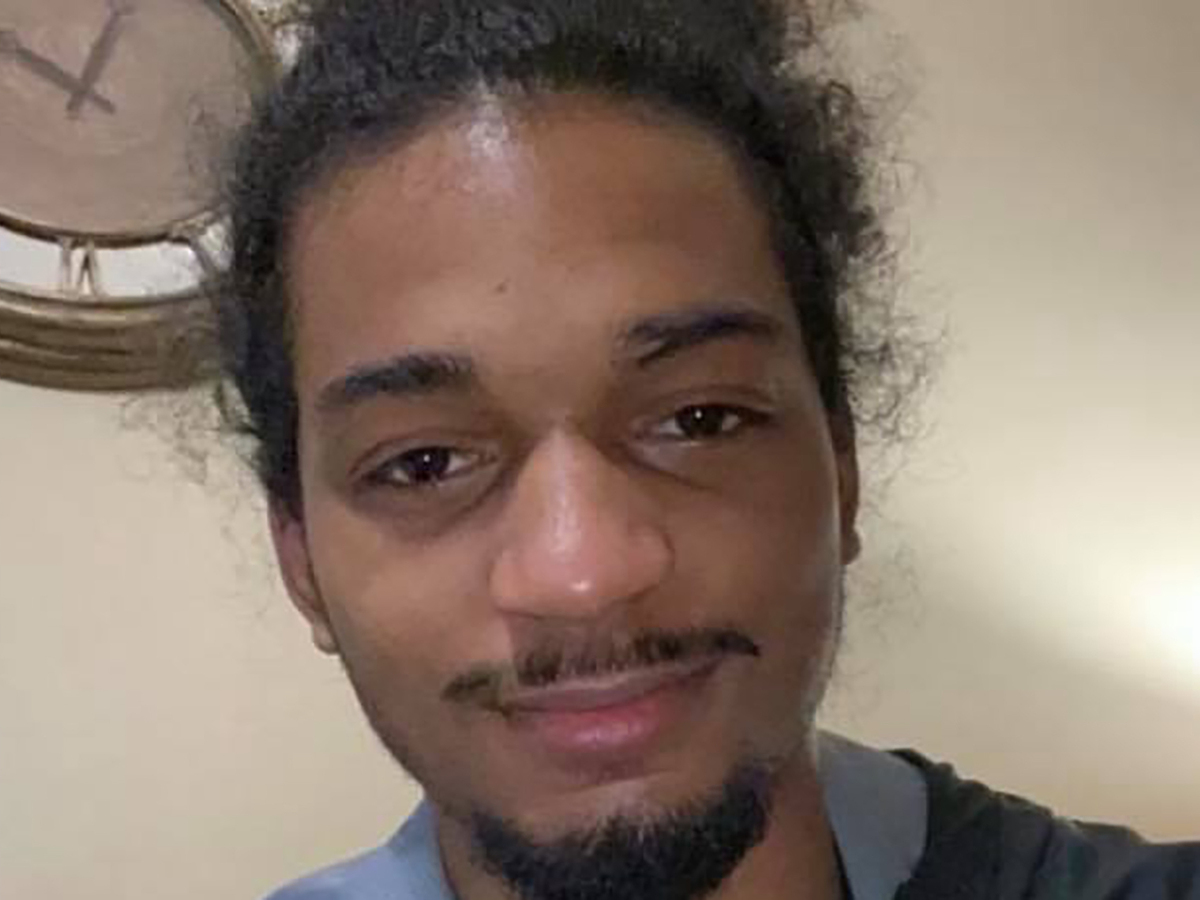 Casey Goodson Jr. in an undated photo. The fatal shooting of Goodson, 23, by a Franklin County, Ohio, sheriff's deputy is under local and federal investigation.

A lawyer for Franklin County, Ohio, Sheriff's Deputy Jason Meade says Casey Goodson Jr. pointed a gun at the deputy during the encounter preceding Goodson's killing nearly a week ago.

The statement released Thursday marks the first public comment providing Meade's perspective on Goodson's death, which is the subject of both federal and local investigations.

"Mr. Goodson pointed his gun at Deputy Meade," according to lawyer Mark Collins. "There has been confirmation that our client gave verbal commands for Mr. Goodson to drop the gun."

It is unclear how that confirmation was obtained as authorities say no eyewitnesses to Friday's shooting have come forward and the deputy was not wearing a body camera. NPR member station WOSU requested clarification from the law firm.

Collins' statement came soon after Goodson's mother and her attorneys held a press conference calling for Meade, a 17-year veteran of the force, to be removed from duty, arrested and charged with murder.

"He was just a Black man coming home from a dentist's appointment," Tamala Payne, Goodson's mother, said of her son at a Thursday news conference with attorneys. "He didn't do anything. And he was killed and murdered, coldbloodedly, in a violent manner."

"Casey is not a suspect in any way shape or form," said Sean Walton, an attorney for the family. "Casey is someone who was killed on his kitchen floor simply because he is a Black man and his skin was weaponized."

Walton said that Meade also pointed his gun at Goodson's uncle, who was holding his 3-year-old daughter, and told him to "get out of this house before I shoot you, too."

Payne said that a deputy at the scene called her a "b****" and that officers refused to provide basic information about her son's condition after the shooting.

Franklin County Sheriff Dallas Baldwin released a statement after the press conference, saying he will order an immediate internal review of whether his officers used inappropriate language.

"I am aware there was a large, multi-agency response to the scene, but if one of my deputies used such language at the scene of any tragedy, it would be unacceptable and unbecoming of a law enforcement officer," Baldwin said. "No grieving family deserves to be insulted."

Authorities said Meade was conducting a search as part of a U.S. Marshals Service fugitive task force when he encountered Goodson, 23, who was neither the suspect the task force was looking for nor the subject of any investigation.

Last week Peter Tobin, U.S. marshal for the Southern District of Ohio, said Goodson "was seen driving down the street waving a gun," though he did not say Goodson had the gun when he was shot. Nor did Columbus police.

"During an operation in the Northland area of Columbus, the deputy reported witnessing a man with a gun," Columbus police said in a statement. "The deputy pursued that man, and there are reports of a verbal exchange. The deputy fired at Mr. Casey Goodson, Jr., resulting in his death."

Members of Goodson's family allege he was shot in the back while entering his home, carrying a bag of sandwiches for his grandmother and brother. However, the preliminary autopsy does not indicate the directionality or number of the bullet wounds. Ortiz said a full autopsy will be released in 12 to 14 weeks and declined to comment further on the report.

Goodson's relatives said they plan to commission an independent autopsy as well.

On Tuesday, U.S. Attorney David DeVillers announced the U.S. Department of Justice would assess whether any civil rights laws were violated in Goodson's killing, saying he believed "a federal investigation is warranted."

A separate investigation is ongoing from the Columbus Division of Police, which will then turn over evidence to the Franklin County prosecuting attorney. A local grand jury will make the decision about whether to charge Meade in the killing — a standard process for local police-involved shootings.

"The federal government has a very large hurdle here in order to be able to prove that the investigation into this case can be unbiased and thorough and adequate," Gelsomino said. "Because from the start, we know that it was in fact biased."

Authorities said a gun was recovered from the scene, but family members who were home at the time said they did not see a gun in Goodson's hand or near his body after he was shot. Goodson did possess an up-to-date concealed carry license, and Walton said he had educated his family about gun safety and laws.

"As Black people in this country our skin cannot be weaponized," attorney Walton said. "We have a country where if someone wants to protest at the Statehouse they can carry assault rifles, if their skin is white."

Protests are planned Saturday at the Ohio Statehouse.