Accessibility links
Review: 'Wolfwalkers' Is A Stunning Visual Feast The story is simple, the themes surprisingly complex, and the hand-drawn animation is stunning in this stylish tale of a young girl yearning for freedom. 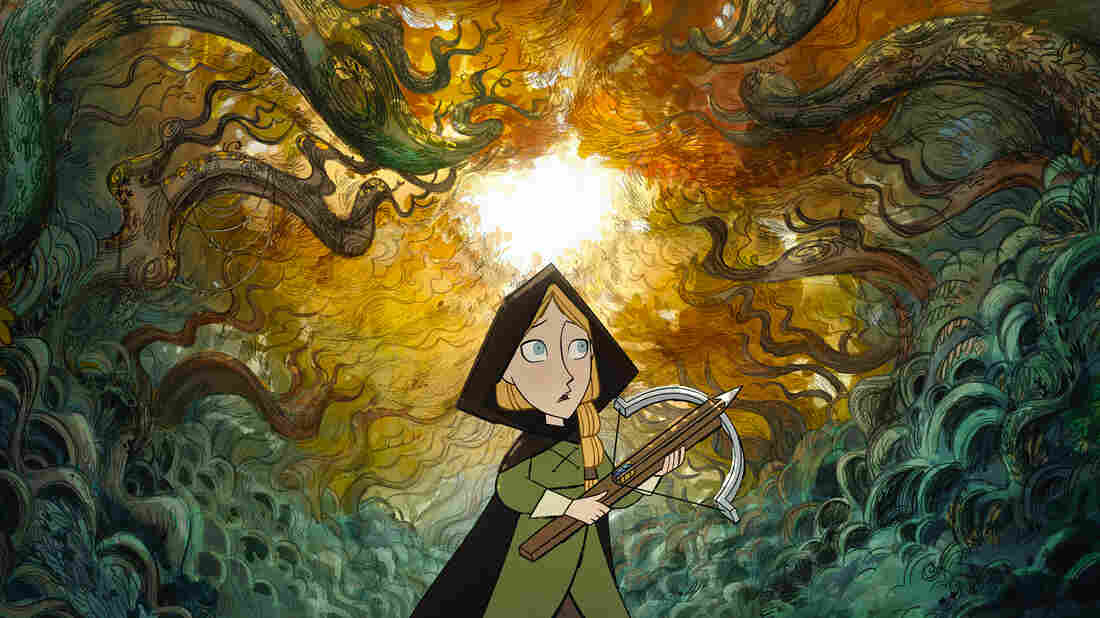 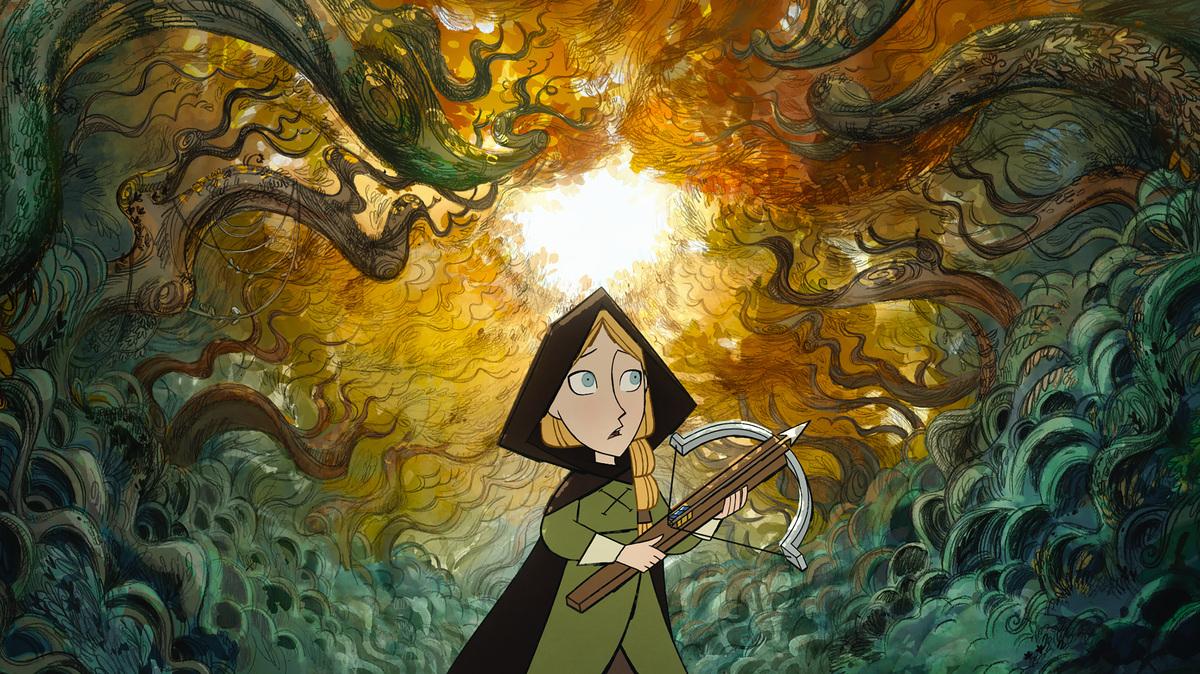 Robyn (voiced by Honor Kneafsey) heads into the woods in the animated film Wolfwalkers.

That sudden, self-lacerating epiphany comes near the end of the animated film Wolfwalkers, debuting on AppleTV+ on Friday.

It's not the kind of tidy object-lesson generally served up in movies made for kids, which tend to run more in the Believe in Yourself/Follow Your Passion/You are Special vein.

It's tough to imagine Jiminy Cricket, say, singing a little ditty summing up this film's comparatively thornier message that adults follow — and enforce — rules because they don't know what they're doing, and are frightened of the consequences.

But Wolfwalkers, from Cartoon Saloon, the production company behind 2009's The Secret of Kells and 2014's Song of the Sea, isn't made for kids. Or at least, not just for kids.

Because there are a lot of other thematic elements jostling for elbow room in this tale of young English girl Robyn (voiced by Honor Kneafsey) and her father (voiced by Sean Bean) trying to make a go of it in the pre-colonial Irish town of Kilkenny.

Layered over the anti-authoritarian theme is an ecological one: The town is growing, and Robyn's father has been hired by the Lord Protector Oliver Cromwell (voiced by Simon McBurney) to clear the wolves out of the rapidly vanishing forest nearby. There's a healthy dose of feminism in the mix, as well: Robyn only wants to help her father hunt, but her status as a young woman gets her consigned to menial scullery duties. You don't have to scratch the film's surface terribly hard to find a queer reading, either: Robyn and her father are desperately trying to blend in, but Robyn's need for freedom (and her drive to point out to her father that his white-knuckle grip on their assigned hierarchical roles is wrong) endangers them both.

That's a lot of topical balls to juggle, and I haven't even gotten to Robyn's friendship with the feral Mebh (voiced by Eva Whittaker), a young girl who lives in the woods. Mebh represents the freedom Robyn aches for — plus she can take the form of a wolf and telepathically command the pack she lives with, which is nice.

There's an endangered parent tossed into the mix as well, because it's an animated film, and that's the law.

The film succeeds by hanging all those disparate tones and motifs along a clean and direct narrative, which is to say: You and your kids will see every turn in the plot coming. But in an era when Disney/Pixar tend to overload their animated films with expositional dumps of lore that must first be internalized before you can follow the story, Wolfwalkers does its world-building through emotional voice-work, through lush, hand-drawn animation, and through visual style for days.

The movie takes very evident pride in its status as a film animated by hand. As a wolf lopes through the woods, the muscles along its flanks roil under its fur — but a closer look reveals that those muscles are delineated by the rough, sketchy lines of its preliminary drawing: The finished figure exists alongside the work it took to create it. Every frame is an tiny act of time-travel.

You won't need to be reminded of the effort involved, however, because the film has the quality of something painstakingly wrought, with an artisan's eye. The gray town of Kilkenny is stylistically rendered in the kind of flat, two-dimensional perspective seen in the art of the era the film is set in. Forest scenes, on the other hand, burst with a natural — a supernatural, technically — fullness. Vivid autumnal colors dazzle the eyes, waterfalls shimmer magically and animals move with swift, fluid grace.

Because of the film's densely packed themes, you can pick and choose which particular "message" you'll take away from Wolfwalkers. But whichever you pick, the feel of this hauntingly rich visual feast will stay with you much longer.