Accessibility links
Christopher Nolan: Warner Move To Stream New Movies On HBO Max 'A Great Danger' In an interview with NPR, the blockbuster director said the studio's decision to stream movies on HBO Max on the day of their release will hurt the people who work in the movie industry. 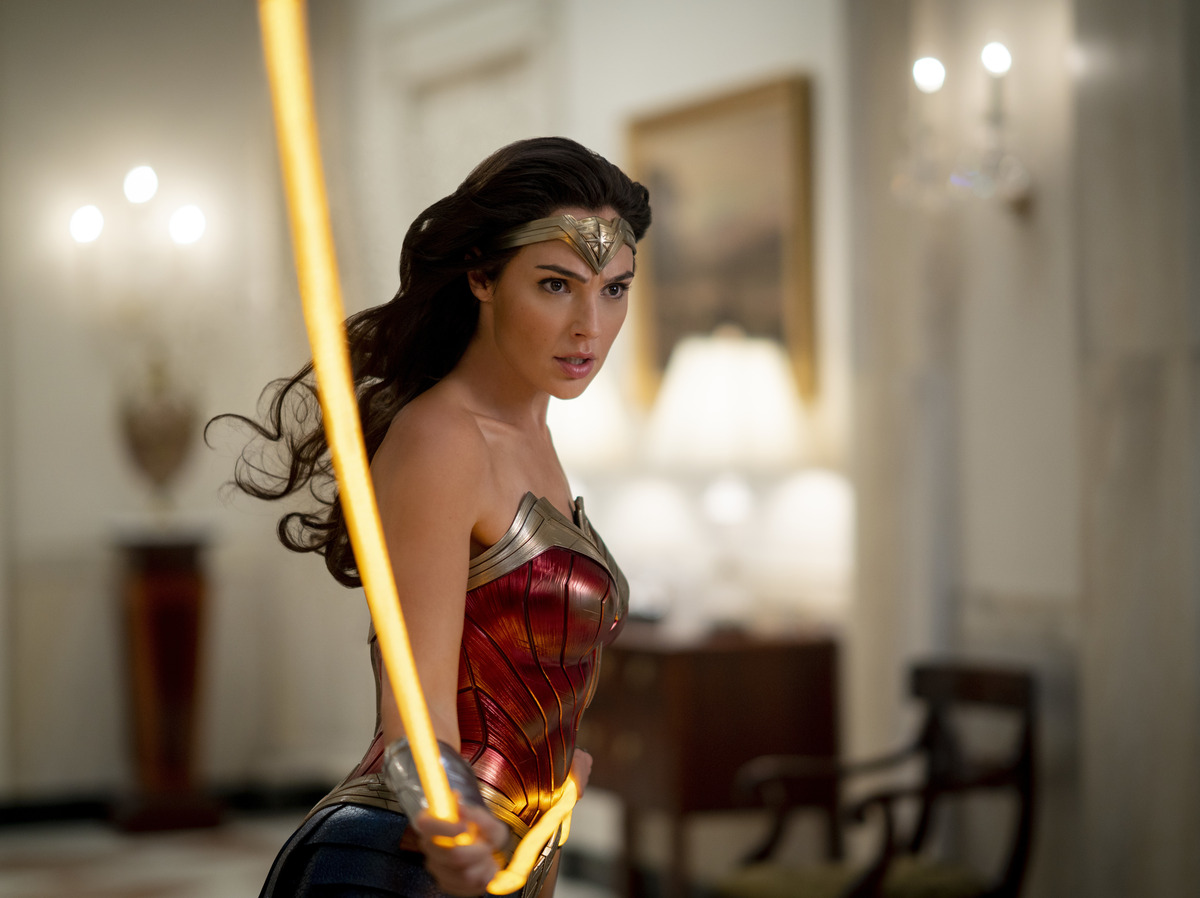 Wonder Woman 1984, starring Gal Gadot, will open in theaters and stream on HBO Max when it's released on Christmas Day.

The pandemic has made 2020 a crazy year for the movie industry. And Warner Bros. made a recent announcement that guarantees next year will be just as upside-down.

The company said that with many movie theaters operating at reduced capacity, all 17 of its films slated for release in 2021 will be available on the streaming platform HBO Max on the same day they're released. That includes the superhero flick Wonder Woman 1984, Lin Manuel Miranda's musical In The Heights and the sci-fi epic Dune.

"No one wants films back on the big screen more than we do," said Warner Bros. CEO Ann Sarnoff. "We know new content is the lifeblood of theatrical exhibition, but we have to balance this with the reality that most theaters in the U.S. will likely operate at reduced capacity throughout 2021."

Cameras Can Roll In Hollywood Again

Many people in the movie industry were furious.

In an essay in Variety, Dune director Denis Villeneuve wrote: "With this decision, AT&T [Warner Bros.' parent] has hijacked one of the most respectable and important studios in film history. There is absolutely no love for cinema, nor for the audience here."

Another vocal critic was director Christopher Nolan, whose blockbuster movies for Warner Bros. have made billions. In a blistering statement to The Hollywood Reporter, he called HBO Max "the worst streaming service."

In an interview with NPR, Nolan — whose films include The Dark Knight, Dunkirk and Tenet — called this shift in Hollywood "a sign of great danger" for the people who work in the movie industry.

Nolan was asked whether the move to streaming is really about the pandemic or something bigger — Netflix had more 2020 Oscar nominations than any other studio.

Warner Bros. To Stream All Its Films In 2021

"There is this idea that that's been sort of put forward a lot, that the pandemic is sort of accelerating a trend that was already happening," he said. "But 2019 was the biggest year ever for movies financially. That doesn't suit the narrative that the tech companies or the big corporations kind of want to put out there right now.

"But the reality is there was enormous success in 2019 and 2018 wasn't bad either. If you're asking where moviegoing is going, I think the long-term health of the movie business depends on people's desire to get together and experience a story together. And I don't see any signs that that's going anywhere anytime soon."

These have been edited for length and clarity.

Were you satisfied with how you learned about the Warner Bros. decision and what went into it?

The way in which the studio went about it was very unfortunate because they didn't include any of those filmmakers. And my film [Tenet] isn't caught up in this. I'm not a part of this. I have no skin in the game. But I look at those filmmakers for that slate and the production partners weren't even spoken to in advance.

But more than that, the economics of it are unsound unless you're purely looking at movements in share price, number of eyeballs on the new streaming service. Theatrical is really only one part of what we're talking about here. You're talking about your home video window, your secondary, tertiary windows. These are things very important to the economics of the business and to the people who work in the business.

'Tenet' Opens Internationally. Will Be Shown In Select U.S. Cities

That's why the unions have secured participations for people down the line. So when a movie is sold to a television station 20 years after it was made, a payment is made to the people who collaborated on that on that film. And these are important principles that when a company starts devaluing the individual assets by using them as leverage for a different business strategy without first figuring out how those new structures are going to have to work, it's a sign of great danger for the ordinary people who work in this industry.

It sounds like you are accusing Warner Bros. and its parent company, AT&T, of basically throwing these movies and everybody who worked on them overboard in order to boost HBO Max, the streaming service that wasn't doing very well. Is that what you're saying?

No, I'm not. And I'm not accusing anybody of anything. I'm looking at the statements they've made themselves and saying that what they see here is an opportunity to promote HBO Max using the slate of movies for next year. And there is a danger with that that needs to be addressed through appropriate negotiation with unions, with talent and all the rest.

There are enormous number of questions that come out of that about the economic structures that allow working people in Hollywood to maintain their lives and raise their families and have health care and all the rest. And I'm saying these are all things that haven't yet been thought through and they need to be.

The Pandemic Bounceback Abroad: Concerts And Movies In Other Countries

The point I'm trying to make is not about, you know, anybody's intention or why this should be happening or what people are trying to achieve. My point is when you think of the film business, you need to think of working people as well as highly paid, high-profile people. On the theatrical side as well, it's very important that everybody remember that the exhibition business provides hundreds of thousands of jobs for ordinary people.

And my work has only ever got out there in the world because of the hard work of people working in those businesses. And so, you know, they need to be taken into account as we're looking at how our work is shown and where it's shown and how the business moves forward.

The audio story was produced and edited by Fatma Tanis and Courtney Dorning. Avie Schneider adapted it for the Web.