Accessibility links
Ella Augusta Johnson Dinkins, Champion Of Zora Neale Hurston's Hometown, Dies At 102 Dinkins, who knew the writer, was a longtime resident of Eatonville, Fla., which was founded by freed slaves in 1887. She helped start the Zora Neale Hurston Festival of the Arts and Humanities. 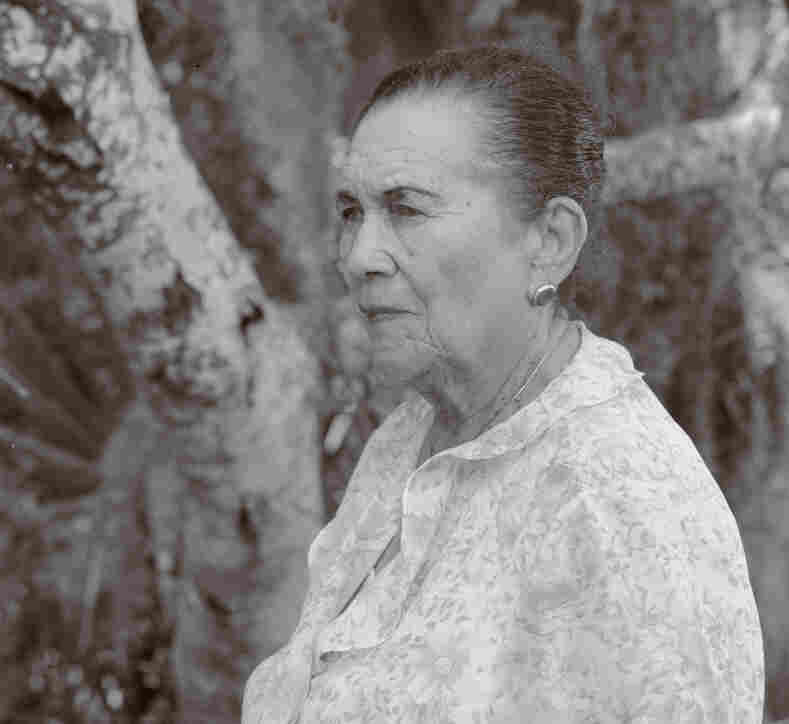 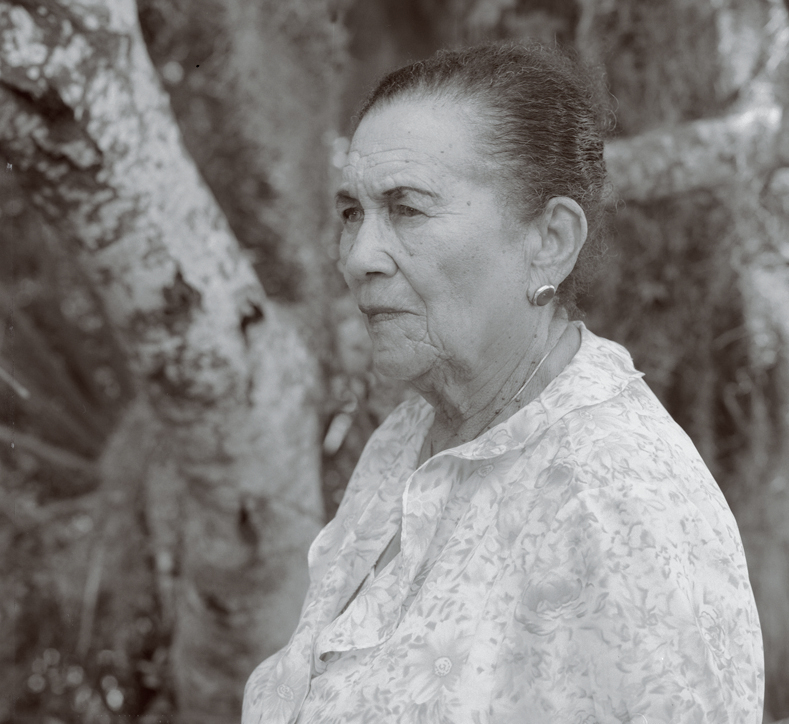 Ella Augusta Johnson Dinkins, posing in a garden, one of her favorite places.

Ella Augusta Johnson Dinkins was the oldest resident of Eatonville, Fla., one of the oldest Black incorporated towns. She died last month at home in her sleep or, as town residents put it, "on her own terms." She was 102.

Dinkins was a fiery elder who loved God, gardening, and a good town committee meeting. She also knew the Harlem Renaissance writer Zora Neale Hurston and helped initiate the festival that has brought more than a million people to the area since its start in 1990.

She would tell you in a second that the town barely had a light, and that Hurston, its most famous resident, was telling the truth when she described Eatonville as "a city of five lakes, three croquet courts, 300 brown skins, 300 good swimmers, plenty of guavas, two schools, and no jailhouse." 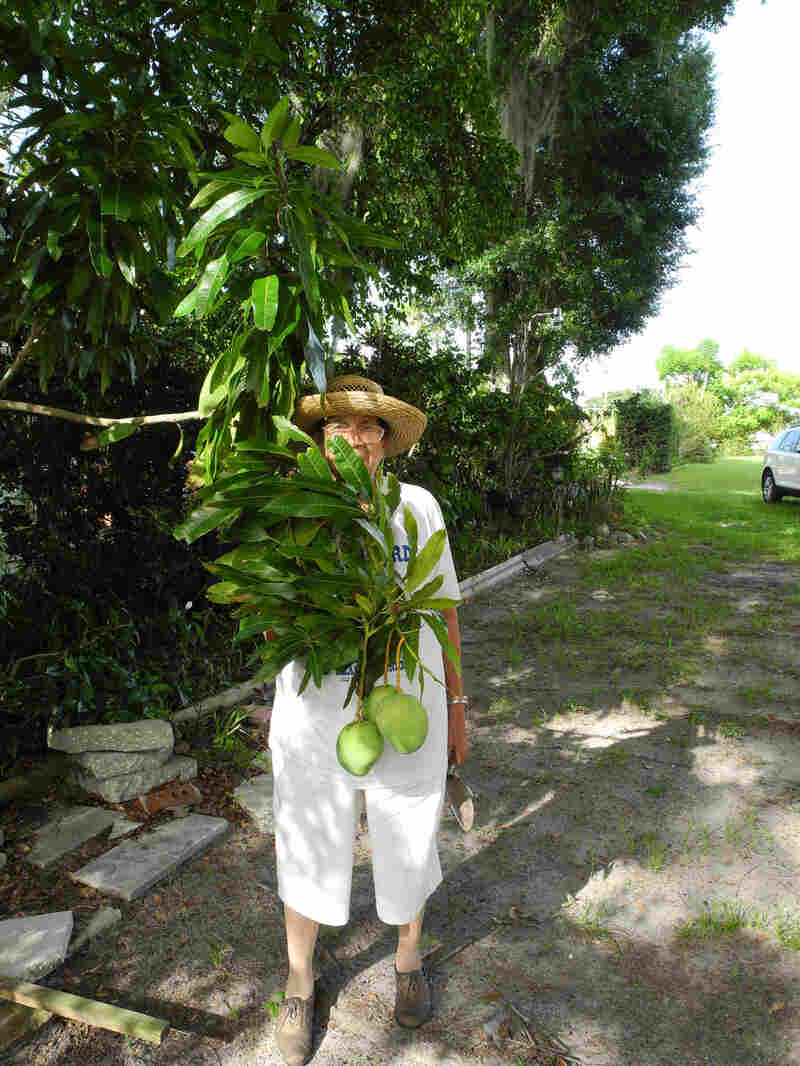 Ella Augusta Johnson Dinkins, in her 80s, standing behind a mango tree in her yard in Eatonville, Fla. Everett L. Fly hide caption 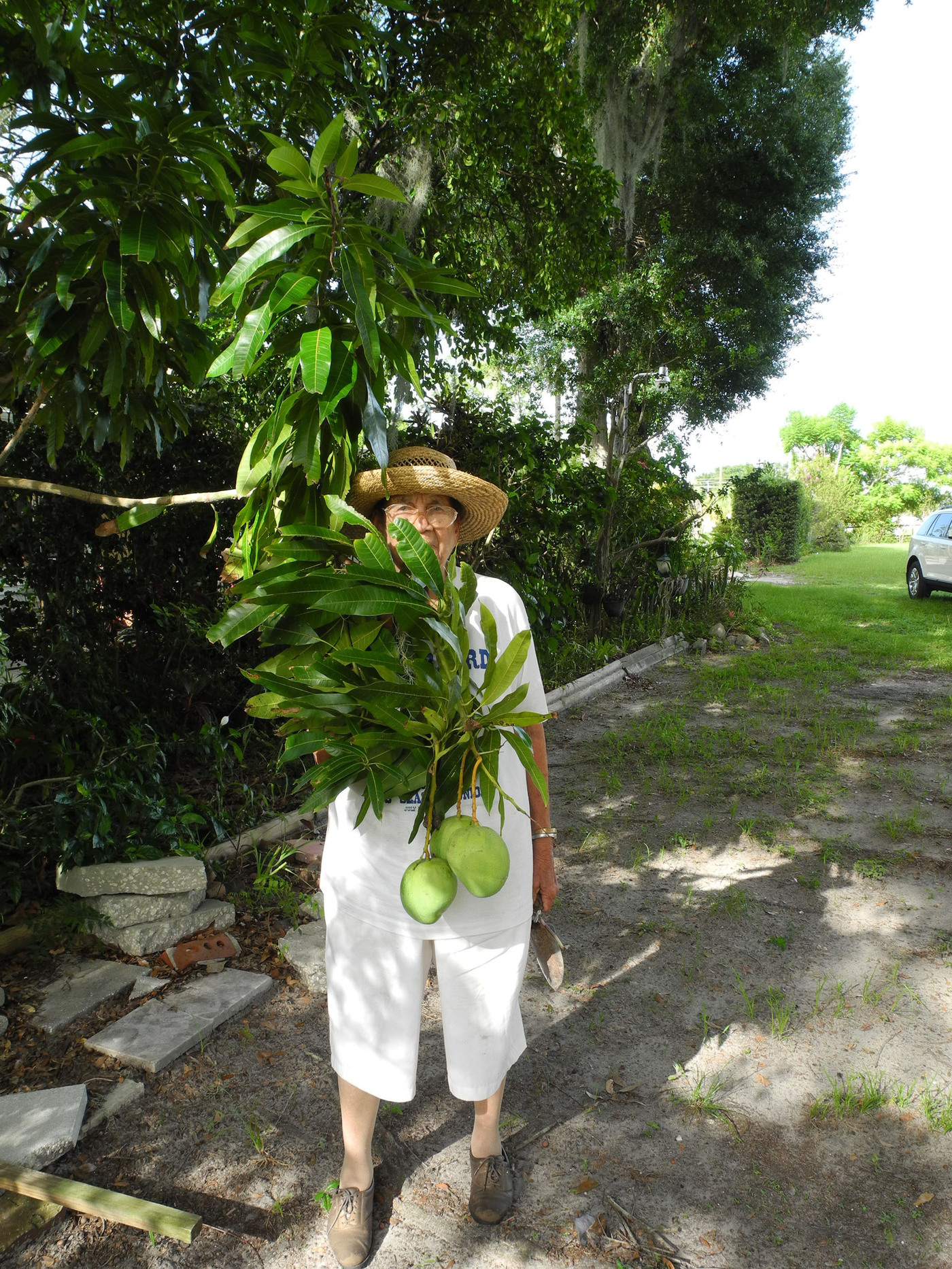 Ella Augusta Johnson Dinkins, in her 80s, standing behind a mango tree in her yard in Eatonville, Fla.

"She wasn't one of these people that put on. She wasn't a put-on person," Dinkins said of Hurston.

The renowned author was born in Notasulga, Ala., in 1891 and moved with her family to Eatonville about a year later. In her novel Mules and Men, published in 1935, Hurston recounted the trials and triumphs of life in the town, referring to Dinkins as one of the "pretty Johnson girls."

And, as Dinkins recalled in a 2002 C-SPAN interview, everyone knew each other in Eatonville.

"We didn't have any roads out here at all," she said. "Everything was pathways and trails."

"She wanted them to be the best that they could be"

Dinkins herself was born in Orlando in 1918, but arrived in Eatonville in 1930. Her father, an architect, relocated his family to the small Black town after losing everything in the Great Depression. The bedroom community, founded by freed slaves in 1887, represented a chance for the Dinkins and others to begin anew.

Dinkins' father helped build the town's first elementary school. Her mother, who was a student of W.E.B Du Bois, was a town matriarch. They were symbols of Black excellence and autonomy, and Dinkins carried that torch.

She sold penny insurance policies to Black families when white companies would not. She raised money to buy the first incubators for Black babies in the segregated hospital. All 80 years that Dinkins could participate in an election, she did. 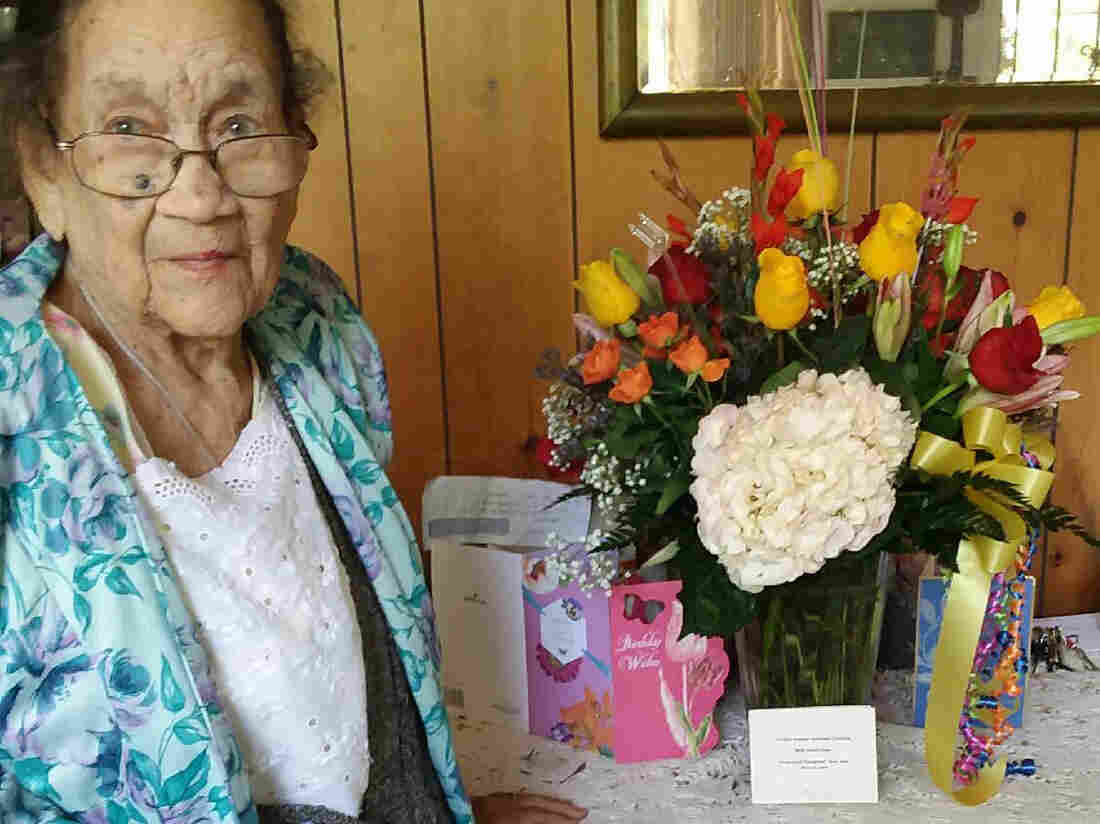 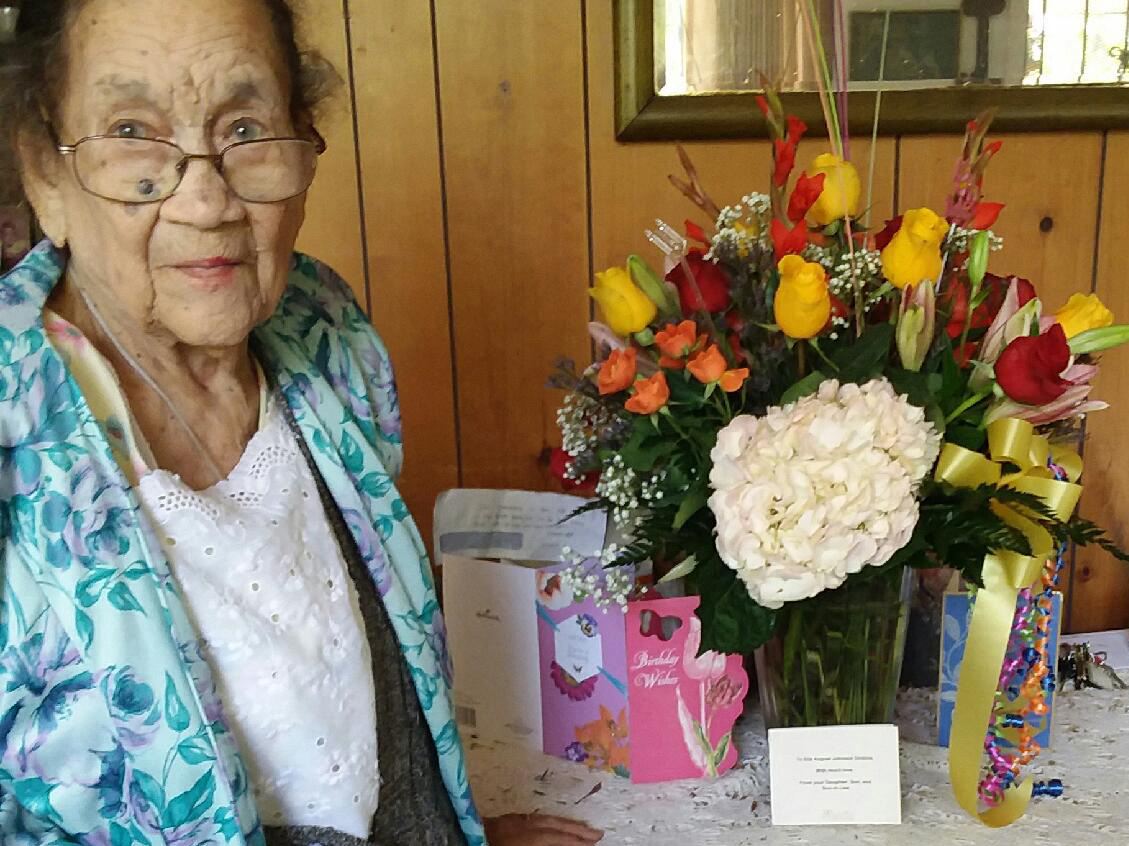 Ella Augusta Johnson Dinkins, posing on her 102nd birthday, at her home in Eatonville, Fla.

"Ella Augusta Johnson Dinkins was an extraordinary woman, but in the context of her time, we see that she was emblematic of Black women," says N.Y. Nathiri, one of Dinkins' three children, two of whom are still alive.

The Zora Neale Hurston Festival of the Arts and Humanities was one of Dinkins' biggest contributions to Eatonville.

"What we have done over the past 30 years is really build the story of cultural heritage tourism," Nathiri says. "See, it was my mother who really helped to bring this to my attention."

Dinkins spent her final years advocating for the inclusion of historic Black towns and settlements in state, national, and international conversations about cultural preservation. She traveled to conferences on her own dime, serving as an informal town ambassador and welcoming delegations from other regions, including continental Africa.

Dinkins' wake on Dec. 3 — she died on Nov. 29 — drew people from across central Florida. They shared stories with a common thread:

"That she expected a high standard of everyone with whom she worked because she wanted them to be the best that they could be," Nathiri says. 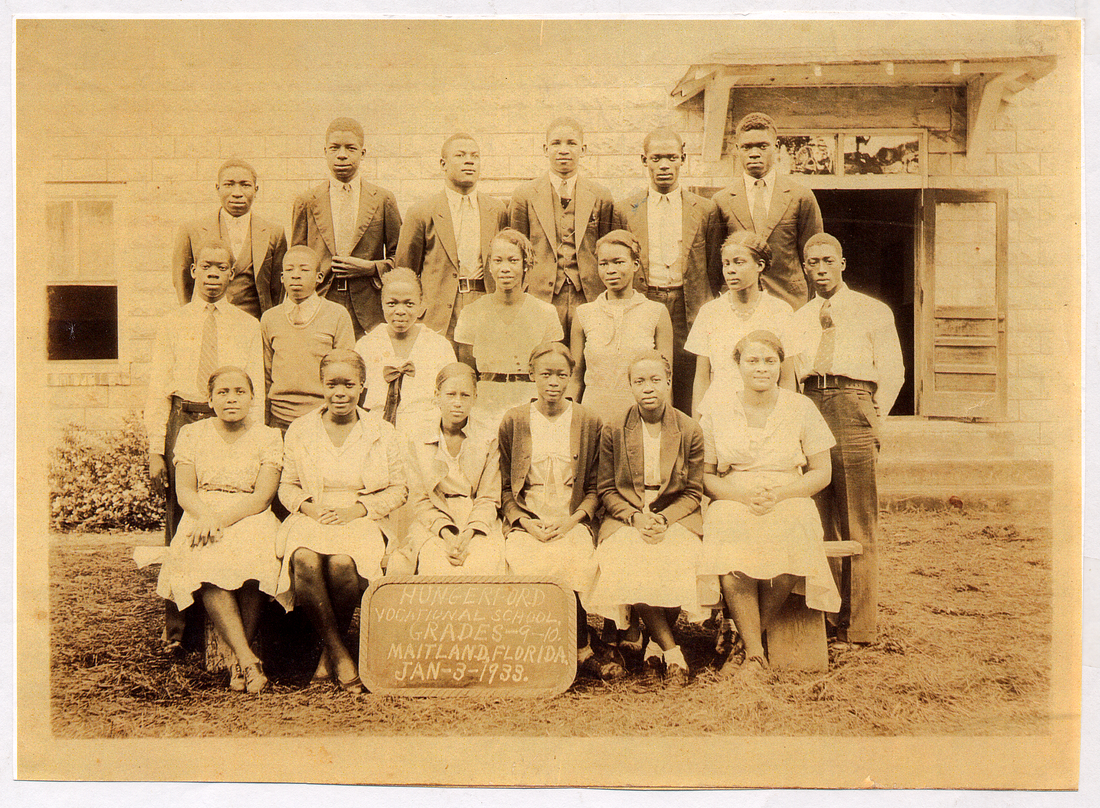 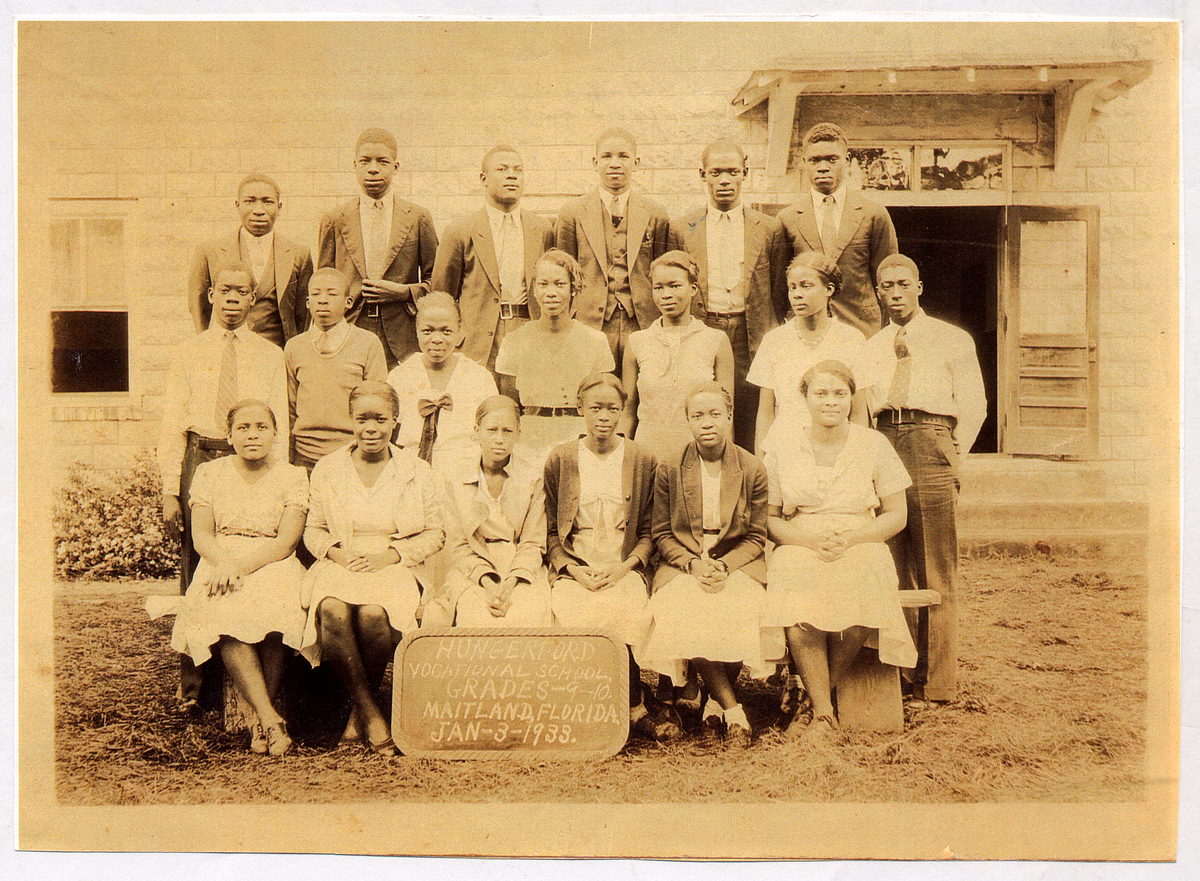 "Find people who will help invest in what we want."

Being the best it can be has been a challenge for Eatonville for some time now. The town has been recovering from a slow exodus of residents over the past 50 years. Today, it is slightly larger than one square mile. Its main street boasts a library, a few churches and a small museum devoted to Zora Neale Hurston. The town has welcomed new businesses, including an art gallery and a few food spots, but Eatonville doesn't have basic amenities such as a grocery store, a fire department or even a hospital.

"You can drive through Eatonville and miss what it is," says Jenn Ross, chef and owner of a vegan restaurant called DaJen Eats. Ross opened her restaurant there two years ago and it brings in a diverse clientele, mostly not Black.

"I don't know that Eatonville has fully materialized the excellence of what it is," she says. "My hope is that we'll move more in that direction."

Foreign investors are buying land in the town. A global data firm called HostDime plans to build its headquarters in the town. The firm bought the land in 2016 and says it expects to open its facility in 2022. Eatonville Mayor Eddie Cole flipped through the blueprint in his office one evening.

"Here it is," he said, pointing to a large structure on the paper, "$30 million. They're about to build that in Eatonville."

It's unclear how much tax money the town will receive from the development, although the firm has promised free wifi to residents. Cole says this opportunity could lead to others.

"There's something deeper than black and white," he says. "It's called green, and so when we want things sometimes, maybe we need to go find people who will help invest in what we want."

Dinkins' daughter Nathiri warns that foreign development could jeopardize the town's legacy. She runs the Association to Preserve the Eatonville Community, which formed in 1987. The organization spent 20 years working to keep Orange County from building a five-lane highway through Eatonville. Nathiri wants to see more projects that showcase Eatonville's heritage. She says now is the time for people to wake up to all that the town has lost over the years. 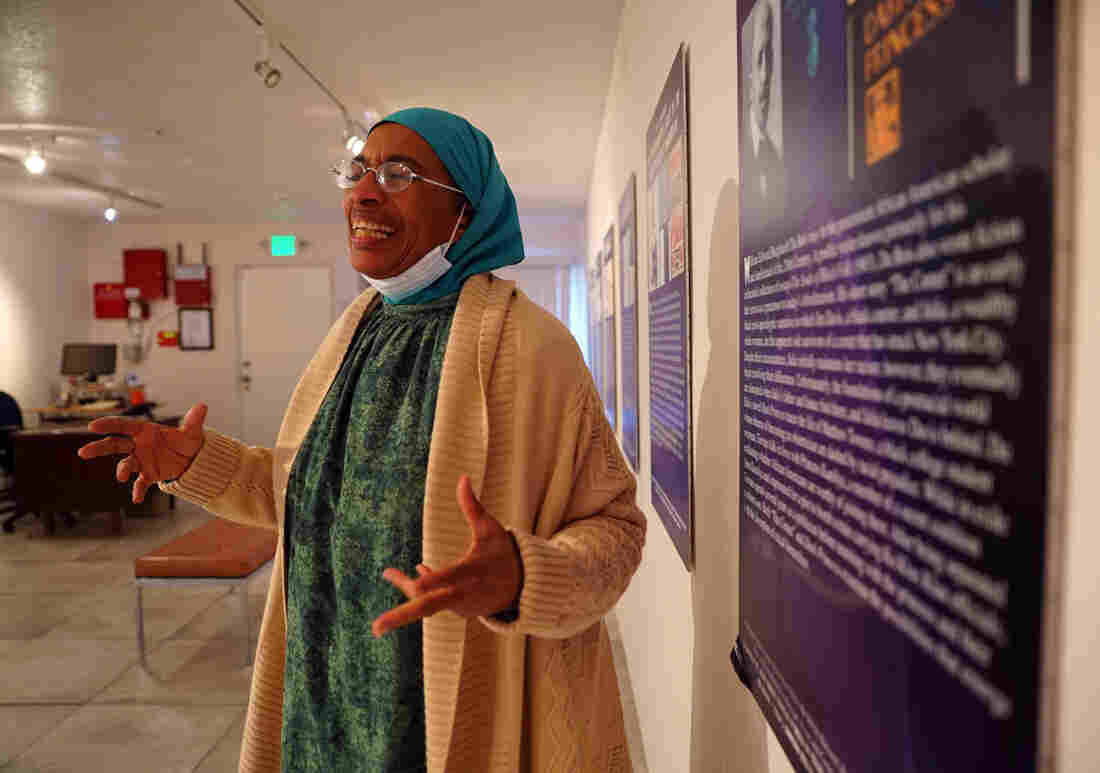 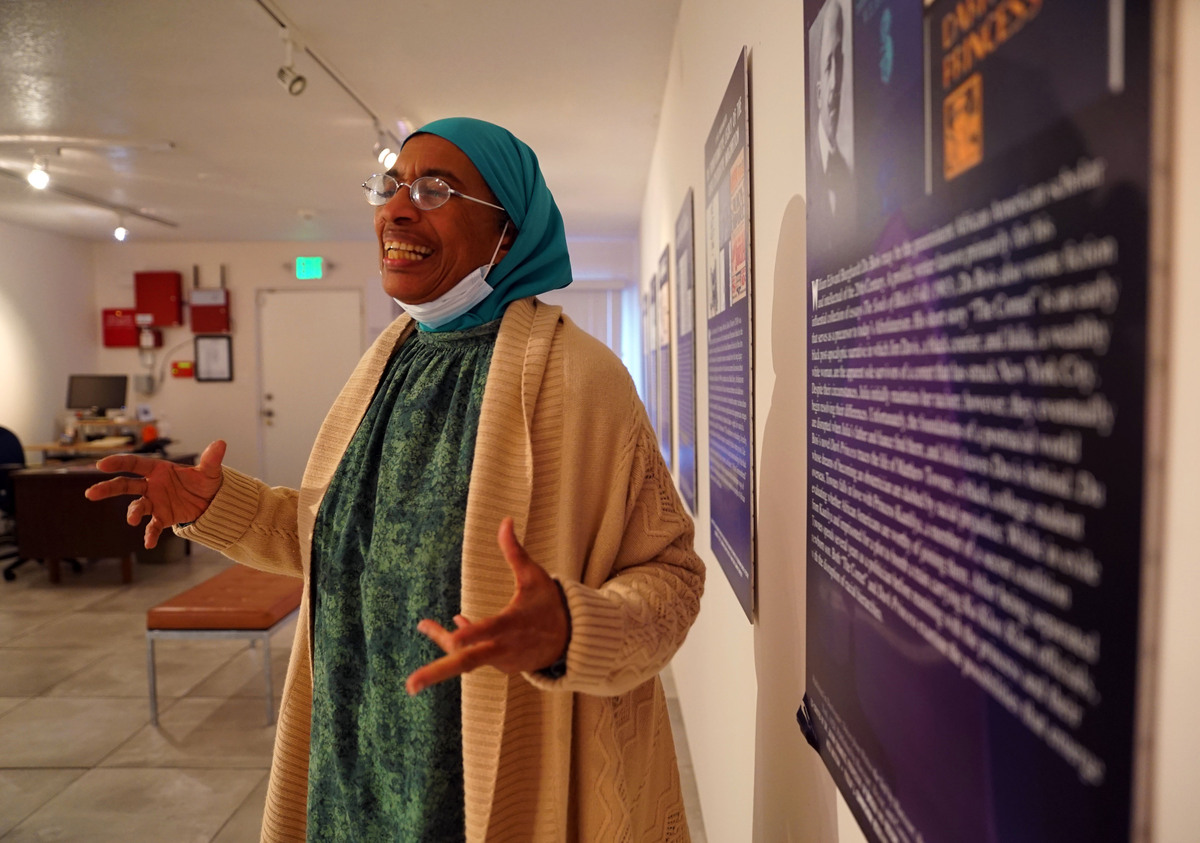 Just two doors down from the Association to Preserve the Eatonville Community, Dinkins' great nephew continues her legacy, in part, as the director of the town's Community Redevelopment Agency.

Michael Johnson says his biggest hope is that town residents find ways to be as civically engaged as his great aunt.

"I think one of the things we don't do very well now is engage our younger folks to be more engaged and more involved," he said.

Eatonville's mayor says now is a time for residents to take the future into their own hands. That's how they'll honor Dinkins' work.

"Somebody just gotta pick up the wheels that she was rolling," he says.

What direction the wheels should roll depends on whom you ask.