Accessibility links
Toledo Zoo Discovers Tasmanian Devils That Glow A conservation technician at the Toledo Zoo recently discovered the Tasmanian Devils had biofluorescent ears, eyes and snout. It's not exactly clear what purpose the trait serves in mammals. 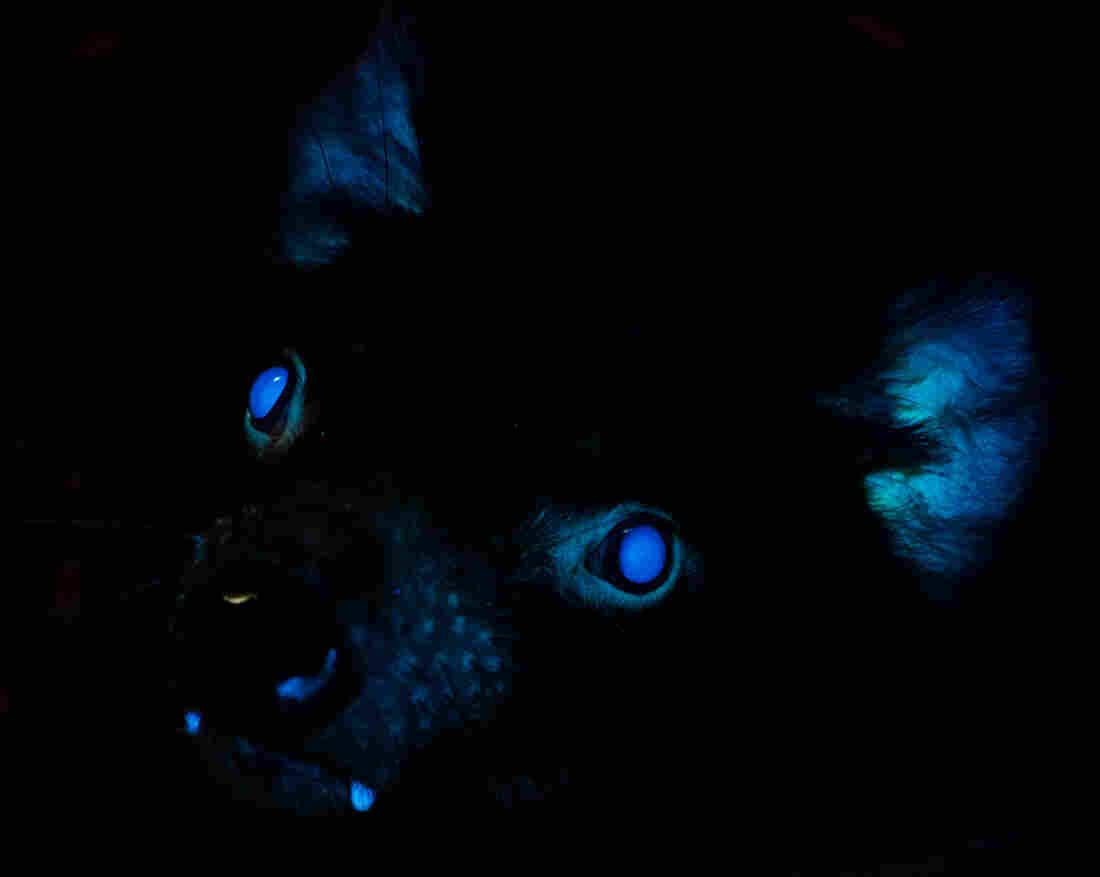 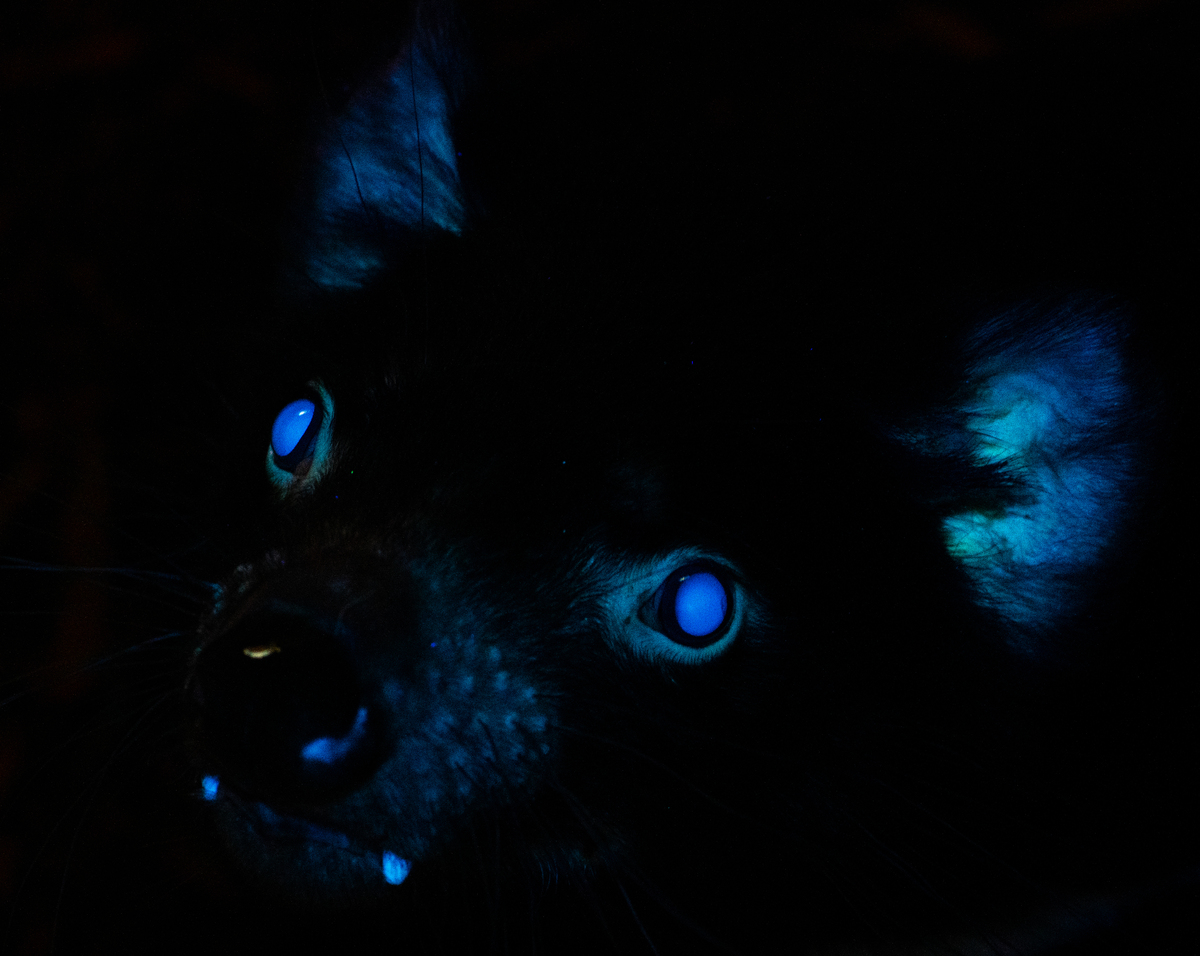 A conservation technician recently discovered that the zoo's Tasmanian Devils are biofluorescent.

You could say that a new discovery at the Toledo Zoo in Ohio is being met with glowing reviews.

A conservation technician recently discovered that the zoo's Tasmanian Devils are biofluorescent.

That's when animals absorb high-energy light and re-emit it. It's believed to be the first documented case of the evolutionary phenomenon in Tasmanian Devils.

Jake Schoen, the technician, told the Toledo Blade, he made the discovery using a special camera, which revealed glowing blue eyes, ears and snout:

"I have a modified camera flash that is filtered, so it only releases a very specific wavelength of ultraviolet light," he said.

In a dark area of their enclosure, staff lured the two devils, Bubbles and Spiderman, near Mr. Schoen using food rewards.

"The devils came right over for some food and I could take the photo just right over the barrier," he said.

University of Kansas biologist Leo Smith, an expert in biofluorescence, usually studies fish. He said though it's something more commonly found in fish, it's not a first for land mammals. There are biofluorescent platypuses, squirrels and possums.

'Holy Cow, The Waves Are Glowing!'

"There were things before fishes that were shown to be fluorescent but it's been fun to see it just spread all over the place and find out that we've just been missing this phenomenon globally," Smith said.

He said these findings are becoming more common as scientists are now on the lookout.

But he also said they tend to find biofluorescence not on faces but on other places on mammals — like bellies.

It's not exactly clear what purpose the trait serves in mammals.

"It's not something that you can necessarily come up with a really good explanation for why it might be there or what could be the advantage. Like a lot of things just evolve and they're not good or bad they're just whatever," Smith told NPR. "But in this case, that's what so cool about the Tasmanian Devil is that it's on the face, right? It's actually its ears and its eyebrows and it's sort of very expressive."

Smith said the glow might be a way to attract mates or for the nocturnal marsupials native to Australia to identify each other in the dark, but it's hard to know for certain.

The implications for this kind of discovery though, can go well beyond nature.

Scientists have used biofluorescent proteins from jellyfish to track cancer cells and the progression of HIV.

Smith also said it's possible some of these fluorescent discoveries could apply to other industries as well, such as less energy-intensive lighting for painted road and trail signs.

But Smith added it's possible there's no real practical reason for these animals to glow and that it's just another aesthetic feature.

"It makes the animal look cooler in the same way a blacklight makes a Grateful Dead poster look cool."